We use cookies to ensure that we give you the best experience on Hypable. If you continue to visit us, we will assume that you are happy with it.
2:30 pm EDT, April 20, 2020

Kristen Stewart started the 2010s as the highest paid actress in the world but also as the punching bag for people who saw themselves as too good for the Twilight franchise. She was mocked mercilessly for her perceived lack of talent.

In the intervening decade, she received the respect she has always deserved by acting in challenging films with some of the greatest auteurs working today, including Ang Lee, Kelly Reichardt, and most notably, French filmmaker Olivier Assayas.

In 2015, Stewart won Best Supporting Actress at the César Awards (France’s equivalent to the Academy Awards) for her first collaboration with Assayas, the English-language Clouds of Sils Maria. She was the first American actress ever to win a César.

In the film, Stewart plays Valentine, the personal assistant to the aging great-but-insecure actress Maria Enders, played by Juliette Binoche. Maria has just agreed to star in an All About Eve-style play about a veteran actress and an upstart — a play that launched her career 30 years earlier when she played the ingenue.

In one sequence, Maria and Valentine go see the latest film starring the actress who will be playing the ambitious newcomer opposite Maria in the play, and it happens to be a Hollywood sci fi blockbuster. 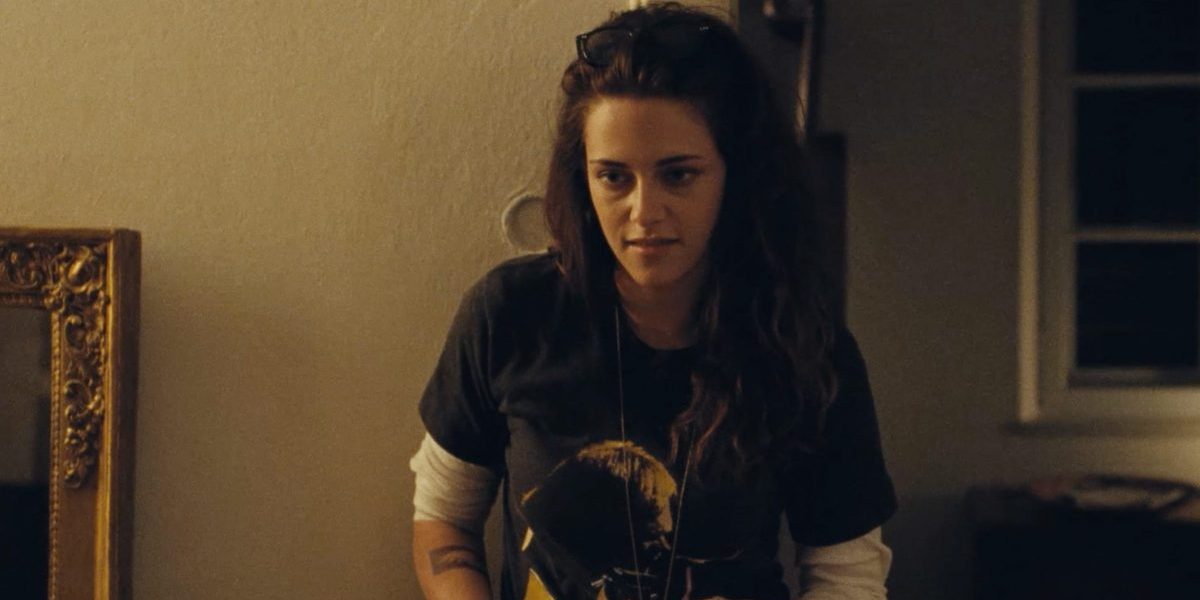 Maria finds the genre to be laughable, ridiculous, and unworthy of critical thought. Valentine, on the other hand, defends the genre. “There’s no less truth than in a supposedly serious film, she goes deep into the darker side of her character [here, Binoche responds only by bursting into her iconic infectious laughter]. It’s daring! It’s really daring, in a big movie like that, it’s fucking cool.”

Valentine goes on: “I find her totally fascinating. Despite her super powers [another guffaw], she’s emotionally defenseless.” These are the words of the filmmaker, but Assayas knows exactly what he’s doing asking Stewart to defend this position. The audience believes that Stewart, herself, genuinely agrees with her character’s statements on blockbusters.

And the thing is: She’s right. Not to be a hipster cliché about it, but I always thought Stewart was a great actress in a bad role in the Twilight movies. I remember defending her countless times between 2008 and 2012. She already had plenty of independent work under her belt to prove her bonafide with performances in Into the Wild and The Runaways.

Stewart has spent her career bouncing between blockbusters and more artistically challenging fare, but one never gets the sense with Stewart that she thinks one is more important or powerful than the other.

Some actors and filmmakers talk about the deal of “one for you, one for me” when discussing this kind of vacillating career. With Stewart, however, they’re all for her.

This past fall, Stewart appeared in the reboot of Charlie’s Angels, her first major Hollywood film since the 2016 film Billy Lynn’s Long Halftime Walk (and the first one she starred in since the final Twilight film came out in 2012).

The movie is almost painfully boring, but Stewart shines. She looks like she is having the time of her life in an incredible wardrobe and casually delivering witty banter that feels fresh and improvised. 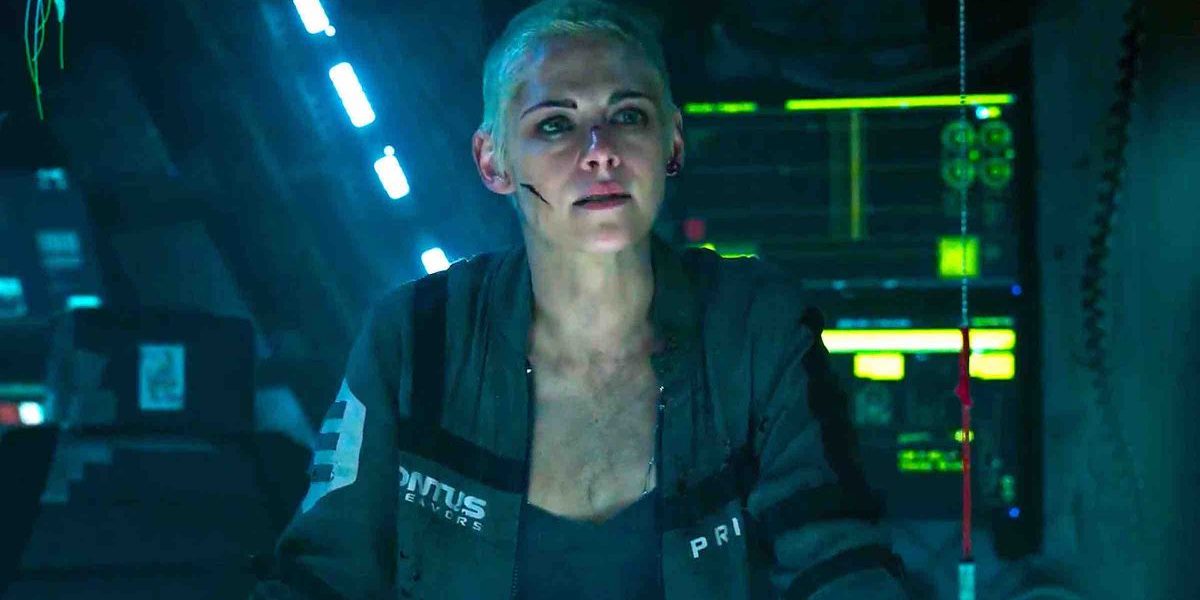 Stewart also appeared in the January 2020 release Underwater (now available for rent), in which she is the only actor in the cast who believably acts like a monster is trying to kill them. Her gasps and grunts and flicks of the eye are undeniably compelling regardless of what they’re about.

And sometimes that thing can be a surprise. In Charlie’s Angels, Stewart is the wisecracker of the group, which is seemingly at odds with this brooding, passive persona she has been plagued with for the past 10 years.

In her performances in the stoner comedies Adventureland and American Ultra (both costarring Jesse Eisenberg), Stewart had already proved her impeccable comedic timing, but in Charlie’s Angels, she exudes an easy confidence she had never drawn upon before.

Since starring in Twilight, critics and audiences alike have come to understand that Stewart is not inexpressive or wooden but that she is engaging a more internalized state of being, a style of acting that never betrays a poker face but is overflowing with passion underneath. It’s a style of acting we associate with someone like Isabelle Huppert. 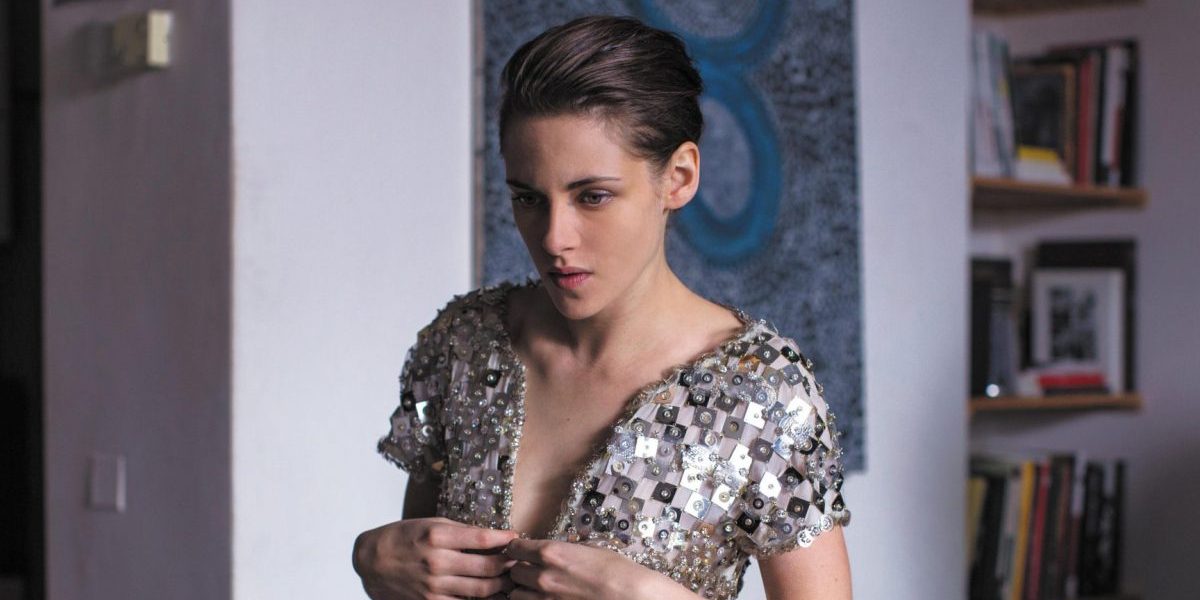 Kristen Stewart’s best performance to date is in her second collaboration with Olivier Assayas, Personal Shopper. It is a ghost story about Maureen, a personal shopper and amateur medium, who has recently lost her twin brother — who starts texting her from the beyond.

In what is honestly one of the most thrilling cinematic sequences of the past 10 years, Maureen receives the first texts from her brother while on the train between Paris and London.

The way the conversation develops, from frightening to emotionally raw to sensual (begging the question that maybe these are not messages from her brother) is due almost solely to Stewart’s changing expressions. She’s acting against herself and her emotions, no one else, filling each time the ellipsis bubble pops up with life or death tension.

I’ve never been able to keep my eyes off of Stewart, not since her performance in Sean Penn’s Into the Wild, which came out a year before the first Twilight film would make her one of the most recognizable faces on the planet.

She has always captured my imagination; I’ve always wanted to see what was hidden behind her piercing, unbetraying eyes. Kristen Stewart is endlessly watchable, even when the movies she’s in barely are.