‘Killing Eve’ season 3 review: A merciless season – but you just might love it

If you were expecting things to cool down around Eve and Villanelle in Killing Eve season 3, you’re in for a rude awakening.

I watched the first five episodes of Killing Eve season 3, and this is merciless. Did you think things were going to cool down after the main character got shot by the other main character? Well, it only gets more intense from now on. 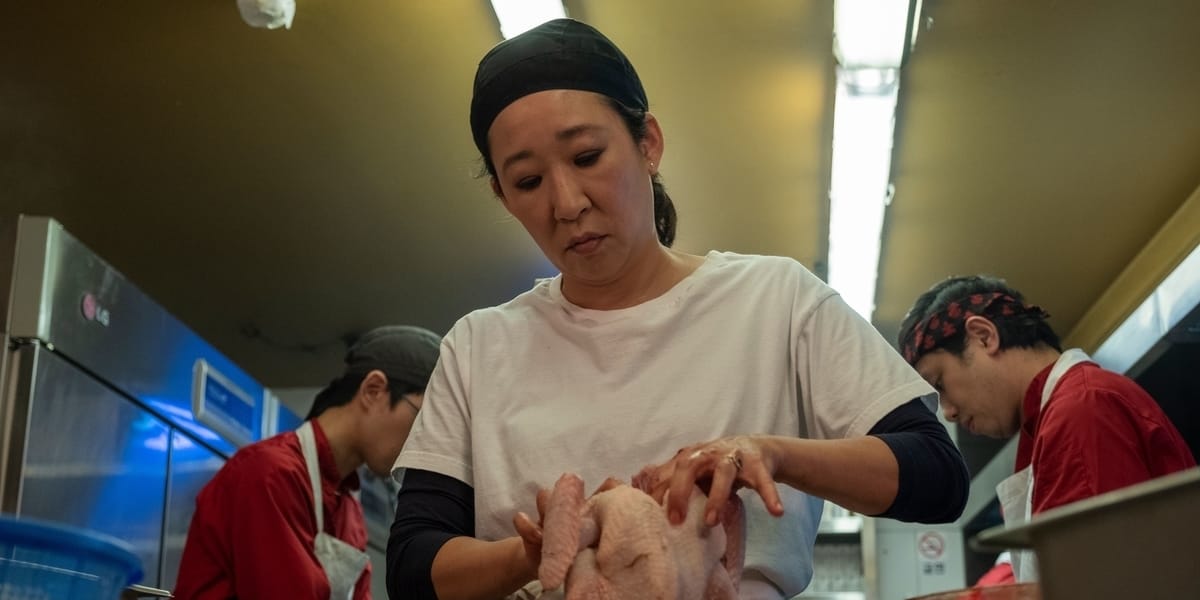 Season 2 left Eve, Niko, Carolyn, Kenny, Konstantin and Villanelle reeling from what they had all experienced.

With the start of season 3, we see that everyone is dealing with things differently: While Kenny and Carolyn explore new avenues for victory in their own ways (one by detaching from MI6 and the other by sucking up to annoying superiors), Eve is done with both MI6 and Villanelle. She just wants to live a quiet life, and maybe try to make it up to Niko… although it may be too late for that.

It takes a traumatic event for Eve to return to the chase; but this time, it’ll be on her own terms.

It’s in moments of extreme crisis that Eve and her team really get to shine, and the return of some character favorites (Irina!), along with the appearance of some captivating new ones — for the most part, complex, dangerous women in their own way — keeps the show fresh and fast-paced.

Eve also gets some intelligent new allies and a new office! (But Killing Eve has taught me to not get too attached to new office colleagues. I feel like they all just kind of disappear from the show after one season! We’ll see if that’s the case here.) 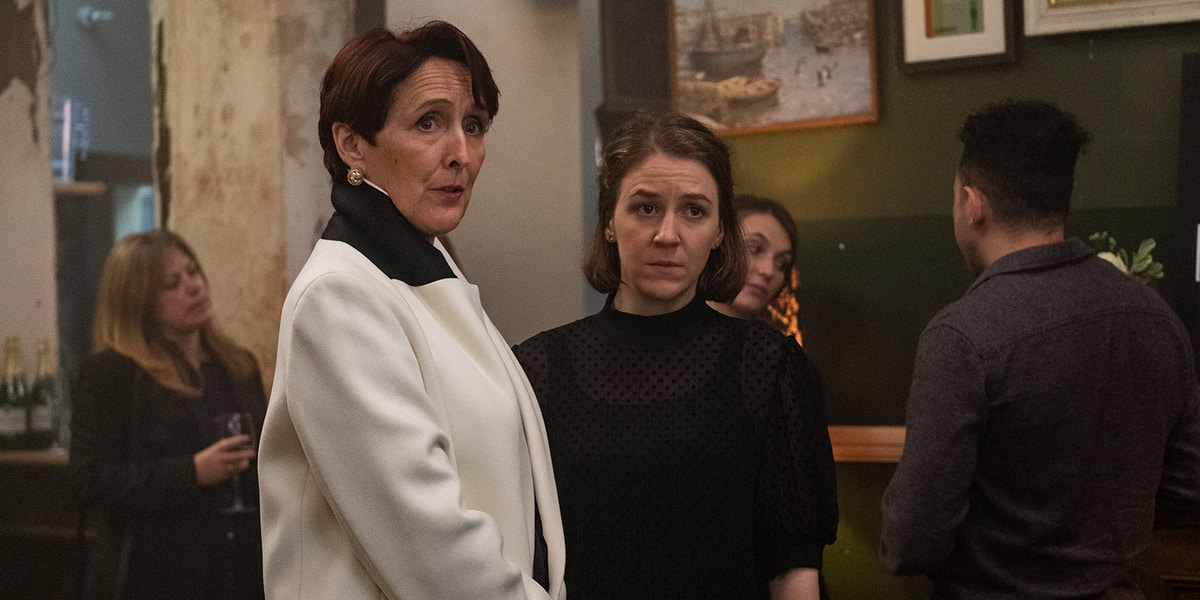 We get to see a little more of Carolyn and Kenny’s bizarre family with the appearance of Gemma Whelan’s character. If you can’t see her as anyone else than Yara from Game of Thrones, this is going to be a weird experience for you!

We also get some more insight into Carolyn’s personal life through her own eyes, and maybe begin to unwrap the mystery of who she is and what drives her.

Meanwhile, Villanelle has set her eyes on new, more ambitious horizons in Killing Eve season 3, believing her “ex” to be dead. But is the return of an old mentor, played by Dame Harriet Walter (Succession), a blessing or a new obstacle?

Still, there’s nothing more fun in Killing Eve than witnessing Villanelle’s creative assassinations, and season 3 isn’t shy about that. The costumes are back! The witty dialogue is back! There’s a literal murderous clowns scene. And her victims don’t know what hit them.

It’s only when she’s asked to be a team player that Villanelle isn’t the greatest, but she might have to get better at that if she wants to rise in the ranks of The Twelve. 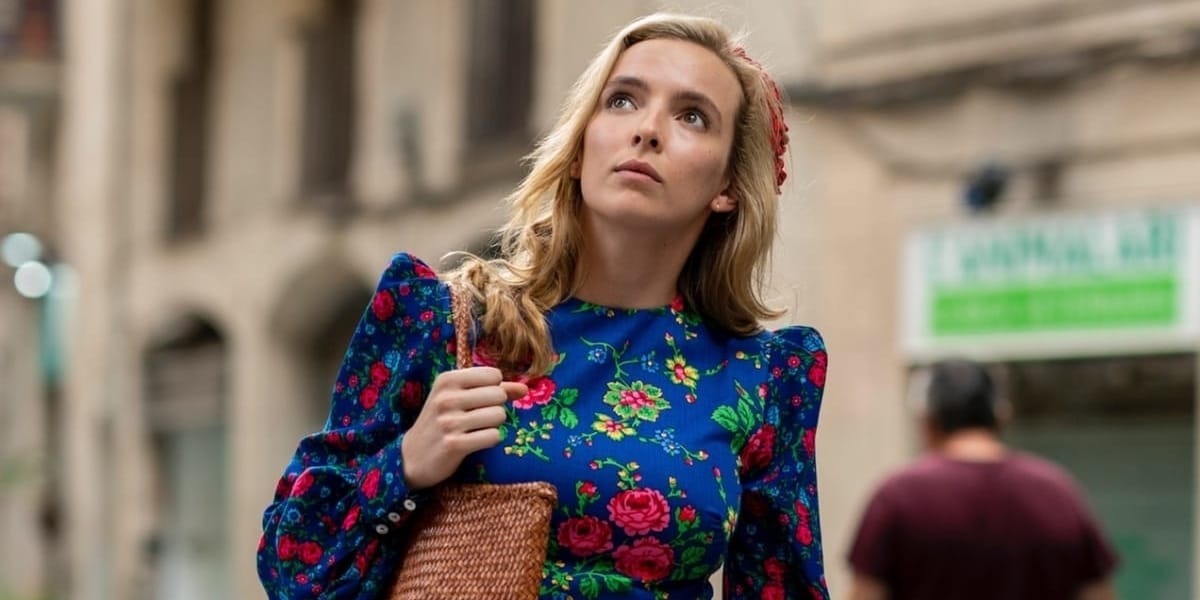 In Killing Eve season 3, we get a pretty detailed look into Villanelle’s childhood as Oksana, and begin to understand some of the traumas that turned her into the psychopath she is… was it nature or nurture? Villanelle may have some strong feelings about that.

But with Konstantin still in the fringes of her life, Villanelle’s loyalty isn’t always a sure thing… and her mysterious bosses may be starting to notice.

She and Eve are now inextricably connected to each other, whether they want to avoid it or not, and the consequences of Villanelle’s actions inevitably have consequences on Eve’s life.

It’s true that there were some moments when I felt that the show was slightly slower this season than in previous seasons, and Killing Eve season 3 is a little less glamorous than previous seasons, getting more down in the dirt than in diamond-studded Europe.

But I think that’s natural for any show, and fitting for where we’re at in the story. There are only so many ways that Killing Eve can surprise us after this long, barring major character deaths.

And brace yourselves; there’s a lot of shocking deaths this season… even worse than Bill’s in season 1. 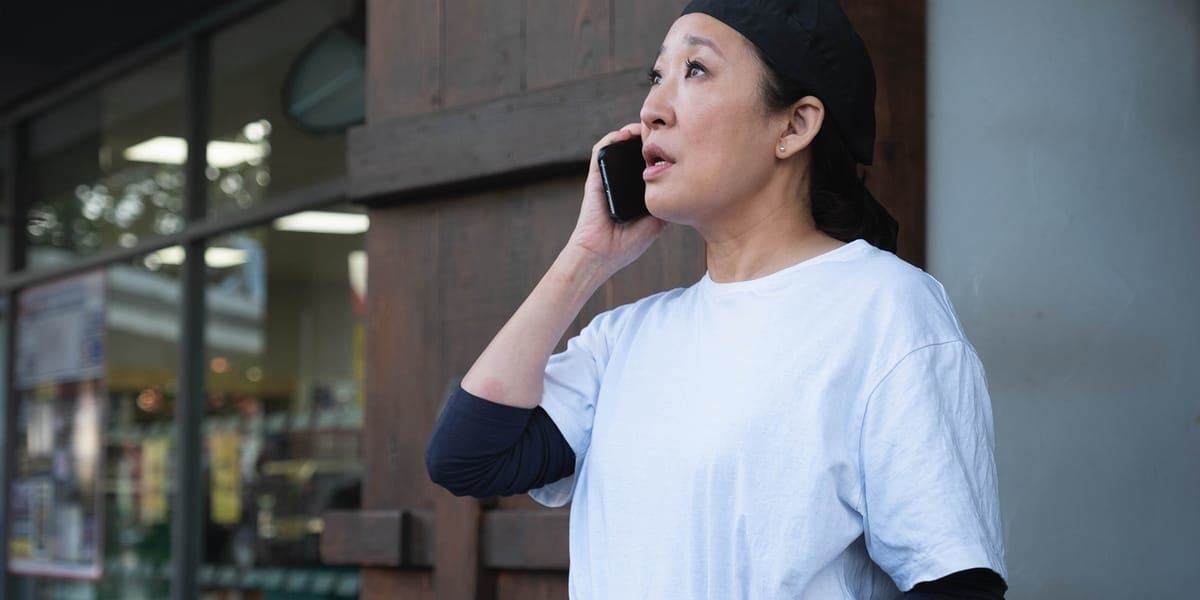 These deaths may be polarizing, and I’m not sure how the Killing Eve fandom is going to take them. But if there’s anything the showrunners know how to do, it’s to make the main characters shine in moments of terrible, horrifying pressure.

Sandra Oh and Jodie Comer continue to deliver amazing emotion and charisma, while also outshining everyone in any scene with emotion or action. And while I love every other character, at the end of the day, Killing Eve is about Eve and Villanelle and no one else.

And hey, maybe along the way we’ll get some of the Eve/Villanelle action we (and they) have been craving this whole time. Season 2 pretty much proved that the show wasn’t simply queerbaiting, but Killing Eve season 3 makes that obvious, in case you wanted to be sure.

Whether it’s for good or evil, Killing Eve season 3 is a gamechanger when it comes to the relationship between Eve and Villanelle. They’ll either come out of this season closer than ever, or hating each other more than ever. And that’s saying something.