We use cookies to ensure that we give you the best experience on Hypable. If you continue to visit us, we will assume that you are happy with it.
9:00 am EST, January 19, 2020

Season 1 of The Marvelous Mrs. Maisel showed us the unfortunate end and aftermath of Midge Maisel’s marriage, after her husband Joel (played by Michael Zegen) left her. And season 2 did an even better job of illustrating who Joel was and what kind of person he is becoming as a result of his terrible choice to leave Midge.

But with season 3, Joel is finally starting to build a life of his own — the right way, this time. And though his life now functions quite separately from Midge’s, he’s having to confront some old demons.

Season 1 showed us the downfall of Joel’s character. When Joel and Midge met, Joel was immediately attracted to her wit, beauty, and intelligence. But after some years of marriage, and as his ambitions to become a comedian grow, Joel’s vision of Midge starts to change.

A profound lack of communication when it comes to Joel’s ambitions is one of the key factors that causes the breakdown in their marriage. Midge does not realize how intensely Joel wants to become a celebrity — how much of a character-defining issue transcending his family is for him. She has a practical mind, and does her best to facilitate his success through her own skills as a socialite and a good observer. 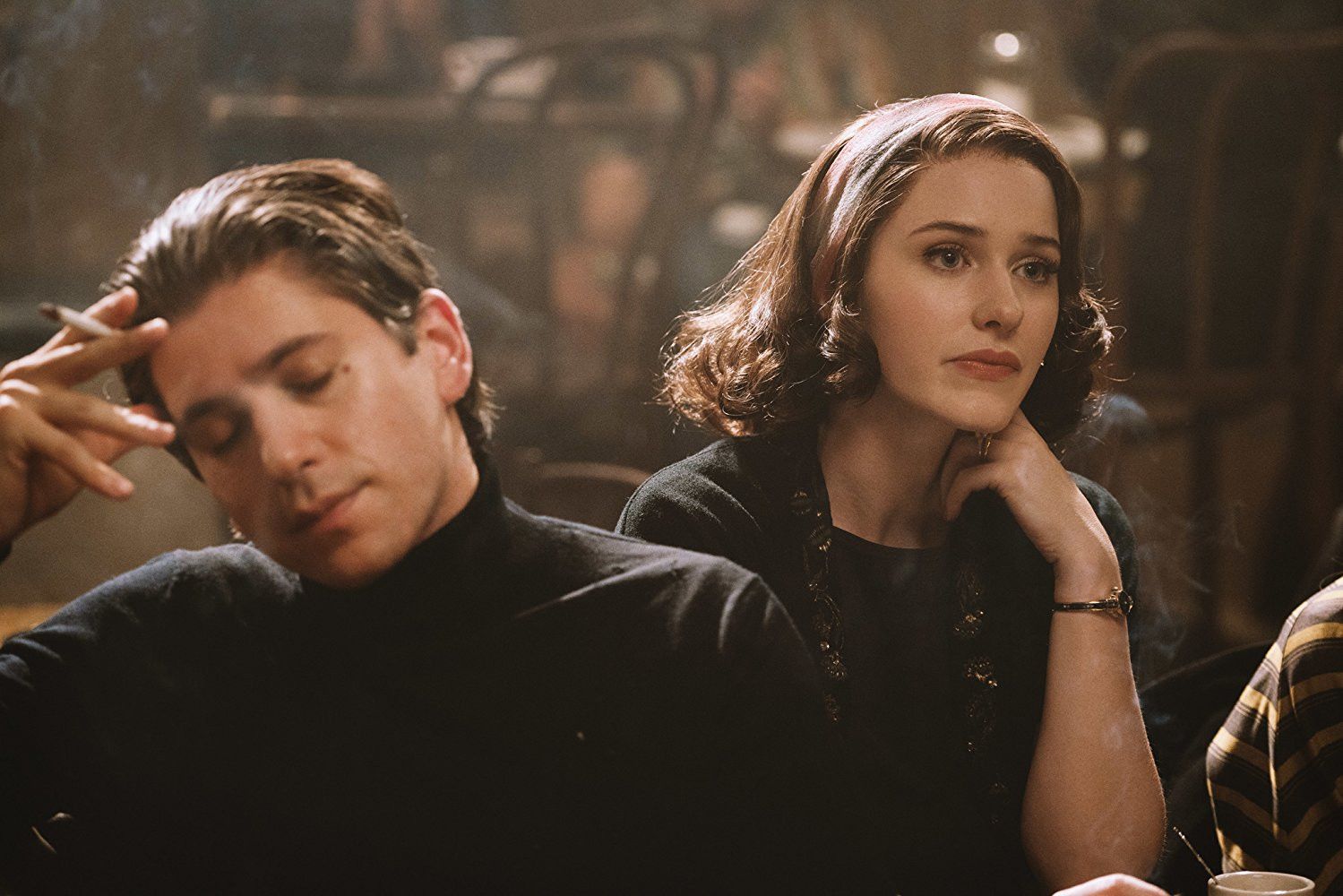 But it’s in helping Joel towards success that Midge puts herself in a position where she is key to all of his successes. Her presence — and Joel’s own meekness — make it so that Joel never actually achieves anything on his own. As a result, everything he admired about her becomes, in his mind, proof of how she is undermining his achievements.

Yet it’s Joel’s weakness that allows this to happen, and the quiet resentment he develops goes to show how unable he is to stand on his own feet. His insecurity before Midge’s skill makes him adopt Midge’s own victories as his own. He eventually sees her more as an asset than his wife, and associates his failures to her… and in his new, twisted mindset, he thinks his failure is because she is failing him, which culminates in him abandoning his family in a spur-of-the-moment, illogical decision.

Naturally, his tumultuous relationship with Penny Pan ends up becoming a flawed copy of his marriage to Midge and fails disastrously. As much as Joel idolized living like a starving artist, he doesn’t actually want to live like that. His fantasy is a childish one: a life without responsibilities, with a cute girl who thinks the world of him and never challenges his ego, and where he isn’t held to anyone’s expectations. It turns out that this isn’t a comfortable reality at all… which brings him crawling back to Midge. Except, by the time he has come back, having learned some of his lesson, Midge has profoundly changed as a person. She has learned her own worth, and channeled her skills towards a goal. She has become a great comedian, and she’s not going to easily fall back into Joel’s arms.

Ironically, it’s in season 2, at the moment when Joel realizes Midge is a comedian, that he shows how much he has grown. For the first time, he expresses himself honestly, explaining that he can’t be in a relationship with a comedian, because he’s too insecure. And it’s in acknowledging this that he makes the first step toward being a man worthy of Midge.

In the end, it’s Joel’s character development that is one of the most interesting parts of season 2. For the first time, Joel sets his mind to paying penance for the terrible mistake he has made and actually contributing to his family’s happiness rather than single-mindedly pursuing his own.

He goes against what his younger self wanted, and starts working at his parents’ company — in the trenches, rather than comfortably removed in a fancy office — and becomes committed to fixing all the issues he sees there. He works hard to be a good father to his children, and re-establish a good relationship with their maternal grandparents, accepting that it’s going to be a long process. He even manages to build a good rapport with his ex-wife, calmly accepting that his decision to leave (both times) brings consequences, and that he can’t expect anything else from her. Funnily enough, it’s through this lack of expectations, open communication and their commitment to being a joint front in the face of the social upheaval their separation has caused, that Joel and Midge finally start building a foundation for a good relationship. Even as they date other people, their attitudes start to change. As Midge comes to realize the consequences her career will have on her lifestyle, Joel begins to not only stand up for himself, but stand up for Midge.

This was particularly well-illustrated by him stepping in when Midge and Susie are in trouble at a bar in season 2, and he drives there to intimidate the manager for them. For once in his life, Joel does something noble without any expectations of gratitude, and without attributing any of Midge’s skills to himself. He stands up for her, accepting that she is amazing and will be a great comedian someday, something that his younger, self-centered self could never have done.

Joel has realized he made a terrible mistake the day he left Midge, but instead of wallowing in self-pity, he becomes a true professional. His growth is so evident that his father decides to let him go, so that Joel can pursue his real calling… and after some introspection, Joel gets an idea of what he wants to do, with a practical mindset, not a Penny-Pan fantasy. By the start of season 3, Joel Maisel is a completely different person from who he was in season 1… perhaps even more changed than Midge herself. It’s he who steps on the breaks when Midge, perhaps instinctively, tries to re-start a relationship with him. It’s he who tells it to her like it is, pointing out that she can’t pursue a comedian’s lifestyle without making changes to her family’s lifestyle.

And because none of it comes from where it used to — from that selfish, insecure side of him that’s riddled with expectations of who he and Midge should be — Joel actually becomes Midge’s best confidant. She knows she can count on him, even when they’ve had an argument, both for the logistics and just to celebrate her successes. Out of everyone she knows, it’s Joel who knows her the most completely — and Joel who offers the least judgement. Joel has become such a rock in Midge’s life that even Susie is drawn to him when she needs help; an incredible moment when you look back at where all the characters were at the start of season 1.

It seems that the story is leading Midge and Joel back to each other… but not just yet. Joel may have learned to be a good support system for Midge’s ambitions, but he still has to go through his own journey, discovering who he is. 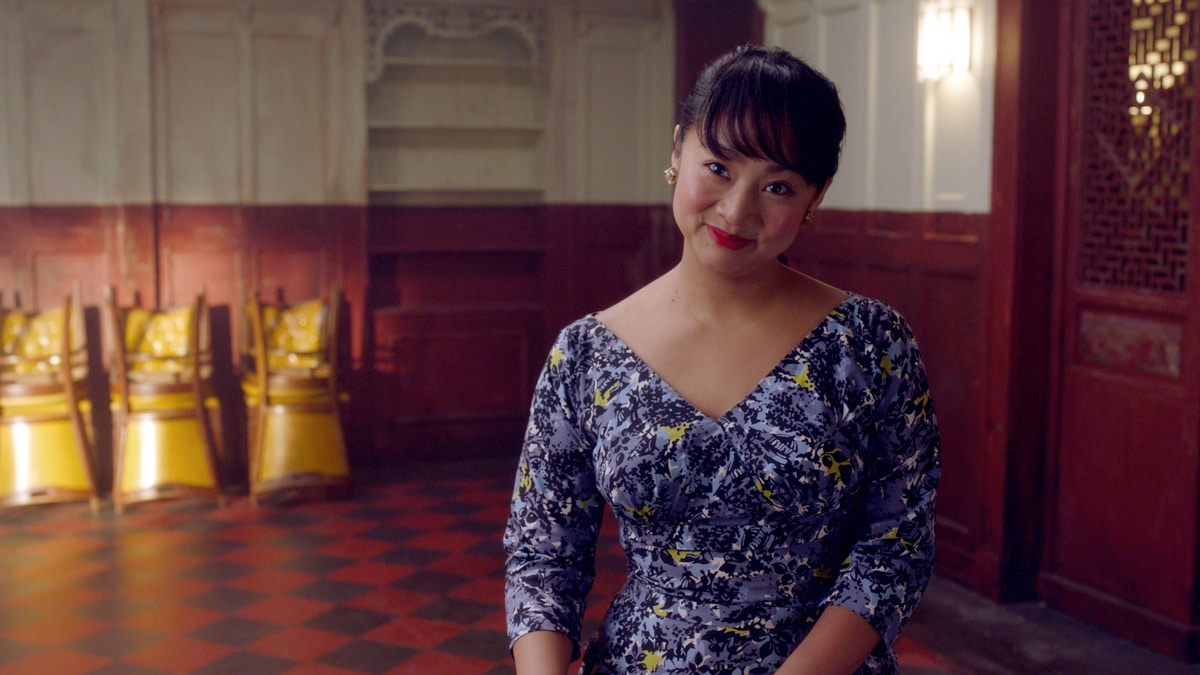 In season 3, Joel finally makes his outlandish idea to start a bar a reality. And he’s adamant about doing it all himself. He wants to prove that he doesn’t need help; that he’s an independent, capable man who doesn’t need the help of women.

And yet, of course, the only way to make Joel’s dream a reality is to enlist the help of a capable woman. Enter Mei — a woman just as sassy and smart as Midge, in her own way. She can help Joel navigate his new neighborhood, bypass bureaucracy, even furnish his new bar. She can take care of things for him, and also be his girlfriend. And Joel hates it.

It’s a fascinating twist for The Marvelous Mrs. Maisel. I would have expected the story to use Joel’s single-handed achievement of setting up a bar as proof of his character development; but that wasn’t it at all. At his core, Joel Maisel’s problem was never that he wasn’t capable — his problem is that he’s intimidated by capable women.

After all, who in the world can succeed in anything alone? By the end of season 3, Joel and Midge are good friends and amazing, supportive teammates. Joel and Mei have officially started a relationship, with Joel finally facing his demons and verbalizing them. And Midge and Mei have a ton of respect for each other — as they should.

To illustrate how far he has come, the Joel of season 3 actually punches his best friend in the face when it seems that Archie might be thinking about cheating on Imogene. He doesn’t enable Archie, but advocates for him to step up and be a good husband and father — all the things he didn’t do in his own marriage.

It’s a testament to how great a show The Marvelous Mrs. Maisel is, that it managed to depict the character growth of a man like Joel so realistically, without sugar-coating his failures, but also making him more three-dimensional than just his weaknesses.

Will The Marvelous Mrs. Maisel ever get Joel and Midge back together? Who knows. But at least we know it won’t be as simple as Joel repenting. It takes a lot to change who you are and fix the mistakes of your past — but at least we know that, for the first time in their story, Midge and Joel are finally a mutually-beneficial team.