We use cookies to ensure that we give you the best experience on Hypable. If you continue to visit us, we will assume that you are happy with it.
5:20 pm EDT, September 23, 2019

Jared Padalecki’s ‘Walker’ gets series order at The CW

Second Update 1/15: The Walker, Texas Ranger reboot starring Jared Padalecki has been given a series order at The CW.

Rather than simply giving a pilot order for Jared Padalecki’s upcoming Walker, Texas Ranger reboot — simply titled Walker, The CW has shown high confidence in the project by awarding it a series order instead.

The series order will extend the already decades long CW stay for Padalecki, who has had roles in Supernatural, which will end its 15-season run this year, and Gilmore Girls.

Walker will be a straight reboot of the original show, meaning that Padalecki will play a new incarnation of the iconic, titular character, rather than a descendent of him. It will follow Padalecki’s Cordell Walker, a widower and father of two, as he attempts to reconnect with his children, navigates clashes with his conservative family, and finds unexpected common ground with his new female partner — one of the first women in Texas Rangers’ history — while also growing increasingly suspicious about the circumstances surrounding his wife’s death.

First Update 10/11: The Walker, Texas Ranger reboot starring Jared Padalecki has found at a home at The CW.

Looks like The CW is just as much of a home to star Jared Padalecki is his home state of Texas is.

Deadline broke the news that the upcoming reboot/reimagining of the iconic Chuck Norris vehicle Walker, Texas Ranger will land at The CW.

This means that after bidding farewell to playing Sam Winchester on The CW’s Supernatural for the last 15 years, Jared Padalecki will stick around to jump start another show — which will hopefully be as successful as its predecessor and run as long as Padalecki’s soon-to-be former show.

Padalecki will be pulling double duty on the show — in front of the camera as Walker, and behind it as an executive producer.

This will be Padalecki’s third show in 20 years on The CW — his first playing Dean on fan favorite Gilmore Girls, then playing brother to Dean on Supernatural.

Original story 9/23: Fear not, Supernatural fans! Jared Padalecki has found his next TV role as the lead in the upcoming CBS reboot of Walker, Texas Ranger.

Supernatural may be coming to an end in 2020 after 15 seasons on the air, but Jared Padalecki fans won’t have to go too long without seeing their favorite actor on the air.

Deadline broke the news that the Supernatural star will be starring in the reboot of Walker, Texas Ranger that is currently in the works at CBS television students. The updated project will simply be called Walker, and will be an update of the iconic 1990’s version starring Chuck Norris. The original ran from 1993 – 2001 on CBS, and had a 2005 TV movie — all which produced solid ratings throughout its long run.

With a star like Jared Padalecki headlining the reboot, CBS is obviously hoping to strike lightning twice with the same character. 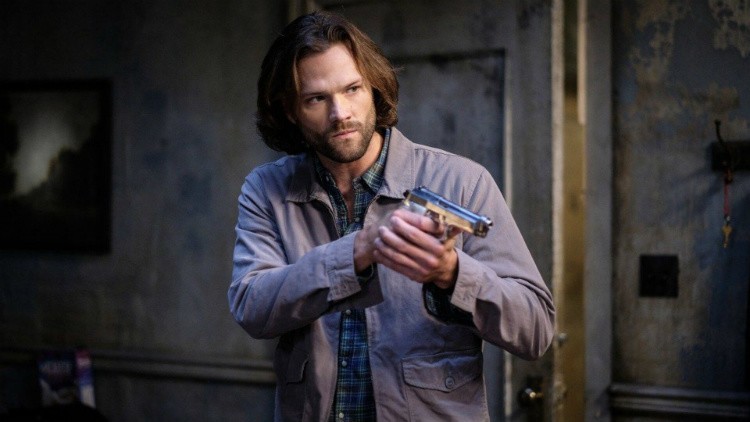 The updated Walker will star Jared Padalecki as Cordell Walker, a man who comes back to his family while serving in Texas’ most elite law enforcement unit. Padalecki’s character is a widowed father of two in the new show, who comes back home to Austin after two years of undercover work on an extremely high-profile case. However, once he’s back in Austin, he discovers that there is still more work to be done on the case he thought he’d shut.

Like the original, Walker will likewise have a female partner in the reboot — one of the only women in Texas Rangers’ history. The show is rumored to be a straight reboot of the original show, with a new incarnation of the title character, rather than a sequel where Jared Padalecki’s character would be related to Chuck Norris’ character.

Though the reboot has no home yet, CBS TV Studio is reportedly current shopping the project out to potential buyers. Deadline reports that the CW — the home of Jared Padalecki’s Supernatural — is a top contender for the new show, as is CBS, which aired the original version.