In case you aren’t familiar, In The Heights is the big screen adaptation of the stage musical written by Lin Manuel Miranda. It’s all about Washington Heights in NYC and the people who make it home. And it focuses especially hard on a man named Usnavi and his little dream of breathing life back into his father’s bar back in the Dominican Republic.

There’s a WHOLE lot more going on, especially with Sonny, Vanessa, Abuela, Nina, Benny, and all the rest, but that gives you a pretty good idea of what you’re getting into when you hit play on In the Heights. Prepare for onscreen magic.

And if you’re one of the handful of humans who have yet to experience the magic of Lin Manuel Miranda’s writing, you’re in for a real treat. His words paint the screen with vivid imagery and boldly realistic and complex characters. You really don’t want to miss this perfect summer treat. 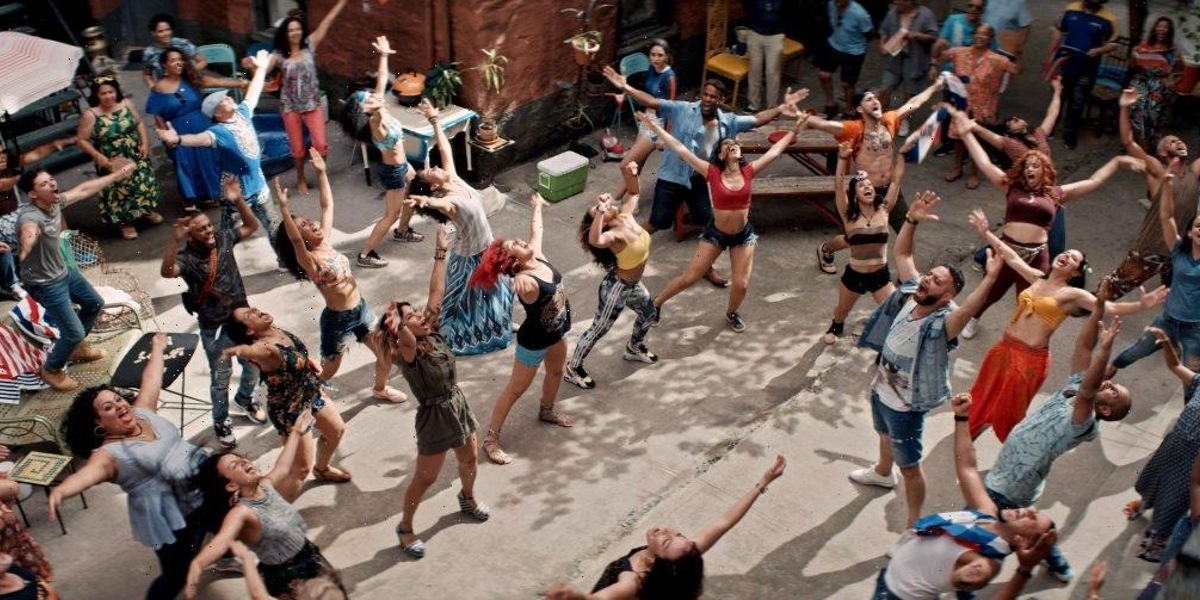 I mean, how can anyone not be excited about a Lin Manuel Miranda adaptation? There’s this special magic that pours out of the screen as his lyrics blend seamlessly from one song to the next, and I find myself humming tunes I had never heard before hours and even days later. And thinking of what exactly I needed most to talk about in my In the Heights movie review.

I feel fortunate to live in the same time as Lin Manuel Miranda. To be the generation that gets to experience his work at it’s outset. I firmly believe that decades from now, people will be telling stories about where they saw their first Miranda work or when they first heard Hamilton or In the Heights.

Related:Lin-Manuel Miranda has written a new song for the ‘In the Heights’ movie

And, since I am not lucky enough to live anywhere near NYC to be able to experience these new classics on the stage, I am beyond grateful that he is interested in finding ways to bring them to the big screen where people the country and world over can hear his words and experience his stories and characters. I hope that anyone reading this In the Heights movie review takes at least that much away. 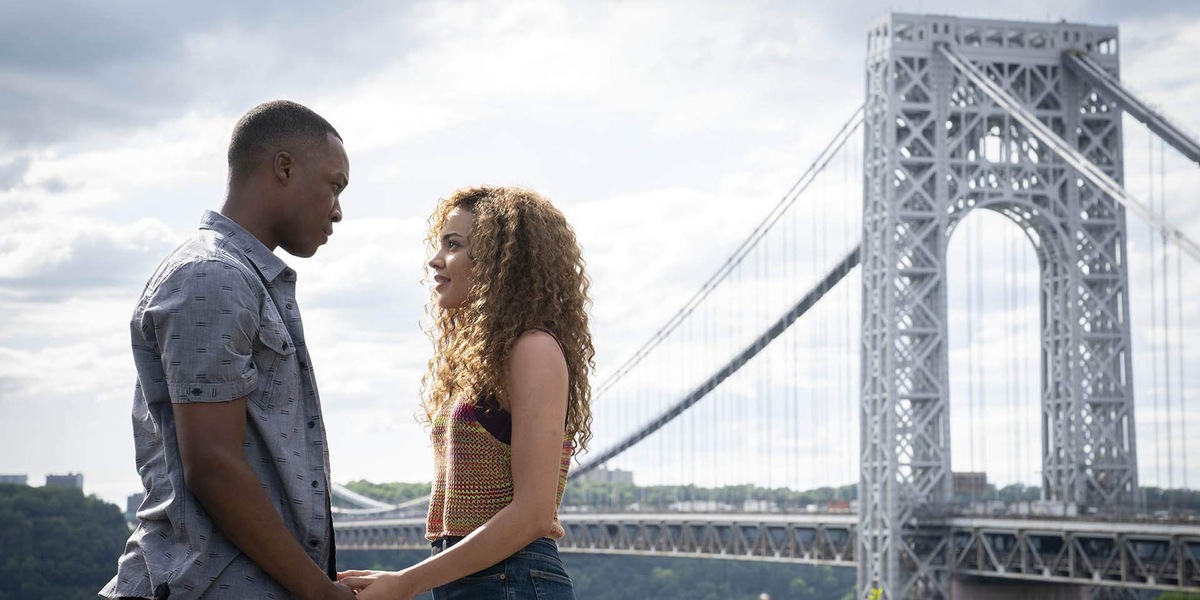 In the Heights is a true beauty from start to finish. We get to know so many characters and in such deep and profound ways. It’s not just Usnavi’s story or Nina’s story or Vanessa’s story or any combination of them, it’s a tapestry of personal moments, woven skillfully together with music and life to tell a grander story of a summer in Washington Heights.

Technically, this movie is incredible. Nothing took me out of the barrio the entire 2 and a half hour running time. I wanted to stay as completely enveloped in the music for as long as I could. The camera moves in and out of crowd numbers and from character to character with ease, the sound and music weave themselves into a world where it seems perfectly normal for a huge dance number to just happen, and nothing is flashy for the sake of flash.

I think that is just a demonstration of great directing. When a director isn’t distracted by what he could do with the camera or the lighting, but instead just lets the world he’s in dictate what best tells the story most unintrusively. Jon M. Chu is quickly moving his way up my favorite directors list as every film of his I see just gets so much right and brings stories to life in the most beautiful ways. 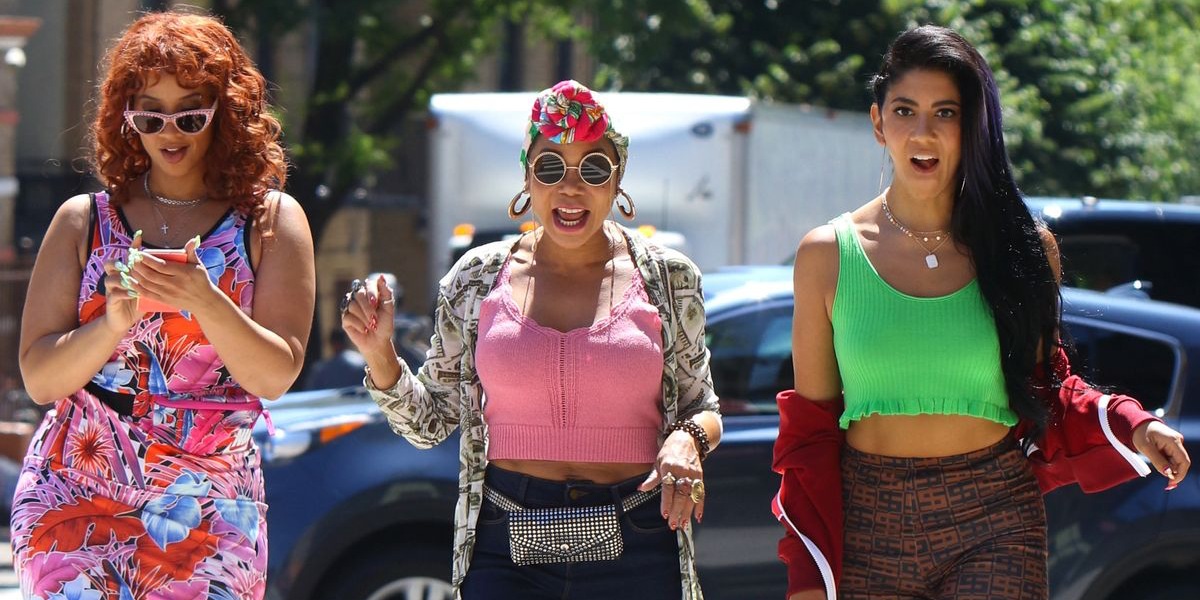 I also love that In the Heights doesn’t abandon its stage roots entirely, either. Perhaps most visible in “No Me Diga” when they clear out big display pieces to make room for the cast to move about, only to roll it back in to finish the song and put the salon back in its rightful order. It feels so Broadway and reminded me of how magical it would be to see this on the stage someday, too.

The casting in In the Heights is beyond perfect. Not only because they have some incredibly talented singers singing the perfect songs, but because their characters feel more and more real and authentic as the story goes on.

Anthony Ramos was the perfect man to play Usnavi. I really cannot think of a single actor who could embody the character’s playfulness, his good-heart, his dedicated dreamer any better. It’s as if it was meant to be. I am so grateful for the kinship between Ramos and Miranda, because I hope they continue to brings incredible stories to the stage and screen together for a long time to come.

I must name both Leslie Grace and Melissa Barrera in this In the Heights movie review, as both are exceptionally compelling performers. With the exception of Anthony Ramos, they carry a large portion of the movie’s hopes and dreams on their shoulders and they don’t appear to feel the strain. Both bear the story burden with ease and their solo musical moments beat with emotion and passion that doesn’t always translate easily from stage to screen.

Ultimately, I am really glad that this movie didn’t get a lackluster premiere last year while we were all locking ourselves away to keep our families, friends, and neighbors safe. This movie deserves to be celebrated and seen by all, on big screens, on small screens, on every screen. I truly hope the accomplishment of this film brings with it a multitude of more stories like it.

There really is nothing like a boisterous, exciting, heartfelt musical to jumpstart a kick ass summer. As we all emerge from our quarantines and venture out into the world again, I hope we all take a bit of In the Heights with us. Whether its with a safely unmasked smile to our neighbors, a held open door for a stranger, or maybe even a dance move busted out in a parking lot, there is so much we can take away from In the Heights.