We use cookies to ensure that we give you the best experience on Hypable. If you continue to visit us, we will assume that you are happy with it.
12:09 pm EDT, June 11, 2021

The Conjuring: The Devil Made Me Do It, the latest film from the Conjuring Universe franchise, debuted in theaters around the world and on HBO Max last weekend—making a killing at the box office with $24.1 million nationwide, continuing the successful trend that started with A Quiet Place Part II: the movies are back! The latest installment of the franchise, not to mention the previous films, remind me of one of my personal favorite horror movies, Poltergeist.

The Conjuring: The Devil Made Me Do It takes place in 1981, the year Poltergeist was filmed (it would be released in the summer of 1982). Like the franchise’s previous chapters, the latest Conjuring follows the real-life demonologists Ed and Lorraine Warren (Patrick Wilson and Vera Farmiga, respectively) as they try to prove that a demon has possessed a young man, Arne Johnson (played by Ruairi O’Connor), who is on trial for murder.

The film opens with the Warrens performing an exorcism on Arne’s girlfriend’s little brother, at which time the demon possesses Johnson. A month later, Arne kills his landlord, stabbing him 22 times. His defense strategy is to claim he was possessed, which the Warrens absolutely believe he is, so they set out to prove it retrospectively. 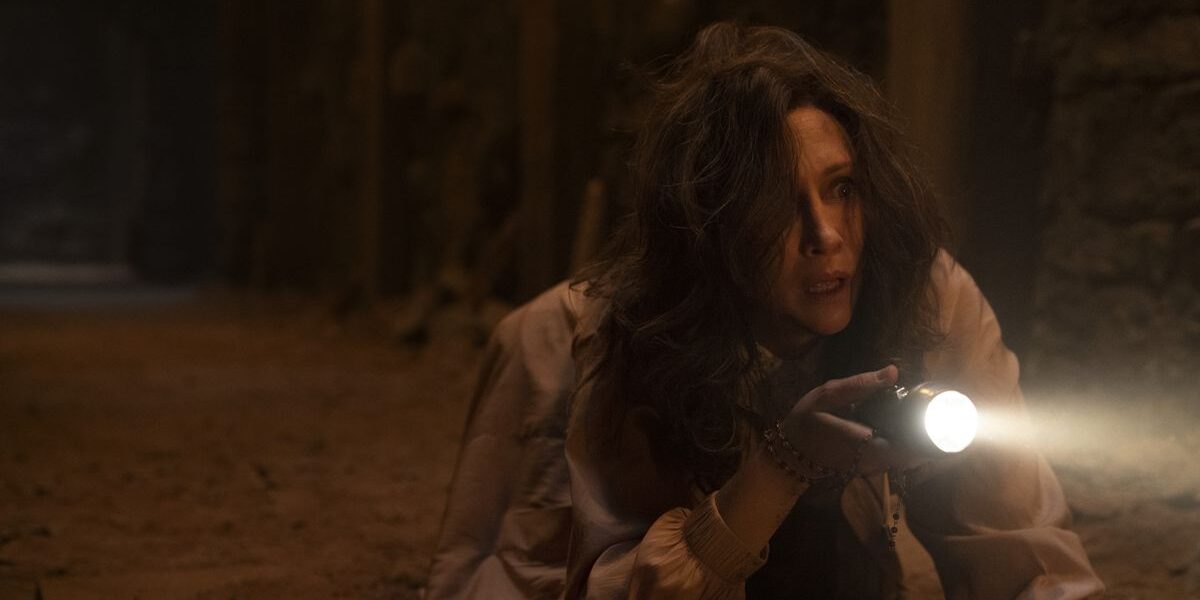 Poltergeist, on the other hand, is not a film about possession, but it still shares a lot of DNA with the Conjuring franchise. The film, directed by Tobe Hooper (though produced by Steven Spielberg from an idea he devised and script he co-wrote, a fact that has led many to speculate that Spielberg actually directed the picture—but that’s another story), tells the story of the Freeling family, whose house becomes haunted by numerous spirits.

Like any horror movie, the haunting begins slowly with bizarre events: a glass breaks at the breakfast tables, a cereal spoon is suddenly bent in half, chairs begin to slide. That night, a major storm blows through town and the tree outside the children’s window seems to come alive and breaks through the house.

The spirits pull the family’s youngest daughter Carol Anne into a portal which traps her in some otherworldly dimension within the house. Like the Conjuring films, the case is similarly investigated by a powerful clairvoyant, along with a group of academic parapsychologists.

The main point of comparison between The Conjuring: The Devil Made Me Do It and Poltergeist are the presence of incredible female roles and performances. Farmiga is one of the best actors working in Hollywood today, and her skills are on fully display as Lorraine Warren in the Conjuring films. 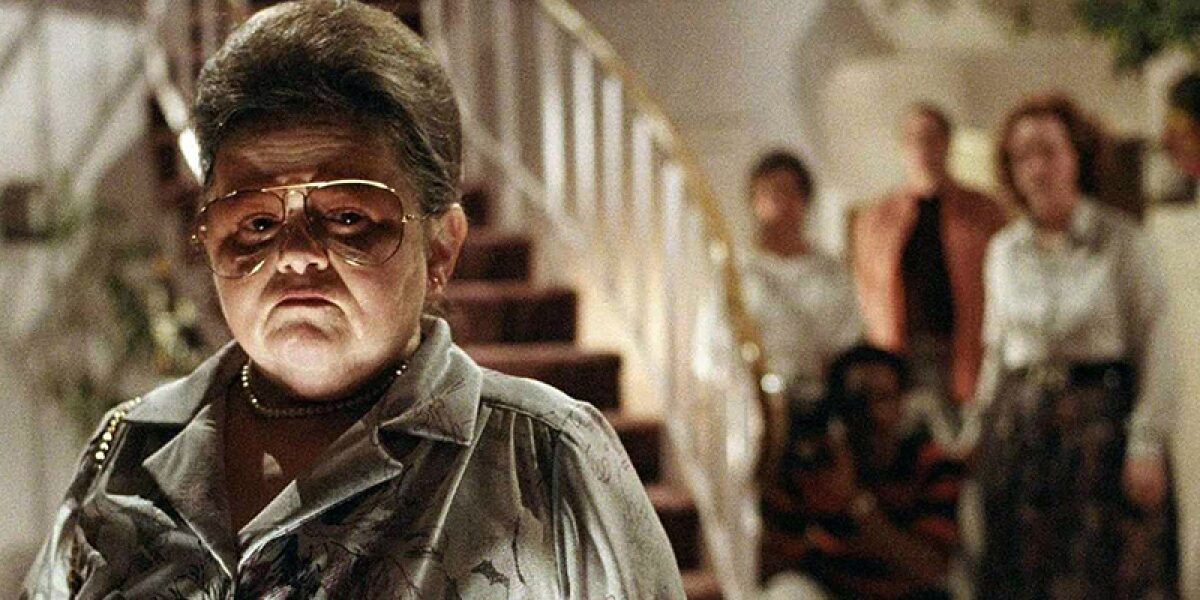 Farmiga has such a unique spirit and energy; ever since her breakout roles in The Departed and Up in the Air she has come to occupy a wonderfully weird place in the industry, taking on roles like Lorraine; Norma Bates, the mother of Psycho’s famed killer Norman Bates on A&E’s prequel series Bates Motel; and most recently, as a fragrance designer in a single episode of Netflix’s miniseries Halston which debuted a couple weeks ago, in which she eagerly sniff’s Halston’s lover’s jockstrap as a potential scent element for his perfume.

Farmiga brings a commitment and intensity that is almost too much for “normal” roles, which is why she excels in the Conjuring Universe. She lives in this high wire emotional frequency that most actors can only get to occasionally. But she immediately goes to this place, because it’s who she is in life: last week, in an interview with Mike Ryan at Uproxxx, Farmiga asked him if he believes in spiritual warfare no less than seven times. Clearly, she believes that the real-life Warrens actually did purge people of demons who were haunting and possessing them, which is also a beautiful aspect of her soul and comes through in the work. I hope that she feels she is really doing battle with demons when she makes these movies.

Poltergeist features several great female parts—from JoBeth Williams as Diane Freeling, a mother at her wits’ end trying to get her daughter back; Beatrice Straight as the kind, empathetic lead academic parapsychologist; and, most famously, Zelda Rubinstein as Tangina, the quirky clairvoyant hired to make contact with the spirit world and rescue Carol Anne.

Rubinstein was a stout woman, famously only 4’3” tall with a high-pitched, almost squeaky voice. Her character is not asked to engage in the same level of theatrics that Lorraine Warren is, but you still cannot take your eyes off her; with the uncanny presence she gave in all of her films, she confidently goes about the business of rescuing the daughter, and as an audience member, you trust that she is going to succeed. 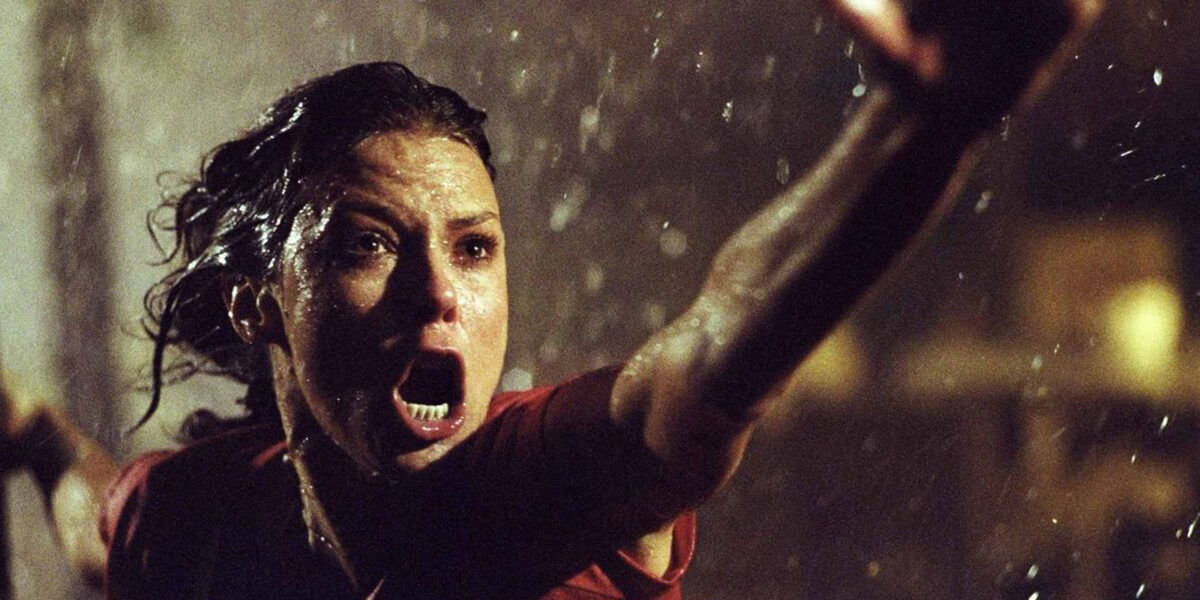 Williams also gives a remarkable performance as the aggrieved mother, by turns asked to be excited about the strange occurrences of the house (when, at first, they appear to be benign) to devastated at the loss of her daughter to near insanity over what is happening. At the end of the film, it is her character who goes into the other dimension to rescue Carol Anne, portraying a fierce maternal instinct that is almost unparalleled in Hollywood cinema. It’s a breathtaking performance to rival Farmiga’s in the Conjuring films.

There are few movies as subtly terrifying as Poltergeist, from the sequence in which one of the parapsychologists tears apart his own face in the middle of the night (though it’s a hallucination, he thinks it’s real at first, and so does the viewer) to the viscera and goo that covers more or less each character at some point—like when the family’s son is sucked into the demented tree outside, or when Diane and Carol Anne return from the other dimension.

The terrifying effects and the amazing performances make Poltergeist a great next watch for any fan of The Conjuring: The Devil Made Me Do It.

Both ‘Poltergeist’ and ‘The Conjuring: The Devil Made Me Do It’ are available on HBO Max, with the latter also available in theaters

Meghan Markle is teaming with Netflix for an all new animated series coming soon to the streamer.

The first trailer for Netflix’s Fear Street Part 3: 1666, and it teases an epic conclusion to the month-long trilogy event.