Cover reveal: Kyrie McCauley explores the art of ‘If These Wings Could Fly’

We’ve got the exclusive cover reveal for Kyrie McCauley’s stunning debut, If These Wings Could Fly — and Kyrie’s backstory on the evocative artwork.

The weird is married to the heartfelt, magical realism bound to the creepy atmosphere of Alfred Hitchcock’s The Birds, all wrapped up in the relatable web of YA in If These Wings Could Fly by Kylie McCauley. The official synopsis says:

Tens of thousands of crows invading Auburn, Pennsylvania, is a problem for everyone in town except seventeen-year-old Leighton Barnes. Residents complain about the nuisance, the strangeness of the birds. But for Leighton, it’s no stranger than her house, which inexplicably repairs itself every time her father loses his temper and breaks things. No stranger than growing up in a town full of people who look the other way. Leighton doesn’t have time for the crows, or for her classmate, Liam, even if he is funny, kind, and entirely too charming. It’s her senior year, and acceptance to her dream college is finally within reach. But grabbing that lifeline means abandoning her sisters. Which is a choice she’s not ready to face. With her father’s rage worsening and the town in chaos over the crows, Leighton allows herself a chance at happiness with Liam, even though falling in love feels like a revolutionary act. Balancing school, dating, and survival under the shadow of sixty thousand feathered wings starts to feel almost comfortable, but Leighton knows that this fragile equilibrium can only last so long before it shatters.

Here’s the exclusive first look at the cover of ‘If These Wings Could Fly’! 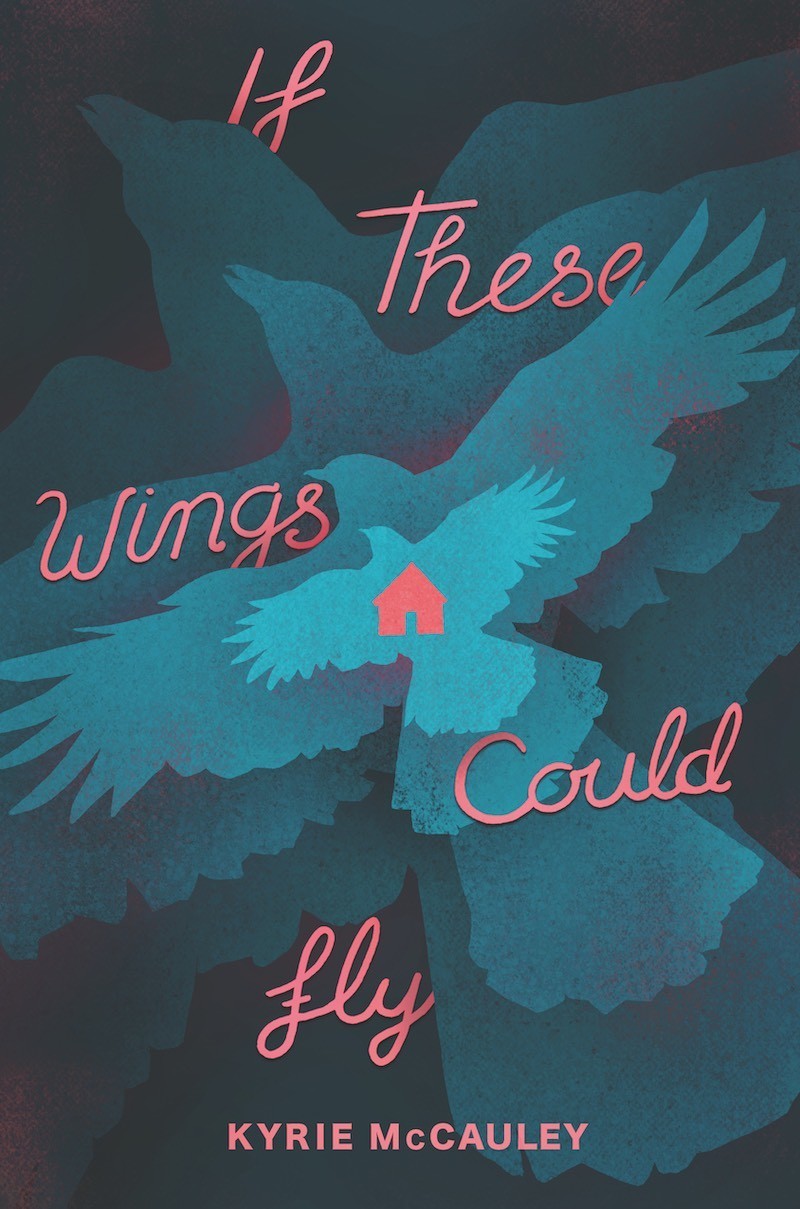 At its core, If These Wings Could Fly is a survival story. But instead of taking place on an island or lost in the wilderness and removed from human contact, this story takes place at the heart of it: in a small town, in a house that is shaped by domestic violence. This cover captures that feeling of isolation that victims know so well, with the house planted in the center and surrounded by a sea of blue. In this case, the blue happens to be the wings of crows. If These Wings Could Fly has some magical elements in it, and the crows are a huge part of that magic. I love how they echo each other on the cover, part of something larger than themselves.

The designer, David Curtis, did beautiful work with the contrasting colors. They mirror the contrasts in the story, the light and the dark, the hope alongside the fear. The colors are a little strange and whimsical, like a story we tell to keep the bad dreams away. The kind that gets us through the night. It’s a perfect representation of the story inside, and I’m thrilled to share it here today.

If These Wings Could Fly by Kyrie McCauley will be published on March 3, 2020.