If you’re wondering how to get into Elite Smash, you’re not alone. It’s a tough thing to accomplish with any character, but it’s not impossible.

Elite Smash is where the best of the best are pooled together in the Smash Ultimate online matchmaking system. It may seem like a bit of an elusive thing to grasp, but once you break it down, you’ll quickly realize that the title of Elite Smash player isn’t all that exclusive.

The barrier to entry seems to hover around 5.6 million GSP, which isn’t always that hard to achieve. To check the ever-rising GSP Elite Smash marker, check out this handy fan reported GSP tracker.

If you’re a veteran player who understands things like shielding, dodging, air dodging, counters, and grabs, you’ll be able to get into Elite Smash sooner rather than later. Think of getting into Elite Smash as more of a grinding experience. It takes a bit of a time investment, and yeah, a little bit of luck.

Some battles against someone with a GSP close to yours will seem much easier than others, but don’t let this throw you off, as the reverse can just as easily happen.

Take the easy wins where you can, and as long as you’re fitting into a similar matchmaking ruleset that you want, you’ll feel more comfortable within the battle conditions.

If how to get into Elite Smash still seems unattainable to you, know that you have a chance to prove your skills, and that there are many ways to give yourself a leg up over your opponents, both physically and mentally.

Take your time, take some breaths, and start training. Here’s how to get into Elite Smash in as quickly as one or two hours of grinding, per character.

How to get into Elite Smash

Start with your best

Start on a high note by choosing a character that you feel most comfortable with. If you’re not sure who you’d like to main, this is the best time to try out a few that seem interesting to you to feel out if they are a character that you could see yourself playing as more. 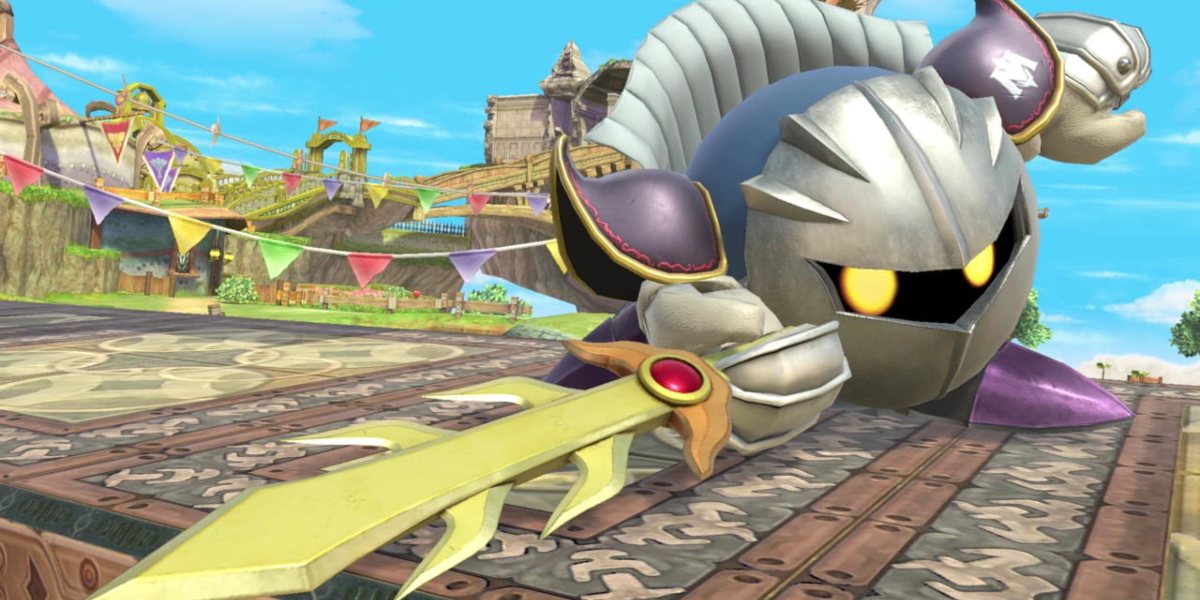 One on one battles

I’ve found that the most consistent way to gain the most GSP is to play against only one other player. Set your ruleset to a 1 v 1 preference, and more often than not, you’ll be matched up with a player of similar interests. 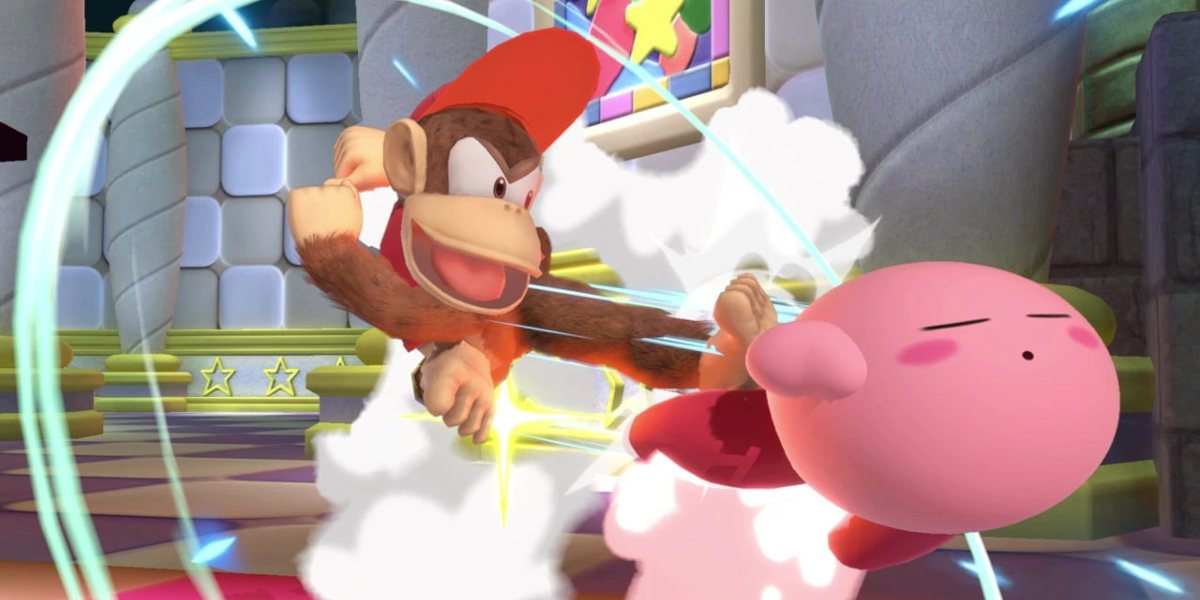 Also, make sure to turn on either Battlefield or Omega stages in your preferences, along with turning items off, making the battle 3-stock, and increasing the time limit to 7 minutes. These settings are the closest to official professional tournament rules, and therefore will match you with the least amount of “For Fun” battles. Feel free to use the Quick Battle settings, as the Background Matchmaking always seem to yield the same results in terms of matchmaking preferences.

Something funky about getting into Elite Smash in Smash Ultimate is that you can easily get in after a couple of ranked online battles if you’ve already completed the World of Light adventure mode. If you go directly to Quick Play after you’ve beaten World of Light, and if you win one or two matches, you’ll likely be guaranteed an in through the Elite Smash doors. 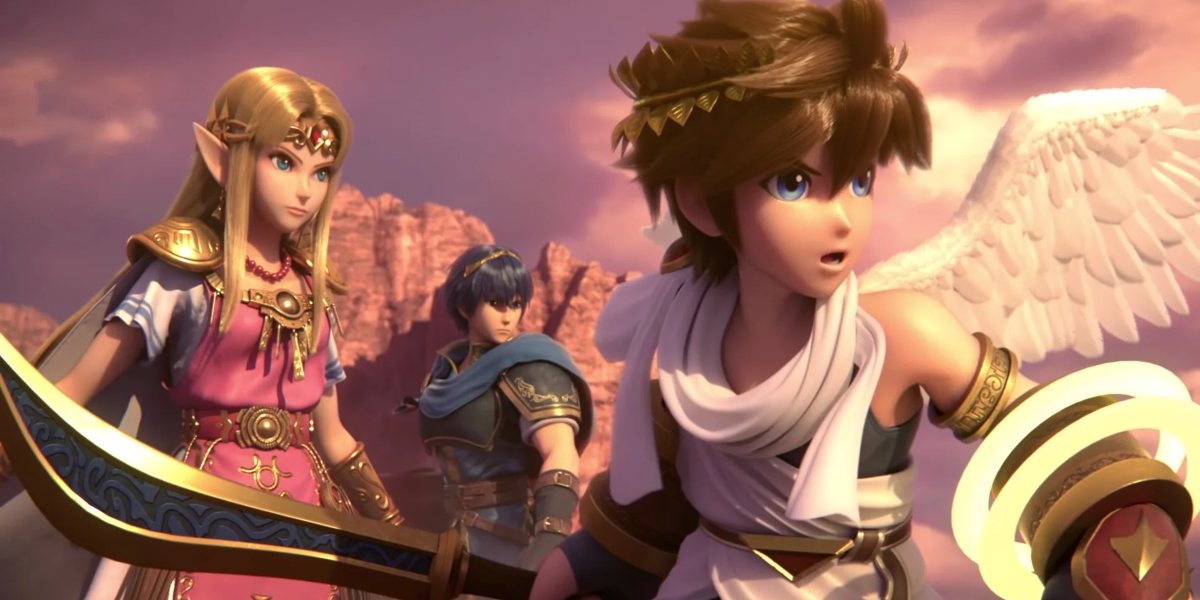 This seems to work better when you’re attempting to enter Elite Smash as the character that you played as mostly in World of Light. Your GSP from the adventure mode transfers over to the game’s online play, making this one of the easiest means of getting into Elite Smash in Ultimate. Also, you may find that your roster GSP will help you in a similiar one-match-to-win way. Either which way, be careful to try to win your first Elite Smash battle when you are playing as a character in ranked battles for the first time.

Trolls are trolls for a reason. They’re there to make your Smash experience as miserable as is possible. I’ve found that the two characters that do the worst trolling are campers Samus and Mii Gunner. While Samus has some pretty good means of camping you out for a whole battle, there seems to be a subgenre of Mii Gunner fighters that spam their annoyingly fast and powerful side b missile. 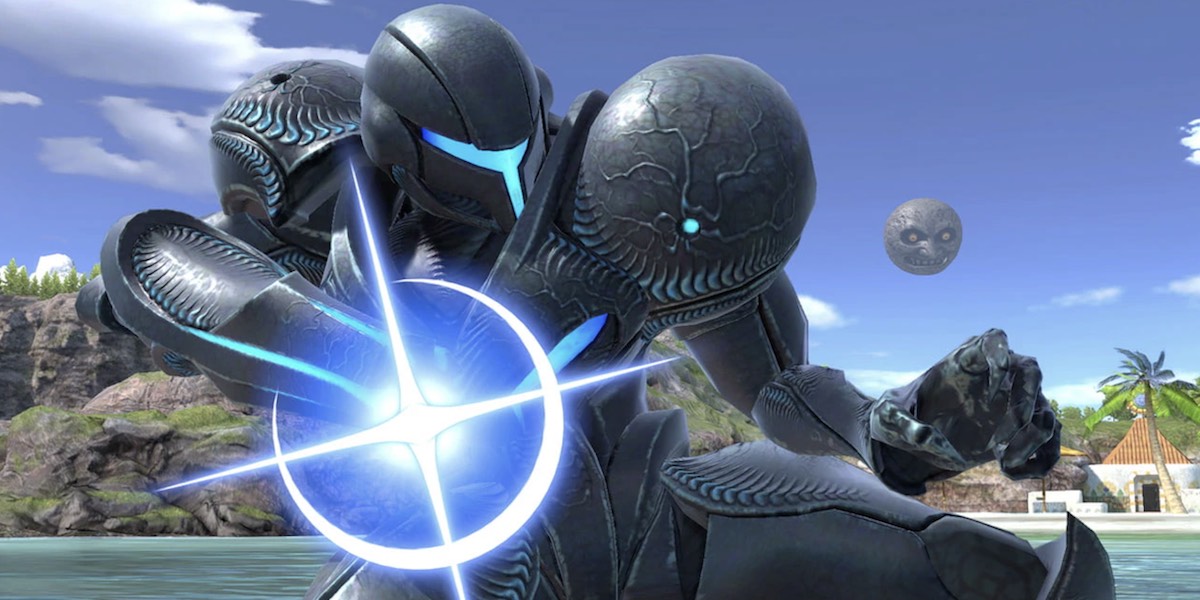 To add insult to injury, they will likely have items, the final smash meter, trophies, and random stages on, meaning that they’ll almost always win. It’s near impossible to break through their side b spam, and if you do, they’ll likely grab you, run away to the other side, or depend on one of the trophies that they’ve activated to take you out. While online battles in Smash Ultimate will switch between your ruleset and your opponent’s, it seems as though the trolls get their ruleset much more than your own. That’s probably just because they’re annoying to play against on any given ruleset, but the fact remains: if you are facing a camping troll that only runs away, do not fight them again. They are a GSP suck, and will make getting into Elite Smash all the more difficult.

Now that there is a clearer distinction between the normal and Elite Smash battles, it can be a little more difficult to maintain your high GSP. When you enter Elite Smash, you’ll get a message prompt that will inform you of your status. This will end your battle with your previous opponent, which potentially costs you some easy GSP gains, seeing as they were easy enough for you to beat in the last match. Unfortunately, the same works for when you are kicked out of Elite Smash. While getting booted from rematching an opponent after leaving Elite Smash may seem like a minor inconvenience, it also hurts your ability to come back at your opponent after you have learned their playstyle. The only advice that I’d give you here is to avoid living in the gap between Elite and non-Elite Smash. Do so by maintaining a couple of serious, GSP grinding battles once you’ve entered Elite Smash, thus ensuring that if you lose a battle or two, you won’t be kicked out of Elite Smash immediately after getting back in.

I know that it’s hard to take a battle with items and assist trophies seriously, but sometimes, you’re going to just power through them. Even with battle settings on “no items” and “no normal stages,” the Smash Ultimate matchmaking system will still pair you up with a player that is more into the randomness of items and stage hazards. 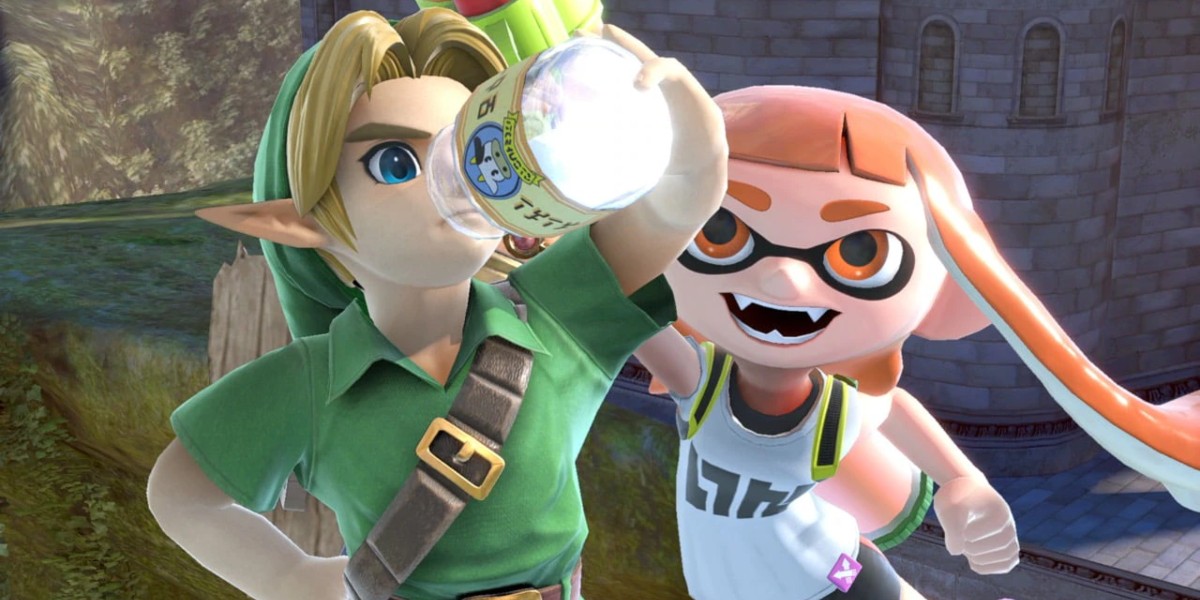 This happens every once in a while, but with every update to the game, the matchmaking system has been improving. It will likely be easier to win these item battles that most, seeing as your opponent is relying on a handicap to try to be as good of a player as yourself. Keep that boost of confidence, and swagger your way through these unfortunate matchmakings.

'Smash Ultimate' tier list: How to combat and defeat the top five

Absolutely every player has a playstyle that can be read, or predicted. Do so by watching them, as opposed to yourself. If you watch your opponent’s approaches, you’ll soon learn their patterns, thus allowing you to combat them with relative ease. A common example of this is of reading a player that is fishing for grabs. Without a mixup, it’s pretty easy to predict that a player is fishing for a grab when they approach and shield immediately, wait in shield well after you’ve attacked them, or stand still with their back to the ledge. 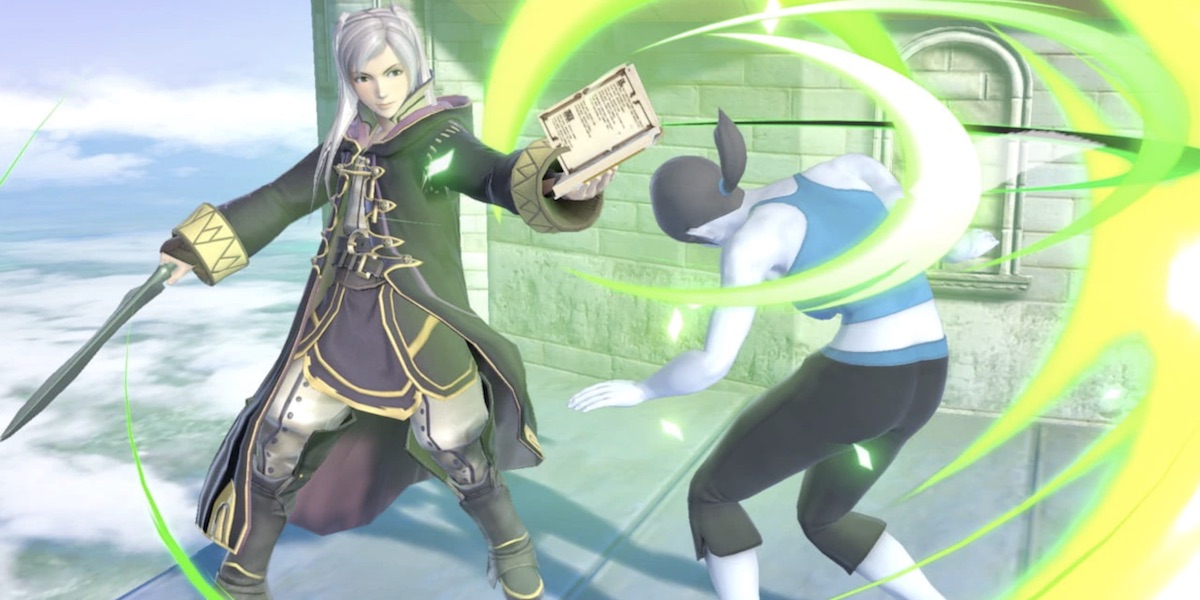 If you’re playing a projectile bearing character, harass them with any given projectile until they approach you unsafely. If you don’t have a projectile to goad them on with, get creative. Think of using moves like Ganondorf’s down b as a surprise, or Lucina’s side or neutral special. Keep your mixups fresh as you read your opponent to earn yourself some good GSP grinding.

Know when to quit

This is probably the most important lesson to learn when training to get into Elite Smash. There will come a time when you’re playing against a player that far outskills you, and they just won’t stop rematching you. You can look at this scenario one of two ways:
1. You can keep playing them to gain skill, but lose GSP.
2. You can also quit while you’re still ahead to maintain your higher GSP score. 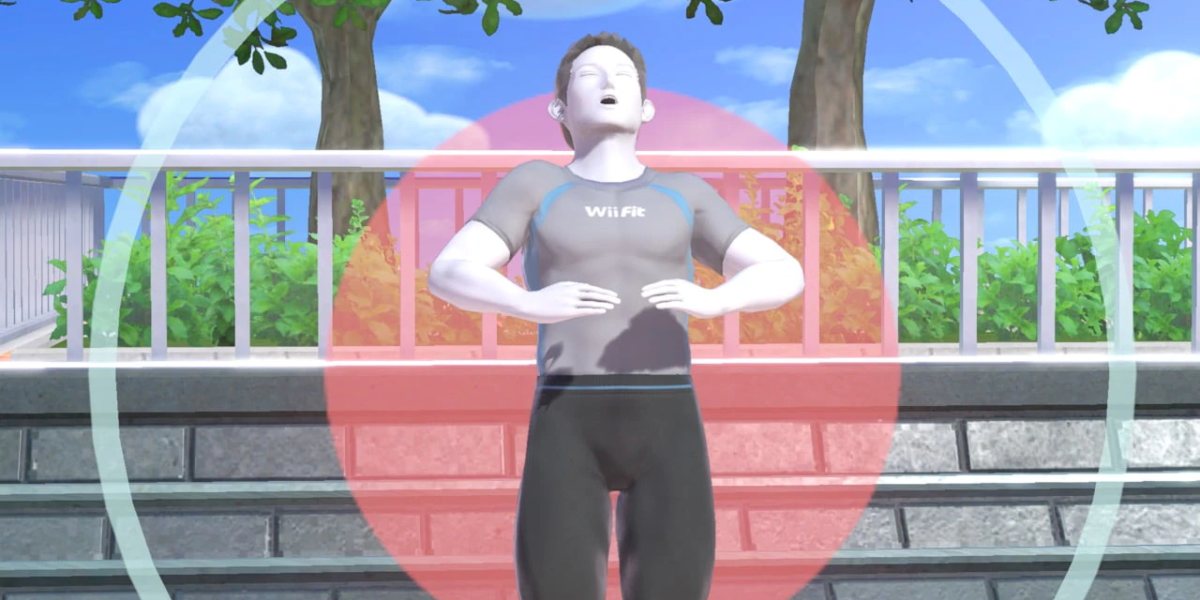 Either way, you aren’t really losing per say, but in my opinion, you have to see how this one plays out in individual scenarios. Take the wins where you can, but understand that it takes some losses to learn your mistakes, and ultimately, become a better player.

Remember that at the end of the day, this is meant to be a fun experience. You’re going to lose some seemingly important battles, but you’ll be okay! Dust yourself off, learn the lessons that you can from the lost battle, and know that you will one day get into Elite Smash in Super Smash Bros. Ultimate.

If you’re finding that there are still some characters that are giving you consistent trouble, check out my guide on how to combat top tier characters like Peach and Pikachu. Happy smashing!