We use cookies to ensure that we give you the best experience on Hypable. If you continue to visit us, we will assume that you are happy with it.
5:00 pm EDT, September 7, 2019

How should ‘Grace and Frankie’ end? Our goals for Netflix’s iconic duo

Netflix just told us that we only have two more seasons before the finale. How do we want Grace and Frankie’s story to end?

Grace and Frankie has been a delight to watch over the past five seasons. Not only do Jane Fonda and Lily Tomlin create a hilarious, realistic and emotionally moving depiction of life in your seventies together — but they’ve made it accessible and even relatable to younger people, too. As a woman in my twenties, I never expected to spend so much time watching characters my grandparents’ age — but as soon as the next season comes out, I’ll be binge-watching!

However, Netflix just announced that Grace and Frankie is coming to an end. We’ll get season 6 in January 2020, and then a final season 7 to say goodbye. It’s sad — but it’s also a good thing. When so many shows stretch out endlessly until there’s no quality writing left, it’s good that Grace and Frankie can end their story on their own terms.

Still, there’s a lot to resolve in the coming seasons if we want a satisfactory ending (along with the usual laughs and heartwarming moments)! By the series finale, I hope Grace and Frankie will achieve the following: 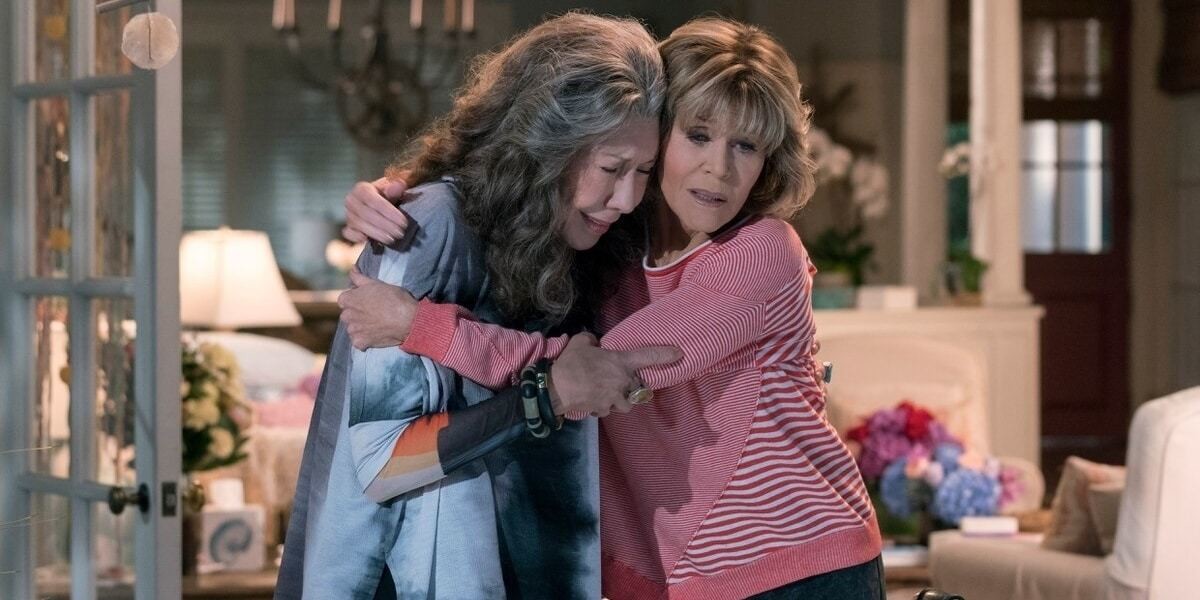 Have a friendship beyond codependency

A big part of Grace and Frankie’s story has been their dependency on each other. After all, that’s why they became friends in the first place: bonded by shared grief and confusion at the end of their respective marriages, they had to get over their dislike of each other and live in the same house.

Without their husbands, they found themselves relying on each other to live a full, vibrant life — a life, in many ways, happier than the one they had before. Grace helped Frankie gain some semblance of structure and wisdom in moments of difficulty, instead of enabling her sometimes destructive scatterbrained plans. And Frankie, in turn, helped Grace overcome her crippling fear of what others think of her and learn to truly enjoy life.

But this reliance on each other has led them to codependency. In the last few seasons, both Grace and Frankie have tried to live independent of each other and follow their own goals for their careers, hobbies and relationships. But time and time again, their attachment to each other has stopped them from fully thriving: whether it’s jealousy of each other’s success, fear of being alone, or insecurity in the face of new people entering their life, they constantly manage to self-sabotage and sabotage each other.

It’s understandable that things like this would happen — after all, they’re still in the process of putting their new lives together, a process that takes years. But by the end of the show, Grace and Frankie need to learn how to live full lives on their own, while still finding joy and support in their friendship with each other. 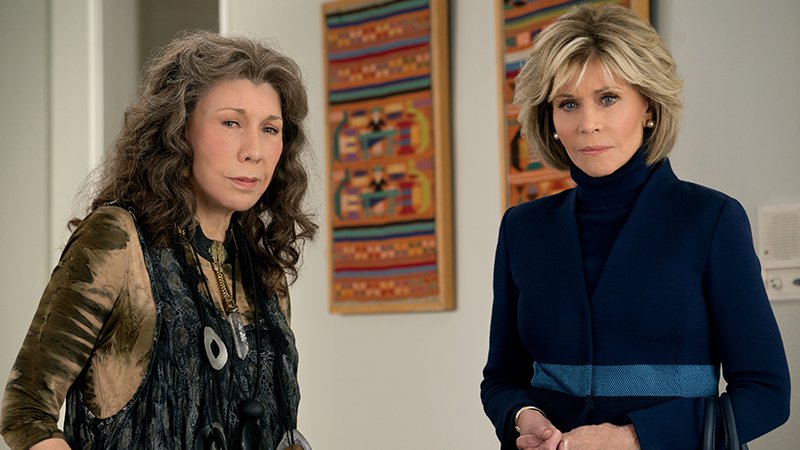 Since they became single again, both Grace and Frankie have had their healthy share of relationships and breakups. Frankie pursued a very committed relationship with Jacob, but it fell apart when they discovered that their lives were not compatible — Frankie didn’t want to move away from her family and Grace, and Jacob didn’t want to move away from his family in Santa Fe. She struggled with renewed feelings for Sol at one point, but ultimately moved forward. Now, she’s single and quite lonely, and relies on Grace as her source of companionship.

But Grace, after many failed relationships and rekindlings, has finally found the man for her: Nick, the arrogant, ridiculously rich and surprisingly sweet man she has constantly been breaking up with because of her insecurities. As of the season 5 finale, Grace is married to Nick — and she only just broke the news to Frankie. What does this mean for their living arrangement and their lives together?

In order for both Grace and Frankie to be happy, Frankie has to find an own unconditional companion besides Grace, whether that’s a romantic partner or someone else. She needs support and feedback for her creative ideas, and that doesn’t always come from Grace.

But more importantly, while Nick and Jacob both proved themselves to be nice people, they never had a fun friendship with the woman they weren’t dating — and that’s an issue when Grace and Frankie are so close. Nick and whoever Frankie’s partner in crime will be have to establish genuine friendships with both women. That’s the only way that their communal lifestyle can work out — and it’s also all around a much happier and healthier way to live. 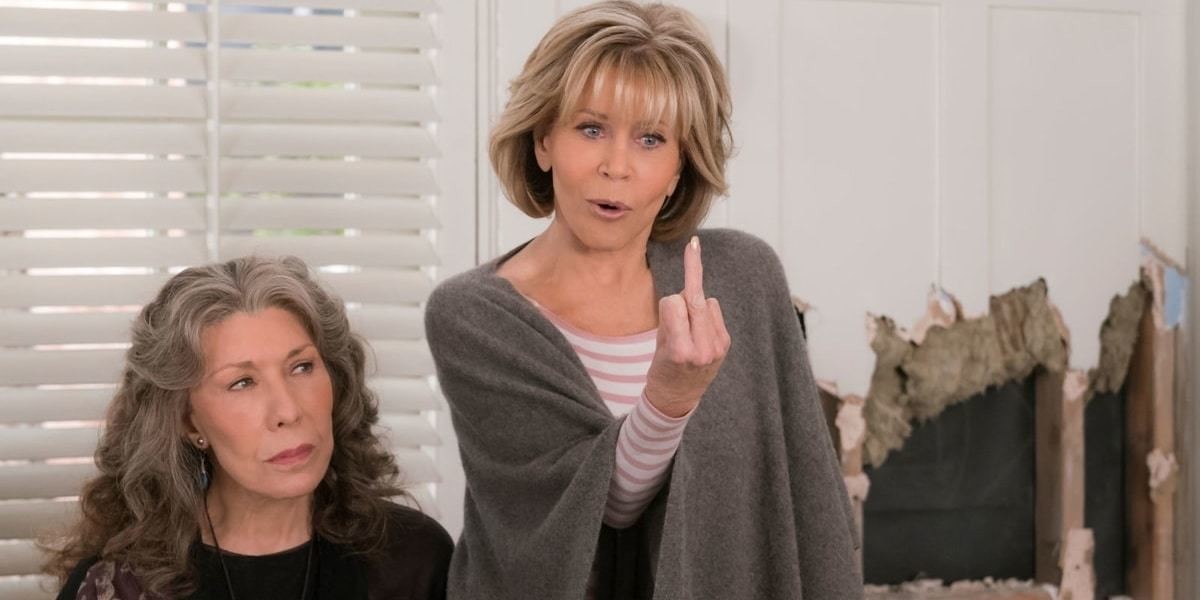 A common enemy to unite against

Grace and Frankie are always at their best when they fight someone else, rather than each other.

Too much of the last few seasons has been Grace and Frankie attacking each other over stupid misunderstandings or unnecessarily cruel offenses. While sometimes it was funny, it was usually just irritating.

The moments when they truly shine and are at their most hilarious, are when they unite against a common enemy: a business rival, their own families, their ex-husbands, a woman they disliked, or even just their old age. In these moments, they prove that they can carry the show, and remind us of why we love them so much. For the next couple of seasons, I hope they can keep the petty infighting to a minimum and save the immaturity for other opponents. 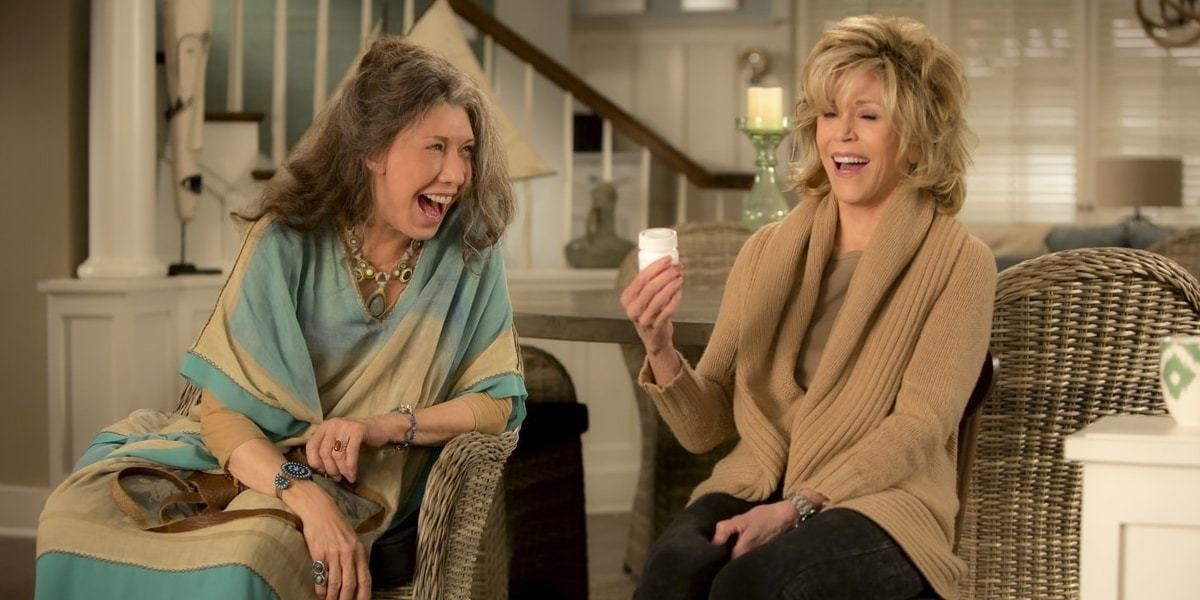 A lifestyle that embraces their age

The most difficult struggle for both Grace and Frankie in the last few seasons has been their fear of old age, and the new limitations it’s bringing both of them. From Grace’s knee to Frankie’s memory loss, they’ve struggled to both admit to that they’re aging, and share with others the struggles they face because of it.

This is all born from insecurity, which at times is well justified — their kids, while rightfully concerned for their mothers, tend to infantilize them. But Grace and Frankie can’t escape age, and the fact is that they won’t be able to live life in exactly the same way forever.

By the end of the show, Grace and Frankie should learn to adapt to their changing bodies and still find ways to uphold their sense of agency and self-esteem. They should be able to ask for help without feeling insecure about it, but also chase their ambitious dreams fearlessly.

In many ways, that’s the main message of the show: life changes, but you can adapt no matter how old you are. As Grace and Frankie age together, they’ll continue to face new obstacles and therefore new adventures… and that’s what makes for good television.