Let’s be real,Hitman’s Bodyguard was such a delightful surprise, I was hesitant to want a sequel. When you touch on real magic like that first film, it’s hard not to want it to just exist and be wonderful. But, Hollywood is Hollywood, and if a buck can be made, the film will exist. Enter Hitman’s Wife’s Bodyguard.

As much as I wanted the story to continue, as much as I longed to see Michael Bryce and Darius Kincaid hit the road again, as much as I wished to watch these reluctant partners bond more and more over their shared predicaments, I kinda knew a sequel wouldn’t measure up to the first.

And I was right. In no way does Hitman’s Wife’s Bodyguard measure up to the original. The jokes are a little too on the nose, subtlety is definitely a pipe dream at this point, and Bryce and Darius spend far too much time apart for this movie to even feel like a close facsimile of the original.

I think the biggest disappointment for me was a little bit of ignorance of where we left the first movie. Michael threw himself in front of a bullet for Darius, and they had formed a begrudging friendship that is all but obliterated by the start of this film. Where’s the love? They had found so much common ground, especially with Darius doing this mother fuckin’ thing at the end and then turning himself in. 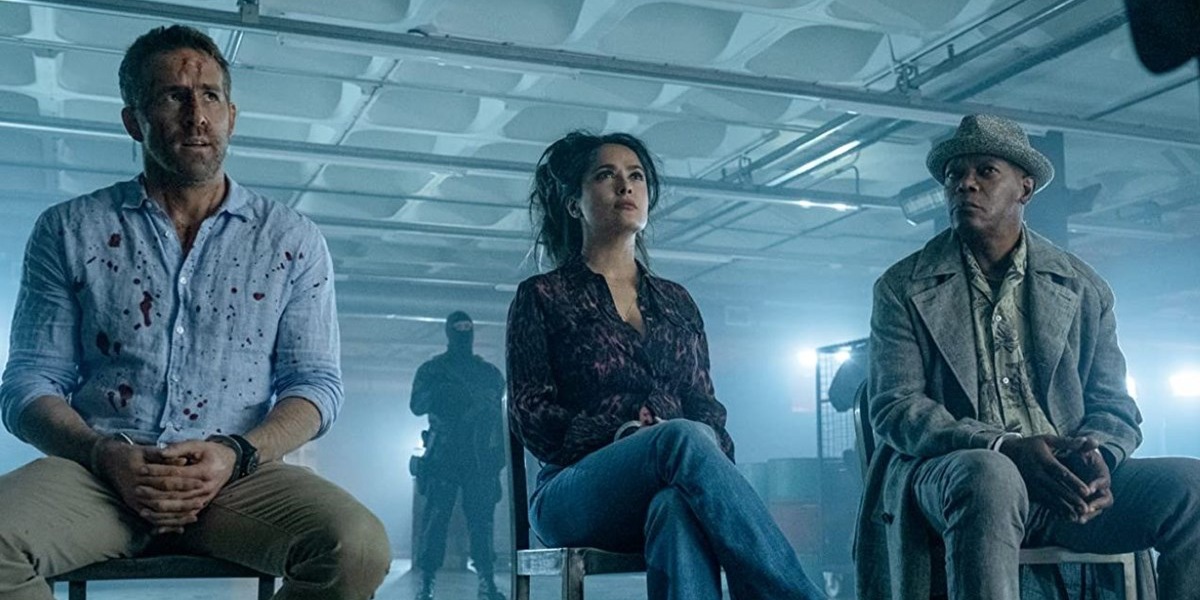 Also, with absolutely zero references to Amelia amongst other things, I had a little bit of trouble reconciling this Michael Bryce to the guy at the end of Hitman’s Bodyguard. This guy seems way more neurotic, nearly unhinged, and has absolutely zero plan at pretty much any point. Throughout the first film, Bryce was never without a plan, even though Darius was always doing his best to muck them up in bigger and bigger ways. I miss that Michael Bryce.

And the villains (and anti-villains) left a hell of a lot to be desired. Antonio Banderas’ role is more of a blink-and-you’ll-miss-it type of thing, and I still don’t know why we had Frank Grillo there at all. Gary Oldman’s Dukovich was a whole murderous tyrant, so this seemed like a major step down as far as the stakes went.

No, Hitman’s Wife’s Bodyguard isn’t a better movie, and I wouldn’t call it a great movie, either, but it’s a fuck ton of fun, and if you can’t admit that, then I’m glad you aren’t sitting next to me at the movies. For all the things Hitman’s Wife’s Bodyguard does wrong, it also does get a few things right. The explosions, the scale, it’s all supercharged and high octane like you’d imagine.

From a silly cameo from a minor Hitman character to every minuscule reference to Michael and Darius’ previous road trip, I loved seeing all the throw backs to the first film. I enjoyed keeping my eyes peeled for them, and it helped me stay focused when the film wasn’t at it’s best.

I still don’t know how I managed to be surprised by THAT second act character reveal, but I was. Maybe it’s because I didn’t follow the casting for this film or even try to pay attention to plot details outside of the movie’s trailers, but I truly didn’t see it coming and it played very well in my screening. The crowd guffawed and laughed in all the right places, making my second trip to theaters in 2021 a true joy. 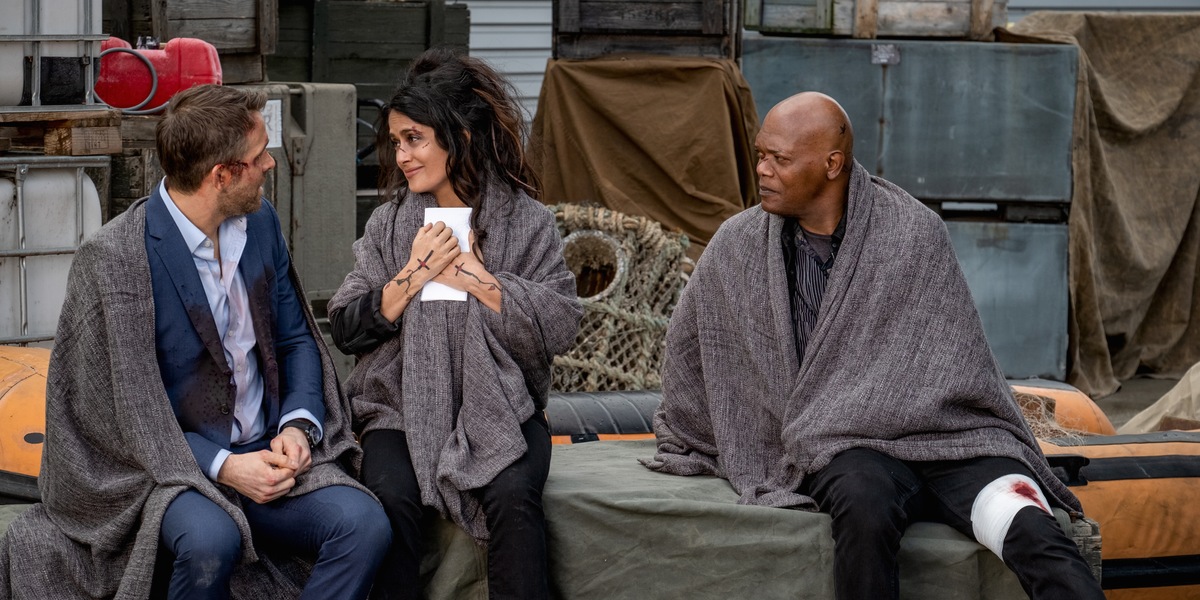 It’s hard not to appreciate the scale and ambitiousness of this picture. While I could have done without some new characters entirely, and wish some more of the characters from the original made appearances, Selma Hayek’s inclusion in more of the story was pretty great. She adds a dynamic to the team that was sorely missing before, I just wish her particular skills were used even more to fully realize her potential.

It was really nice to see a clearly older woman kick major ass on screen though. In fact, I’m grateful that Salma Hayek fought to keep her character’s age showing. It’s way too easy to want to cast some pretty 20-something actress in a role like that while the male characters are allowed to age. I enjoyed seeing an older woman get a chance to lead an explosive action movie.

All in all, there’s a lot to love in Hitman’s Wife’s Bodyguard, even if you don’t walk away completely satisfied. You get the laughs and shocks you learned to love in the first movie, as well as a large dose of Jackson’s trademark “mother fucker” and Reynold’s classic everyman schtick. I really don’t think fans of the first movie will be disappointed, even if the whole thing does feel a little over the top 90% of the time.