We use cookies to ensure that we give you the best experience on Hypable. If you continue to visit us, we will assume that you are happy with it.
10:00 am EDT, July 26, 2019

Executive producers Jane Tranter and Jack Thorne, who’s also a writer on the adaptation, offered a deeper look at the series along with stars Dafne Keen, Ruth Wilson, James McAvoy, and Lin-Manuel Miranda during this week’s TCA summer tour.

While they wouldn’t say who’s voicing Iorek Byrnison, we did learn more about how the series will break down the books each season.

“Largely, it’s one book per season.” said series writer Jack Thorne, “There are a few treats I’ve stolen from future books that I’ve tried to infuse this season with — to give that away would be to give away some quite big secrets… The whole thing was — looking at the whole story, three books, and going, ‘How did Philip think of them like this? And how can we think of them — how can we celebrate them in the best possible way?’ And sometimes, that celebration involved moving certain elements forward.”

Thorne was also diligent about keeping Lyra (played by Dafne Keen) central to the series where there might be a temptation to shift the focus to more well-known actors. 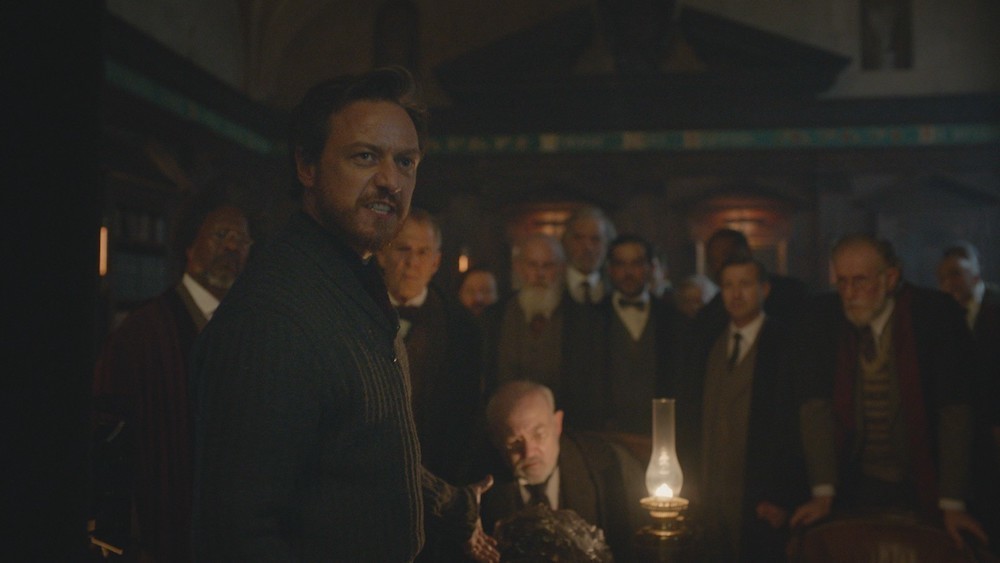 “Philip could’ve told this story from the perspective [of] Lord Asriel. If this was a Marvel movie, it would be Asriel’s story, who is a wonderful, brilliant character… but he doesn’t do that.

What he does is he goes, ‘We’re gonna dip into Asriel’s story every now and again, but we’re gonna travel through this story with this young woman who is looking to find her identity in this world’, and while Asriel is intent on greatness, on doing amazing acts that will redefine the world, Lyra is constantly interested in one thing and one thing only: doing the right thing. Doing the good thing. And I think that dichotomy between goodness and greatness is something that this book so beautifully plays into. And we’ve tried to keep that in mind all the way through our telling of it.” 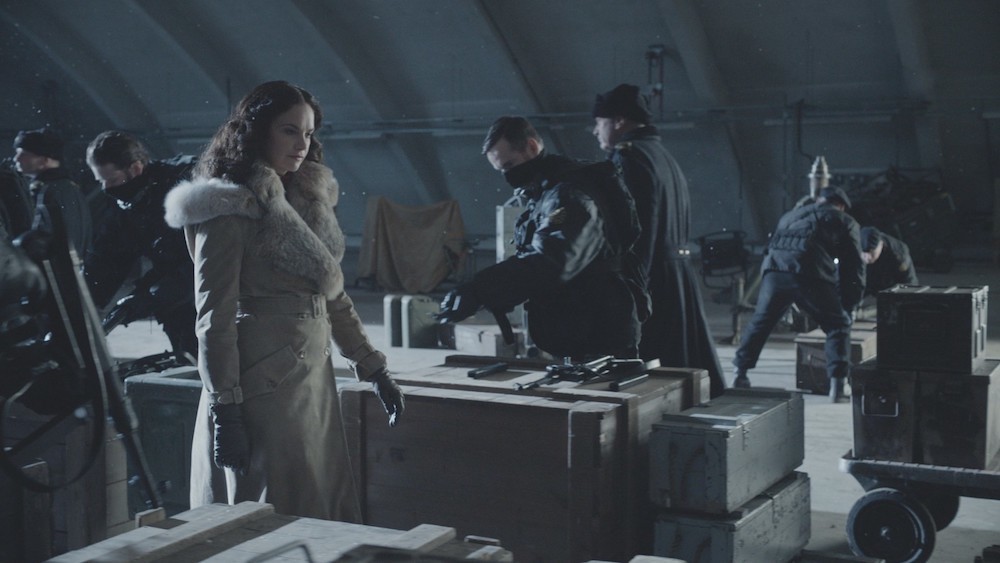 Both Thorne and Jane Tranter are aware that the last adaptation of Pullman’s His Dark Materials trilogy faced controversy and boycotts due to anger over how it tackled religion, but Tranter isn’t concerned about a repeat of that.

“We’re not concerned about that because we’re adapting the books across the broad expanse of television. I think one of the things that can happen when you adapt a book for film is that you have to sort of cut down the middle of the story. We’ve got eight episodes a book in order to be able to tell this incredible story which is as broad as it is deep. And because we can do that, we can sound every note that Philip Pullman in his book sounded, and in so doing, we make clear that the religious controversy that there was around the film was not relevant to the books themselves. In His Dark Materials, Philip Pullman talks about oppression. He talks about the control of information. He talks about the falsification of information. And he chooses the form of The Magisterium which is a fantastical organization which includes church and state, and is a byzantine organization to do it. There is no direct contrast with any contemporary religious organization for His Dark Materials.

Philip Pullman wasn’t looking around and thinking, ‘Oh, I don’t like that. From today, that’s what I’m going to do.’ You could look across the centuries. You could say that in the Medieval times, the invention of the printing press was perhaps something — that control of information that Philip Pullman was digging on, maybe there was a kind of Cold War-esque oppression of information and oppression that he was digging on. When you talk about the prescience of the themes, when we first started working on this project some years ago, there wasn’t such a thing as fake news or the falsification or withholding of information. So I think what Philip was doing was digging on themes of the truth needing to be allowed out to the general population.

It is not an attack on religion. It is an attack on a particular form of organization. The books are actually some of the most spiritual that I have read. They are full of faith. They are full of belief. Ultimately, they are very beautiful in what they have got to say about people who follow a pattern of faith or belief. So I think that sometimes misinformation can come out, but if you read the books, and you have the privileges we do to adapt them for every note that Philip sounds, that really answers that question.”

Keen, who’d been sitting alongside Jane nodding quietly decided to neatly sum up with Tranter had said and making a connection Tranter herself didn’t know she was trying to make. 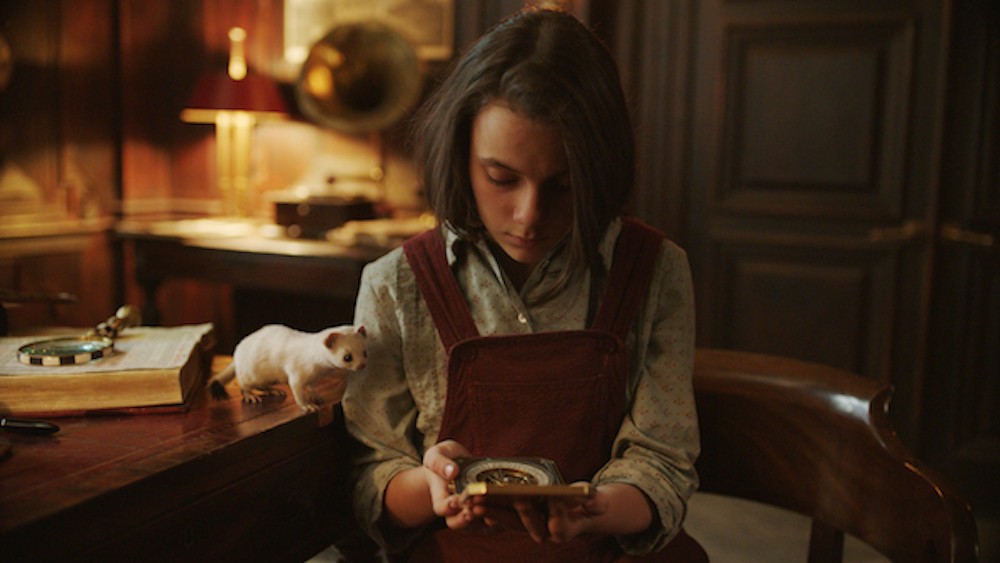 ‘I think I see The Magisterium more as like Big Brother in “1984” by George Orwell. It’s a dictatorship — it’s not criticizing [the] church. It’s criticizing oppression, I think.”

You could feel Tranter sort of sitting there with her hands out like, “See?”

“Out of the mouths of children. That’s exactly another point that Philip Pullman was sounding. If you don’t look across the tops of the heads of children but listen to them, the world would be a much better place.”

Maybe this is why Pullman centered Lyra as the main character in his trilogy overall. From the sound of it, His Dark Materials is in caring and thoughtful hands.

The series is based on the books The Golden Compass, The Subtle Knife, and The Amber Spyglass. HBO has not set a specific air date for the series — only that it’ll be out later this year.