ABC’s Grey’s Anatomy continues to be the top medical drama on television! We’ve got all the information you need about Grey’s Anatomy season 16 right here.

Krista Vernoff tweeted about the news saying that, “We are disappointed that we don’t get to complete our storytelling this season. The good news? 1621 plays like a satisfying finale! It’s not where we planned to end, but it’s beautiful & the questions that linger we will answer next year.”

We are disappointed that we don’t get to complete our storytelling this season. The good news? 1621 plays like a satisfying finale! It’s not where we planned to end, but it’s beautiful & the questions that linger we will answer next year. #GreysAnatomy #StayHome pic.twitter.com/BsHV9vJUiJ

It’s hard to believe that Grey’s Anatomy has been around since 2005 and is still amazing fans week to week. It even became the longest-running medical show on TV during its 15th season! The record-breaking streak will continue into season 16.

There’s still uncertainty over how long the series will remain on air. It basically comes down to how long star Ellen Pompeo wants to keep playing Meredith Grey for.

Thanks to all her hard work on the series, Ellen Pompeo is also now one of the highest-paid actresses in the business. She’s getting a paycheck of over $20 million a year according to reports.

Though the series has lost many original cast members over the years, Justin Chambers, Chandra Wilson, and James Pickens Jr. still remain alongside Ellen Pompeo.

Over the years the series has only gotten better with its commitment to diversity and representation, so I think I’m among many fans when I say that I hope this series will continue for many more years to come! Here’s everything you need to know about Grey’s Anatomy season 16.

“Meredith, Richard and Alex must deal with the consequences after Bailey fires them from Grey Sloan for insurance fraud. After disappearing in the fog, Jackson helps a man in a dangerous situation, and his relationship with Maggie comes to a new crossroad. Meanwhile, Tom gets new responsibilities at the hospital that throw the doctors for a loop.”

Read our review for Grey’s Anatomy 16×01 “Nothing Left to Cling to” here! 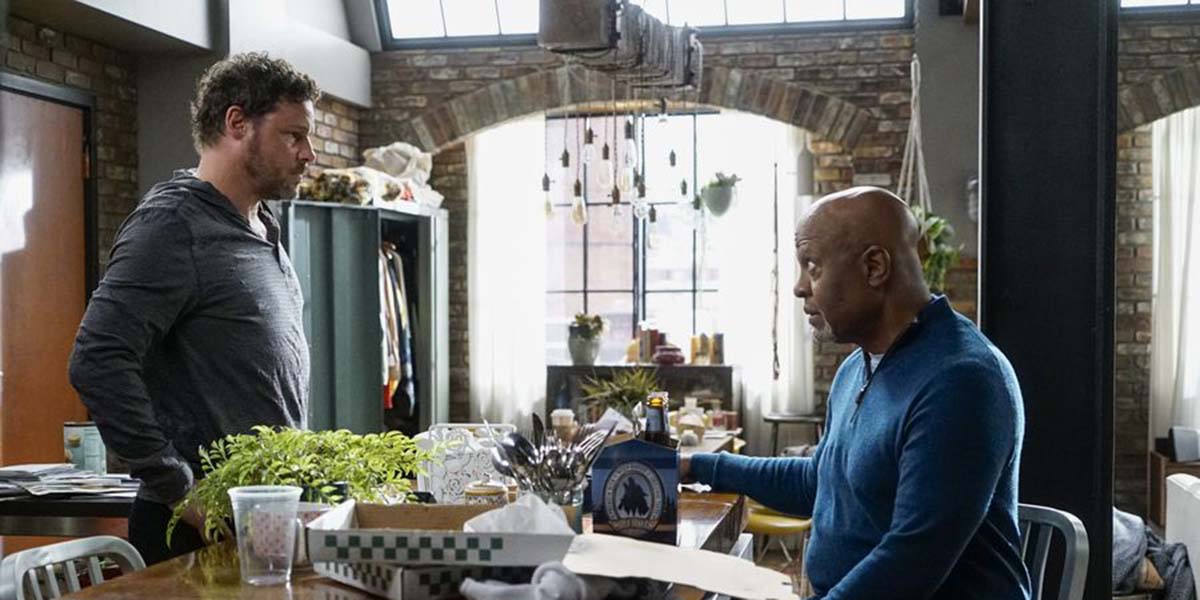 “The Grey Sloan doctors operate on a man who crashed into Maggie’s car as Owen, back from paternity leave, struggles with Tom’s new position. Outside the hospital, Meredith’s recent firing doesn’t stop her from diagnosing those around her. Plus, Richard and Alex start anew and it’s not easy. All the while, Jo readies herself to return to work, and Amelia has a new revelation in her relationship with Link.”

Read our review for Grey’s Anatomy 16×02 “Back in the Saddle” here! 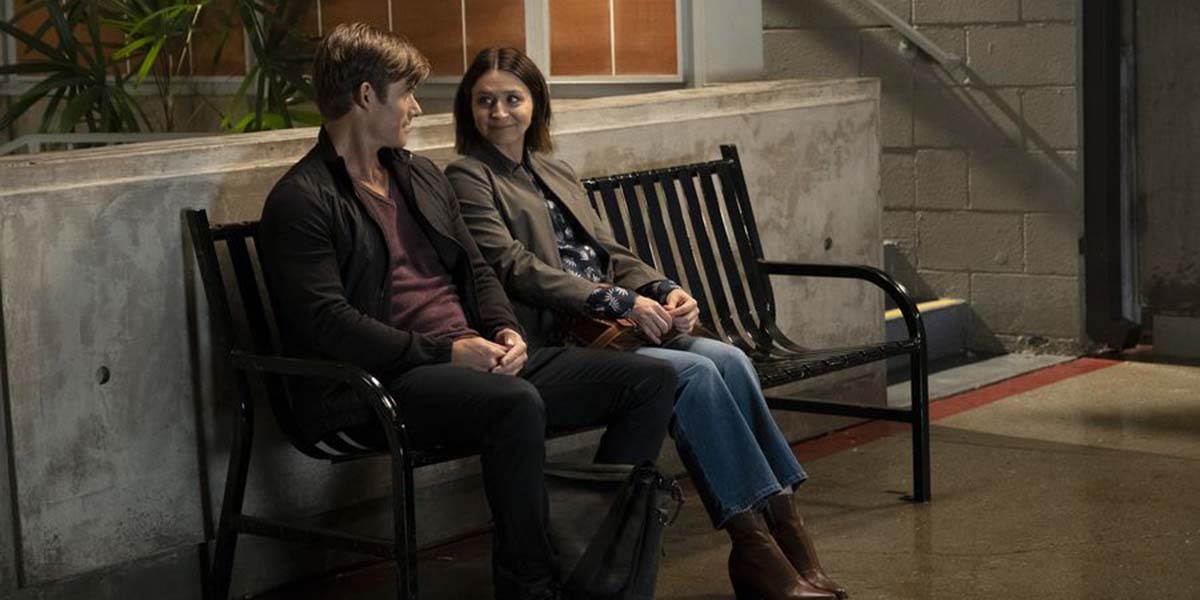 “A patient at the hospital is brain dead after falling into a construction site, and her two sisters must decide whether or not to keep her alive.” 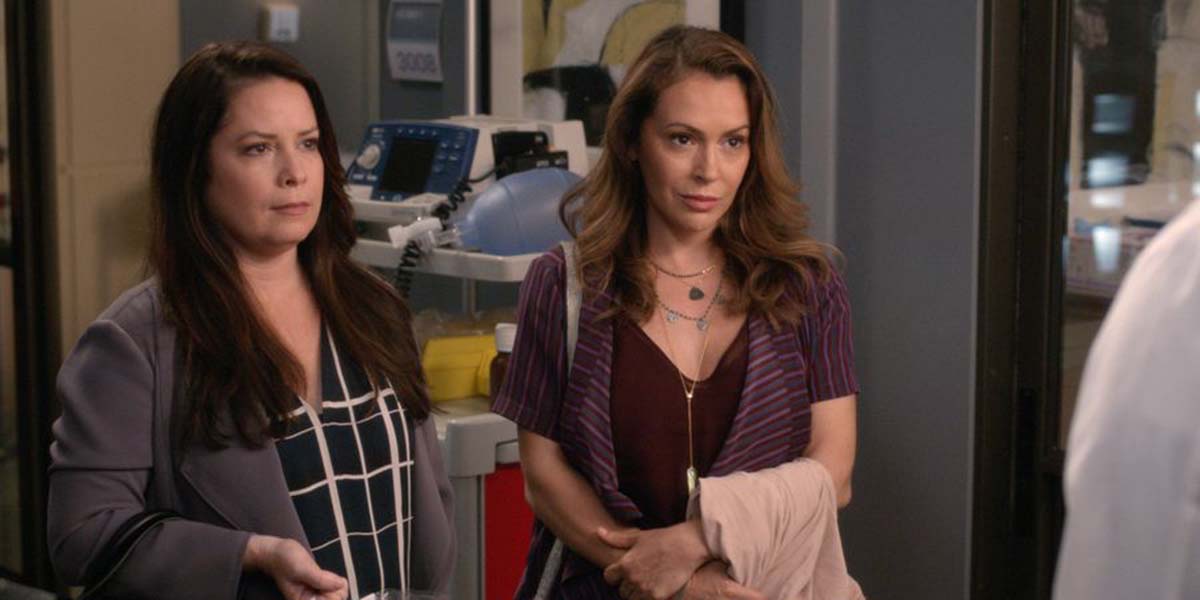 “After Meredith inadvertently stirs up negative press for Grey Sloan, she tries to make things right with her former colleagues, jeopardizing her community service hours. Station 19’s Ben and Vic bring a young woman into the hospital, and Jackson stands up to Koracick when he goes too far with a patient’s family. Meanwhile, Bailey receives unexpected news; and Owen finds himself at Pac-Gen North, which Alex sees as a recruiting opportunity.” 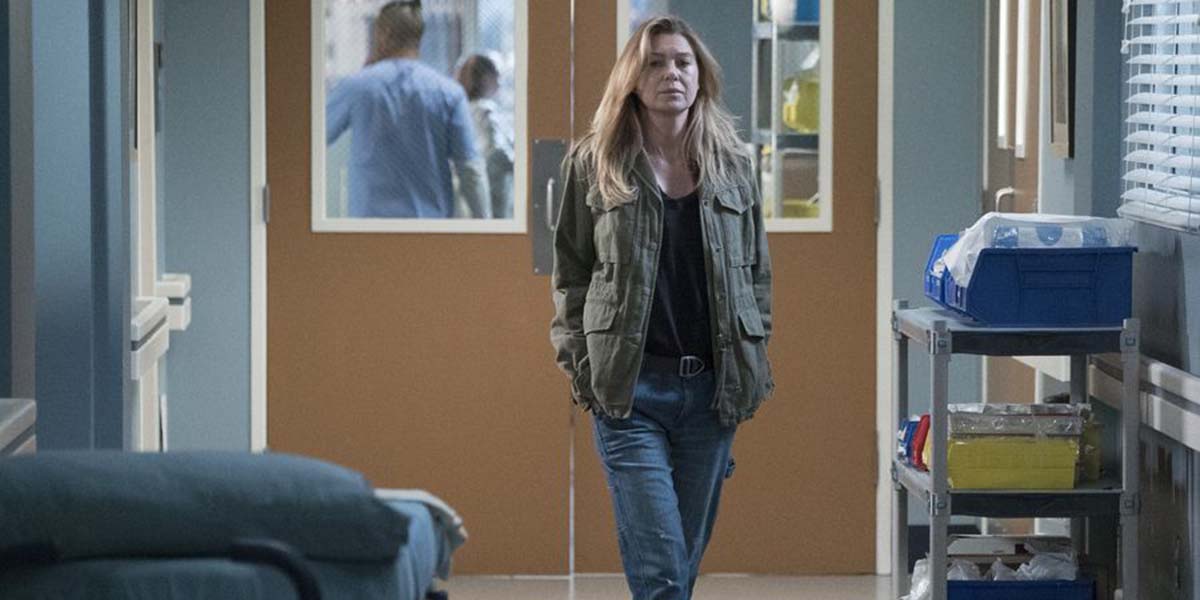 “Meredith has a court hearing after skipping out on community service, while Bailey and Jo have a patient that Jo realizes is from the treatment facility. Richard and Gemma grab breakfast together and things go awry.” 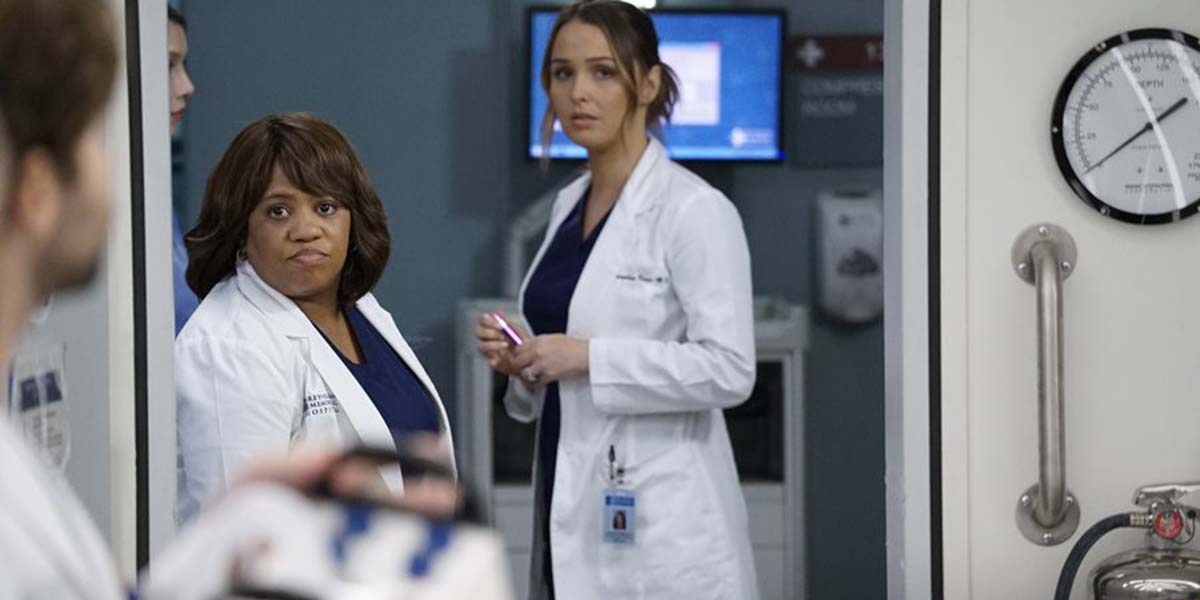 “Alex is hoping to impress investors at Pac-Gen North, but when he hears disturbing news about skeletons on the construction site grounds, he enlists Richard to help with distraction tactics. Teddy feels the pressure to be super-mom after tasking herself with creating original Halloween costumes for Allison and Leo, while Meredith fears she won’t make it home in time for trick-or-treating with her kids. Elsewhere, Jackson tends to a pediatric patient who is upset she is spending her Halloween in a hospital.”

Read our review for Grey’s Anatomy 16×06 “Whistlin’ Past The Graveyard” here! 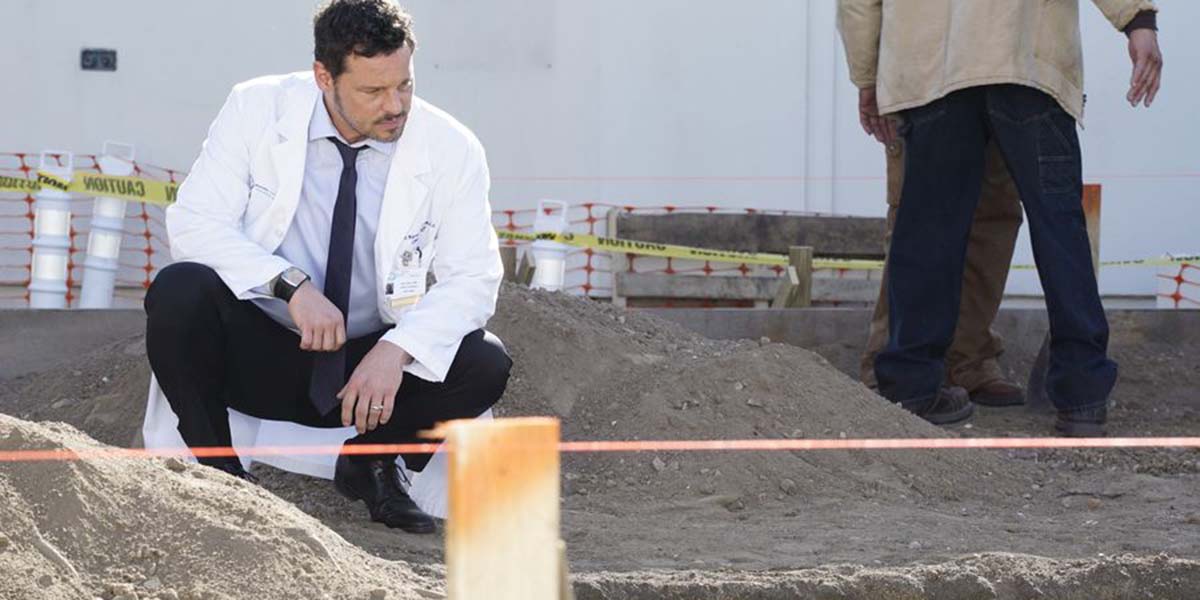 “Catherine is back in town and has no idea what’s been going on between Jackson and Maggie, while her relationship with Richard has become distant. Owen and Amelia treat a woman who fell in the basement and quickly realize that there is more to the story; and Maggie is shocked to learn about some of Richard’s relatives who are seeking help.” 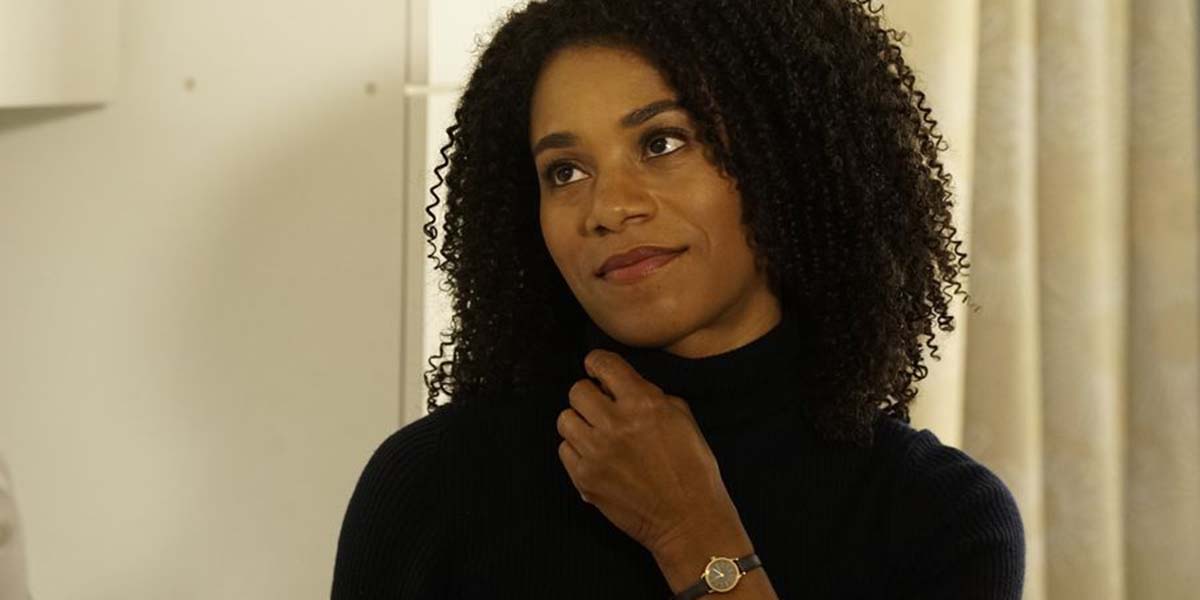 “Meredith faces the medical board as her future as a doctor remains uncertain, and she’s forced to reckon with her past in some challenging ways. Meanwhile, the interns are put to the test as they are each vying to be the most successful on their respective cases in the absence of some of the attendings.” 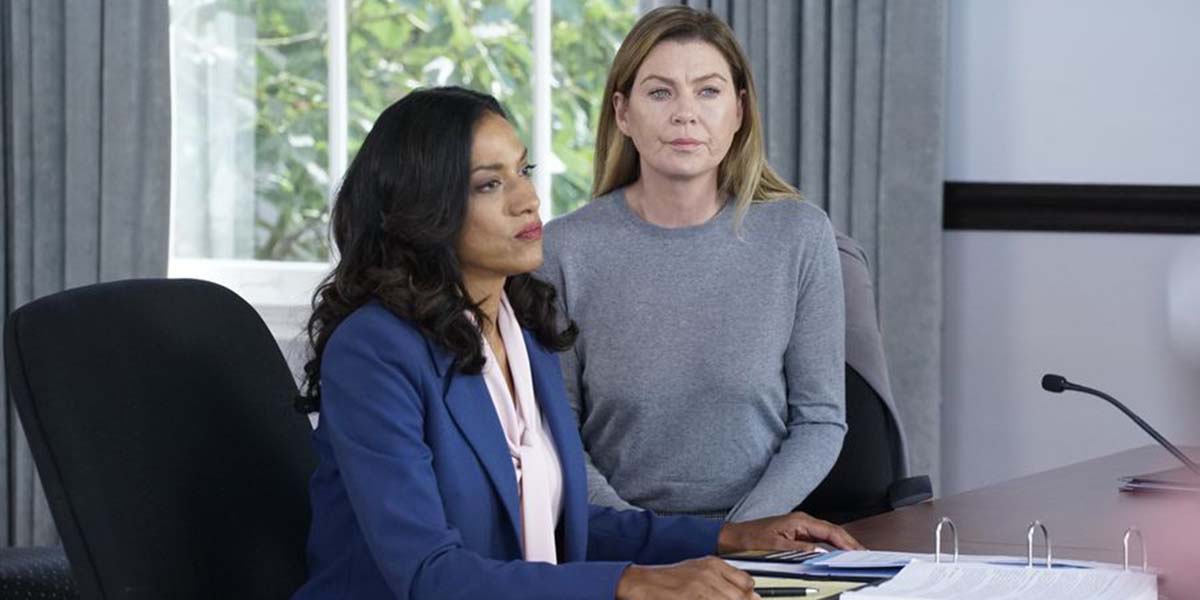 “Jo becomes a safe haven volunteer and gets a call that a baby has been dropped off at Station 19. Meanwhile, Meredith moves forward with her life after facing the medical board. Jackson takes a big step in his budding romance with Vic, while Bailey and Amelia swap pregnancy updates.” 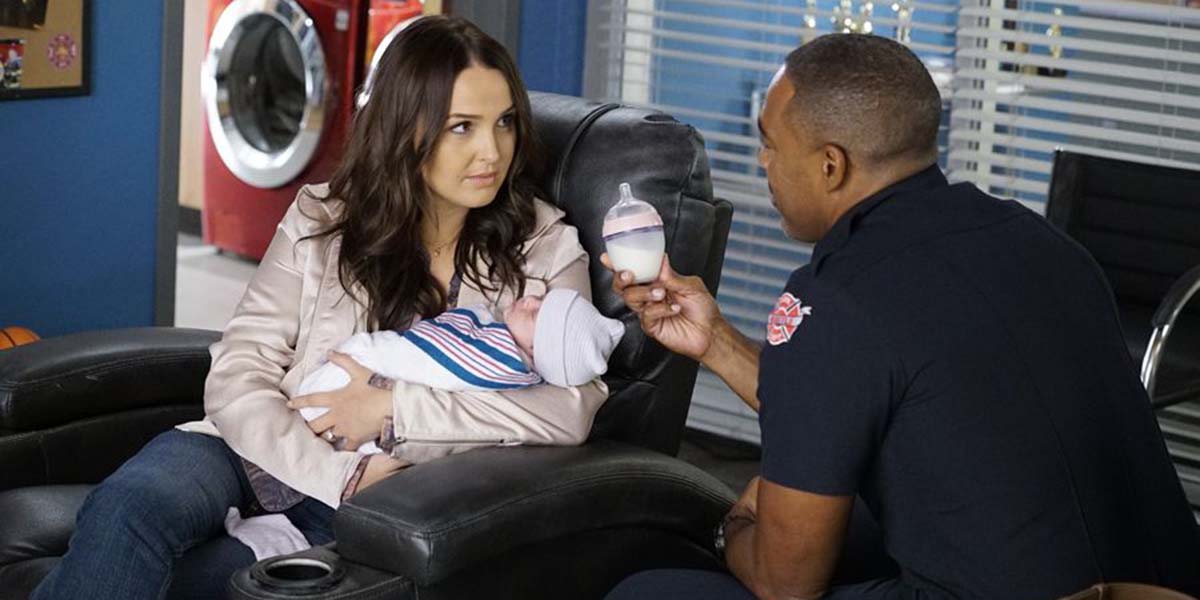 “Following the car crash at Joe’s Bar and subsequent rescue efforts led by the Station 19 firefighters, Grey Sloan doctors work through the night to save the lives of their colleagues. Meanwhile, Amelia worries about sharing her pregnancy revelation with Link. Owen and Teddy take a big step, and Bailey deals with grief over her recent loss.”

Read our thoughts on Grey’s Anatomy 16×10 “Help Me Through THe Night” here! 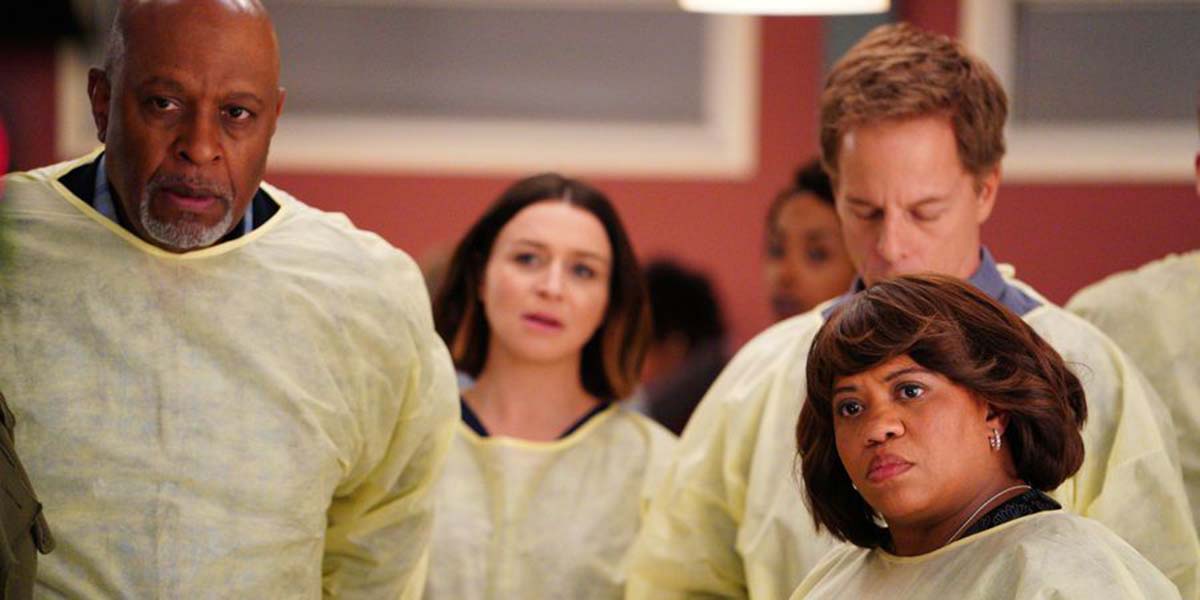 “Richard finds out Maggie quit Grey Sloan and is concerned about how she’s handling the death of her patient who was her estranged cousin. Bailey returns to work after taking some personal time off, although Koracick doesn’t make her first day as easy as she’d like. Meanwhile, Meredith thinks she might miss DeLuca, and Amelia has an update for Link on her pregnancy.”

“Jackson creates an uncomfortable situation when he invites new girlfriend, Vic, to what he thinks is Richard and Catherine’s anniversary celebration, only to discover the dinner was called for different reasons. Elsewhere, Levi brings Nico on a trip to visit an ailing family member.” 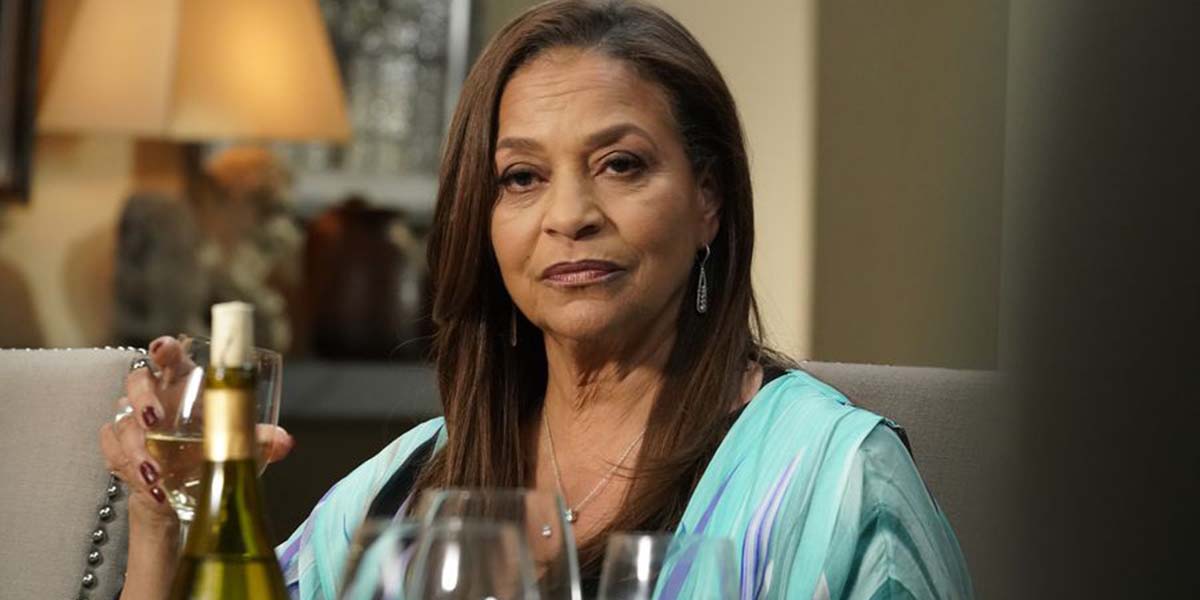 “DeLuca can’t figure out what’s going on with his incurable patient Suzanne and he turns to a diagnostics genius, Dr. Riley from UCSF, for help. Bailey checks in on Joey, a foster kid that Ben brought into Grey Sloan. Meanwhile, Amelia is getting the results of her paternity test and Jo confronts her about how she is treating Link.” 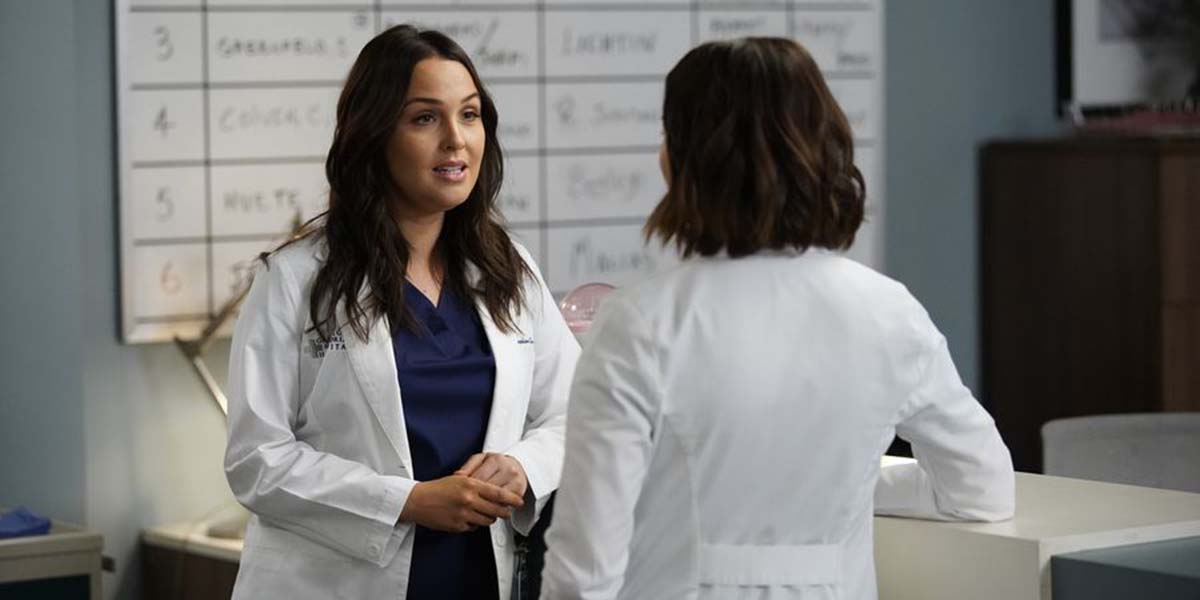 “DeLuca is irritated after Meredith takes over his patient Suzanne whose symptoms continue to stump the doctors at Grey Sloan. Elsewhere in the hospital, Jackson, Owen and Jo work on a couple injured in a bear attack; and Levi is hurt when Nico doesn’t want him to meet his parents.” 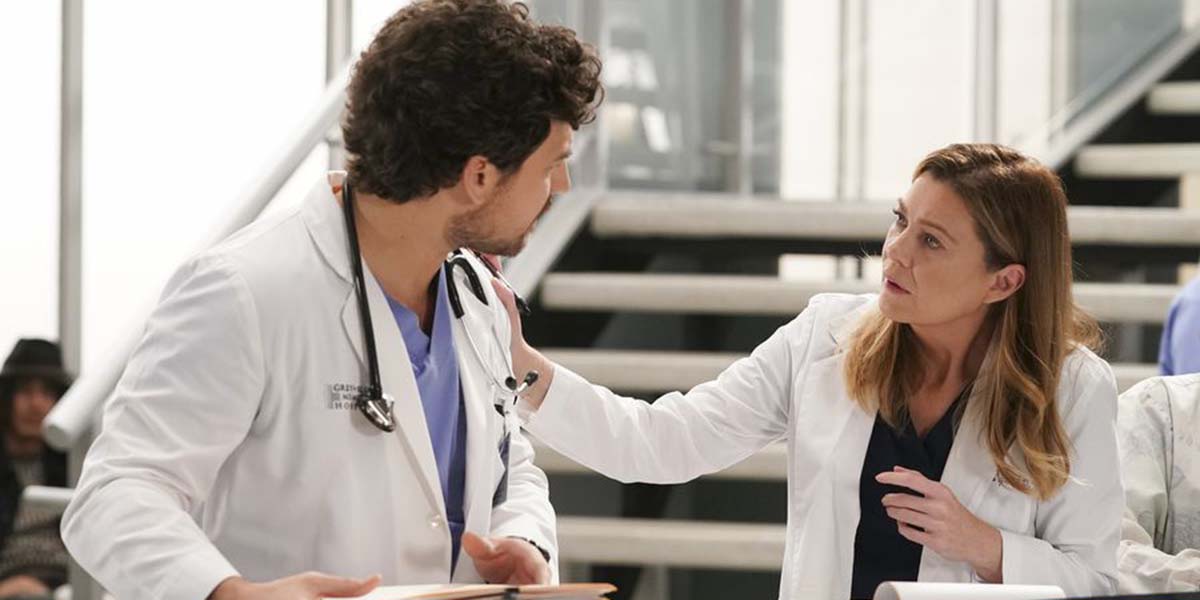 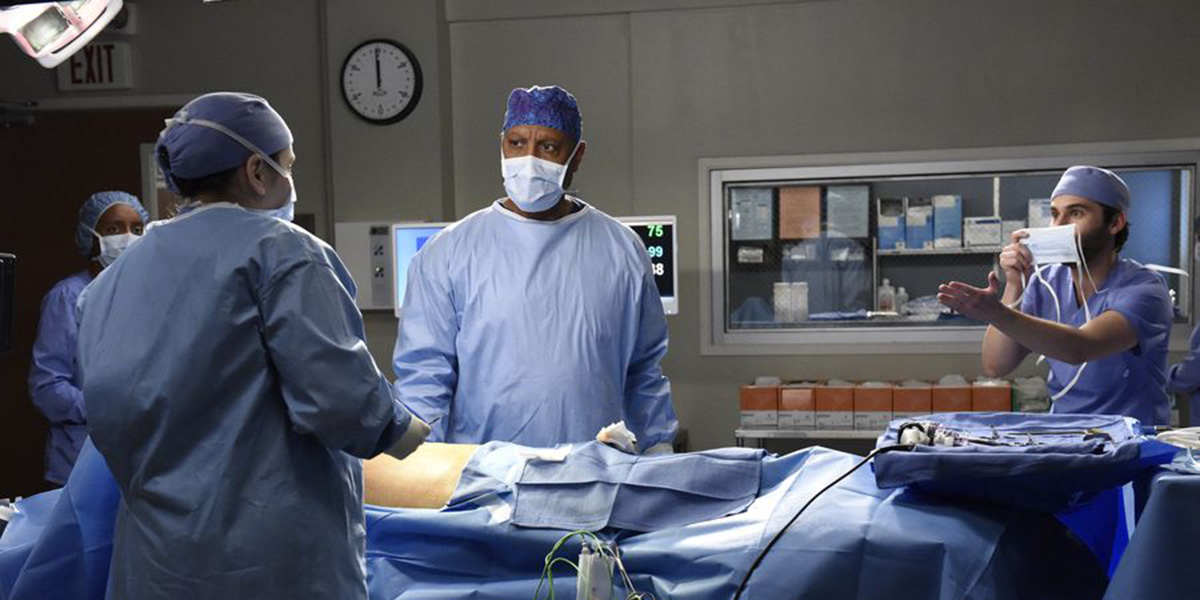 “Meredith and Carina question DeLuca’s uncharacteristic behavior when he volunteers to perform a life-threatening task during a blizzard. Meanwhile, Bailey tries to help Joey with his future, while Richard trains a new intern at the hospital.” 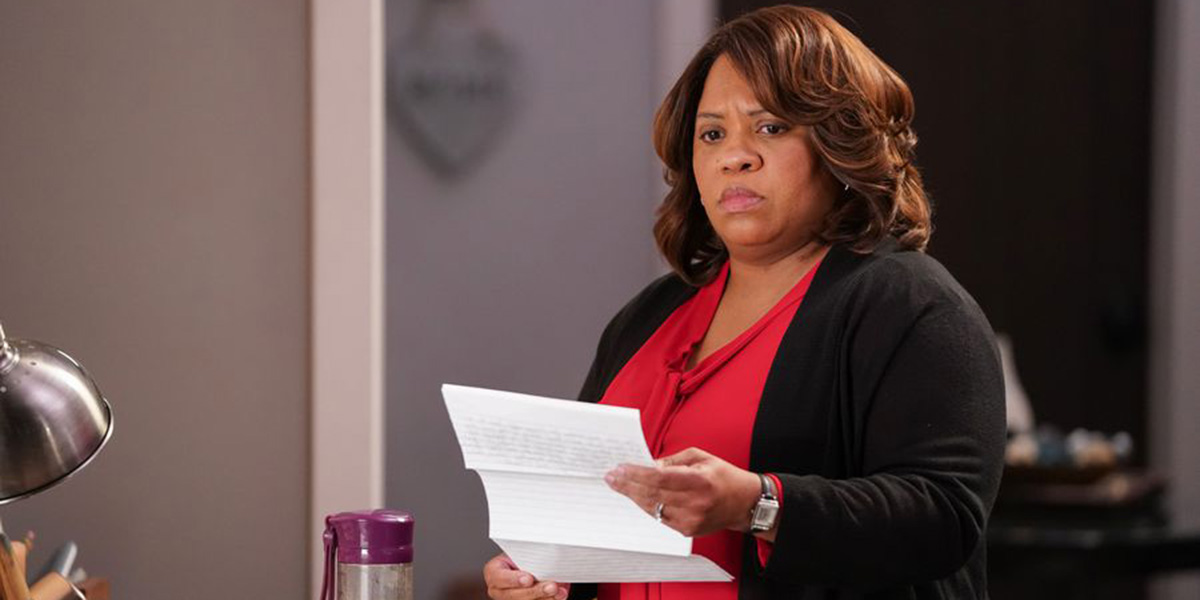 “Bailey and Ben face a huge, life-altering decision, while Meredith and several of the doctors reflect on the past.” 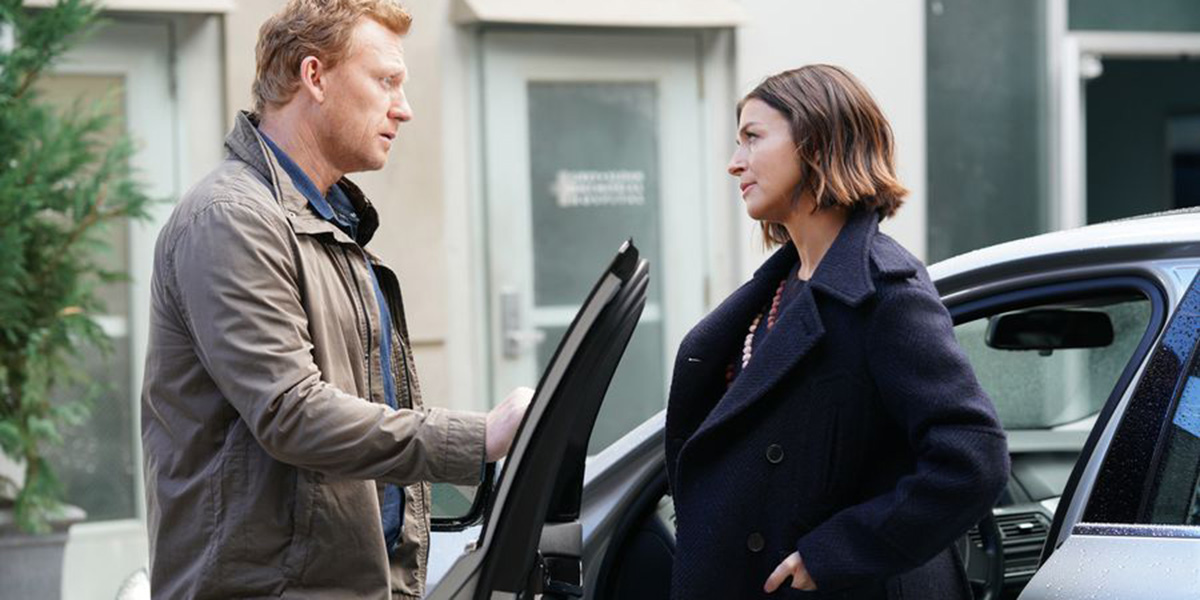 “A wealthy inventor arrives at Grey Sloan and asks Koracick for help, while Meredith struggles to save a woman with diabetes who has been rationing her insulin. Jo and Link fight to save a young man who fell onto train tracks, and Jackson and Vic’s relationship hits a snag.” 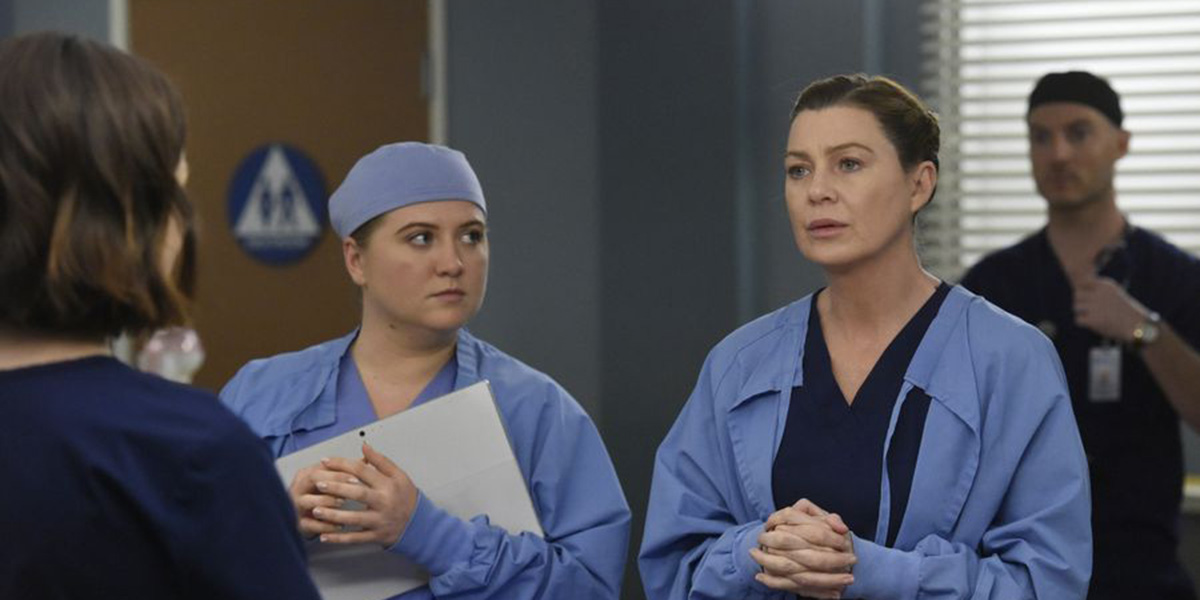 “Meredith heads up a pro bono surgery day, but the overwhelming patient response causes her to struggle to keep things in order. DeLuca treats a teenage patient whom he suspects is in danger and desperately tries to get Bailey to support his theory.” 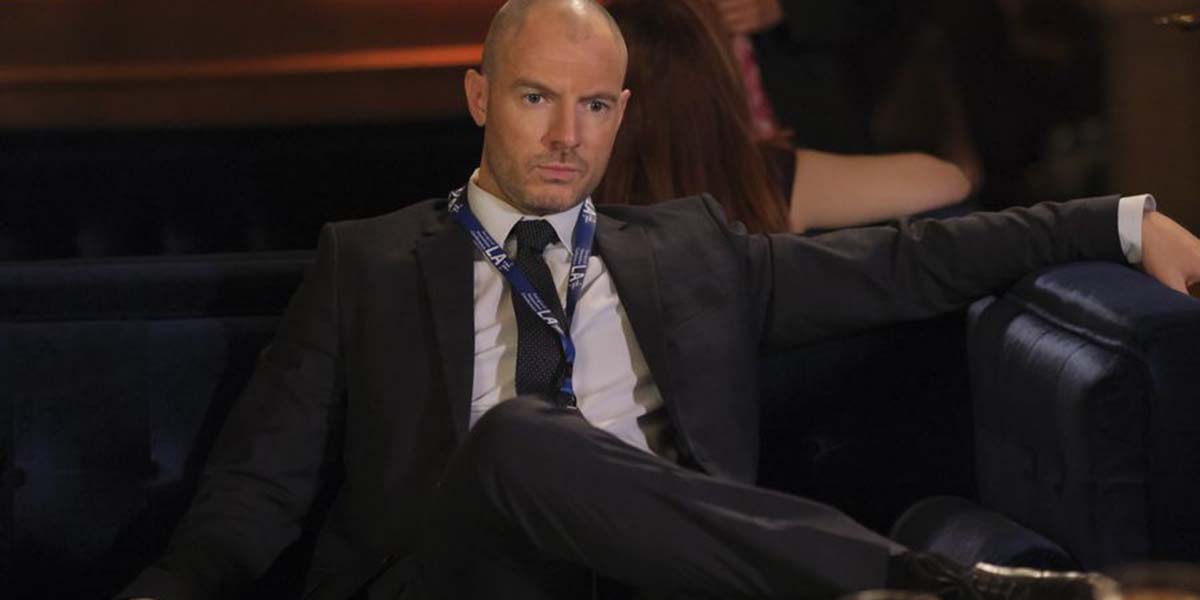 “Richard preps to present his PATH pen at the LA Surgical Innovation Conference but becomes distracted by his issues with Catherine. Maggie and Teddy run into people from their past at the same conference, while Hayes relives moments from when he met his late wife.”

“Owen and Link treat an older woman who wakes up from surgery and can’t stop singing, while Teddy helps Koracick stay afloat after an estranged loved one from his past comes to the hospital looking for help. Meredith, Bailey and Maggie focus their efforts on a difficult patient with a tricky diagnosis.”

“Link tries to convince Amelia to take it easy during the final stage of her pregnancy. Hayes asks Meredith a surprising question, and Owen makes a shocking discovery.” 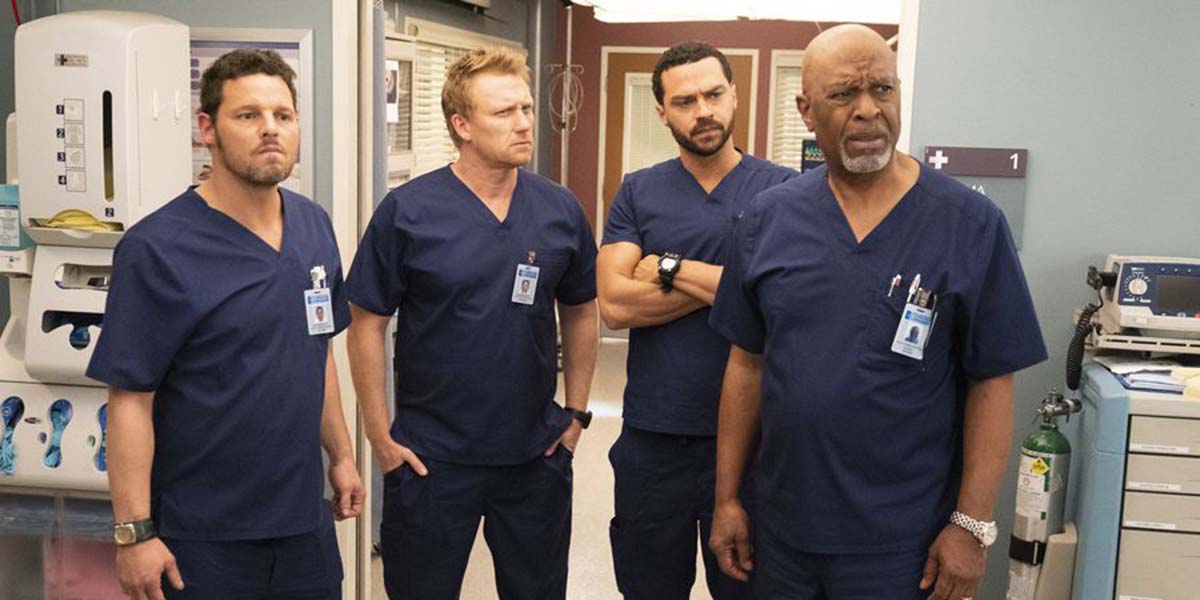 Grey’s Anatomy has officially been renewed for season 16 and season 17! This is likely thanks to the fact that star Ellen Pompeo’s contract already set for another year. Grey’s Anatomy also remains one of ABC’s higher-performing series in the ratings making it a pretty obvious choice.

Grey’s Anatomy season 16 is officially set to premiere on Thursday, September 26 at 8:00 p.m. EST on ABC!

After a few weeks off for the holiday break, Grey’s Anatomy season 16 will have its mid-season premiere on Thursday, January 23! On this date, it will also begin airing at its new time slot at 9 p.m. ET. 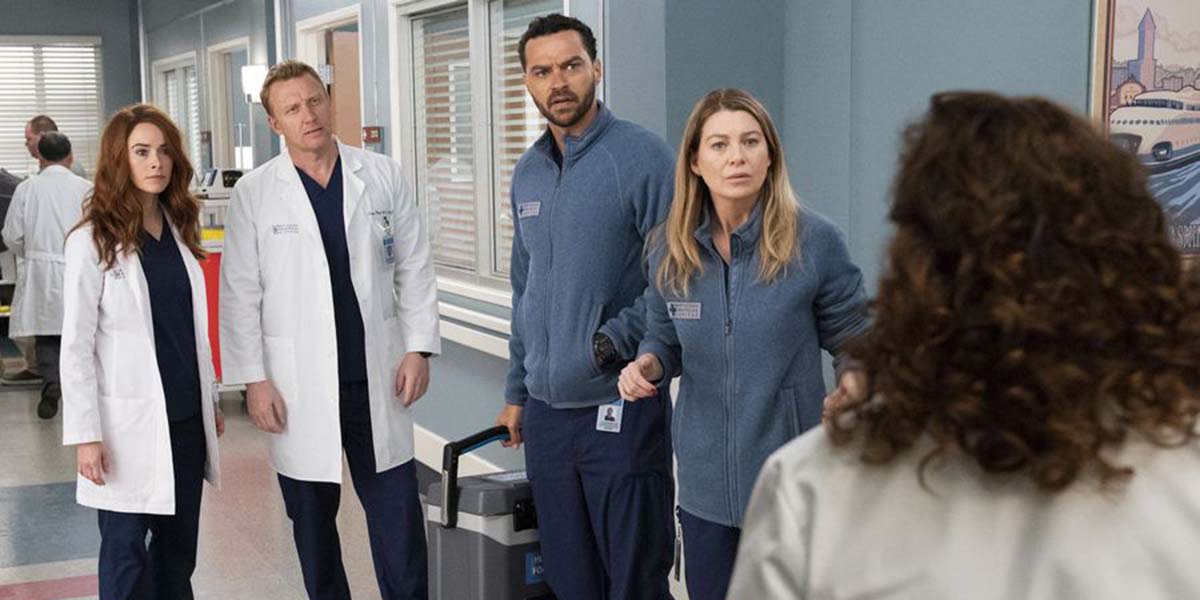 Where to watch ‘Grey’s Anatomy’: Full episodes of Grey’s Anatomy can be watched on ABC Go for free! Viewers can also watch episodes on Hulu with a subscription.