We use cookies to ensure that we give you the best experience on Hypable. If you continue to visit us, we will assume that you are happy with it.
10:45 pm EDT, April 9, 2020

Grey’s Anatomy season 16, episode 21, “Put on a Happy Face,” served as the season finale after production of the series shut down early, which left many storylines unfinished.

Grey’s Anatomy season 16, episode 21, “Put on a Happy Face,” began with Weber’s medical condition still unknown, though Meredith and DeLuca worked together endlessly to try to figure out what was wrong with him.

However, when they tried to bring Weber home, he complained about having to use a wheelchair. He argued that he wasn’t a child and wanted to walk himself.

Once he stood up though, they discovered that his toes were numb, then they found his fingers and legs were too. Meredith immediately wanted to run more tests even though Weber was agitated, but Catherine agreed with Meredith in the end.

Severe nerve degeneration was found through the tests, Weber’s body was failing him according to Amelia and Tom’s tests. That meant that they needed to try and figure out what was destroying his nerves so that they could save him.

In the middle of talking about their next moves, Amelia’s water broke and she had to bow out to go have her baby. That meant that it was up to Tom to help Meredith and Bailey going forward. 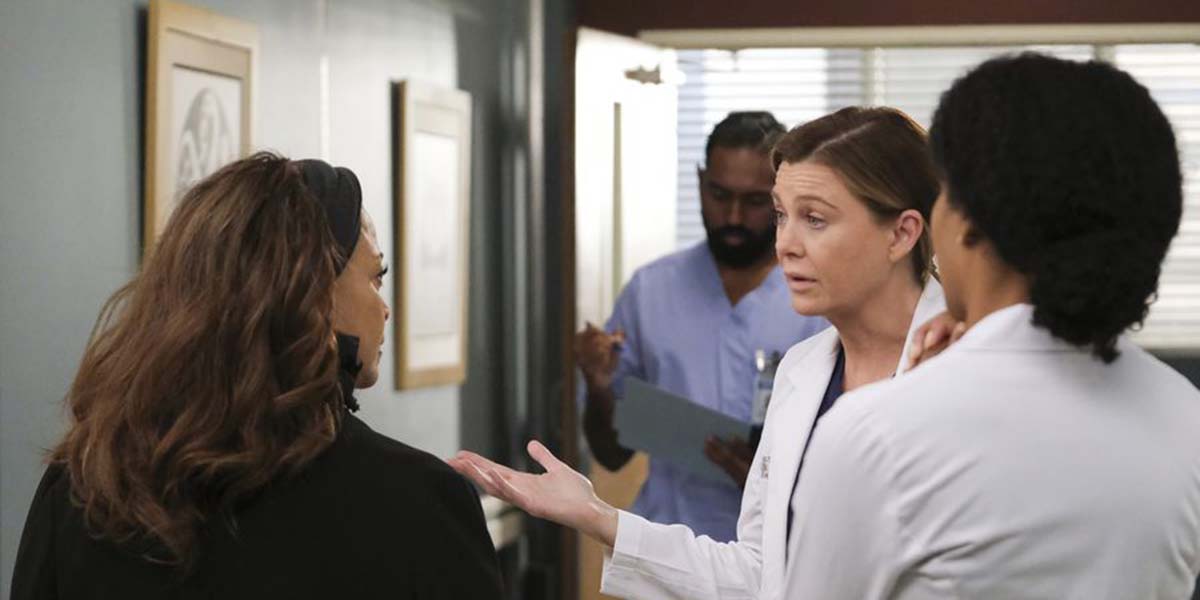 Related: Grey’s Anatomy season 16 is throwing DeLuca under the bus

What they didn’t know is that Tom was a bit distracted by his drama with Teddy. He’d started the day getting chewed out by Owen for not responding to the request for their time off.

Tom thought their wedding was far off and was confused by the sudden decision to get married. When Tom saw Teddy alone later he confronted her about it, he even accused her of having a shotgun wedding — and she was the one holding the gun according to his view.

Meanwhile, Tom also learned he might have to step in to help more with the foundation. Catherine told Tom that she’d screwed everything up with Weber and she was going to stay by his side this time around. She didn’t want to ask Jackson to help and pressure him into something that would make him unhappy, which was why she turned to Tom.

Bailey and Meredith got ready to work on a biopsy of Weber’s nerves when DeLuca rushed in and told them to wait because he’d found something looking through his medical history. Though they dismissed him at first, DeLuca forced them to listen by crashing their tools to the floor.

Weber had a hip replacement and thought that the cobalt could have started to deteriorate, causing him to be poisoned and get the symptoms. Bailey gave DeLuca the blood sample she drew and told him to run it to be tested right away. 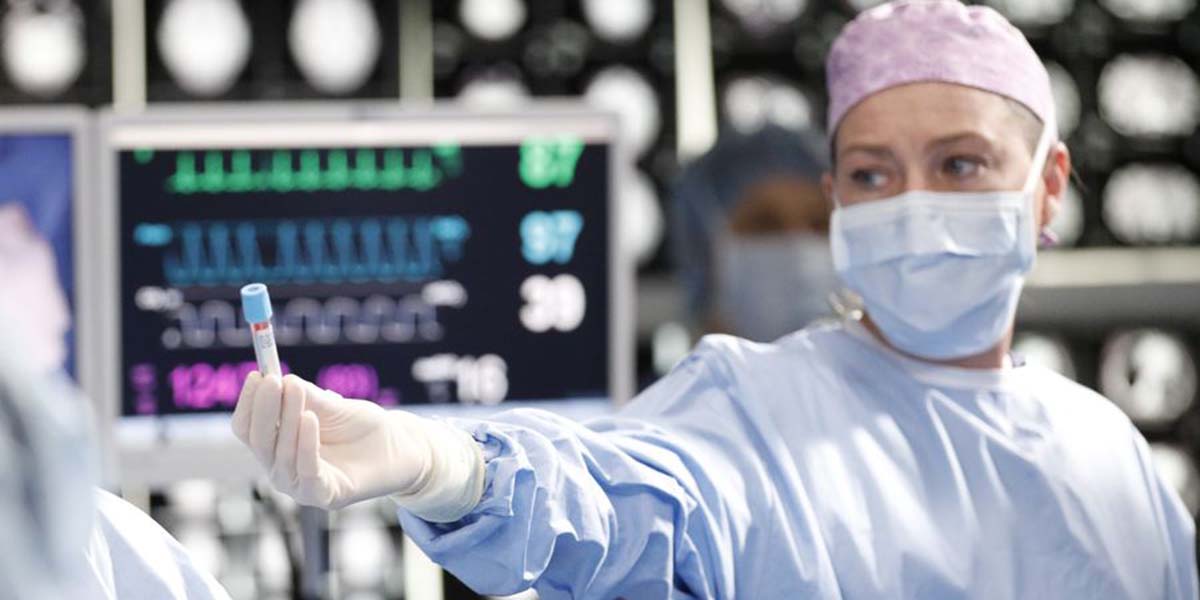 Once the test results came back, they learned that Weber’s levels were way out of the normal range. They wanted to rush Weber into surgery right away. That also meant pulling Link away from Amelia to help, Bailey personally went herself to explain.

She wanted the best for Weber and with Amelia’s blessing, Link left to help. But Amelia also insisted that Bailey stay with her to hold her hand since Link left.

The others started to learn about Weber’s condition too. Helm went to tell Jackson while he was in surgery and he left. Maggie learned about it through texts that Schmidt read to her while she was helping Owen in surgery. Link started the surgery with DeLuca by his side while Catherine, Jackson, Meredith and others watched from above in the gallery.

Tom made a move on Teddy while Owen was in surgery, using a page to get her to come up to see him. He tried to tell her that she shouldn’t throw her life away and that he couldn’t just sit by and watch her do it.

Even going as far to tell her that he’d have a car waiting for her if she wanted to run away. Teddy clearly needed to make up her mind quickly because she didn’t stop him from kissing her.

As Amelia worked to deliver their baby, Link worked on taking out Weber’s old hip replacement. Maggie and Owen were still in surgery when a text came that Weber was out of his surgery.

Owen got a text after that, a voicemail from Teddy that was clearly sent to him by mistake. He laughed it off but the sounds of her moans left him with a haunted look when no one was looking at him. 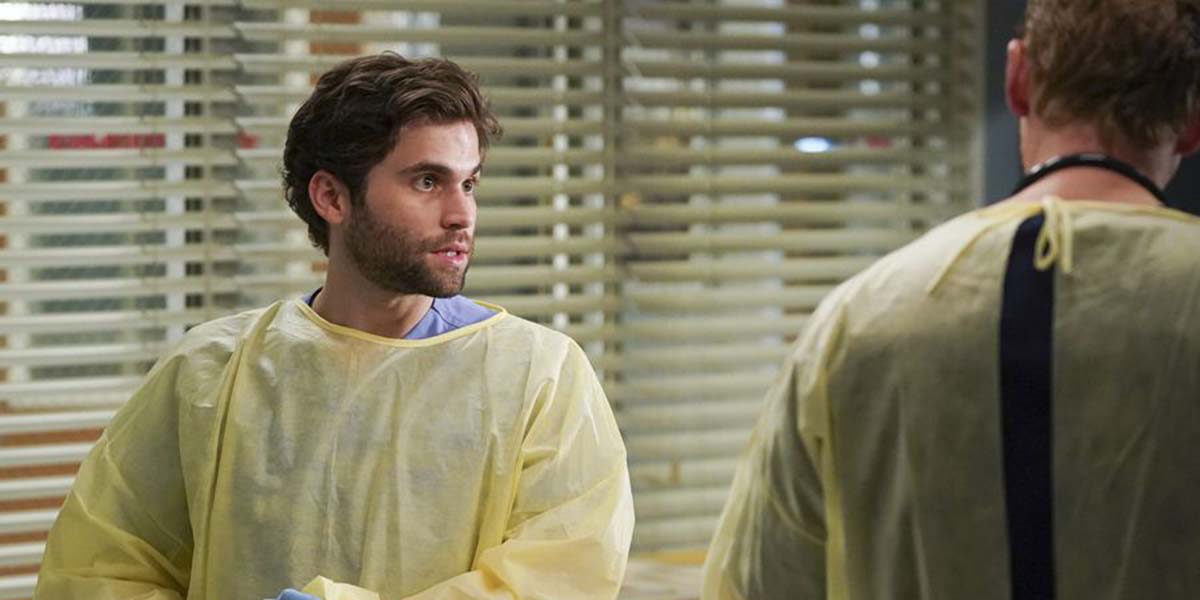 Link arrived at Amelia’s room to find that she was sitting in bed calmly, while Bailey rocked their newborn son. He took over holding the baby for the first time and Bailey left to go see Weber who was still unconscious.

Owen finished up with his patient and was able to leave and listen to the voicemail again in private. She was clearly having sex in the recording, even though she told Tom she was marrying Owen — the look on Owen’s face made it obvious that wouldn’t be happening.

Weber woke up in his room, and they were all relieved that he remembered Maggie. He was clearly back to his normal mindset, which also meant he was confused and angry to see that Catherine was there. Jackson pulled Catherine away and told her that he needed time.

Meredith tried to go home as she was clearly exhausted, but stopped when she saw that DeLuca was crying. She turned down Hayes offer to go out, but dropped everything to help DeLuca.

The Grey’s Anatomy season 16 finale ended with Teddy getting ready for her wedding, but walked out to learn that Owen had cancelled with the excuse of being pulled into a surgery. She didn’t know yet that Owen knew the truth and was apparently ready to marry him anyway.

Since production on Grey’s Anatomy season 16 had to end early, fans won’t find out what happens next until season 17. Though this wasn’t the worst way they could have ended things, it does leave many questions still up in the air.

At the very least, we know that Weber is okay and DeLuca is somewhat vindicated, but not really. It wasn’t the worst episode of the season, nor was it the best.

Here’s hoping that Grey’s Anatomy season 17 will be better?

“You would think it gets easier, but it doesn’t. Each one hurts just as much as the last one. So we hope for the best, and prepare for the worst. Because the worst has a nasty way of finding you.” #GreysAnatomy pic.twitter.com/84rMTDjApy

What did you think of the ‘Grey’s Anatomy’ season 16 finale?