We use cookies to ensure that we give you the best experience on Hypable. If you continue to visit us, we will assume that you are happy with it.
9:05 pm EST, January 21, 2020

The Arrow backdoor pilot introduces an incredible team between Laurel, Dinah, and Mia... in the year 2040.

In the year 2040, there hasn’t been crime in Star City since 2020 — since Oliver’s sacrifice — until the Green Arrow and the Canaries pilot episode reveals that trouble is about to hit Star City hard once again.

On Earth-Prime, Star City isn’t a disaster zone with the Glades having risen up to conquer the city. Instead, Oliver Queen is a hero, vigilantes were never outlawed (and became unnecessary due to the utopia Star City seems to have become), and Mia Queen grew up with her mother and brother with a normal life, not forced to grow up in a remote cabin. The Green Arrow and the Canaries pilot episode has no intention of changing that.

However, armed with future knowledge, Laurel Lance travels to 2040, one year before Star City falls (and Mia is blamed), to try to prevent the murder of Bianca Bertinelli, which started the decline. There, she finds Dinah, who was lost in time, and recruits Mia in a way that’s kind of terrible, but clearly necessary. 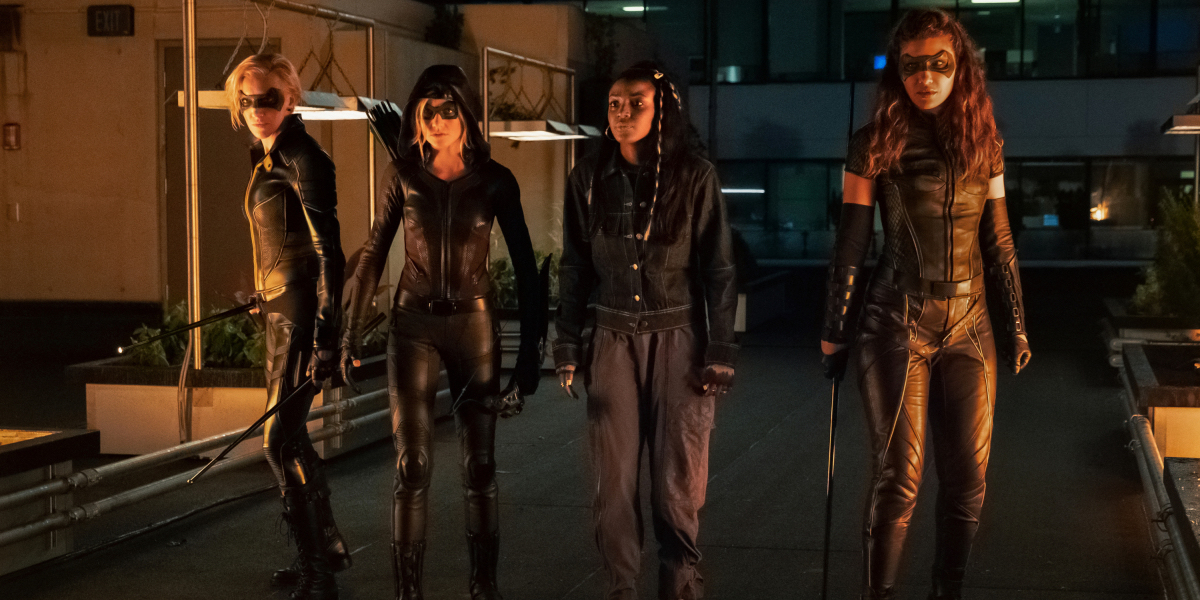 Honestly, while there were some issues, the Green Arrow and the Canaries pilot episode was actually quite good. Personally, I enjoy backdoor pilots more because we’re already familiar with the characters, at least partially, but there are always a few surprises (like who knew Dinah was married at 21?) and new characters to join the ranks.

The three leading characters — Laurel, Dinah, and Mia — are all relatively unexplored, and each offer such unique characteristics to bring together as a team, and I believe they will easily be one of the strongest in the Arrow-verse once they’ve managed to mesh (which, as we know, just comes from experience).

We’ve seen some tension between Laurel and Mia during this episode, and surely that will not be the last time they clash, but what’s important is they can already put their differences aside to save the city. With Dinah, she’s clearly going to have a good relationship with both of the other women and acts like a mediator of sorts, a role that is definitely important.

I’m satisfied with the aspects of the Arrow spin off that have become the focus for each of the characters. This is an exciting opportunity for everyone involved, and while Arrow failed to write a satisfying stories for the Canaries, this gives them the opportunity to rectify that. Plus, with Oliver’s skills and drive paired with Felicity’s mind, Mia makes a pretty great Green Arrow. 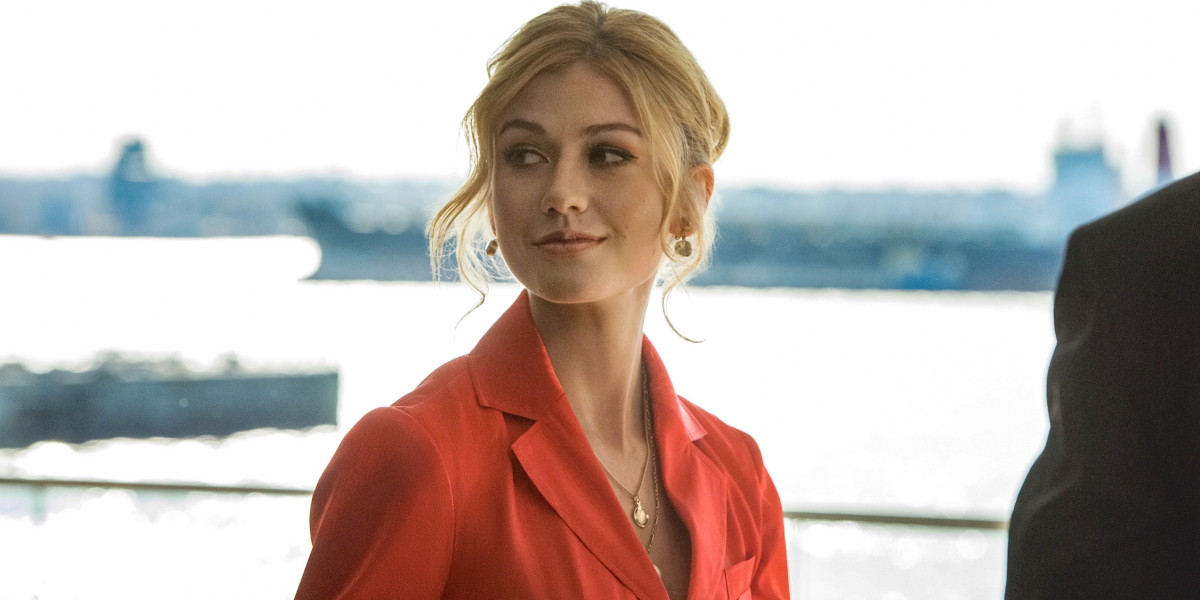 In my opinion, this Mia is much better than the Mia in the previous timeline. There were serious issues and concerns with her (and, frankly, with Dinah and Laurel as well) that the writers started to address, and I have to say I’m very pleased by how they changed Mia with the new timeline. Being more personable and having the social skills to match her physical abilities is important, and she’s more like her father than ever before.

As for her competing memories, it’s easy to be angry with Laurel and Dinah for forcing those upon her. But, in a way, it gives Mia a chance to truly honor her father. It’s clear how lost she was as Star City’s most popular socialite, and if she had never gotten her memories back, she might never have become the Green Arrow.

(Given the article Laurel showed Dinah, she might have become the Green Arrow any way, but she failed disastrously, which could partially be due to her missing memories and not having the knowledge she gained in childhood and from time with her father.)

It’s very obvious that, one way or another, the Queen and Diggle families are going to stay intertwined. With Mia’s relationship to JJ in this timeline, and her budding relationship with Connor in the previous timeline, it’s clear that this triangle is going to be the focus of Mia’s love story moving forward. Though Connor played such a small part in the Green Arrow and the Canaries pilot, he was around, which is good news for the shippers. 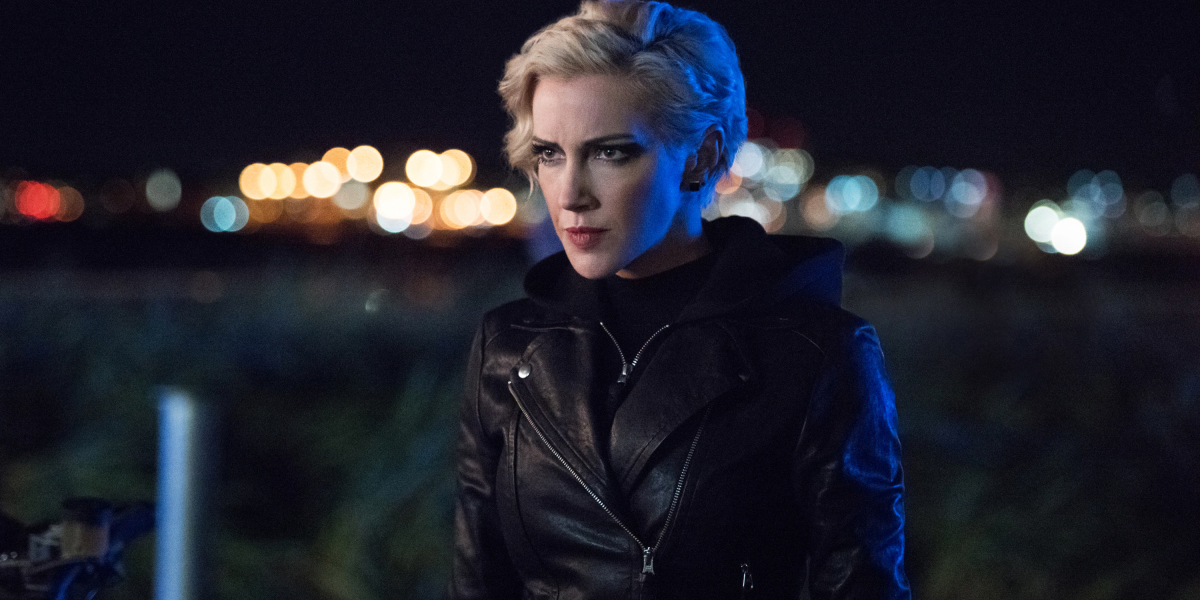 What’s most exciting about Laurel is how much she can still grow as a hero, as the Black Canary. It’s clearly something she’s passionate about, something she wants to do, as she tracked down trouble in 2040, in a time where she could have been resting peacefully if she’d stayed in the present day. But it says something that Laurel left a crime-free Star City to come help save the day.

Her attitude, patience, and social skills could still use a bit of work, but the tension with Mia works. Those two will help keep each other in line, figure out the right way to proceed with a situation, and eventually, strike a deep friendship and partnership where they aren’t bickering over next steps.

With Dinah, these two make an impeccable pair. The chemistry between Katie Cassidy and Juliana Harkavy is so clear and strong, it really makes this friendship stand out from the others in the Arrow-verse. Dinah and Laurel have come so far, and it’s inspiring to see these two women make amends and move forward from their past as friends, even when the world made it nearly impossible to do so.

I’m excited for Cassidy and Harkavy to share more time with Kat McNamara to develop their chemistry (as Mia hasn’t had much interaction directly with Laurel on the show since being introduced), as I’m sure this team is going to be one of the strongest in the Arrow-verse if given the time to blossom. 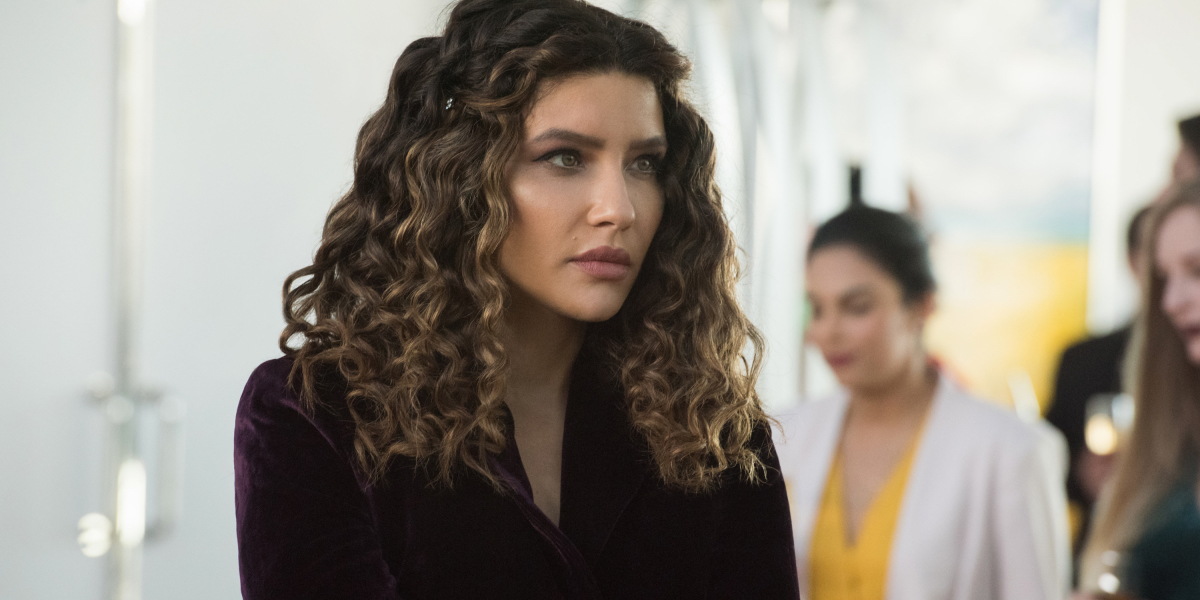 If I’m being entirely honest, Dinah was probably my favorite character on the Green Arrow and the Canaries pilot episode. We didn’t get to know her very well on Arrow, especially details about her past (outside of her relationship with Vince that led to her getting the canary cry), and I love that the episode points out how little we know about her in order to look forward to it in the future.

Even Laurel, one of Dinah’s closest friends (now), doesn’t know much about her, so it’s kind of like the writers are starting with a clean slate… kind of.

However, I admire how Dinah’s growth has cemented her as the mediator of the group, the one with various skills that are extremely useful (like her computer abilities), and that she’s the most level-headed, stable, hero-like character of the bunch. While both Mia and Laurel need to grow as heroes, Dinah is there already, no doubt partially due to her time as the Star City Police Captain.

Even I’m surprised how much I enjoyed and appreciated Dinah, which is probably a little due to Juliana Harkavy’s passion for playing her, as she made clear in our preview interview.

(Side note: I’m actually really happy that Dinah’s gotten her canary cry back as one of the changes to her post-crisis. I just hope the writers don’t rely on Dinah and Laurel using their cries instead of focusing on their other skills, like they’ve done in the past.) 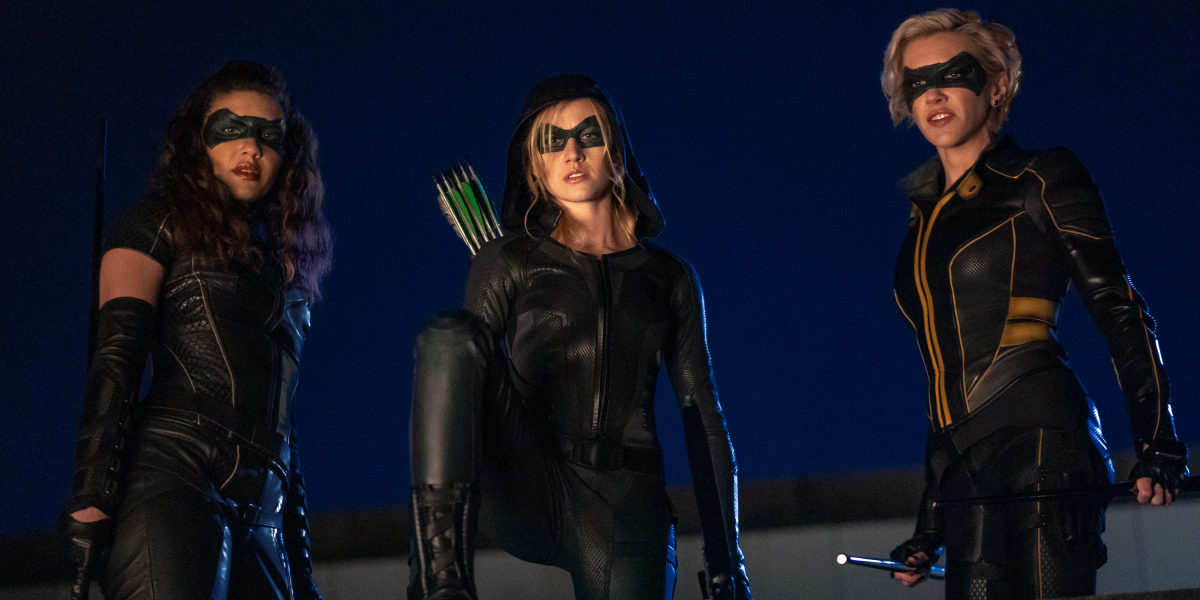 One of the strongest things about the potential Green Arrow and the Canaries series is having three leading heroes. With one, focus on other characters takes away, often, from the story of the leading hero, and eventually the show tries to start balancing between everyone else because of the star’s demanding work schedule.

It happened on Arrow, The Flash, and Supergirl after season 1. With Legends of Tomorrow, there are almost too many characters to explore with that ensemble that no one really gets their due time. With three characters, there should be a nice balance of the work, and the stories can easily be centered back and forth between one or another at any given time.

One thing I’m absolutely hoping does not happen is more characters joining their team. They have the skills to work together as a cohesive unit, and as with saw with Arrow, too many characters on the team, well, ruins it. Laurel, Dinah, and Mia are enough.

And so far, Mia, Dinah, and Laurel make a nice team. They’re nicely balanced, have skills that will come in handy, and it’s interesting to see Laurel and Dinah in the future. There’s only room to go up from here, and I cannot wait to hear that Green Arrow and the Canaries has been ordered to series.

The Arrow series finale airs Tuesday, January 28 at 8 p.m. ET on The CW!