Besides expecting some awesome fight scenes, I had zero expectations going into Godzilla vs Kong. It appears that was the perfect recipe for enjoying the hell out of it.

For those that need more of a description as to what this movie is about beyond the obviousness of the title, Godzilla vs Kong is the story of an ancient rivalry, human greed and smug superiority, and the bond between a girl and her protector.

Godzilla vs Kong picks up years after the events of Godzilla: King of the Monsters, and we learn, throughout the opening credits, that both Godzilla and Kong have been a little busy. The pair have been putting other titan-sized monsters down left and right in that time, and, since Kong is a threat to Godzilla, he’s been basically put into witness protection. It’s for his own good, even if he’s totally not cool with the idea.

Related:‘Godzilla: King of the Monsters’ delivers a titanic smorgasboard of visual delights

When Godzilla unexplainably attacks an American city, all hell breaks loose again, and it would seem as if the humans learned exactly nothing from the events of Godzilla: King of the Monsters. But, yeah, that’s pretty much where this movie gets going, so I’ll leave the rest for you to watch for yourselves or read on for my Godzilla vs Kong movie review.

First of all, anyone who goes into a Godzilla or Kong movie and expects the human element to be the most emotionally satisfying can take a fucking hike. The humans are there to build a narrative. They’re there to explain what these two massive, instinctual beings cannot. It’s nice when the humans are funny or elicit a tear or two, but we’re all here to see these two giant creatures on screen together. That’s the point.

But yeah, I don’t even have a huge problem with the human storylines in this movie. Ilene Andrews, the character played by Rebecca Hall, leads the most important of the human stories, and it’s also the best of the four. While Rebecca Hall herself was great in the role, it’s the little girl, Jia, played by Kaylee Hottle in her feature film debut, that steals the show in regards to the human element. 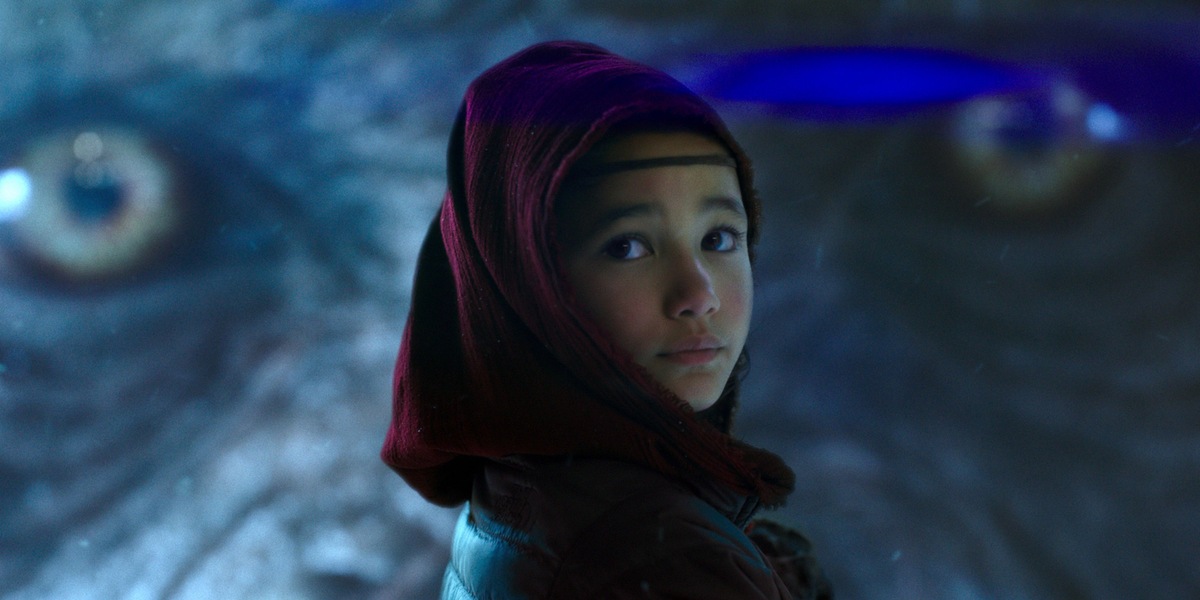 This little girl had me eating out of the palm of her hand every moment she was on screen, and she never even needed to make a sound. Seeing her be able to commune and communicate with Kong is the most emotionally connective part of the movie. Their bond speaks to something more than DNA or emotional bonds, though. They have this thread of understanding that can only come from a protector and his charge. And while we don’t know they’ve been communicating all this time, it seems to come from somewhere deeper than language or even instinct. It’s love at it’s purest form.

So yes, while I didn’t watch Godzilla vs Kong for the drama, I felt myself pulled in by Jia and Kong’s story. It’s remarkably simple and touching at it’s heart.

Okay, as for the other humans… Meh.

Millie Bobby Brown and Kyle Chandler are probably the two most superfluous characters in this movie. I know they were included to provide a through line from Godzilla: King of the Monsters, but their part of the narrative could have been completely discarded and the movie wouldn’t have suffered an iota. And that pains me to say a little, because I love me some Eleven and Coach Taylor. Just saying.

Brian Tyree Henry’s character, Bernie Hayes, however, was a fun addition. His connection to the core antagonist in this movie kept things funny and moving right along, and the commentary from Hayes was the forgettable fun you expect from a Godzilla-esque kind of movie. 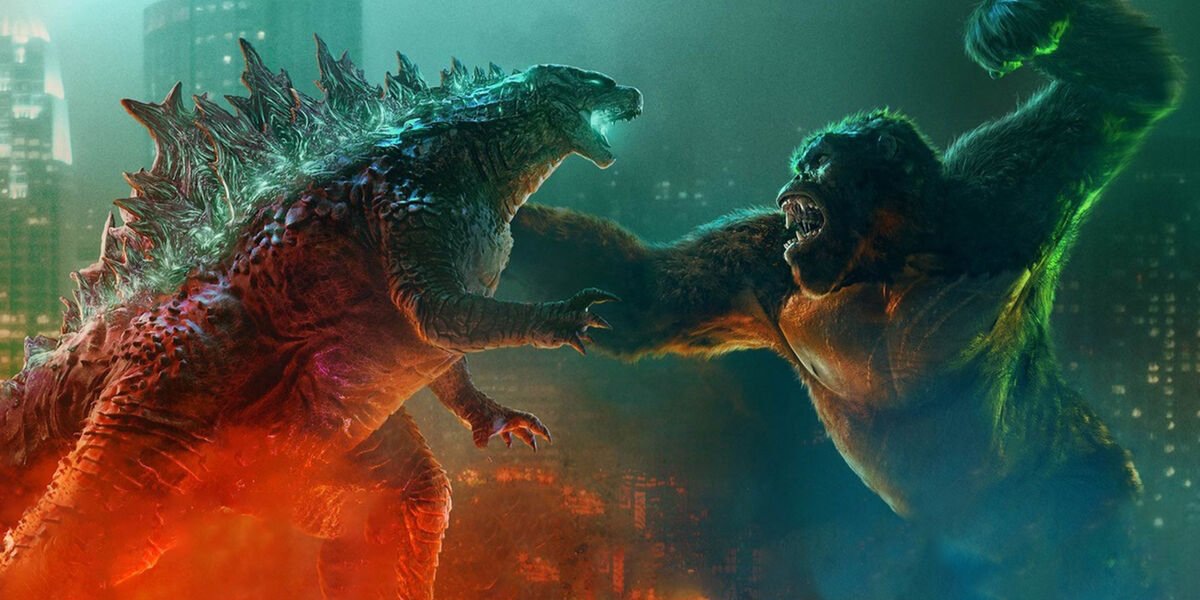 And as much as I like Eiza González, her character is likewise pretty unnecessary and, sadly, forgettable. Maya Simmons is basically her father’s stooge, and her father barely merits a storyline himself.

Demián Bichir plays the idiotic Walter Simmons, who is desperate to look the hero. His character is the definition of vanity and superiority run amok. He answers to no one, and has no one to check his power, so he dramatically oversteps common sense and costs probable thousands of people their lives when all is said and done. He’s not a particularly complicated villain, just the power-hungry norm we expect when humans think their technology can overrule centuries of instinct and natural order.

But let’s face it, we’re all watching this for the battles and the creatures. Both Godzilla and Kong looked great in this movie, whether they were fighting each other or for each other. The battle sequences were flashy, but clear, and provided enough variety to keep me entertained. 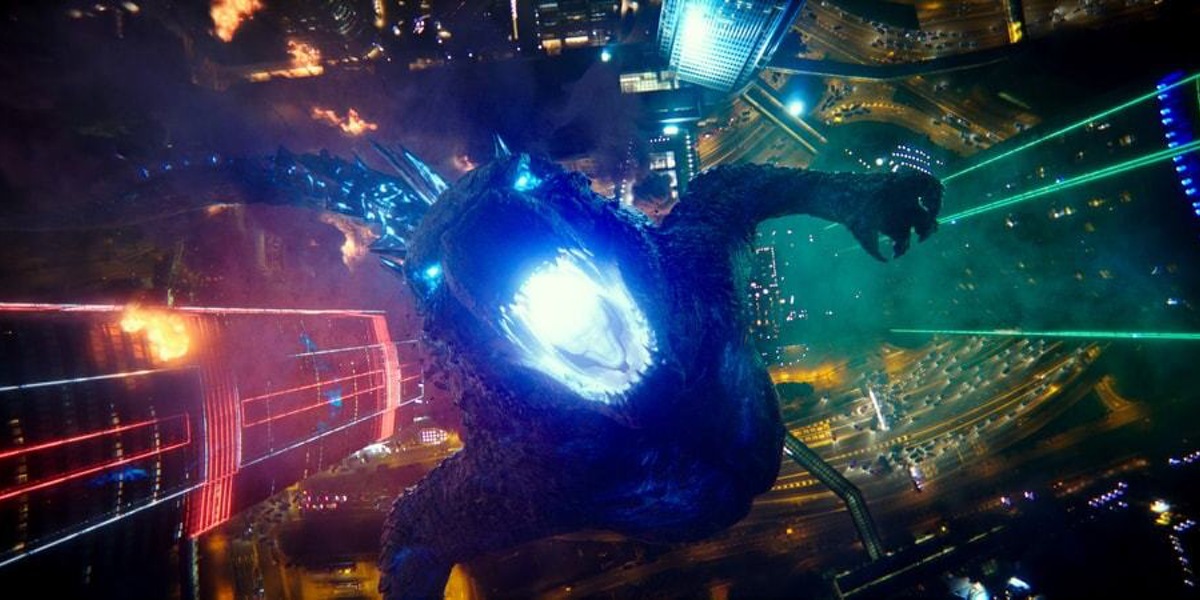 Which is all I was looking for here. I wanted to be entertained for two hours of monster movie craziness, and I certainly got that and then some. While I don’t think the visuals surpassed the mastery we saw in Godzilla: King of the Monsters, there were still more than a few epic battlescapes and an appreciated dramatic art style.

So, yeah, whether you are watching this one safely at home, or making your first foray back into the theaters, I think Godzilla vs Kong is a great start to the summer movie season. Yes, I know it’s still March, but this definitely feels like a fun summer movie from start to finish. All I know is, Godzilla vs Kong was a fun movie to review, and even more fun to watch.

Don’t forget, you can watch Godzilla vs Kong from the comfort of your couch on HBOMax.