We use cookies to ensure that we give you the best experience on Hypable. If you continue to visit us, we will assume that you are happy with it.
8:15 am EDT, May 9, 2019

Game of Thrones “The Last of the Starks,” showed us all that the night is dark and full of heartbreak.

This season of Game of Thrones is certainly moving fast.

After years of hyping up The Night King and preparing to beat back the hordes of the frozen undead, last week’s “The Long Night” did just that in relatively a neat, tidy and dark (literally) 80 minute episode.

The military victory is short-lived since there’s still the very real threat of Cersei in the South to contend with — which means our heroes get very little time off to enjoy themselves (and one another) before it’s off to march towards King’s Landing.

Another part of the show that was equally as short-lived? All that rejoicing we did about our ships.

Indeed, it was only two episodes ago where I was proclaiming that Game of Thrones a game of ships that we all won.

A mere two episodes ago, we had Missandei and Grey Worm planning out their future someplace faraway from Westeros, the #Gendrya ship officially sailing, an emotional reunion between Theon and Sansa, and the scene that made us all weep and clutch our chests with emotion — Jaime knighting Brienne.

It was a fantastic episode for shippers everywhere — one in which we got watch people whom we love dearly show their love to one another in a variety of ways.

And in this episode, we had to watch that all fall apart. 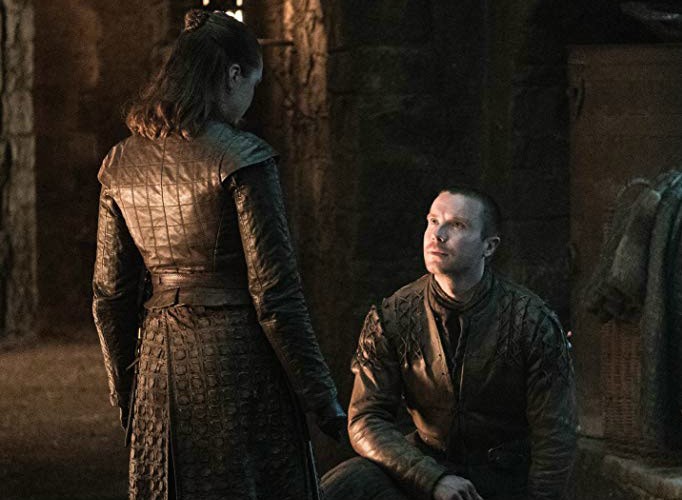 The evocative reunion and shared looks over watery soup between Theon and Sansa inspired many a simmering Theonsa shippers to come out of the woodwork, and even more to suddenly look intently at their TV screen and think — holy shit, am I shipping this now?

Unfortunately, both types had but a week to revel in their ship, as Theon ended episode 8×03 bravely defending the family he had once betrayed to his death. This episode began with Sansa crying over his pale corpse, having now lost — and never even being able to say goodbye to — the one person in the world who truly understands the cruelty she suffered and overcame. Theirs is a ship that was over before it ever really had a chance to blossom.

Our newly minted canon ship start out all well and good, with bastard Gendry Waters officially becoming Gendry Baratheon due to the beneficence of Queen Daenerys. This makes him the Lord of Storm’s End, which means that he is no longer in a subordinate social class to Arya. She would no longer be m’lady to him — they could be equals. They could be family.

His legitimization makes it feasible for him to actually propose to Arya — which is exactly what he does the moment he can. He tells her he loves her and goes down on one knee, proposing to be her lord and she his lady. But marriage isn’t on Arya Stark’s mind right now — not after she has (basically singlehandedly) defeated The Night King and certainly not as they’re staring down the barrel at another war in the south.

So instead she gives him a tender kiss, this man who has always taken her as she is and admires her, and equally as tenderly tells him that while she knows he will be a wonderful lord, she cannot be his lady. 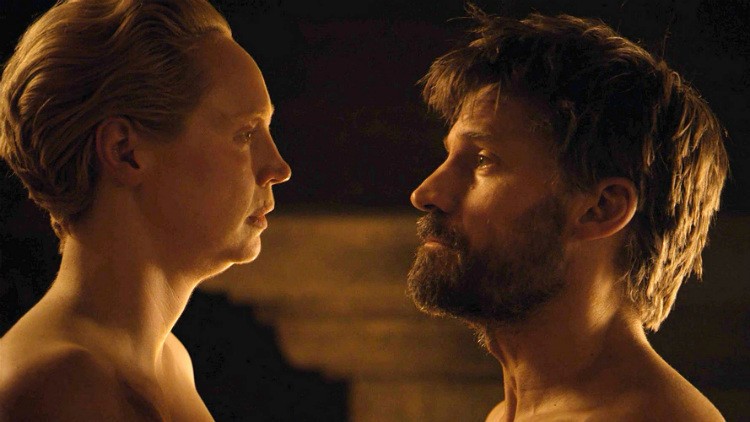 Jaime and Brienne, the most exquisitely crafted slowburn ship on this show, had a fantastic couple of episodes.

First of all, 8×02 gave us scene after scene of these two interacting in ways that I swear the writers took from the best fanfic on Ao3 (I’m not mad about it — I just want the writers to drop their rec list), all culminating in a scene which united the permanently fractured Game of Thrones fandom and reduced everyone to tears — the knighting of Ser Brienne.

Then, 8×03 had these two fighting side by side, back to back, keeping everyone and each other safe from the hordes of the frozen undead and the newly raised dead. The scene of these two lit from behind by the flames of Winterfell, fighting next to one another and in sync was the definition of a love scene, you will never convince me otherwise.

And for a while in 8×04, it looked like our great fortune with Jaime and Brienne would continue. Jaime outed himself as the least smooth dude in all of the seven kingdoms when he pretended to be overly warm and then fumbled with his laces in Brienne’s room, to the point where she just went ahead and started undoing them for him. The kiss shared between the two made my heart burst, and I swear I could hear the screams of delight reverberating from Twitter and Tumblr as I sat on my couch.

Alas, this is Game of Thrones, and it likes to frequently remind us that life isn’t a song. No sooner do we get to bask in the afterglow of the canonization of our favorite slowburn then it’s cruelly ripped away from us. Jaime decides to ride off to King’s Landing, but not before spitting some pretty vile shit at Brienne about what a terrible person he is and how he doesn’t really care for her after all.

My guess is that he acts like the biggest fuccboi in all of Westeros so she doesn’t follow him down to King’s Landing, where I’m assuming (hoping?) he’s planning on killing his dear sister/former lover. But even if that is the reason, the sight of Brienne breaking down into full blown sobs after begging him to stay is enough to make me want to fight him. 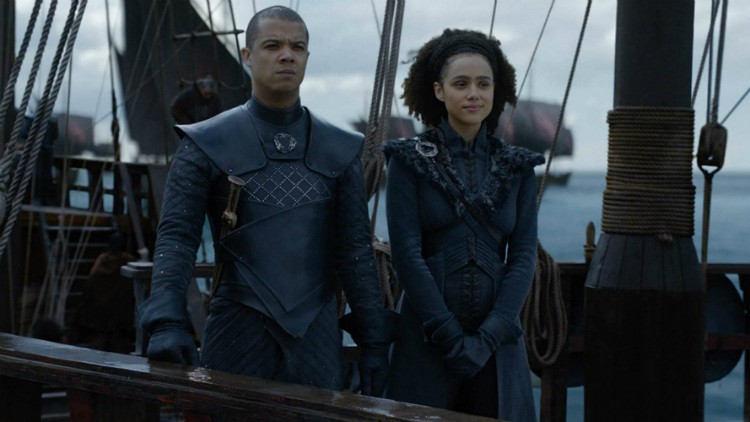 Finally, we have our sweetest canon ship so far — Missandei and Grey Worm — who end up with the worst fate out of all the ships we celebrated (or at least hoped for) two episodes ago.

Now, I never really believed that both Grey Worm and Missandei were going to come out of the show alive. In fact, I was pretty much convinced that the conversation in 8×02 in which these two planned their life after the war spelled certain doom for Grey Worm at the hands of the Night King’s hordes.

But when Grey Worm managed to survive, I was pleasantly surprised. I thought that perhaps more minor characters such as these two would be spared the prolonged suffering and cruelty visited upon the other members of the cast. I daresay that I even hoped for a happy ending for these two — a man whose life was stolen so he could become a soldier getting to live out his life and love with a woman who was once a slave.

Unfortunately, this is Game of Thrones, a show that isn’t known for either giving happy endings or caring too much about its female characters and people of color.

Grey Worm survives the assault on Winterfell, manages to fight off hundreds of frozen zombies, all so he can watch the woman that he loves die with her hands chained at the order of Cersei Lannister.

It’s an especially cruel death, not only in how she died — in chains — but because her death was used to prove that which we already know (that Cersei is evil, that no one is safe, that this show doesn’t care about characters of color) and to serve as a catalyst for a decision we knew was going to happen anyway (Dany wrecking King’s Landing).

Of course, the show isn’t called Game of Ships — it’s Game of Thrones. Even when I was writing about how it felt like we were all winning the game of ships, I still fully acknowledged how fleeting it would likely be — I just didn’t realize how intent the show would be on ripping out our hearts so soon after it filled them with love.

by Aaron Locke
by Kendra Cleary