We use cookies to ensure that we give you the best experience on Hypable. If you continue to visit us, we will assume that you are happy with it.
8:00 am EDT, April 23, 2019

Game of Thrones took a break from its regularly scheduled murder and mayhem to give us an episode full of great ship moments.

Since it has long surpassed the books and started writing up its own storylines, Game of Thrones at this point in its run is really just like a fanfic version of George RR Martin’s A Song of Ice and Fire series. As an avid and long-time reader and writer of fanfic, I want you to know that I mean that in the most complementary way possible.

But just as fanfic — like all writing — can vary wildly in quality, so, too, has the writing for Game of Thrones since it ran out of book-based storylines frequently been any where from somewhat questionable to laughably bad.

Not so with last night’s episode.

Episode 8×02 of Game of Thrones, “A Knight of Seven Kingdoms”, was the very best kind of fanfic. Rather than speeding across the plot or drumming up conflict for the sake of drama, it focused on the characters and allowed the scenes to breathe. It took its time and took care with its words, giving us character moments and elegant scenes rather than a mere list of plot points.

It was Game of Thrones at its best. An episode where the writers remembered that people don’t just tune in (or aren’t even interested in tuning in) for the high budget effects or big battle scenes or gratuitous torture — what they also want are all their faves talking to each other, laughing together and declaring their love for one another. 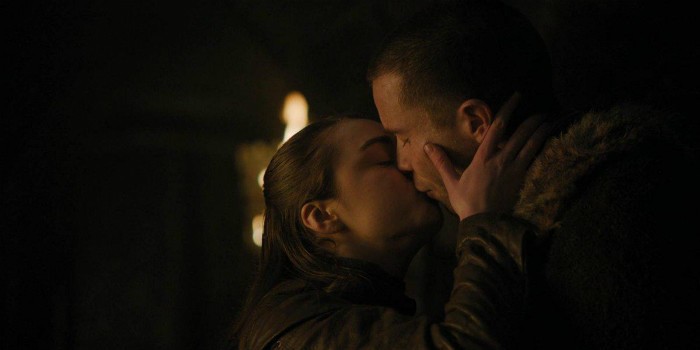 There were moments during “A Knight of Seven Kingdoms” where I felt like I could almost hear the screams of shippers reverberating across Twitter and Tumblr and could imagine viewers clutching at their hearts and hugging their friends — maybe even shedding a tear or two (perhaps even straight up sobbing).

Missandei and Grey Worm are already an established canon ship, and they got a great scene this episode. A sweet, sultry and well-developed romance of a kind that’s rare on this show, the two discuss what they want for themselves and for their shared future together (mainly getting out of a racist AF Westeros) — a reminder of what a strong, committed couple they are (and seemingly a harbinger of Grey Worm’s doom according to every action movie I have ever watched).

In new canon ship territory, Ship #Gendrya definitely sailed, with a pair of scenes that seemed to be directly pulled from half a dozen or so fanfics that I’ve read. After a couple of scenes where the two flirted in the smith and over weapons (because of course they would), Arya went ahead and straight up went for it with Gendry (because of course she would).

It also featured the inclusion of some beloved Gendrya fic tropes, like: Arya in charge, captain consent Gendry, and doing it on top empty sacks. All that was missing was it being next to the glowing coals of the forge for it to be peak fanfic.

Even as it was happening, I couldn’t quite believe it was happening, but I was glad for it — mostly because I know there have been shippers waiting for an agonizing amount of years for these two to get on with it and get it on. 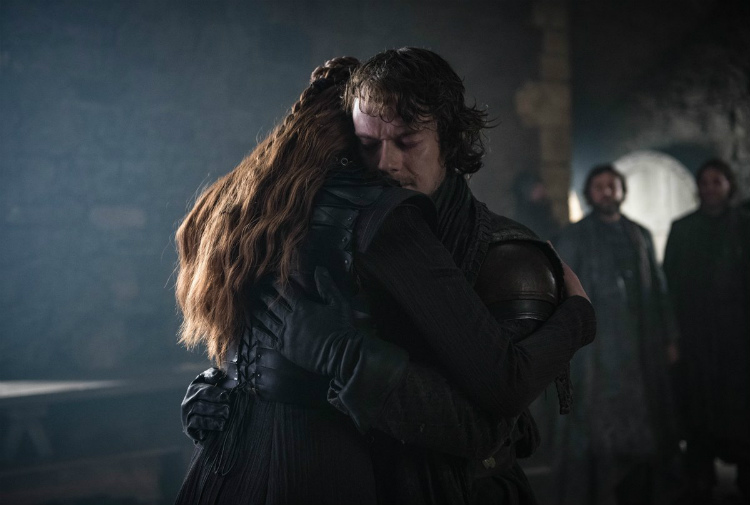 We also had the potential start of a ship that took many (the author of this article included) by surprise — Sansa and Theon.

The last time these two saw each other was back in season 6, when Theon helped Sansa escape the torture of being married to Ramsay Bolton. With Brienne capable of taking care of her, he’s too ashamed and broken to take her all the way to the Wall.

The hitch in Sansa’s breath and the break in her voice when she realizes this is heartbreaking, an emotion that is driven deeper into our hearts when Theon tells her that he would’ve died to get her to the wall. Sansa hugs him close after this admission, but Theon — still mostly seeing himself as the deplorable Reek at this point — can’t find it in him to accept that affection and closeness and keeps his hands at his side.

That gesture becomes even more important when you look at their season 8 reunion. Theon returns to Winterfell after freeing his sister — not to fight for Dany, but to fight for Sansa and his home. At the sight of him and the sound of his words, Sansa drops her icy northern demeanor and immediately goes to him — the only other person on this earth who knows the torture and pain she went through in the very place they now both stand — and, with tears in her eyes, hugs him the way she did all those years ago when she had to say goodbye.

Now, because he is no longer Reek, because he is a man who realizes who he truly is, because he has faith in himself and what he can do, he is able to accept that affection from her, bury his face in her shoulder, and lift his arms to wrap himself around her.

And whereas before he leaves her with the admission that he would’ve died to get her to safety, he now returns with the proclamation that he is here to fight with her and for her — if she’ll have him.

In the latter part of the episode, during the montage which features all other ships which are currently canon, Theon and Sansa are shown spending what might be their final night on this earth together, eating soup and looking softly at one another. 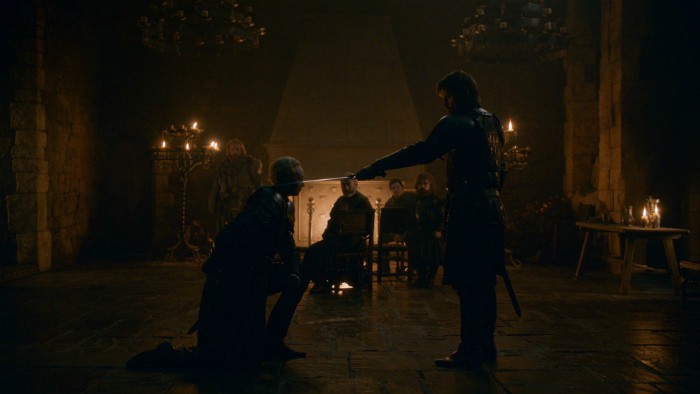 Finally, we had the not-quite-but-yeah-it-basically-became-canon ship of Jaime and Brienne.

Now, there aren’t many things that Game of Thrones fans are united over, but the one thing this episode cemented is how much everyone loves Brienne and how happy we all were that she became a knight like she so deserves.

That it was as the hand of Jaime made it all the better and their scenes more than any others felt like romantic moments that were both earned and incredibly satisfying, as if the writers themselves were all hardcore Jaime x Brienne shippers who wanted to give both themselves and the fans the best possible scenes in their reunion episode.

In fact, there were quite a few scenes between Jaime and Brienne that I swear I’ve read in fanfic before, and I wouldn’t be at all surprised if the writers room has spent some time perusing the Brienne x Jaime tag on Ao3.

The first scene between these two has Brienne standing in front of Dany and Sansa — two formidable women with equally formidable and understandable grudges against Jaime — and vouching for him, talking about his honor and his worth while Jaime stares at her with a look that’s equal parts awe and heart eyes.

The first individual scene these two have together is equal parts banter and heartfelt, with Brienne wondering out loud why Jaime isn’t insulting her, and Jaime ending the conversation by asking — with the tenderest, softest look — if he can follow her lead.

Wow, I felt my heart clutch in my chest and I would absolutely believe it if you told me that diehard Brienne x Jaime shippers the world over fell dead of a heart attack.

Then, of course, we have the scene of him knighting her — a scene I cannot even write about without feeling my eyes well up with tears. Seeing Brienne knighted by a man who has not only opened himself up to her, but accepts her, admires her and loves her as she is was the exact kind of payoff this slowburn romance — and we the audience who have shipped these two since season 2 — deserve.

Of course, I know this is Game of Thrones, which means it’s likely we’re getting all these great character scenes and ship moments just so the show can tear out our hearts by having all our faves — or all the characters featured in that ending montage while Podrick sings — die terrible and tragic deaths just as we’re reminded how far they’ve come and how much we love them.

But for now, let’s delight in last night’s Game of Ships and how much it gave to us.