9 forgotten Disney Channel Original Movies you should watch on Disney+

Let’s be honest: Not all Disney Channel Original Movies (or “DCOMs” for short) are created equal. History or fandom may not remember that these flicks existed, but we totally do.

After all, not every DCOM could aspire to be Zenon: Girl of the 21st Century, The Luck of the Irish, or even High School Musical.

Just like Marvel has its fair share of weaker movies (looking at you, The Incredible Hulk and Avengers: Age of Ultron), the Disney Channel has put out some less-than-memorable movies over the years.

That being said, there isn’t a single DCOM that isn’t worth watching, especially now that we’re all at least 10 years removed from most of them.

And what better time to catch up on all of the Disney movies to have ever existed than by kicking back and having a Disney+ marathon of forgotten DCOMs? I mean, they’re all there, just waiting for you to remember and rediscover them.

Just look at this Twitter thread list of all of the movies and TV shows on Disney+ (DCOMs included). It’s kind of insane.

It. Is. Time. From Snow White and the Seven Dwarfs to The Mandalorian, check out basically everything coming to #DisneyPlus in the U.S. on November 12.

So, don’t wait any longer. Log onto your Disney+ account and get ready to feel nostalgic for your childhood. Here are the Disney Channel Original Movies you’ve most likely completely blocked out of your mind or straight-up forgot about, but that deserve at least one more viewing (even if, afterwards, you vow to never ever watch them again). 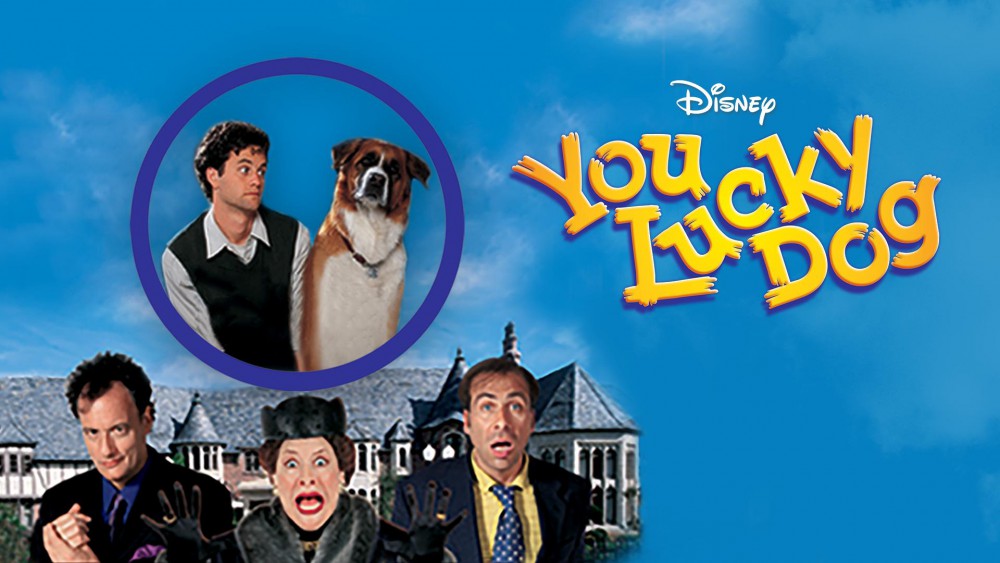 Remember when Kirk Cameron used to rule the Disney Channel? We all loved him in Growing Pains, which is probably how he ended up starring in this super early DCOM. How early? It was the second-ever DCOM to premiere on the Disney Channel.

It’s your classic story of guy pretends to be dog mind-reader, guy’s scam gets shut down, guy actually reads the mind of a wealthy man’s dog, guy lives the life of luxury after wealthy man dies. Oh, and guy also gets taken over by the rich dog’s mind from time to time.

If you’ve ever seen a clip or even a GIF of Kirk Cameron digging for bones in a backyard or pawing through garbage (or if you happen to be like me and sometimes have random glimpses of movies/shows you can’t identify flash through your mind), that’s this movie.

You Lucky Dog is by no means one of the best Disney Channel Original Movies, but it’s a fun romp that’s worth re-discovering on Disney+. 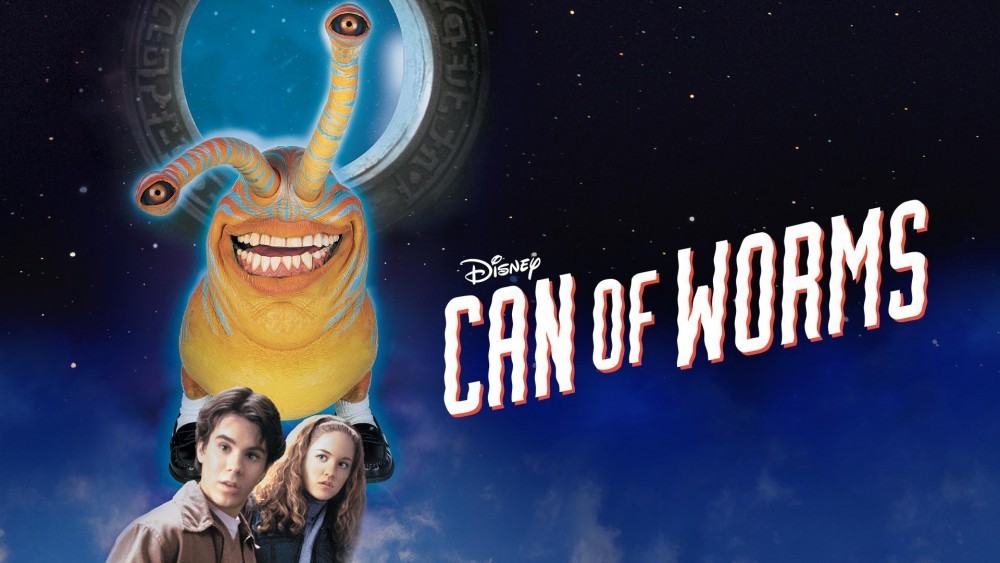 I’m going to be honest: I seriously cannot remember ever watching Can of Worms. I’m sure I did when it first came out, but I also remember being super grossed out by the main alien that was all over the marketing for the DCOM. It’s seriously the thing of nightmares. Just look at it!

This Disney Channel Original Movie came and went in the blink of an eye. You’d think that the weird alien would make it worth remembering, but it seems like few people ever mention this movie when talking about DCOMs. If anything, they’re like me and just mention the (and I use this term very loosely) “iconic” alien.

And so, it’s high on the list of forgettable Disney Channel Original Movies.

That being said, it’s not remembered as being complete trash (I don’t think), so it’s definitely worth a re-watch, at the very least to remember if you ever watched it in the first place. 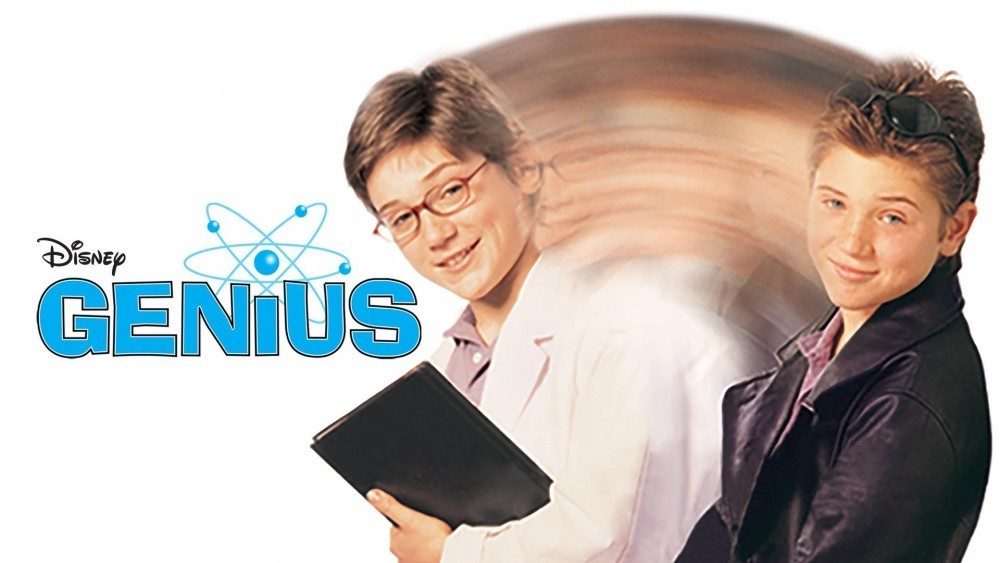 While everyone was constantly talking about how great Halloweentown, Johnny Tsunami, and Smart House were (the Disney Channel included), Genius (starring Shameless‘ Emmy Rossum!) flew pretty much under the radar.

The Disney Channel’s first foray into doppleganger/twin/double life movies, Genius was a charming DCOM that followed a (you guessed it) genius middle schooler who creates an alter ego for himself to hide the fact that he’s incredibly intelligent from a cute girl he’s crushing on.

This movie plays out exactly how you think it would and isn’t groundbreaking in any way, but it’s pretty stinking adorable and is super science-positive. If you’re looking for a fun rom-com to watch and don’t mind that said rom-com centers around some pretty young teens, Genius is the DCOM for you. 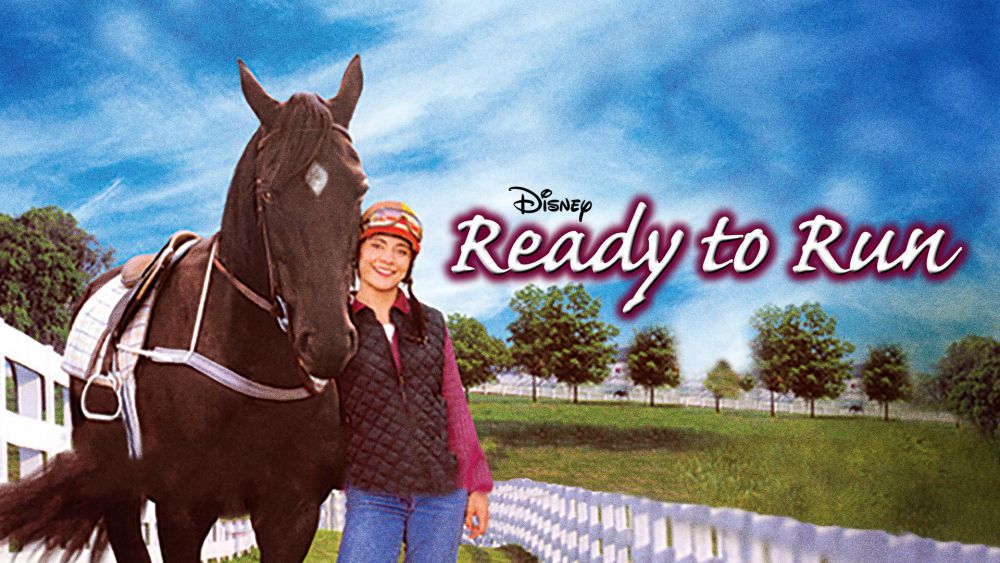 Remember the DCOM about the girl who wants to be a jockey? No?

How about the one about the horse that needs to wear headphones while running? There’s the ticket. That’s probably the aspect of this DCOM that’s remembered most, not that that’s a bad thing.

But the rest of Ready to Run isn’t all that bad either. It’s a fun, light-hearted movie about chasing dreams, and it involves horses, all the makings for an enjoyable watching experience.

Because this is probably a Disney Channel Original Movie you forgot existed (as it’s not one that has been broadcast often, even immediately after it first came out), there’s no better time to take a race back down memory lane and saddle up to watch this fun flick.

‘A Ring of Endless Light’ 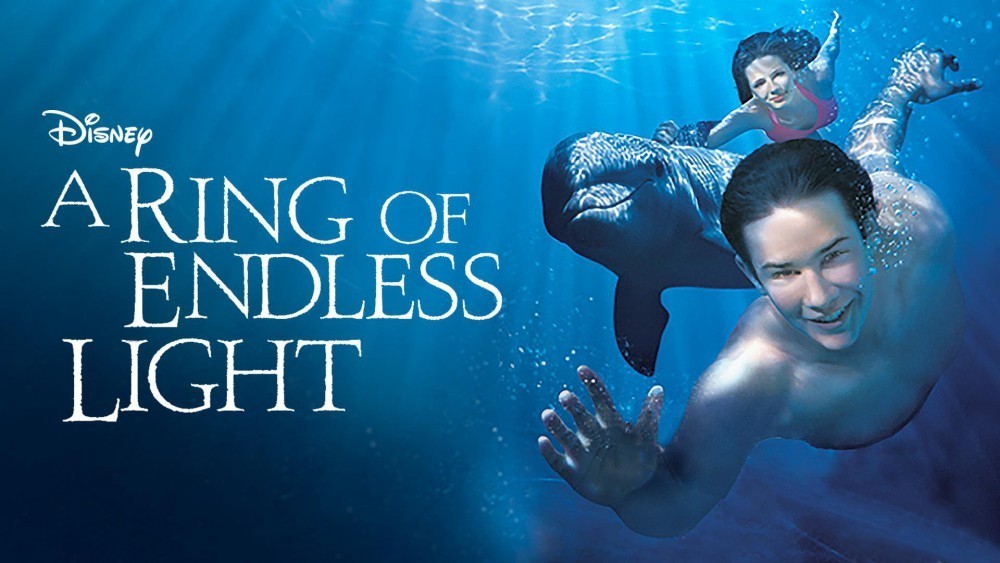 As soon as I proposed this piece to the Hypable staff, one of my colleagues immediately nominated A Ring of Endless Light for inclusion on this list. Why? Because out of all of the Disney Channel Original Movies featuring swimming or the ocean of any kind, this one is consistently the one that’s forgotten about.

In fact, there are most likely some scenes in this movie that you thought were in The Thirteenth Year.

But let’s be clear: A Ring of Endless Light stars Ryan Merriman and Mischa Barton, two pretty big names in the Disney Channel audience world, as two teenagers trying to save dolphins from dangerous nets. All the while, Mischa Barton’s grandfather, who she’s visiting, is battling leukemia.

A Ring of Endless Light is based on a Madeleine L’Engle novel of the same name, which should be reason enough to go back and give it another shot. Add in a love triangle, telepathic dolphin communication, and the fact that it’s only 88 minutes, and you’ve got a pretty solid afternoon-in movie to watch on Disney+. 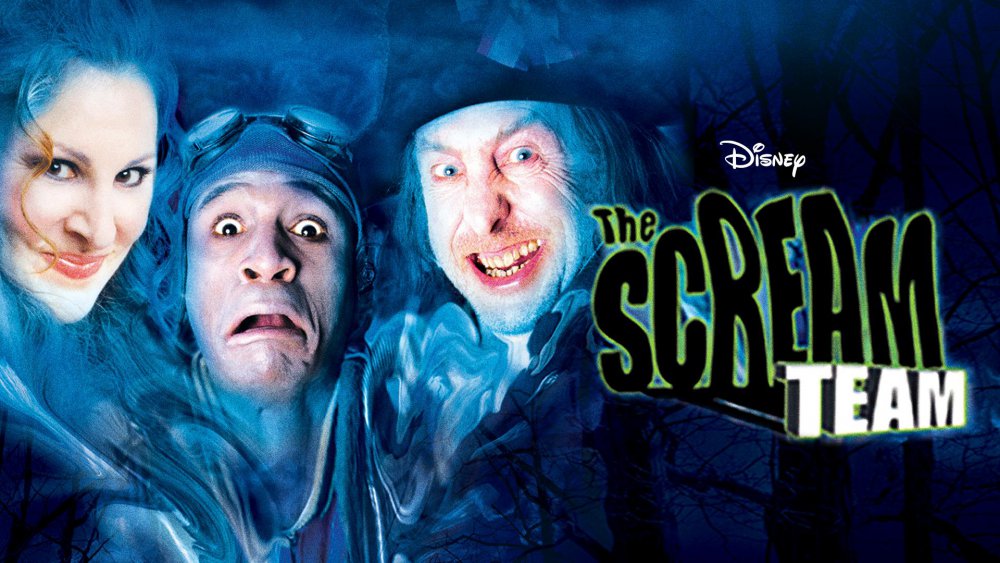 There was a time in Disney Channel history, toward the end of 2002 to the beginning of 2003, where a string of relatively forgettable DCOMs were released, all of which made this list.

The Scream Team is one of those movies.

After memorable flicks like Halloweentown and even Don’t Look Under the Bed, the bar was set pretty high for the Disney Channel when it came to putting out memorable “scary” and Halloween-themed Disney Channel Original Movies. Perhaps that’s why The Scream Team isn’t one that’s often talked about. It was a fun time, to be sure, but sadly forgettable.

But if you’re in the mood for an entertaining romp and a movie about ghosts, just trying to keep to the status quo, this movie is worth going back to and giving a second chance. Who knows, maybe its inclusion on Disney+ will make it into some sort of cult classic. Maybe. 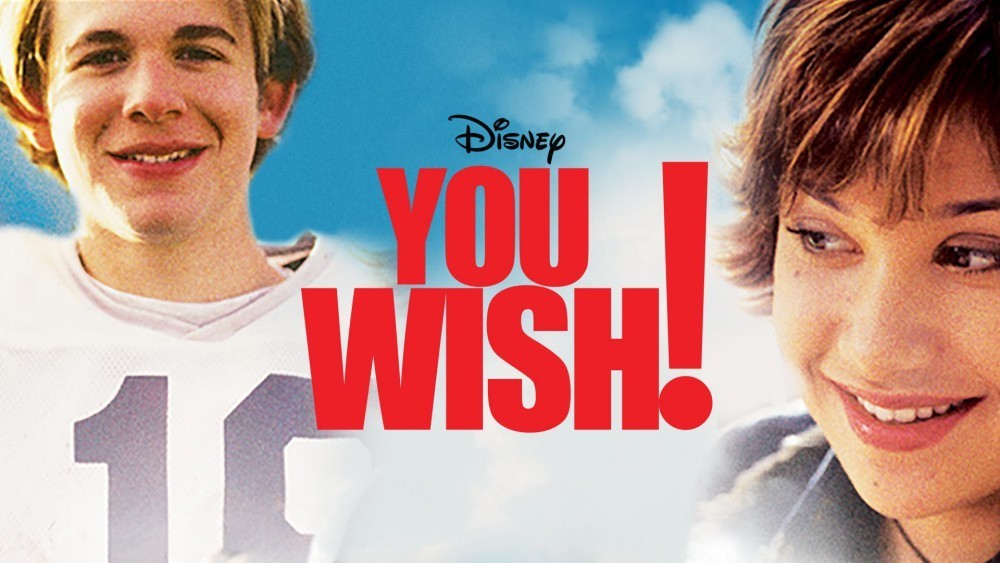 There are so many movies, shows, books (you name it) out there with a premise along the lines of “when Alex’s younger brother Stevie annoys him to his breaking point, he wishes that his younger brother had never been born… with disastrous consequences.”

Perhaps that’s why You Wish! is so forgettable.

It’s certainly not because of its cast. An Even Stevens alum, Lizzie McGuire star, and Disney-favorite child actor? All of these familiar faces should have been enough to keep these movies in our minds for at least a little while.

This movie, like most other DCOMs, is pretty predictable, but it’s comforting in its predictability and sweetness. You Wish! may not be a movie you’ll want to watch on repeat or with any sort of regularity, but it’s a good one to go back and watch with fresh eyes. 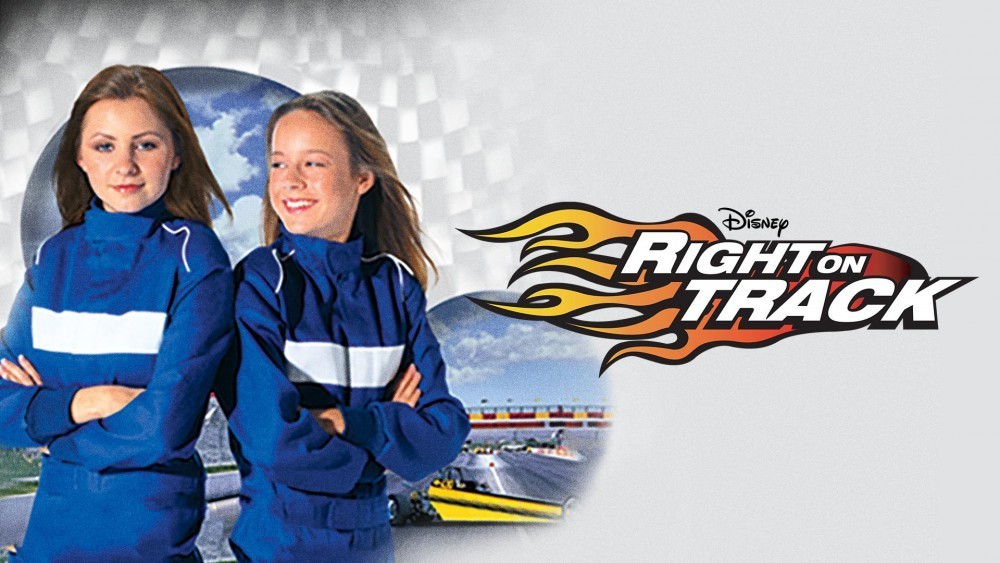 The Disney Channel has put out its fair share of sports bio-pic DCOMs over the years, but Right on Track seems to be one of the least memorable of all of the ones based on a true story. In fact, when people think of Disney Channel Original Movies based on real people, they think of Double Teamed or Miracle in Lane 2 more often than Right on Track.

But that doesn’t mean it’s not worth watching.

Centered upon two sisters who dream of racing, this movie has its fair share of girl power. Add to that the fact that Brie Larson (yes, the Captain Marvel) portrays one of those sisters, and you’ve got some serious vibes going on here.

It’s not a fantastic Disney Channel Original Movie, but it’ll make for a good flick to pass an evening with.

‘Going to the Mat’ 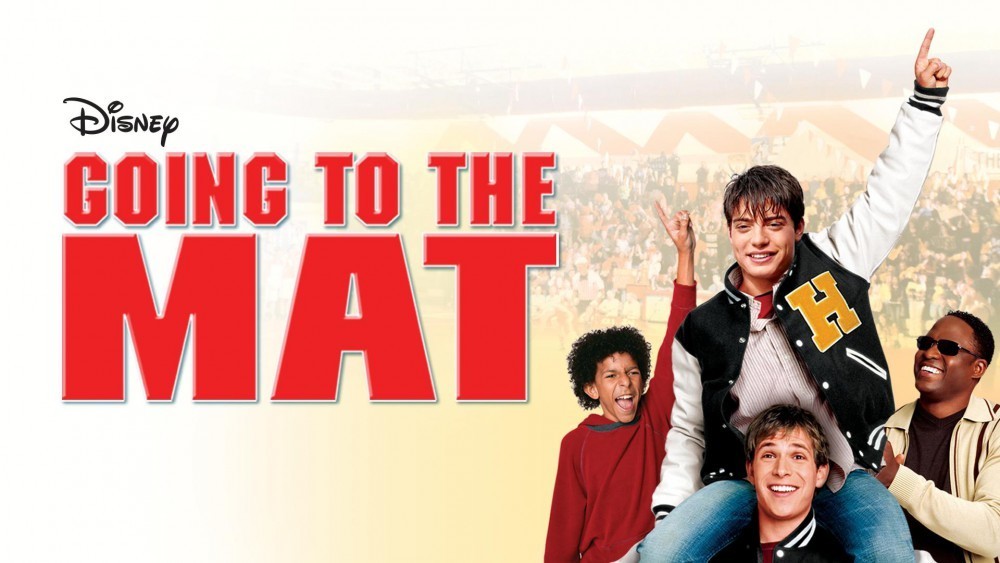 The Lawrence brothers dominated the Disney Channel for a time in the late ’90s and early 2000s, so you may be surprised to find an Andrew Lawrence movie on this list of forgotten Disney Channel Original Movies. But here we are.

Every once in a while, the Disney Channel liked to trot out dramatic biopic DCOMs as if to say, “We can be serious filmmakers when we want to be. Just take a look at this movie based on a true story.” And while I’m not sure “serious filmmakers” is what they were, their biopics, like Going to the Mat were fine. Passable. (Although by today’s standards, the choice to have Andrew Lawrence portray a blind student would definitely garner some attention…)

Going to the Mat centers around Andrew Lawrence’s character who’s the new (blind) kid in school that just wants to fit in and be accepted. And so he tries to do so by becoming a wrestler.

You’d never guess it by the summary, but Going to the Mat is actually one of the most critically acclaimed and highest rated DCOMs on IMDB. Though it hasn’t had the staying power of other biopic DCOMs (like Double Teamed), Going to the Mat is surely one to queue up on Disney+.

Related: The definitive ranking of the best Disney Channel Original Movies (as decided by YOU)