Though the year has barely just begun, I’m confident in saying that Firekeeper’s Daughter by Angeline Boulley is one of the best books of 2021.

Eighteen-year-old Daunis Fontaine has never quite fit in, not with her hometown or with the Sault Ste. Marie Tribe of Chippewa Indians. Being biracial means she an observer in both worlds, but never quite an active participant. That is, until tragedy strikes close to home, unearthing an ugly secret that threatens her community.

Volunteering as a criminal informant in a dangerous investigation (while conducting her own investigation on the side), Daunis works to root out the corruption and put an end to the drug smuggling ring that’s plaguing both of her communities. But when she realizes that nobody is quite who she thinks they are and the bodies start piling up, she’ll need to figure out how to protect the people and way of life she cares about while also seeking sorely-needed justice.

I can’t even begin to describe how much I loved Firekeeper’s Daughter. How in awe of it I was and, frankly, still am. Part thriller, part romance, part coming of age novel… It’s difficult to categorize this novel because it’s a perfect blend of so many genres and journeys.

Daunis, the book’s main character, is really the personification of this sort of blending. She’s very literally a combination of her two parents’ very different cultures, French-American and Anishinaabe, with neither community ever really seeing her as fully “theirs.” She lives in the in-between, which works to her advantage as well as her disadvantage in both everyday life and life as a criminal informant. Daunis can access a wide array of spaces and situations without calling too much attention to herself, but she then also has to bear the brunt on multiple fronts of the information she finds out, mainly in terms of what doing something with it could do to the people and way of life she cares about.

Her personality is also a blend as well. She’s incredibly compassionate and selfless, but can be tough and secretive when she needs to. She’s also a romantic who’s scared of love because of all of the ways it has hurt and abandoned her in the past. Her multifaceted personality and all of the ties that bind her make for a unique and compelling perspective through which to view the events of the novel.

Without her perspective, the thrilling mystery wouldn’t be nearly as compelling. Her insight, as well as her love for her Anishinaabe community, adds nuance to a situation that could’ve easily crossed over into harmful stereotype (or even white[-presenting] savior) territory. But the murder/illegal drug smuggling storyline is handled with such thought and care.

I’m positive that’s thanks in large part to the author coming from the exact same community she’s writing about.

Firekeeper’s Daughter is a beautifully nuanced introduction to the Sault Ste. Marie Tribe of Chippewa Indians that live in northern Michigan (as well as their relation to the surrounding areas and the rest of the United States). The book explains and gives rich context for daily, weekly, and yearly traditions, and never shies away from weaving in Anishinaabe words, phrases, and prayers. Their regular incorporation establishes a familiarity where, even if you couldn’t remember exact translations, you could infer meanings of non-English words and phrases without being taken out of the novel.

Though the reader remains fully aware that they’re very much on the outside looking in, it’s hard not to do so without a sense of awe and reverence. My personal favorite aspect of exploring life in this part of northern Michigan is the sheer love and sense of community that permeates everything. Every person is keenly aware of those around them and how their actions have ripple effects. Not only that, but there’s a strong sense of family and respect for community elders that’s deeply ingrained in everyday life. I couldn’t help but read Firekeeper’s Daughter and be blown away by the traditions, perspectives, and beliefs I’d never encountered before.

That’s not to say that everything in Firekeeper’s Daughter is beautiful and breathtaking all the time. On the contrary, as I mentioned previously, this book is very much all about honesty and balance. And so it never shies away from highlighting the not-so-wonderful aspects of life in or near a Native American community, namely drug issues, failures of the justice system, and the rampant abuse and lack of concern for women.

Honestly, the violence toward Native American women is hands-down the most heartbreaking aspect of this book for me. From murder to rape/sexual assault to a lack of compassion toward victims of any kind of violence, the women in this story (Daunis very much included) have a lot to deal with. Furthermore, very rarely do they see justice served on their behalf. But because of the lack of support from others (including the law), they all lean on and take care of each other, which is a different kind of awesome.

I was actually really surprised at first by some of the situations that come up in Firekeeper’s Daughter, but quickly came to understand that those living in tribal communities are forced to mature faster than other communities because of the atrocities they have faced and continue to face on a daily basis. As the novel itself points out on multiple occasions, the trauma is generational and hereditary, as well as cyclical. Though it’s not a dominant plot point here by any means, it’s a thread that runs throughout the novel and adds a lot of depth and weight to every situation and interaction.

You’d think that with allllll of the above going on within the space of a single novel, the central plot would be slow and meandering, but you couldn’t be more wrong. With the main mystery involving a dangerous drug smuggling operation and deaths occurring left and right, the novel moves at a pretty good pace. It’s just slow enough to explore the area’s intertwining cultures but quick enough to make you want to keep turning the page.

Plus, there’s a slow burn/”Will they? Won’t they?” romance that starts building from the very beginning of the book and is just fascinating to track. As a sucker for romance, I couldn’t help but be immediately drawn into the main relationship. This book could’ve worked just as well without it, plot-wise, but their interactions with each other add so much to the novel’s heart.

I could talk about this book forever, but I’ll just leave you with this: I love this book so much that it has secured itself a place on my list of favorite novels of all time. And I’m not the only one who’s taken with this novel; Firekeeper’s Daughter was recently optioned by the Obamas’ Higher Ground production company for a Netflix original series! Believe me when I say that I will be binging that as soon as its released. I can’t WAIT.

A gorgeous insight into Anishinaabe culture and a page-turning YA thriller with a healthy dose of romance thrown in, Firekeeper’s Daughter hits all of the right notes and will be a story you won’t be able to stop yourself from coming back to time and again. I can’t recommend it enough.

Firekeeper’s Daughter by Angeline Boulley is now available from Amazon, Barnes & Noble, The Book Depository, or your local bookstore. Also, don’t forget to add it to your Goodreads “to read” list! 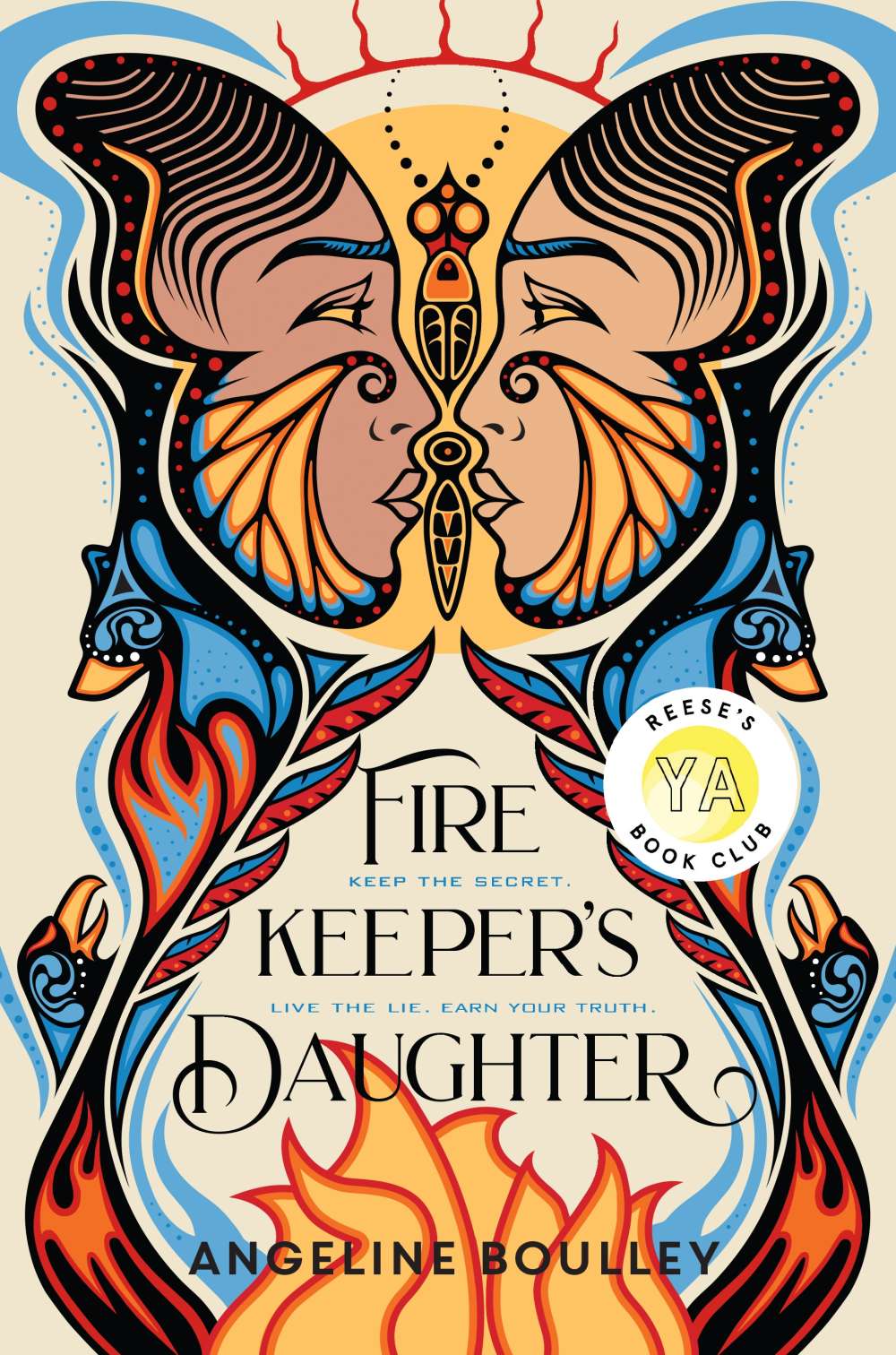