It’s International Women’s Day, and we’re celebrating our favorite female superheroes who inspire us to be better, get stronger, and go farther.

The cinematic and television landscape has long been a bit of a boys’ club. While we’ve had nearly every flavor and type of male superhero — from sunny to snarky to sullen, from sweet to salty — historically, we’ve had a dearth in female superheroes.

Luckily, things are changing — slowly (far too slowly), but surely.

Every year has given us more female superheroes on both film and television, and we’re slowly being given the variety and depth of character and storyline that we have long deserved.

Here are some of our favorite female superheroes that we’re celebrating this year! 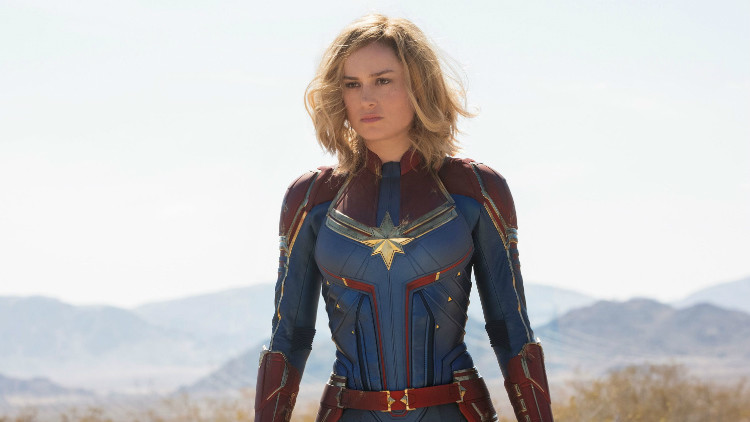 Described as being one of Earth’s mightiest Avengers, it’s not Carol’s power that makes her a true superhero, but her heart. Instead of listening to the voices that told her she couldn’t succeed, she pushed harder. Higher, further, faster isn’t just a catchphrase, it’s a personal philosophy. Captain Marvel is the embodiment of no quit. No matter how many times she’s knocked down, she gets back up. All of us can use a hero that reminds us we can succeed. That we can work hard and be tough and still care for the ones we love and stick up for the little guy. In this day and age, it’s easy to get worn out or feel like we can’t do it. But Carol Danvers is a reminder that it’s not about falling down. It’s about getting back up. Every time. — Shana O’Neil 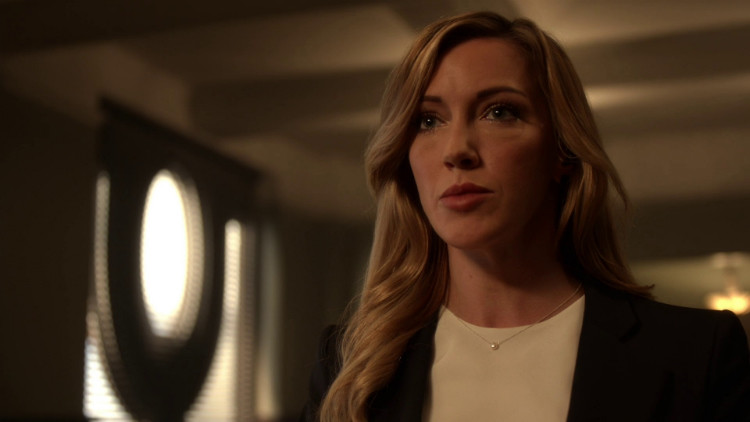 Arrow might have, unfortunately, killed off Earth-1 Laurel Lance, though not before she had a chance to prove herself as a hero and show what she was capable of. Katie Cassidy gave this role everything she had for the four seasons she was able to play the Black Canary/Laurel Lance. While others were suddenly granted magical vigilante abilities on Arrow, Laurel had to work her way up the ranks and deal with everyone on Team Arrow criticizing her for being a work-in-progress, especially when she started. What’s inspiring about Laurel is her fall to rock bottom with her depression and addiction, from which she rose from the ashes and found a new (old) purpose in life: Keeping Star City and its citizens safe. For a character who was constantly shit on by the other “heroes,” particularly Oliver Queen, she never let this stop her from what she ultimately knew was the path she was destined to take. Though we were not fortunate enough to see Laurel continue her journey as the Black Canary, it didn’t matter. When Oliver disappeared and Team Arrow was ready to give up, Laurel saw that Star City still needed help and she was the first one to suit up and do what she needed to do to protect it. Knowing the risk, ultimately making the biggest sacrifice in order to save the city, Laurel made a mark in the Arrow-verse and proved herself to be the most selfless and inspired vigilante/hero. I’ll always be upset that we were never able to truly finish her story. — Jay Ruymann 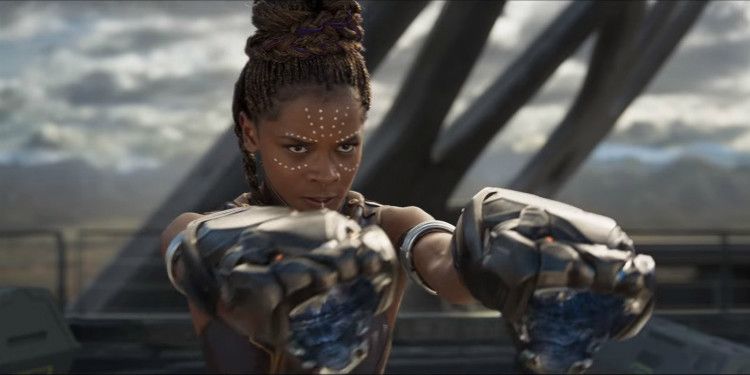 I absolutely loved Black Panther and all that it gave to us, but I also honestly could have watched an entire movie just about Shuri clowning on her brother, calling white people colonizers and inventing really kickass technology. As the smartest person in the entire MCU universe and the person responsible for both T’Challa’s best gear and spiciest burns, there’s no way we could have this list without including her. Whether she was kicking ass in combat, inventing tech and weapons that would make Tony Stark jealous, or openly mocking the crown king of Wakanda, Letitia Wright’s Shuri showed us that a hero can have heart, brains and a wicked sense of humor all rolled into one. It’s hard to imagine either Black Panther or the MCU without her, and I’d fully be on board with her eventually taking on the mantle of either Iron Man or Black Panther. Or both, because you know someone as badass and amazing as Shuri could absolutely do it. 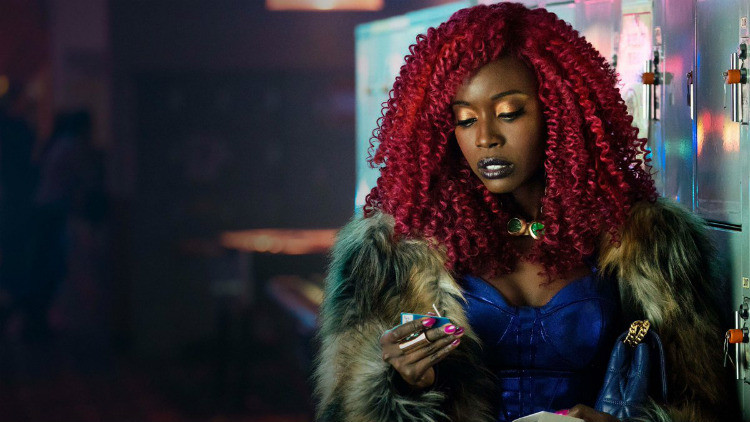 There’s a lot to like about DC Universe’s Titans — the found family storylines, Brenton Thwaites as Dick Grayson, the numerous DC easter eggs. But there’s one main thing to absolutely love: Kory Anders. Even before the show ever premiered, I was determined to like Kory because the unreasonable and racist hate against her made me feel protective over the character. What I didn’t realize was how quickly I’d absolutely fall in love with her from the very moment she appeared on the show, and how by the end of it, I’d pretty much be willing to dedicate my entire life and soul to her. Anna Diop’s Kory Anders absolutely lit up every single scene she was in with her no-nonsense attitude and wry smile. In Titans, she showed us that strength comes in many different forms, from burning mobsters alive, to taking down abusive racists in a diner, to helping a prickly vigilante admit his vulnerabilities, to taking care of a frightened young girl who happens to be the daughter of a demon. She’s a fighter and a leader and your greatest mom-friend all rolled into one who deserves whole seasons dedicated to her. I can’t wait to see more of her in season 2. 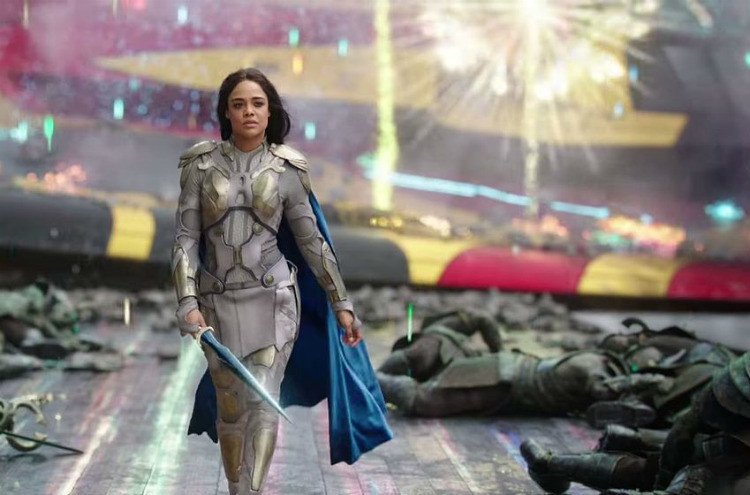 Thor: Ragnarok sure was a lot of fun. After all, who doesn’t love Chris Hemsworth’s Thor at his most charming, Tom Hiddleston’s Loki at his most exasperated, and Jeff Goldblum at his — well — most Jeff Goldblum? But even among all the charm and badassness of the film, one character stood out among the rest as the most charming, most badass, and as the character I’d most want on my side in a bar fight: Tessa Thompson’s Valkyrie. Her sarcastic rogue with the heart of gold (and the sweetest costume in the MCU) was easily the best part of an already great Thor movie. As the only surviving member of Asgard’s greatest group of warriors, Valkyrie is saddled with a tragic past and a raging case of PTSD — which she tries to cover up with sardonic humor and lots of alcohol. Initially (and hilariously) uninterested in helping Thor, she eventually relents and then almost immediately becomes an invaluable member of the team — helping them to both escape from Sakaar and being instrumental in saving the remaining Asgardians from the crumbling realm. She’s one of the best additions to the MCU roster and easily worthy of a film of her own. Make it happen, Feige! 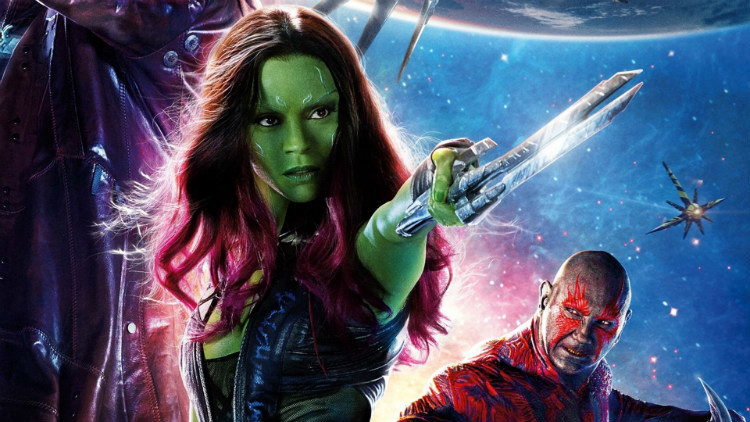 It’s almost too bad that we meet Gamora when we do in Guardians of the Galaxy. By then, she’s already decided to betray Thanos and do everything in her power to stop him from wiping out half the universe. Through flashbacks across several films, we see how he killed her people, took her in, trained her to be an assassin, and eventually drove her away with his sociopathic delusions. Gamora’s physical prowess is easy to see — she’s an incredible fighter who’s willing to give up her own life to do the right thing — but her real strength comes from within. To overcome years of brainwashing, to rebel against the closest thing to a father that she had, was not easy. I imagine her instinct to survive is the loudest voice in her head at any given time, but she always manages to stay calm and make the best decision for the collective universe, even when that choice means she could lose everything she holds dear. She truly is a guardian of the galaxy. — Karen Rought 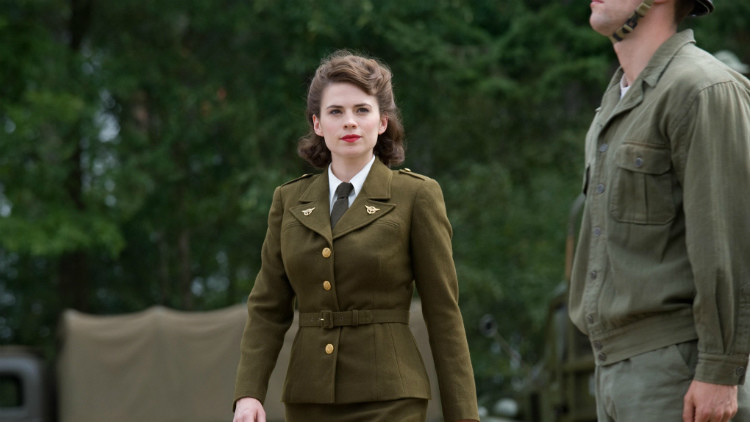 Not to sound cliché (or like I’m comparing badass women here), but Peggy Carter is unlike any other female superhero on this list in that she’s special by not being special. She doesn’t have special powers or above-average intellect. She’s the product of hard work, determination, self-confidence, and badassery. She’s so much more than “Captain America’s girlfriend” (which is the phrase I often find myself having to use to describe her to the uneducated, and it kills me every time). While almost everyone around her has a million reasons why she can’t or shouldn’t, she knows her value and proves them wrong. She’s by no means perfect, but that’s what makes her an inspiration to women and girls everywhere. For a character who had a “small” role in a main Avenger’s origin story, she has since built up such a fervent and passionate following that is still going strong even after men in high-ranking positions have tried to cancel and even (literally) bury her. No matter what happens with her character moving forward, the women whose lives she has changed (including my own) will be forever grateful. No matter what, we’ll always do as Peggy says. — Danielle Zimmerman 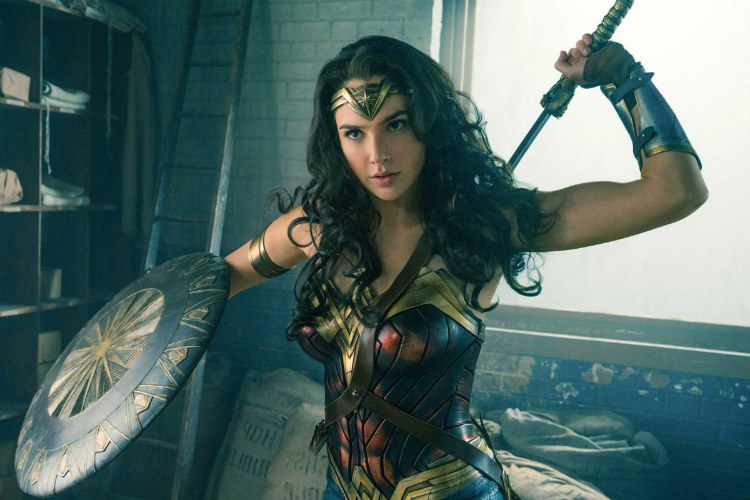 There’s so much I could say about Wonder Woman. I could analyze how powerful she is — easily one of the most powerful and capable fighters in DC comics. I could talk about what a great leader she is among superheroes, or what an inspiration she is among everyday people. But the greatest thing about Wonder Woman isn’t her strength or skill or leadership — it’s her compassion. Her ability to be strong and powerful, yet to wield that power with empathy, to temper it with love and faith. For so long we were told that there was only one kind of strong female lead — emotionless automatons who often eschewed traditional feminine characteristics. With Wonder Woman, we are gifted with a superhero who doesn’t reject femininity in order to be a hero, who doesn’t dismiss emotion as being incompatible with being strong. Instead, compassion, empathy and vulnerability are treated as sources of strength and power. Rather than being a hero who hits first and asks questions later, Wonder Woman is someone whose ethos is, “don’t kill if you can wound, don’t wound if you can subdue, don’t subdue if you can pacify, and don’t raise your hand at all until you’ve first extended it.”

Who are your favorite female superheroes?