The newest episode of Falcon and the Winter Soldier begins with a commercial from the Global Repatriation Council, whose motto is, “Reset. Restore. Rebuild.” It’s a beautiful commercial full of sunshine and smiling faces, but reality is a bit darker.

We see the letters GRC written above “POLIZEI” on the side of a van. Captain America and Battlestar jump out and storm the place where Karli Morgenthau had taken refuge in the last episode. It’s a shocking difference between this scene and the last, but as Americans, are we all that surprised?

I want to say, “This is not our Captain America,” but it sounds too much like, “This is not who America is,” which we’ve heard all too often in the news lately. The truth is, this is the Captain America that the government has chosen for the position. We shouldn’t be shocked by the values he upholds.

The episode also makes a clear point, using Zemo as its mouthpiece, to remind us that even heroes have flaws. When we put people on pedestals, we tend to look the other way when they do something wrong. It’s important to keep this in mind, both with regard to the Avengers and with our own real-world politicians and heroes.

For his part, John Walker is full of angry desperation. He might believe he’s there to do what’s right, but those orders come from his superiors. He doesn’t think the way Steve did; he doesn’t search his own heart for the best solution to their problems.

In fact, he later goes on to say, “If we get the job done, do you really think they’re going to sweat us on the how?”

The how was the most important part of Steve’s job. It’s why he didn’t sign the Sokovia Accords. It’s why he spent so much time on the run from the government. They have stakes in who to help and who to leave by the side of the road, as we’ve seen with the GRC and their stockpiling of resources. 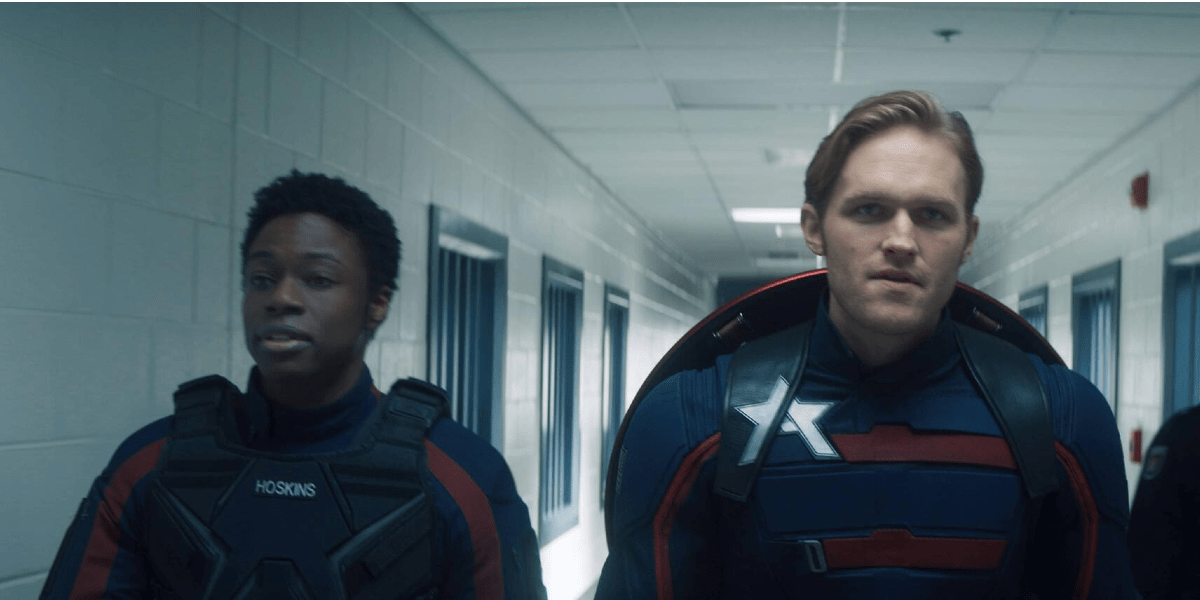 It’s hard not to empathize with Karli, even though she causes destruction wherever she goes. Falcon and the Winter Soldier episode 3 does a fantastic job of showing us her humanity, whether it’s with Mama Donya Madani, dying of Tuberculosis, or how her mission is to secure the world for the children in those refugee camps.

She is selfless, in a way. She doesn’t seek the power for herself, but so she can take care of those who come after her. As is usual with many of the villains in the MCU, however, she goes about it in a way that gets people hurt. Or worse.

The only time during the episode where you begin to question Karli’s humanity is when she blows up the car outside the GRC building, trapping the soldiers and employees inside, allowing them to burn to death. It’s a horrible way to go, but according to Karli, this violence is “the only language they know.”

Earlier in the episode, we learned Dr. Wilfred Nagel created a new super soldier serum from Isiah’s blood. It’s meant to be perfect—subtle and optimized—which explains why Karli and her soldiers did not have the same reactions as Red Skull, Steve Rogers, and Bucky Barnes, though I have to wonder if it’s not as flawless as he had believed.

Would Karli have killed those people if the serum hadn’t been flowing through her veins? Her friend looks shocked by what she’s done, but she doesn’t exactly have the same zeal for world domination that Red Skull did. Maybe her newfound powers didn’t drive her to make that choice, but rather gave her the ability to carry it out.

Either way, we’re halfway through Falcon and the Winter Soldier, and it’s clear we’re coming up on a tipping point.

Bucky broke Zemo out of prison without Sam knowing what he had done, but desperate times call for desperate measures, and they needed to know who was creating the new serum. Zemo took care of that issue when he blew a hole through Dr. Nagen’s head. He may be a villain, but he never wanted super soldiers roaming the earth in the first place.

It’s strange how likable Zemo can be (or maybe that’s just the Daniel Brühl effect). He is a calm, intelligent, logical human being who, you could argue, sees the bigger picture. He was willing to sacrifice a few people to ensure a larger threat did not rise, and while that approach is unacceptable to the Avengers (and, I would hope, most people), he does not want to see the world burn like many of the adversaries who came before him. 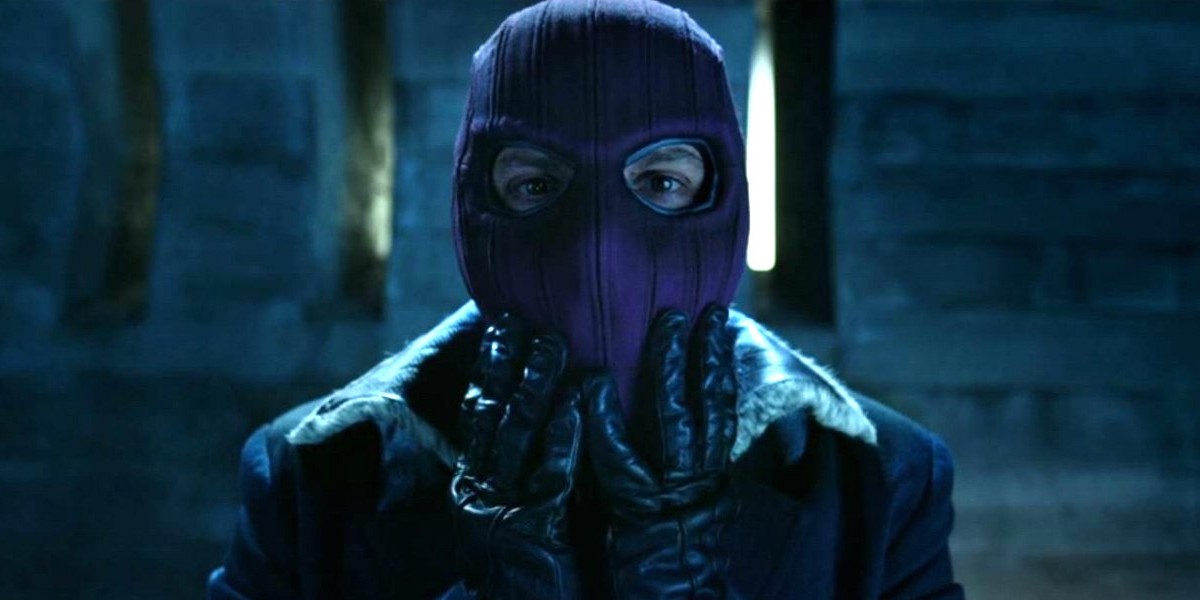 Yet we should be careful not to get too comfortable with Zemo. He may be willing to help Sam and Bucky, even going so far as to return with a getaway car after a chance to escape (“You’re not going to move your seat up, are you?” “No.”), but he’s still sewing seeds of discord like he did back in Captain America: Civil War.

He makes a side comment to Sam about how easy it was for Bucky to fall back into the Winter Soldier character in Madripoor, and while Sam doesn’t do much more than file this information away, you can see him watching Bucky throughout the episode, anticipating his shifting mood and mentality.

While I understand Sam’s need to ensure Bucky is staying on the right track, I’m not too worried about him going rogue. He keeps a list of names of the people he’s wronged for a reason; his past is never far from his mind. It may always be a struggle for him to keep the Winter Soldier in check in some form or fashion, but it’s clear he’s got a better handle on it than he ever has.

Shockingly, the rogue agent here may be Sharon Carter. The show has reminded us on more than one occasion that after helping steal Cap’s shield and Falcon’s wings, she went on the run like the rest of them. Only, she didn’t get a pardon.

Sharon is understandably bitter, though she’s made a good life for herself in Madripoor, under the ever-watchful eye of the Power Broker. This person’s identity remains hidden, but it’s only a matter of time before our heroes find out who he—or she—is.

Sam makes a deal with Sharon that if she helps them find Dr. Nagel, he’ll get her pardoned so she can come home. Sharon agrees, but something tells me she’s got a backup plan. What exactly is she doing in Madripoor, how is she making money, and why is she willing to risk pissing off the Power Broker?

There are a lot of theories floating around at the moment, but we don’t have enough evidence to figure out exactly what she’s up to. By the end of the episode, it’s clear she’s in some hot water, but we have no idea what the exact situation in Madripoor looks like for her.

Regardless, she can—and always has—been able to handle her own. I’m glad Falcon and the Winter Soldier episode 3 gave us an extended fight scene with Sharon kicking ass left and right. I’d love to see her come into the fold and have a bigger spotlight in the MCU. She deserves it after everything she’s been through. 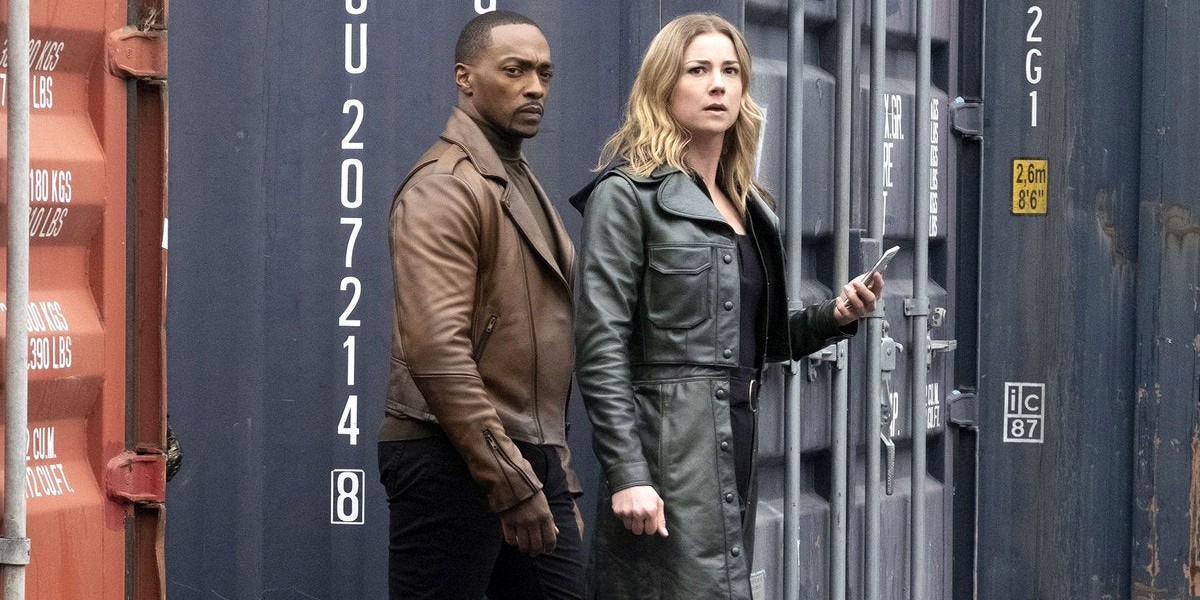 At the end of the day, the Power Broker lost Dr. Nagen and the lab, which means our mysterious villain will need to track down Karli and her soldiers to get more serum. She better be on the lookout.

Now everyone is looking for her, including Sam, Bucky, and Zemo, who track down Mama Donya’s last known location in Latvia. Zemo talks of the destruction in Sokovia, the fact that it was destroyed and gobbled up by its neighbors, and chastises Sam and Bucky for not even visiting the memorial.

If Marvel has done nothing else, it’s building complex characters with complex motivation. Zemo is, by all accounts, a mass murderer, and yet he has a point here. He cares about people, despite his track record.

Sam is an Avenger, and he’s devoted his life to doing the right thing, fighting for people around the globe. And yet he’s never visited the Sokovian memorial? He forgot about Sharon until he happened to come face to face with her? He’d rather destroy the shield than turn it into a beacon of hope once more?

A lot has happened over the last several years, and I’m not hear to lay blame at anyone’s feet. That said, I like that Falcon and the Winter Soldier isn’t afraid of reminding us that heroes aren’t perfect and villains aren’t one-dimensional.

It’s a reality of life, and it makes for damn good television.

A new element has been added by the end of the episode. Bucky hangs back while Zemo and Sam track down their next lead. He picks up several tracking beacons until they lead him back to Ayo, one of the Dora Milaje. She’s been sent to bring Zemo to justice for his crimes against Wakanda.

I can’t wait to see what Falcon and the Winter Soldier episode 4 brings us. Bucky spent several years recovering in Wakanda. He is the White Wolf. He and Ayo probably have history, if not a friendship, and I’m looking forward to seeing how the former Winter Soldier navigates his loyalty to the Wakandans and his desire to use Zemo to track down Karli and the super soldiers. 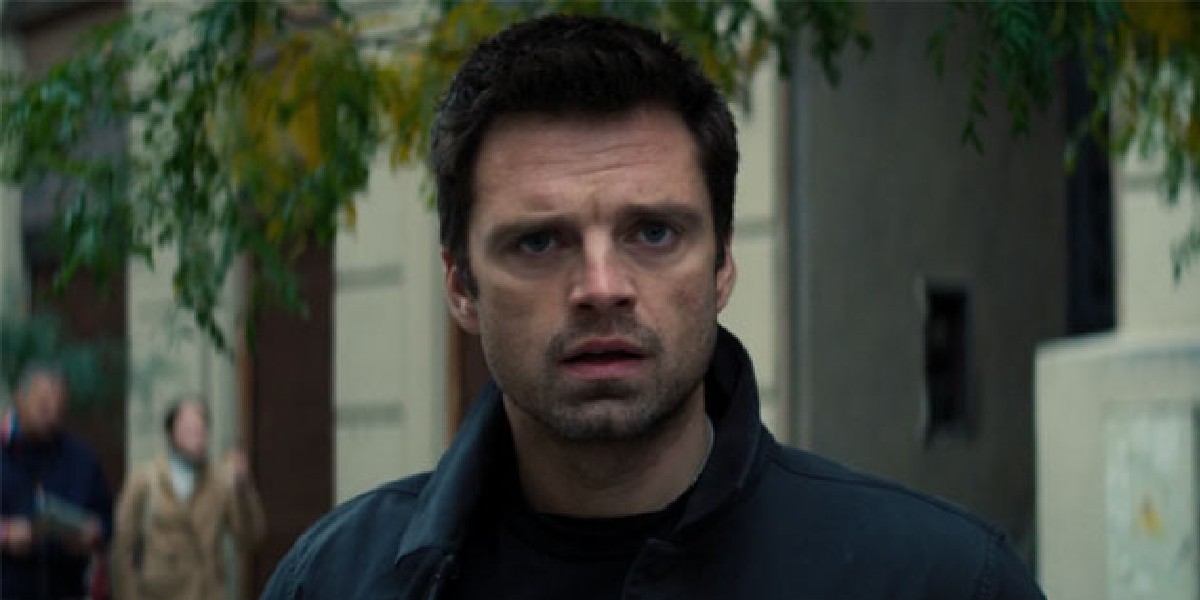 What did you think of ‘Falcon and the Winter Soldier’ episode 3?

A sequel series to the beloved sitcom, How I Met Your Mother, is on the way at Hulu— and Hilary Duff is already on board to star.

‘Shadow and Bone’ review: Netflix wins with its latest YA fantasy adaptation

This Shadow and Bone review is a spoiler-free discussion of the Netflix adaptation of Leigh Bardugo’s Grishaverse novels.