We use cookies to ensure that we give you the best experience on Hypable. If you continue to visit us, we will assume that you are happy with it.
12:00 pm EST, December 29, 2020

Since Dylan O’Brien has wrapped up the final movie in the Maze Runner franchise, Death Cure, fans are wondering what Dylan O’Brien movies or TV shows he’ll take on next.

It wasn’t until 2014, however, when Dylan O’Brien was cast in Maze Runner, that everyone started to notice him on a larger scale. Young Adult book-to-film adaptations are still a strong vehicle for Hollywood starlets, and this was just the franchise that Dylan O’Brien needed to begin his climb toward stardom.

But American Assassin hit theaters in 2017, Death Cure and Bumblebee both came out in 2018. Until recently, the actor’s IMDb page was void of any upcoming projects.

So what Dylan O’Brien movies or TV shows are in the pipeline?

It’s always been difficult to know exactly what projects O’Brien is looking into next, as he’s famously quiet on social media. He came out of a nearly month-long hiatus to call out Logan Paul’s behavior and has recently been more vocal about the current social and political climate. He also doesn’t attend as many conventions or press junkets as his co-stars.

The actor has been attached to two other projects which have yet to begin production. The first, announced in 2013, was a film called Glimmer, which would follow a group of teens who discovered a portal to the past.

The second, announced in 2015, was called Little White Corvette, about a brother and sister trying to sell a substantial amount of cocaine they found in the trunk of their deceased father’s sports car.

Both of these movies are still in development and there isn’t much known about them, though it appears as though Dylan O’Brien is no longer attached to either project. Whether or not that will change again is entirely up to both the actor and the studios, and we’ll just have to wait to find out.

It’s possible there will be another American Assassin film. The production budget was $33 million dollars and it made that back and then some on the domestic front. Worldwide, it took in $66 million. Critics haven’t been too favorable toward it, but those who are invested in O’Brien will want to see the franchise live on.

When American Assassin was first announced, the idea was to create the next Jason Bourne franchise. It’s unclear if that’s still the aim, though with a fresh script it’s likely new life could be breathed into the next movie.

Though it doesn’t currently have any sort of release date other than 2019, another upcoming Dylan O’Brien movie is The Bayou, in which he’ll play Ceto opposite Joey King and Gary Oldman. He’ll need to choose between siding with his mentor, who works for a crime syndicate, and a young girl they have enslaved. This project sounds a little closer to what Dylan has done in the past, but also seems like it’ll give him a chance to show off a slightly darker side. This is in pre-production.

The last project in the pipeline is called Marceau. Dylan O’Brien will star as Marcel Marceau, and the film will tell the true story of his involvement in the French Resistance. This is obviously a period piece, which will be quite interesting to see Dylan take on. I hope he’s got a good handle on his French accent! This is also in pre-production.

Dylan is also set to take part in at least the first episode of Weird City, a web series for YouTube Premium. The anthology, which centers on “a look at the life and people living in a futuristic town called Weird,” has a lot of big names attached.

Love and Monsters was released digitally on October 16 2020 and brought Dylan O’Brien back to his roots with comedy! In the movie, the actor portrays Joel who decides to take on the dangerous journey in a monster apocalypse to find his high school sweetheart — Aimee (played byJessica Henwick).

Check out our full review on Love and Monsters for more information on this can’t miss flick! 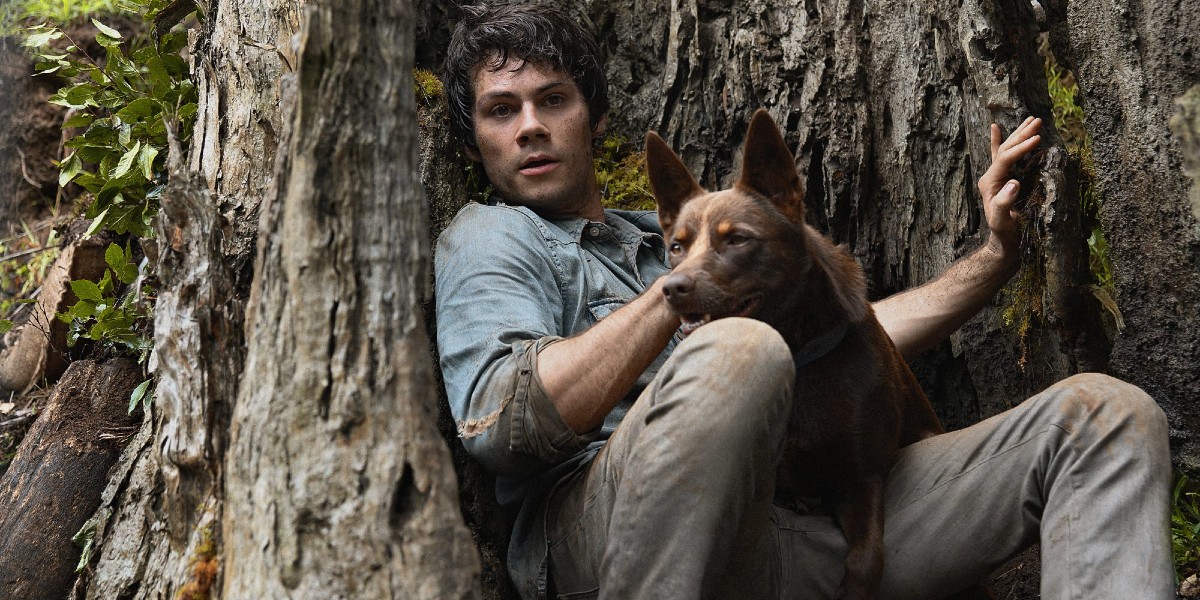 ‘The Education of Fredrick Fitzell’

Looking forward, there are currently four upcoming projects featured on his IMDb page.

The first is The Education of Fredrick Fitzell. Dylan O’Brien will portray Fred, a completely average 30-year-old who’s on the verge of an existential crisis. A chance encounter with someone from his childhood propels him into the past, where he tries to solve the mysterious case of a missing girl, a drug called Mercury, and a monstrous creature that has found him in the present.

It sounds like this film will be a bit trippy, as the past and present start to parallel each other in interesting ways. The movie will also star Maika Monroe (Independence Day: Resurgence, The Fifth Wave) and is being written and directed by Christopher MacBride. At the very least, it’ll be quite a departure from what O’Brien has done in the past.

Not much is known about Infinite yet — though the description for the movie reads “A man discovers that his hallucinations are actually visions from past lives.” Mark Wahlberg stars in the film as Evan Michaels, and O’Brien plays alongside him as Heinrich Treadway.

It was announced in August of 2019 that Dylan would be starring in the film opposite of Wahlber – though not much else was revealed at the time. The film was originally scheduled to be released on August 7, 2020 but was delayed because of the COVID-19 pandemic.

The final project that O’Brien is attached to at the moment doesn’t even have a title at the moment. All that’s been revealed so far is that it is based on the book The Greatest Beer Run Ever by Joanna Molloy and John “Chickie” Donohue.

Based on the book “The Greatest Beer Run Ever” by Joanna Molloy and John “Chickie” Donohue. Dylan O’Brien’s list of completed projects is quite short at the moment, with the actor doing one feature film per year. It’ll be interesting to see if that changes.

Following his on-set accident during the Death Cure filming, Dylan O’Brien has said picking up American Assassin helped him get back on his feet. We can only hope that leads to even more upcoming movies.

On a personal level, I hope Dylan chooses to pick up a comedy here and there. He’s proven through the Maze Runner Franchise and American Assassin that he is a quickly rising action star, but he stole people’s hearts as the weird and hilarious Stiles Stilinski on Teen Wolf.

What kinds of movies would you love to see Dylan O’Brien tackle next?

by Nasim Mansuri
by Ben Empey

Zack Snyder’s Justice League was the stuff of legend before it even actually existed.

Marvel trivia questions to test even the smartest Avenger

Acing these Marvel trivia questions won’t stop Thanos from killing half the world, but it will make your friends think you’re really cool and smart. (Updated March 2021 with many new trivia questions!)

A ‘Game of Thrones’ stage play is officially in the works

Game of Thrones is heading to the stage!

Ariana Grande to serve as coach on ‘The Voice’ season 21

Ariana Grande is heading to NBC’s The Voice for season 21!

June is out for justice in the newest trailer for The Handmaid’s Tale season 4— check it out below!

There’s kind of a lot going on with Legacies right now, but I think I’m most frustrated with the attitude Josie Saltzman has with her powers.

Netflix has just released a brand new trailer for Shadow and Bone and it’s bound to get you even more excited for the series to premiere!