If the Pokémon Diamond and Pearl remake takes the best elements of the Omega and Gen II remakes, it could be the best Pokémon game ever.

The Pokémon series is well overdue for a Generation IV remake in the current Generation VIII engine. With fans clamoring for Diamond and Pearl remake games, it’s only a matter of time before Game Freak announces that they will be delving back into the world of Sinnoh.

Starting with Pokémon FireRed and LeafGreen‘s 2004 release for the GameBoy Advance, The Pokémon Company has continued to periodically release new versions of series classics for current generation consoles and game engines. 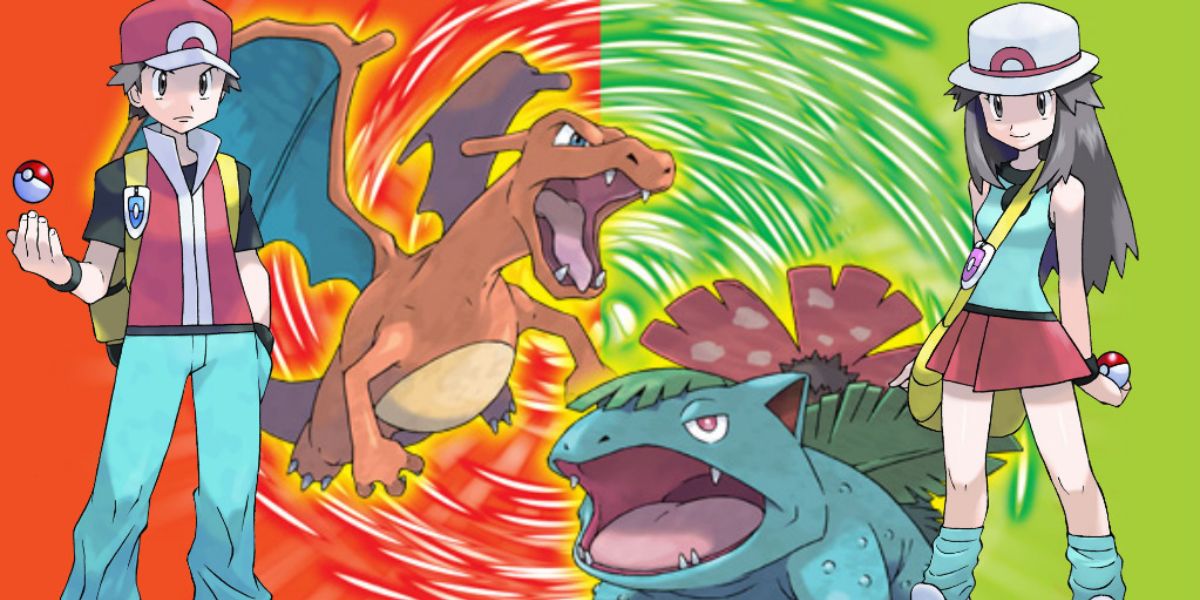 The last Pokémon remake to release was 2014’s Gen III Pokémon Omega Ruby and Alpha Sapphire. They were some of the best games of the series, but as five years have passed since their release, fans have been left wondering when the Pokémon Diamond and Pearl remake release date will hit.

From overworld features to quality of life improvements, these are the features that the Pokémon Diamond and Pearl remake games need to include.

One of the strangest battle elements removed from Pokémon Sword and Shield was that of in-battle stat change displays. With abilities such as Intimidate, or moves like Screech and Swagger, it can be a bit difficult to keep track of which stats have been lowered, raised, or which haven’t been affected at all.

While not necessary for battling, even pro players find that they can use a little bit of help from that battle system. If knowing how many Sword Dances an opponent has used makes the difference of sending out a bulky Pokémon versus a glass cannon, not being able to remember the exact stat increases and decreases can be a game-ender.

In Pokémon HeartGold and SoulSilver, players were able to access the original soundtrack for each individual town, building, and route as it was in Pokémon Gold and Silver. Developer Game Freak seems to like to add in special elements in certain games, such as a retro soundtrack option, and then keep them exclusive to that given remaster set.

It’s time for the Pokémon development team to break that pattern. With beautiful songs like the Snowpoint City theme and Sunyshore City, it would be a shame if players experiencing Diamond and Pearl for the first time weren’t able to hear the masterpiece orchestrations of the game’s retro OST. Bonus: This feature is available right from the options menu at the start of the game.

A major improvement in Pokémon Sword and Shield was the shortened or skippable tutorials. It can be such a drag to be taught how to catch a Pokémon as if it’s our first time, let alone hear what a Pokédex can do. It’s repetitive, and only needed by players who are picking up their very first Pokémon game.

Game Freak could further help us skip through tutorials by giving us an autoskip setting in the options menu. Of course, there should be a way to access tutorials that have been skipped, just in case there’s an element in the Diamond and Pearl remake games that is new, and might throw off veteran players. A simple alert that a tutorial has been autoskipped, along with a reference to what that tutorial was would suffice.

As is, the original Diamond and Pearl games have one of the fastest battle engines in a Pokémon game. Unfortunately, battles in the series’ latest releases cannot stay the same. They are more interesting to look at, what with fun move and fainting animations. This immersion and slowdown may be the style for some players, but for others, turning off battle animations still isn’t as fast as we’d like for it to be.

It’s possible for the Diamond and Pearl remake games to speed things back up again, while still giving players the option to play at the now series-standard speed. This is a somewhat unconventional approach to battle speed, as skipping animations is typically all that is needed to speed up turn-based battle games. It’s not unlike the Pokémon games to break the mold, and battle speed options may just be their next step forward.

Follow Pokémon are more than a cutesy addition to the overworld. They bring in an added layer of immersion for Trainers, making the player’s lead Pokémon feel like an important part of the game’s story. Some larger Pocket Monsters look a bit funny in the overworld, but having the option to have any Pokémon in your team as your out-of-Poké-Ball partner feels special and important.

Game Freak hasn’t forgotten this feature, with it debuting back in Pokémon Yellow, appearing again in HeartGold/SoulSilver, and then again in the recent Nintendo Switch release of Pokémon: Let’s Go, Pikachu! and Eevee!. The 3D models wouldn’t take any more effort to render in the overworld, seeing as the 2D sprites of past games required three more sides of a model to be developed.

The Diamond and Pearl remake games should have enough options to make every Trainer’s Pokémon adventure feel tailored toward their specific playstyle. If even half of the above-mentioned features are included in them, then the Generation IV remakes will be some of the best games that the monster capturing series has to offer.

The Pokémon Diamond and Pearl remake release date may not be far off, seeing as there has been a five-year gap between the previous three remake titles. We could be looking at an early 2020 announcement, with a worldwide release of the Gen IV remakes later on in the year, likely for the Nintendo Switch.