We use cookies to ensure that we give you the best experience on Hypable. If you continue to visit us, we will assume that you are happy with it.
1:23 pm EST, December 28, 2020

‘Chilling Adventures of Sabrina’ part 4 review: The terrors of the final episodes

Chilling Adventures of Sabrina part 4 is strong... until it isn't.

Netflix’s Chilling Adventures of Sabrina part 4 officially drops on December 31, and the final eight episodes are full of Sabrina Spellman and Greendale’s other residents taking on the many Eldritch Terrors that threaten all of humanity.

After a much too short time on Netflix, Chilling Adventures of Sabrina part 4 marks the end of this version of the teenage witch’s story. It’s unlikely we’ll ever see these versions of the characters again, which you’ll understand when you watch the final episodes, and it’s incredibly disappointing.

Partially because Kiernan Shipka is just simply fantastic as Sabrina Spellman, but also because the writers had finally found a good balance between the show taking itself seriously and crossing the lines that Riverdale has. (You know what I mean if you watched part 3.) 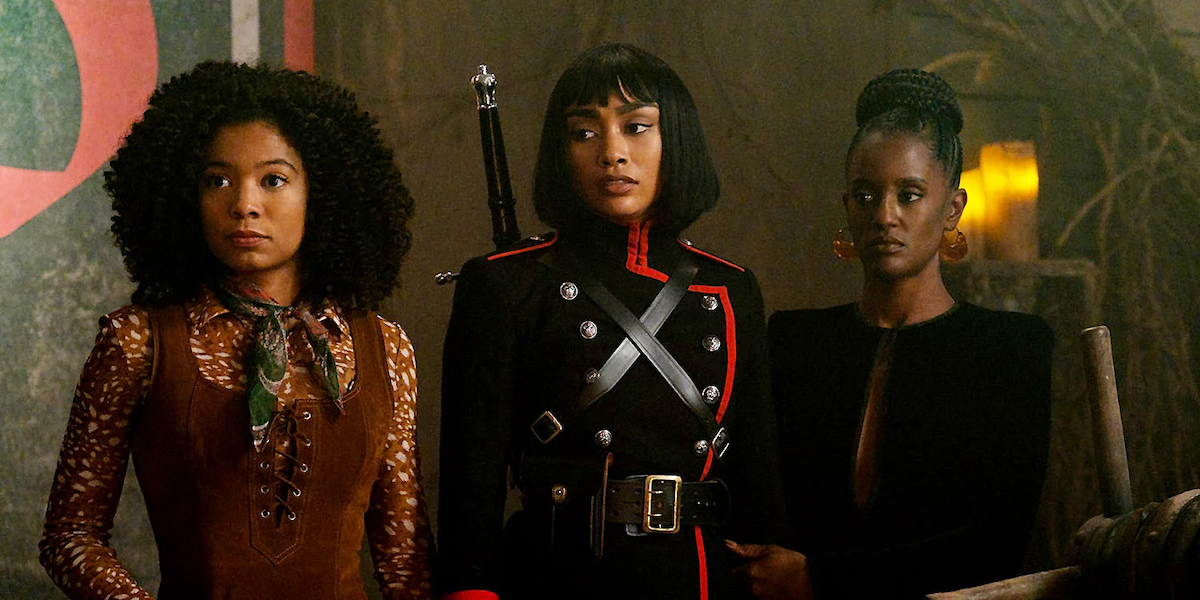 The Eldritch Terrors come to Greendale

The final villains, the Eldritch Terrors, are quite interesting and offer unique opportunities for new magic and bringing characters (back) together. It gives Sabrina a chance to show how far she’s progressed as a witch, but also allows for many of the other witches in Greendale (including one rather unexpected new addition) to prove their talents, too.

These Terrors help Chilling Adventures of Sabrina part 4 deliver some of the series’ strongest episodes, so the cancellation was even harder to deal with when seeing the potential the series still has.

During Chilling Adventures of Sabrina part 4, the writers finally started giving Roz the focus she deserves. She has a purpose and starts to fulfill that, finally utilizing her “cunning” in a more effective way. She’s finally more than just Sabrina’s best friend or Harvey’s girlfriend. That said, the final episodes still do a lot to explore her relationship with Harvey, and her friendship with Sabrina plays a major role in what she’s up to.

As for Harvey, as I said before, his relationship with Roz is explored a bit more, as his current feelings for Sabrina are shown. Other than that, his role on these episodes is Mr. Rosalind Walker and musician extraordinaire, with a very interesting and unique Battle of the Bands in one of the final episodes that calls back to Fred Andrews’ “Fred Heads” from Riverdale. (However, unfortunately, we don’t get to see the Fred Heads…) 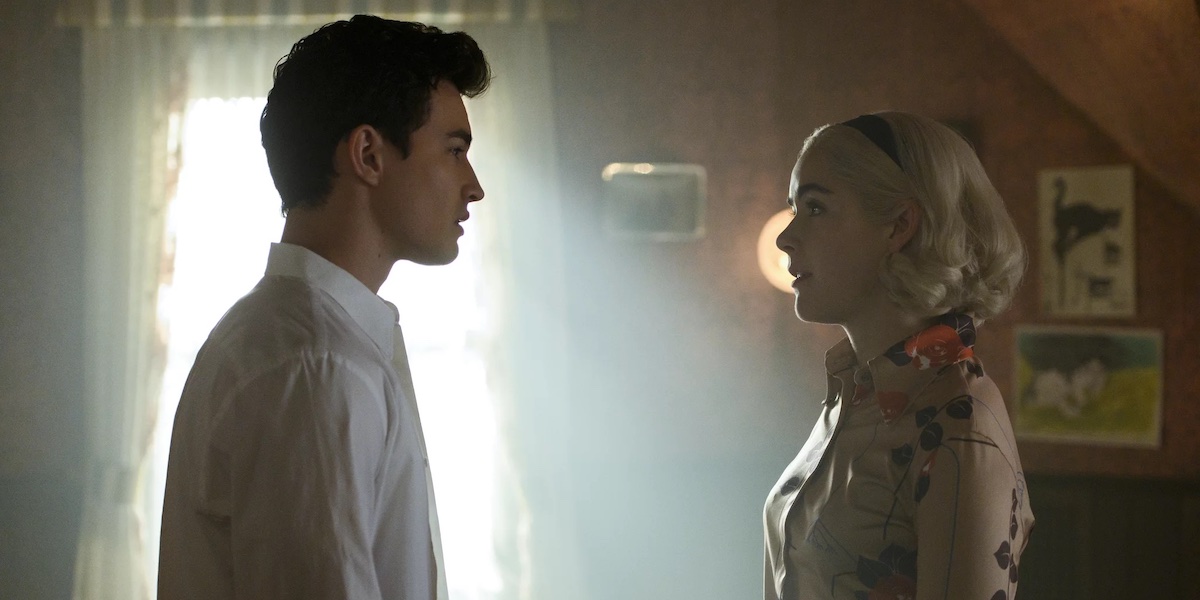 For fans of the ‘ships, Chilling Adventures of Sabrina part 4 definitely delivers on fulfilling the wishes of fans, leaving some couples together and others… not so much. That said, there are moments for fans of many of the couples, whether they were together at the end of part 3 or not.

My biggest issues with the relationships in these episodes are how one couple’s story ends in the series finale, which is vastly inappropriate for a show like this (in my opinion), and how Zelda’s new relationship unfolds. All I will say is the excitement over Zelda being with a woman is over so soon.

While we may have thought Sabrina Spellman creating a double of herself to rule hell would have been the end to that story, it was certainly not. We get a fair amount of time spent in hell on Chilling Adventures of Sabrina part 4 too, but more than that, we see a lot of interaction between the Sabrinas.

In a way, her clone is the only one our Sabrina can really rely on, and they create a very unique relationship with all of the time they’re spending together. It’s quite interesting to see Shipka play both of these characters, especially as much as she does. It’s kind of exhausting just watching it, so I can’t imagine how much work it was to film! 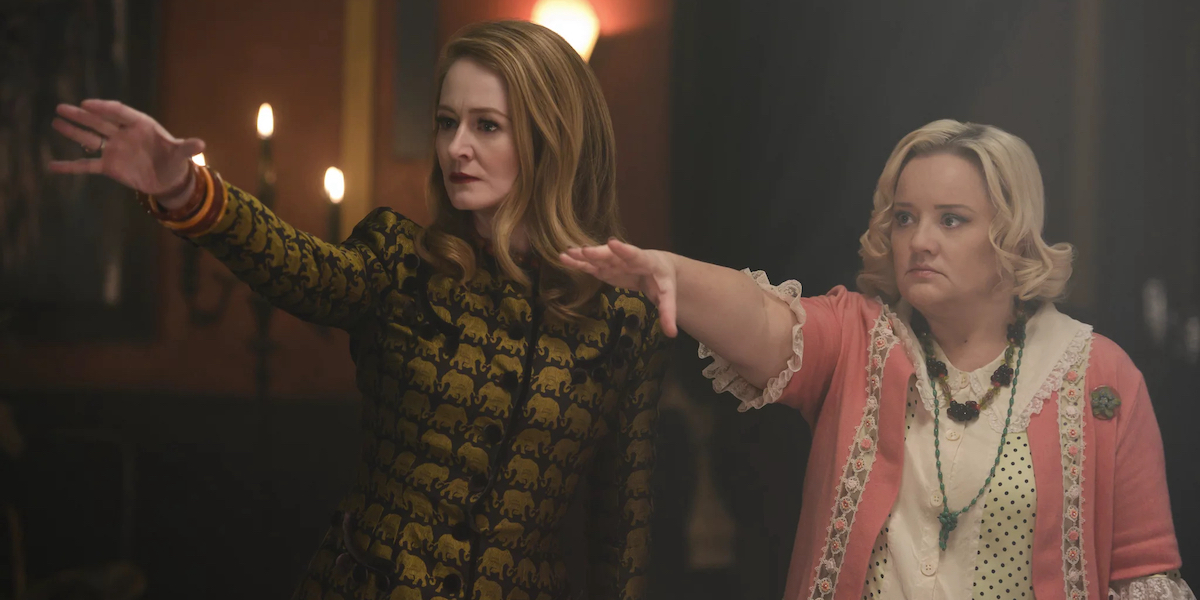 All’s well that ends well, right? Well, that doesn’t apply to Chilling Adventures of Sabrina part 4, which concludes the series in a way that, while I was working my way through the final eight episodes, made me incredibly excited and I posited that this would be the best run of the series yet. Do I think that after finishing? Not so much.

If the show hadn’t been cancelled, I would have been thoroughly impressed by the story the writers have delicately put together. But, the series finale seemed thrown together and wasn’t satisfying whatsoever, which should at least be the bare minimum for the show’s final episode. It was a complete mess, in my opinion, and potentially the least satisfying series finale I’ve ever watched (which is a tall order considering all of the shitty series finales that have aired over the last few years).

Honestly, if I could go back in time and stop myself from ever watching Chilling Adventures of Sabrina, I would. That’s how disappointing the series finale is (and yes, despite feeling thrown together, it is clearly a series finale, so I don’t see the show being revived with another streamer).

The best part of the final episodes are the aunts from Sabrina the Teenage Witch (Beth Broderick and Caroline Rhea) making an appearance, but it’s a little disappointing that it was released early by Netflix because it was such a fun, unexpected moment. I’m thankful I watched the final episodes without knowing it was coming. Made their arrival even better.

All in all, I wish Chilling Adventures of Sabrina had ended on a better note. Sabrina was finally on a path to becoming one of TV’s greatest witches, while Roz was finally becoming the character she always had the potential to be. Actually, all of the characters were in their peak, I believe, and now it’s all over.

I’m sad to see the end of these characters, but wouldn’t mind a reboot to fix the depressing series finale.

Chilling Adventures of Sabrina part 4 drops on December 31 on Netflix!