In a year where everything feels awful and joy (as well as trust) is hard to come by, Jenn Bennett’s newest novel Chasing Lucky is truly a breath of fresh air.

Josie, a high school junior, returns to her (very) small and picturesque hometown with her mother after they fled their family in the middle of the night years prior. The last person she expects to see is her old best friend, Lucky, who ghosted her after a terrible accident the night she fled. Even more unexpected are the feelings she begins to develop for him, especially considering how the women in their family are cursed when it comes to healthy relationships. But maybe getting reacquainted with Lucky is just what she needs to survive the inhospitality of their vacation town and beat the curse once and for all.

In reading just two books from her catalog so far, I don’t pretend to call myself a Jenn Bennett expert. However, one through line I’ve noticed that connects her work is the idea of secret-keeping and the ways in which little white lies and omissions can sometimes make all the difference in relationships. Previously demonstrated in Serious Moonlight, her most recent novel (which I loved), the main couple shares a desire to be bluntly truthful with one another so that they can be their genuine selves, and yet they both hold back secrets that they feel may drive the other away.

It’s a simple concept that’s present in many novels, especially romance, but it’s not often discussed to the extent that it is in Jenn Bennett’s novels. Her emphasis on communication (or taking down the invisible wall, as it’s referred to in Chasing Lucky) demonstrates how vital honesty is and yet how difficult a standard it is to maintain. And how destructive assumptions, silence, and the shutting out of others can be.

Another common Jenn Bennett motif present here is that of root- and swoon-worthy couples. I may be almost twice(!) the main couple’s age here, but I couldn’t help but fall for them. While early interactions are a bit prickly, there’s so much tenderness and chemistry between the two that it’s almost impossible to wait for the moment where they finally get together. (I personally found myself flipping ahead just a little bit to see if that moment was on the horizon for me yet.)

The town (named Beauty) as well as some of their immediate connections cause them to believe themselves to be worse people than they actually are. And so watching both Lucky and Josie work to prove each other wrong (and also forgive themselves for their mistakes) is so very gratifying. They’re everything you’d want in a couple, young or otherwise.

In addition to the romantic relationship, familial relationships are also at the heart of this novel, with Josie’s relationship with her mom being the main one. When they’re first introduced, they appear to be another Lorelai/Rory Gilmore mother/daughter duo. Josie’s mom had her unexpectedly and at a young age, and the two of them have been in an “us against the world” situation for years (thanks in large part to Josie’s grandmother). Sound familiar?

But while the majority of that is the case here in Chasing Lucky, there’s one small (but vital) piece that sets this story apart from Stars Hollow’s finest: Josie and her mom have a distanced and unhealthy relationship. They’re anything but open and honest with each other and, while there’s obviously love tying them together, trust is not a huge factor in their relationship.

Though watching Josie’s relationship with Lucky grow is the true joy of Chasing Lucky, the evolution of her ties with her mother and their shared past is the most satisfying arc of the story. Neither mother nor daughter is perfect. It’s not really a spoiler to say that both have made their mistakes, personally and when it comes to communicating with the other, but the (inevitable) turning point in their relationship makes the rest of the novel really click into place. There’s never really a question of if Josie and her mom will fix what’s between them, but rather when.

Now, I know that all of this sounds like it’d make for a heavy read, but Chasing Lucky is actually pretty light and breezy. The pacing is perfect in that it never lingers too long on any event but also doesn’t skip over important character moments and interactions. Plus, the seaside town setting means that there are many seafaring endeavors and meetups at charming eateries. These elements, along with those that really make the reader invest in the characters, make this an easy novel to read in a single sitting. (I mean, I basically did it. I was just enjoying myself too much to put it down.)

Chasing Lucky is a good reminder that we can all do better with communicating our wants, needs, and feelings in every situation and interaction, especially in today’s climate. It’s a sweet novel about first loves, betrayals, and taking leaps of trust even when there are questionable signs warning against them.

Originally slated to come out this spring, I’m so glad this novel was pushed to later this year. Jenn Bennett’s Chasing Lucky is a heartwarming read that’s the perfect companion to a mug (or two) of tea, a cozy blanket, and a sunny window seat. Once you start reading it, you won’t want to stop until you’ve seen it through to the very end.

Chasing Lucky by Jenn Bennett is now available from Amazon, Barnes & Noble, The Book Depository, or Indiebound. Also, don’t forget to add it to your Goodreads “to read” list! 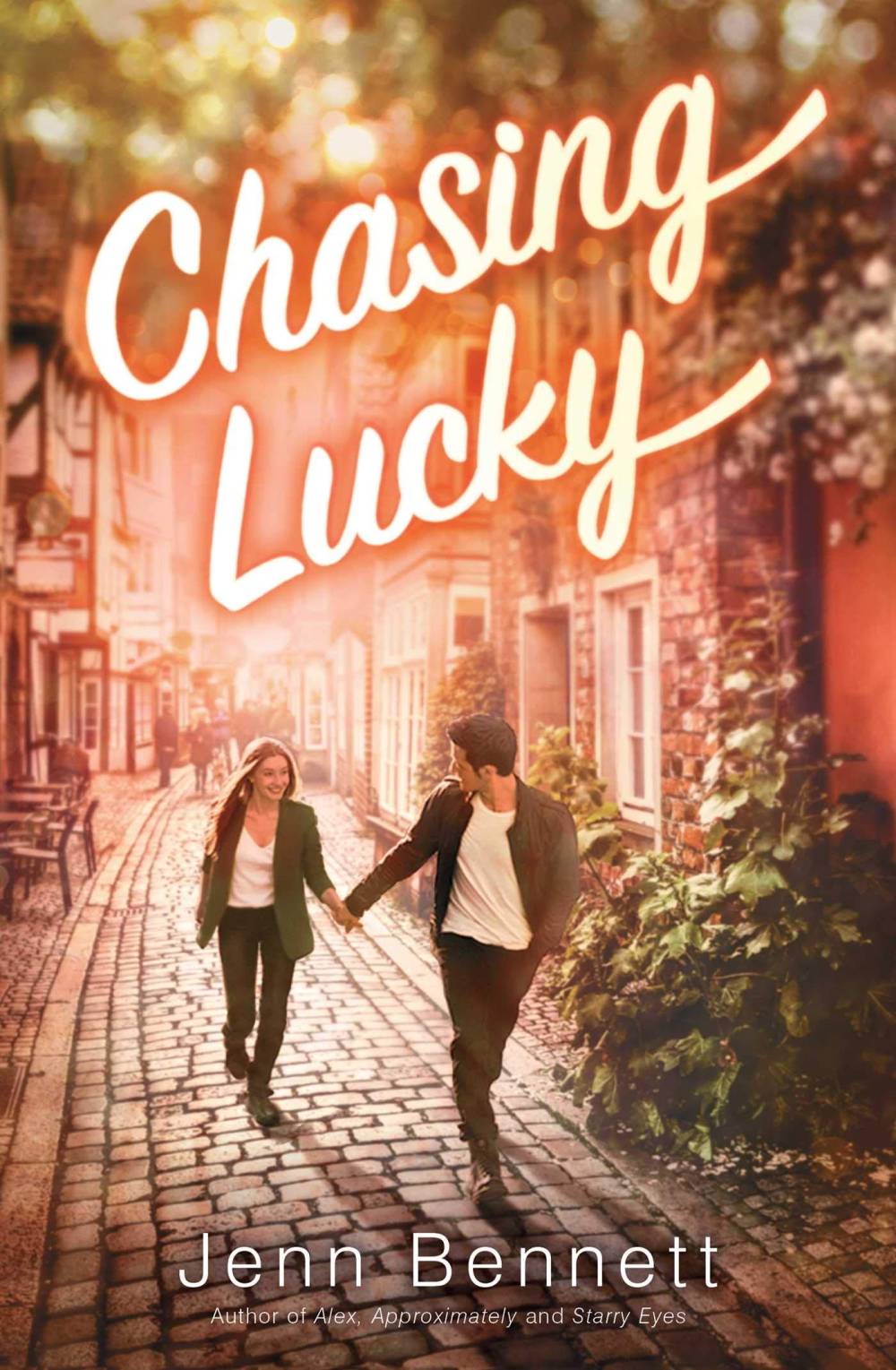 The definitive ranking of DCOMs, as chosen by you!

Growing up with 'Friends'