It’s been nearly two decades since the last we’ve seen Charlie’s Angels, and this new reimagining is a bold, brassy step in the right direction.

The first line uttered in the new Charlie’s Angels is “I think women can do anything.” And while this might signal the thought that we’re headed in the direction of forced feminism via a commercial vehicle, luckily writer/director/producer (and co-star) Elizabeth Banks instead delivers something that bares its nonchalant progressivism without any self-congratulatory fanfare.

Hard to believe already 20 years ago, the McG-directed Charlie’s Angels movies starring Drew Barrymore, Cameron Diaz and Lucy Liu in the iconic roles feel sorely dated. They’re beloved by many, however, and while I understand the sentiment, for me the movies aged terribly. Banks saw this, clearly, and decided to reboot this symbol of girl power solidarity to how she thinks it should be now in 2019. It works wonderfully, is never cloying and never pats itself on the back. As Elizabeth Banks’ character says in the movie, back then the world simply wasn’t ready for what it really means to be an Angel.

Due to the originals being so beloved, I wonder about the reception of this reboot. Unfortunately, I predict it might get treated like Paul Feig’s all-female reboot of Ghostbusters, which was widely maligned on release. But! Hopefully not. 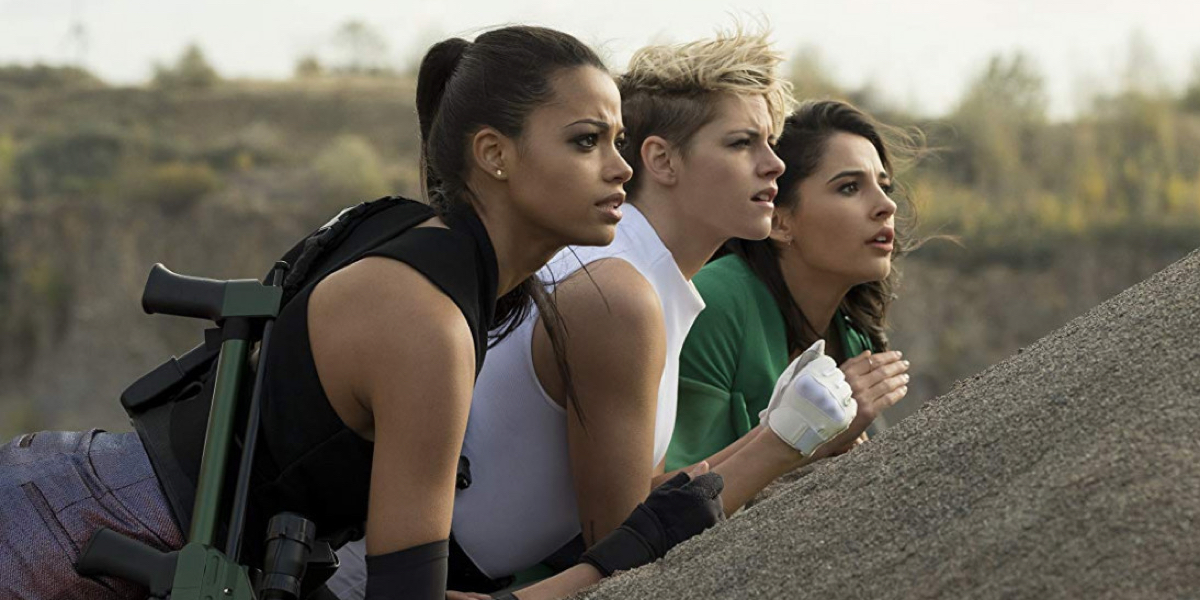 We’re first introduced to Jane (Ella Balinska) and Sabina (Kristen Stewart) on an espionage job where they easily take down a room of henchmen. Enter Bosley, played by Patrick Stewart, who congratulates the Angels on a job well done. It’s business as usual until we head back to headquarters and are shown a worldwide network of Bosleys. Turns out it’s our Bosley’s time to step down and retire, leaving a new Bosley, played by Elizabeth Banks, to step up as the first-ever Angel promoted to Bosley status.

And then there’s Elena (Naomi Scott), who works at a power company that has just revolutionized clean energy; however, Elena’s research shows that it comes at a deadly cost. Her devious boss, Fleming (Nat Faxon), won’t listen to her and instead hatches his own plan. The way Elena’s story coincides with that of the Angels is organic and delightfully unexpected. When the threat by Fleming and his company grows larger, the Angels get involved, and Elena officially gets recruited. 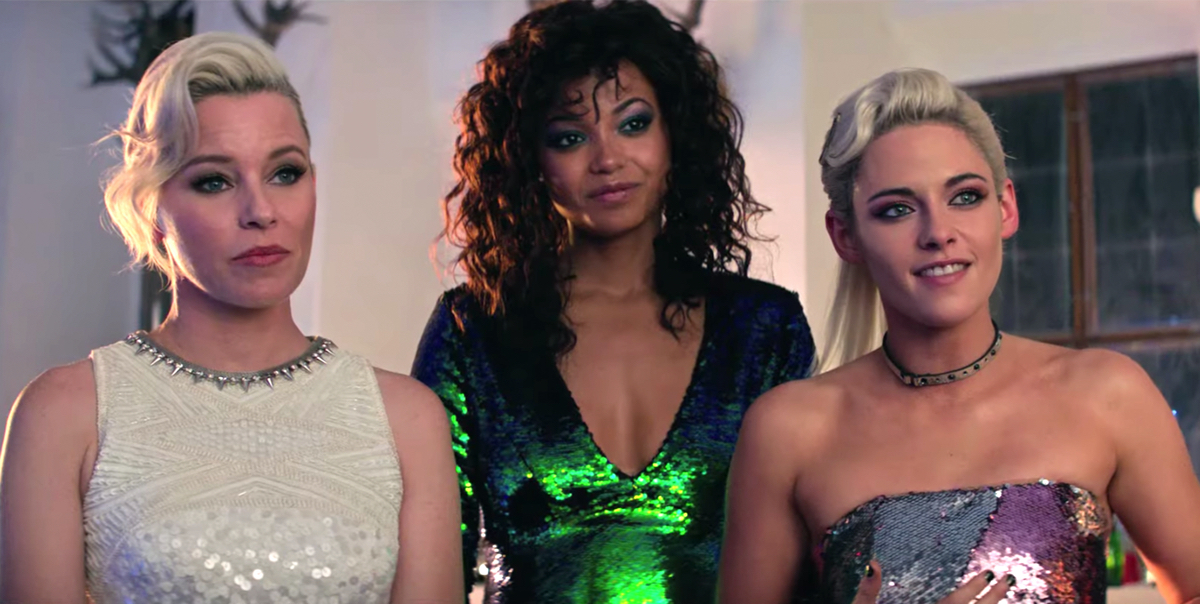 It’s fun to see Naomi Scott play the fish-out-of-water role, while Ella Balinska relishes as the sexy cool girl and Kristen Stewart has the time of her life as the lovable goofball. The three have an immediate chemistry, and it’s buoyed by additional bouts of humor through Elizabeth Banks’ Bosley tagging along for the proceedings. Stewart is by and large the highlight, delivering what I can only imagine are some wacky improvised lines. She’s having fun with it, and it’s infectious.

Across the Angels’ mission, the tangled web of double-crossing gets more complicated, and the action set pieces escalate, as do the lavish costuming and, toward the end, there’s even a choreographed dance number shimmering in glitter. It’s everything you want in a Charlie’s Angels movie — minus all the problematic stuff. The movie knows, however, to pay homage to its history with too many clever throwback moments to count.

The twists are well-executed, the script is tight and witty, and the direction is swift and keeps things moving at a clip. Without delving into spoilers, what makes Elizabeth Banks’ reimagining of Charlie’s Angels a reckoning with a culture of sorts and so thrilling is the way it flips the script on the entire premise. When the final villain is revealed — who is also maybe the first great villain of the “OK boomer” era we’ve seen — it really crystalizes that idea of breaking down the original.

The opening credit sequence to Charlie’s Angels shows us a montage of everyday girls of all ages living their lives, going to school and hanging out with friends. At first you wonder why this is, but then once the full scope of the reveal in the final act comes out in the open, unveiling that the Angels are actually an entire network of women spies worldwide, this opening moment then really coalesces in an pleasantly poignant way.

I’m really excited this new iteration of Charlie’s Angels exists, and I hope people go see it, I hope young girls go see it, and I hope it makes money so there can be a sequel, because it deserves it. And be sure to stay once the credits roll because the surprises keep going strong all the way through to the very, very end.

‘Charlie’s Angels’ is now in theaters