We use cookies to ensure that we give you the best experience on Hypable. If you continue to visit us, we will assume that you are happy with it.
1:00 pm EDT, April 2, 2019

Cersei Lannister should win the Game of Thrones

Cersei may be a terrible person, but she’s fought for that throne through thick and thin, and she deserves to keep it.

Ever since episode one of the first season, I’ve been fascinated by what a multi-faceted, terrifyingly cunning and unapologetically petty person Cersei is. Among all the characters of Game of Thrones, she’s certainly the most fascinating — if not the most likable. From her long conniving monologues behind the scenes to her bitter wine-sipping, Cersei always knows exactly what she’s up against, and she never backs down from a fight.

So let me kick off Hypable’s new “Who deserves the throne?” series attempting to convince you (and, let’s be honest, myself — I’m not that cold-hearted) that among all the contenders for the throne, Cersei is the most deserving.

After all, it was she who told us the line that started everything: “In the game of thrones, you win or you die.”

Cersei deserves to get her revenge

The best part about Cersei has always been her conversations with Tyrion. When those two sat down to insult each other over wine with what at times almost seemed like nostalgia, Game of Thrones showed us just how good its writing is. It was in these moments that we got to know Cersei as who she really is: not just Robert Baratheon’s wife, or Joffrey’s mother, but a dangerous force to be reckoned with.

Cersei, perhaps more than anyone else, knows how to weave her way through the system. Her entire life has been a fight for survival. It’s been a privileged fight, as she enjoyed more comforts than pretty much anyone else, but a fight for identity nonetheless. Neglected as a child for being a girl, she dreamed of reaching what she thought was the epitome of victory for a woman: to be a wife to the King. And yet even that became an abusive situation, as Robert Baratheon proved to be violent, uncaring, and disloyal in the most shameful of ways (although in this aspect, I can’t really say that Cersei has any right to be angry). Though outwardly powerful as Queen, Cersei lived in a prison, her intelligence wasted on a court and family that preferred her silence.

But even though the society around her sought to snuff women’s agency out, Cersei found a way to thrive. And though things didn’t quite go as she planned, she is currently in power. It’s fun to imagine what Robert Baratheon and her father Tywin would say if he could see her now. For that alone, the sight of her victorious over her enemies would feel refreshingly just.

There are many prominent mothers in Game of Thrones, but Cersei’s relationship with motherhood has always been different. Living in King’s Landing and surrounded by people she hates, her only true comfort was the presence of her children. As Tyrion hinted at in the past, and Cersei herself all but admitted, her love for her children has been her one truly positive quality.

It was that love that pushed Cersei to make ruthless choices throughout the show. And although we must admit that she was a terrible mother, and blinded by love to a fault (god, I’m so glad Joffrey is dead), there was something awe-inspiring about her profound, unyielding determination to fight for the success of her children, whatever it took — like a primal urge that pushed her to do unimaginable things.

Of course, her children were also her greatest weakness, and became collateral damage in her misguided quest for power. Now, all alone, she seems to have started to lose her mind.

But if what she revealed last season is true, and she really is pregnant… could it be that another child will emerge and bring back the cold, unflinching force that was Cersei as a mother? There’s still the prediction that Cersei will be cast down by a “younger and more beautiful queen”… which, if she is pregnant, could have an unexpected meaning. What if she were to give birth to a daughter who would take her place, years down the line? 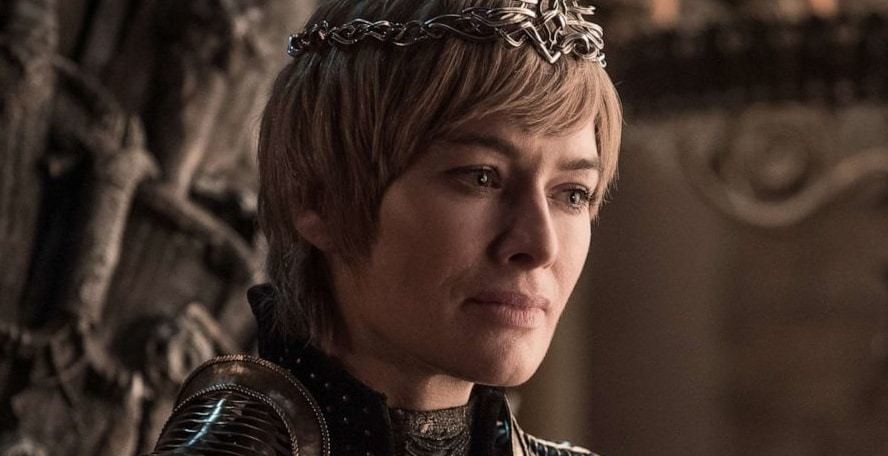 Cersei has nothing more to lose, so she’s unstoppable

Last season changed things for Cersei. She’s different now. Utterly alone, yet finally in power, she’s suddenly more free than she ever has been. There are no children to tie her down, no husband, no freaky clergies, and not even an angry brother/lover. She has no more weaknesses left. And that makes her stronger than anyone.

Cersei isn’t concerned with morals or fairness; she’s concerned with winning the game she set out to win all those years ago, when she realized that no power would come through Robert Baratheon — she would have to take it for herself. And that puts her at a clear advantage against her high-minded contenders. She is a force to be reckoned with, because she has nothing left to lose.

And okay, fine. Cersei is crazy, murderous, has a disturbing tendency towards incest, and definitely deserves to die — but she kinda deserves to win, too. She’s fought for this. And in a world as messed up as Westeros, she still wouldn’t be the worst ruler the Iron Throne has seated.

Don’t think Cersei Lannister is the best choice to rule the Iron Throne? See more below!