Keep the empowerment going long after the movie’s over with these Captain Marvel and Carol Danvers quotes.

If you’re anything like me, you left the theater after watching the movie with a sense of determination and pride, so you need some Captain Marvel and Carol Danvers quotes to keep the feels flying high. As the MCU’s first female-led movie, it was everything we could’ve hoped for.

Carol Danvers, played by Brie Larson, is a hero that anyone can look up to. She’s insanely powerful, she’s confident, and she doesn’t take “no” from anyone. The movie was full of compassion, humor, friendship, and proof that a woman can kick just as much ass as any of the guys.

To make sure you keep feeling as powerful as Carol Danvers, even after the credits finish rolling, check out some of the most empowering Captain Marvel quotes! And if you’re looking for more amazing moments from kick-ass women, be sure to check out our favorite Wonder Woman quotes.

’Captain Marvel’ quotes that are sure to empower you As a quote, it seems simple, but the statement is so much more than the sum of its words. With this declaration, Carol is saying that she isn’t going to believe the lies people have told her about herself anymore. She’s not going to accept the box they’ve put her in. She’s going to own her identity and her power. She does explicitly say some of those things at different points throughout Captain Marvel, but the “My name is Carol” statement perfectly embodies all of it.

‘Call me ‘young lady’ again and I’m gonna put my foot in a place it’s not supposed to be.’

Because Maria Rambeau deserves to be an Avenger more than any best friend character ever has before. Move over Falcon and War Machine. There’s a new girl in town. Despite facing an extra terrestrial creature that she had every reason to be terrified of, Maria Rambeau’s pride and self-worth remained strong enough to put him in his place. It doesn’t matter what planet you’re from in Maria’s house. Respect is respect!

‘If there are lives at stake, I’ll fly the plane.’

This Captain Marvel quote serves as proof that Carol Danvers was a hero long before she had any super powers. She’s always been willing to step up to the plate for a cause that she believes in, even with everything on the line. ‘You are Carol Danvers. You were the woman on that black box risking her life to do the right thing. My best friend. Who supported me as a mother and a pilot when no one else did. You were smart, and funny, and a huge pain in the ass. And you were the most powerful person I knew, way before you could shoot fire through your fists.’

This quote from Maria offers even more proof of all the ways that Carol Danvers is the hero we need. Not only will she throw herself on the fire when necessary, but she’ll also step up in all of the smaller ways that can mean even more to people who count on you. Even when there’s a lot less glory to be had.

‘I’ve been fighting with one arm tied behind my back, but what happens when I’m finally set free?’

This quote is Carol fully taking control of her power in Captain Marvel. She’d been held back by her circumstances and everyone around her, but when she shed all of that, she was able to achieve her full, amazing potential. There’s no end to what you can accomplish when you realize that so much of what’s holding you back is just in your head.

‘I have nothing to prove to you.’

This Captain Marvel quote is up there with my favorite lines in the movie. So often women feel like they have to harness their power to prove men wrong or to get some sort of vengeance, but Carol knows who she is and how much power she has. It’s not for anyone else, and she doesn’t have to prove it to anyone. 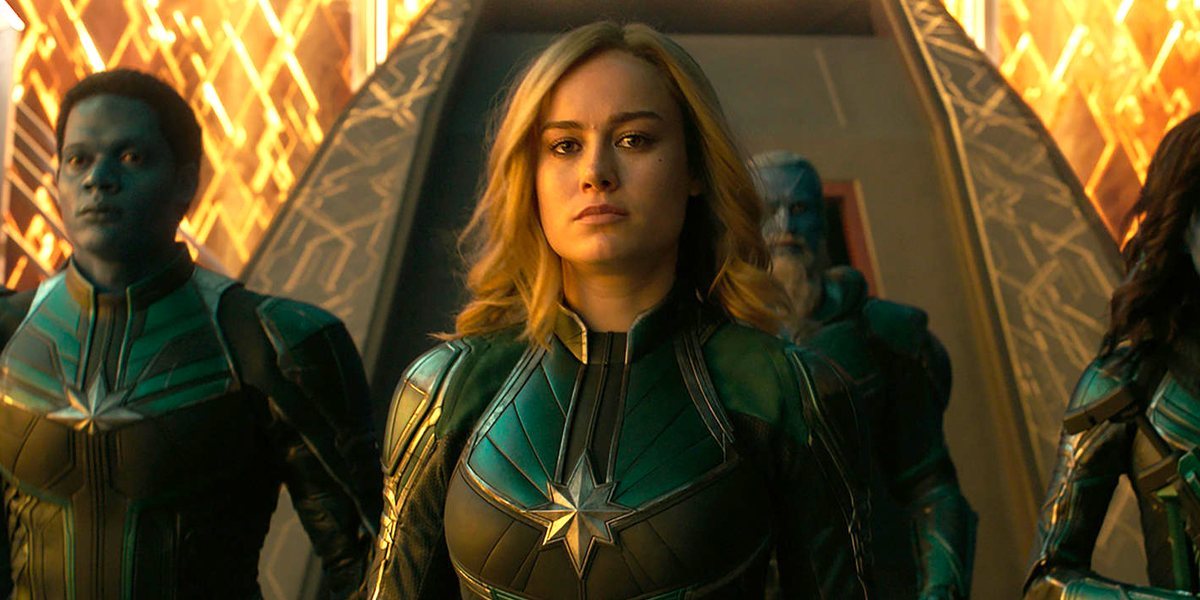 ‘This isn’t about fighting wars. It’s about ending them.’

This quote is repeated several times throughout Captain Marvel and is essentially the backbone of the movie. No matter how much power anyone has, the goal should be peace and prosperity.

‘Tell the Supreme Intelligence that I’m coming to end it. The war, the lies, all of it.’

Once Carol Danvers reaches her potential, she wastes no time in making full use of it. She’s not scared of anyone and she’s going to do whatever it takes to make things right. That’s starting with the Kree and the Supreme Intelligence that rules them, but it won’t end there. Hopefully she’ll fly into Avengers: Endgame with the same fervor.

She’s been aiming to go higher, further, and faster than the boys right from the start, and she did not disappoint in Captain Marvel!

Related: Captain Marvel is way too powerful and I love it

What is your favorite ‘Captain Marvel’ quote?