When Brie Larson took on the role of Captain Marvel, she wasn’t interested in playing a “perfect” superhero or someone who never fails. What drew Larson to Carol were the “defining moments of her character, where she doesn’t lay down.” Whatever she faces, Danvers, “Gets back up.”

You have to figure that getting Brie Larson, Marvel’s Kevin Feige, directors Anna Boden and Ryan Fleck, Samuel L. Jackson, Lashana Lynch, Jude Law, Gemma Chan, and Clark Gregg in a room together with a bunch of journalists would result in a lot of questions and answers, which it did. Here are some of the highlights from the Captain Marvel press event. 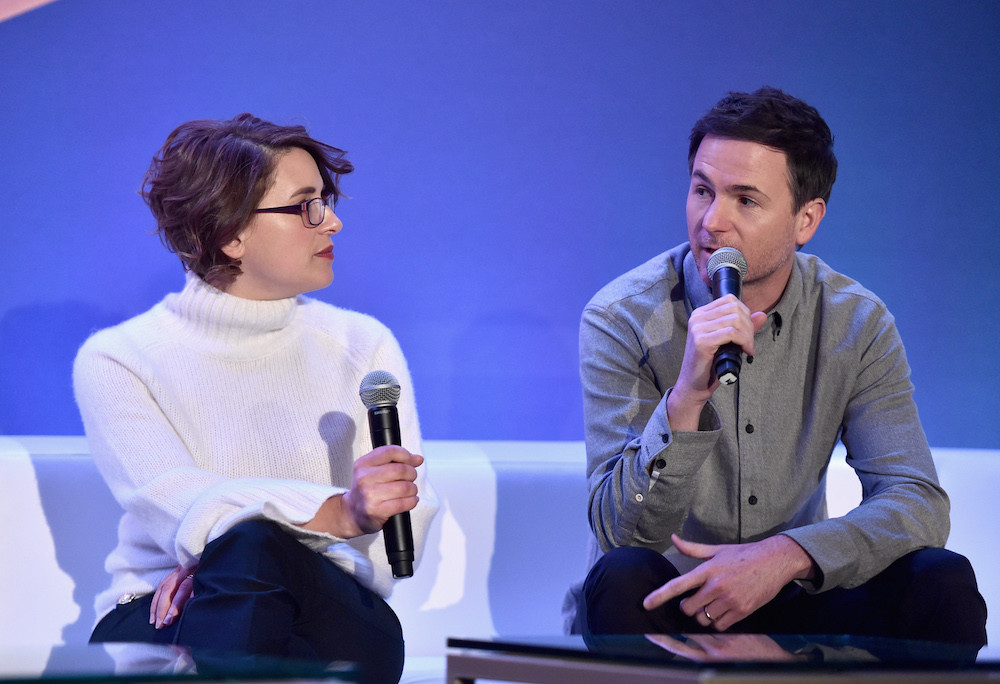 If you’ve seen the trailers for the movie, you’ll notice the very ’90s feel of the film and that’s exactly what directors Anna Bodden and Ryan Fleck were going for. The nostalgia factor is high and if you were around in the ’90s, you’ll definitely feel it. When asked about their pre-production process Fleck said it started with a playlist. “Some of those songs are in the movie, but it was really just… we put the scenes together and just threw songs in [to] see what stuck… to figure out which songs really worked the best.” 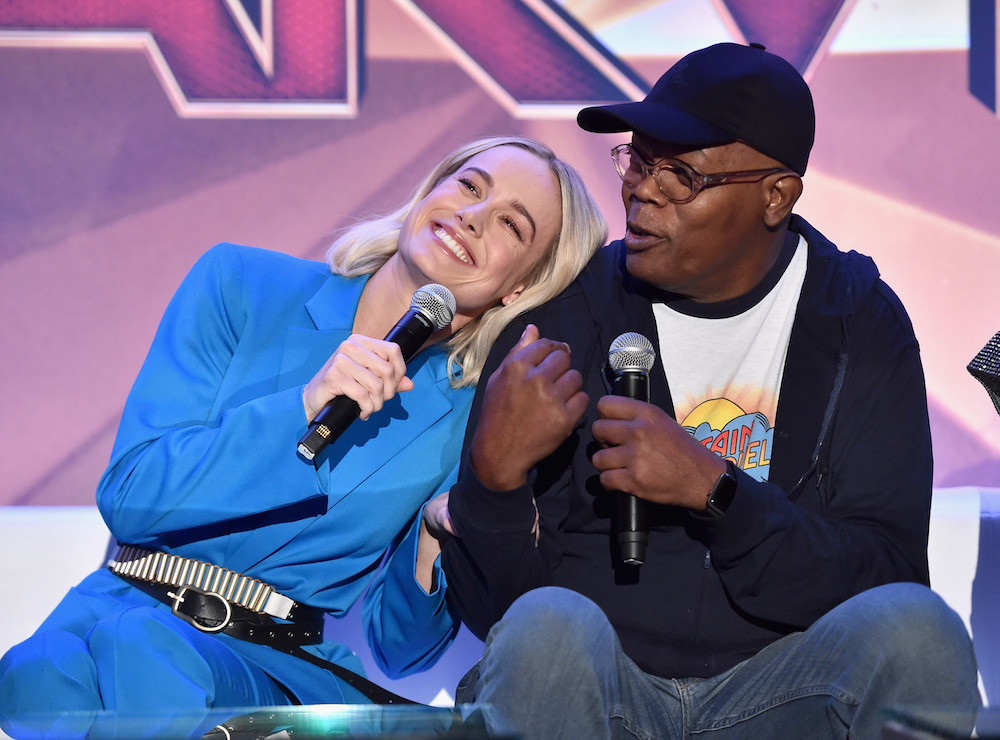 In keeping with the time period, Samuel L. Jackson says he’s, “… a kinder, gentler, not so cynical world-weary, chip-on-the-shoulder Nick Fury.” Jackson went on to share that Carol is Fury’s first alien encounter so, “…it’s kind of fun to not be the all-knowing… angry… persuader that Nick Fury always is, and even more refreshing to have two eyes, so I don’t have to cover one eye while I was learning my lines.” 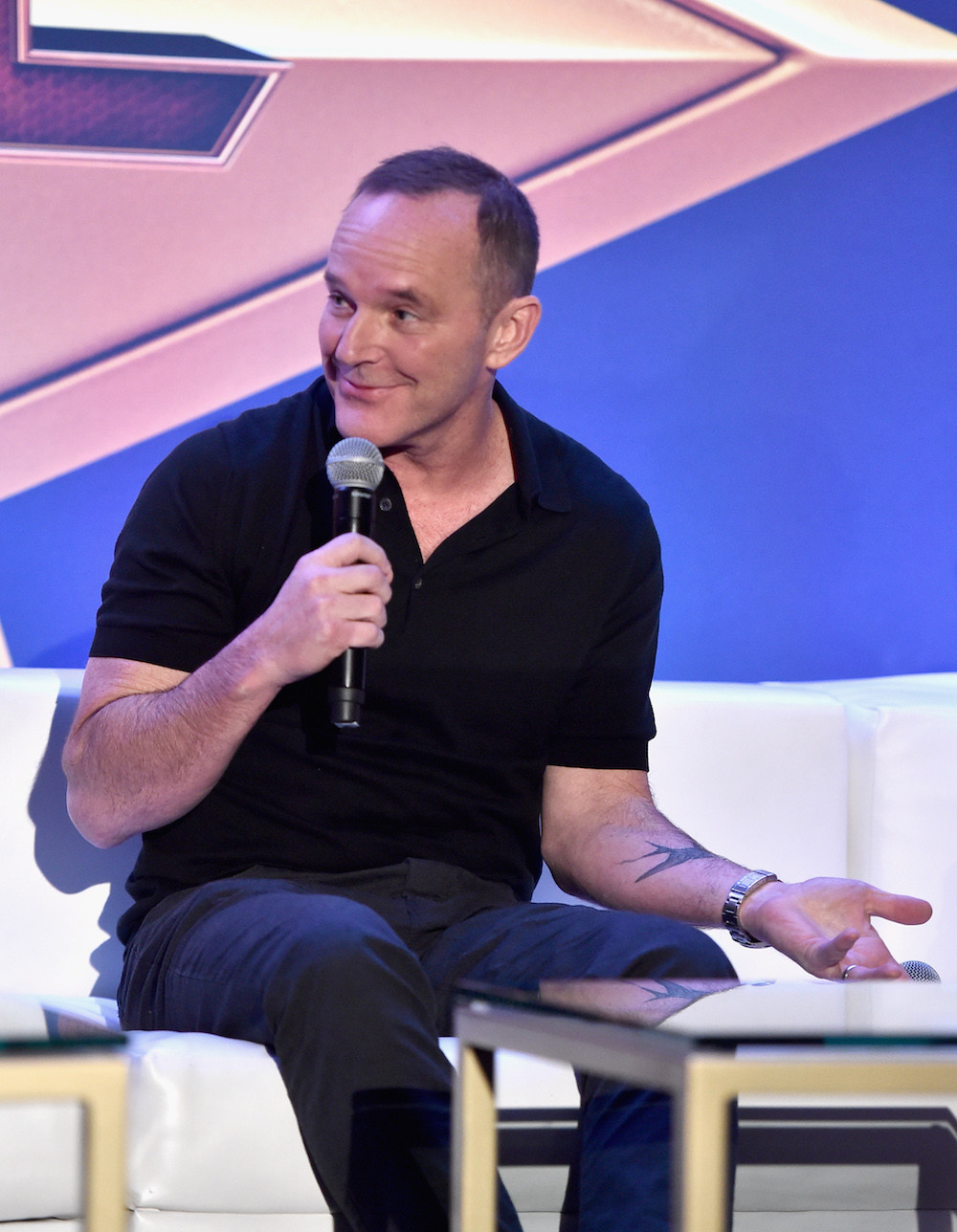 Clark Gregg says it didn’t take much persuading to get him to join Captain Marvel.

“You know, they said, ‘Hey, do you want to come back? It’s the ’90s. Cool soundtrack. Ryan and Anna. Little origin buddy stuff with Sam. And they’re going to give you more hair and make you look younger. Oh, and Brie Larson is going to be Captain Marvel’ and I was like, ‘okay, where do I go?'”

For Gemma Chan, who recently starred in Crazy Rich Asians, “…it was really fun going from playing Astrid, who is this very warm-hearted, kind, empathetic person to Minn-Erva… she’s sarcastic, she’s a bit of a mean girl.” (Once you see the film, you’ll appreciate this quote all the more. Minn-Erva’s a badass.)

Chan also had to go to sniper school to prepare for the role. “I had to learn how to you know, crawl with a rifle. I did all the drills… there’s an amazing stunt team that Marvel have and they help you look like you know what you’re doing.” 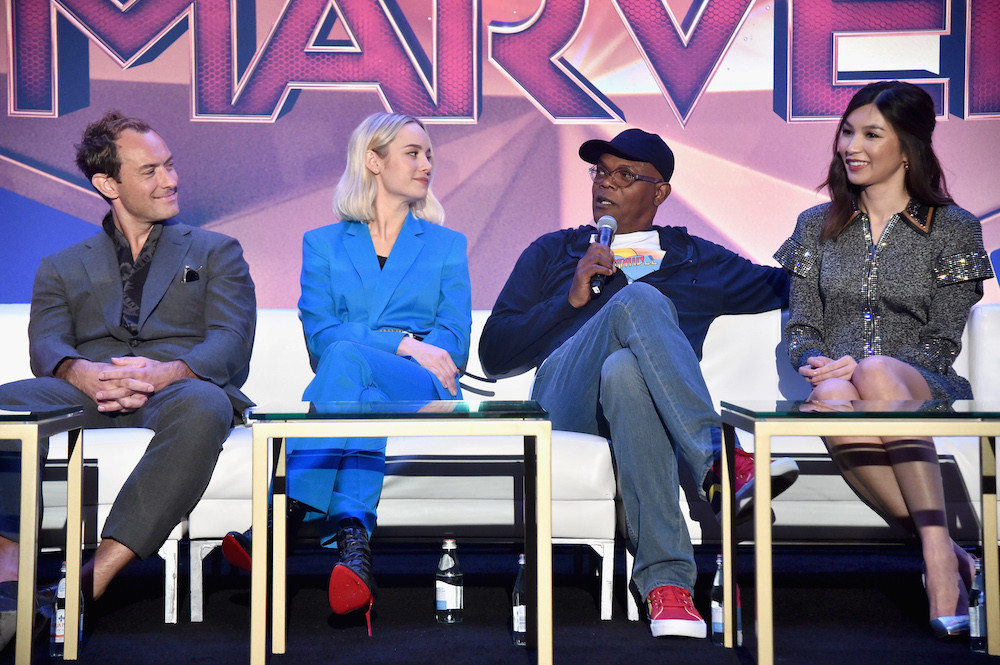 But if you’re really looking for the moment that offered the best hint at what Captain Marvel has to offer, Lashana Lynch who plays Carol’s best friend and fellow Air Force pilot Maria Rambeau had this to say.

“They’re both in the military, so they come from male-dominated environments where they were drawn towards the women anyway. They would find power in whoever they, you know, find energetic connections to… I think they had a sarcasm together… Brie [represented] Carol [as] a normal person. She’s able to be every facet of what a woman represents today — sarcastic, dry, funny… I feel like Maria embodies that in a very human way. She’s able to just be a kind, good person.”

Brie continued, “I think what they’ve gone through together, going through military training together, being the only women and then using each other to lean on each other through that type of like support and a recognition of their experience is really special. I mean, of course, I think they would have been friends outside of that experience… but I think that that’s a really tight-knit bond that they have and they’re family.”

Larson also specifically praised Lynch. “I’m going to brag about Lashana for a second because I love it — it’s like the movie shifts when she’s onscreen. Because there’s a level of power that she commands in that, that I was talking with people yesterday and a lot of people were tearing up talking about some of the speeches that you give because they’re like, I felt like she was talking to me.” 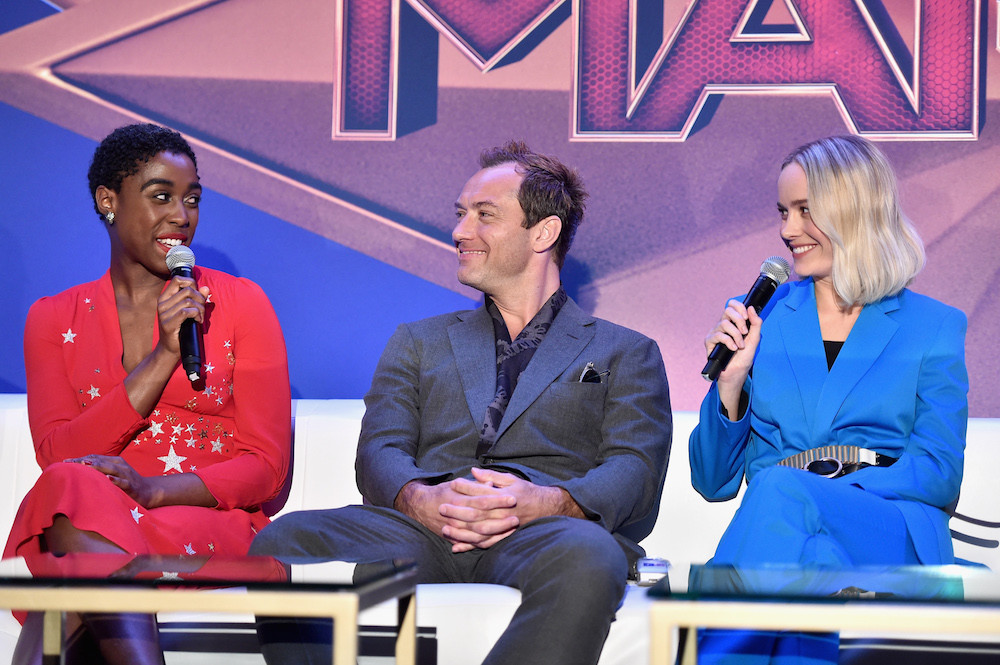 Lynch also talked about the military training needed for the film and why playing Maria was so important to her.

“Flying an F-16… is like your eyeballs coming out of the sockets and landing in your back pocket kind of thing… It’s wonderful to be able to be an actor and just add these different experiences and skills to your repertoire. And it was nice to just have the military… welcome me into their environment… I feel like I’m not only representing women, I’m representing black women. I’m representing single mothers and representing all women in the, in the military and that’s pretty damn special.”

But the best moment of the press conference came right at the end, from 12-year-old Alula Alderson from Scholastic Kids Press Corps when she stood up and asked the panel, “What do you hope for kids my age to take from Captain Marvel?”

In reply, Brie Larson asked Alula was she thought of the movie.

“I thought it was amazing,” 12-year-old said. “I loved, um… you as Captain Marvel, because I thought you were such an empowering female role figure. And role model. And I think that all my friends and me when we watch the movie, we’ll all really appreciate that.”

I’ve never seen an entire room of journalists melt into gooey puddles before, but they did. Here’s hoping Alula graduates from the Scholastic Kids Press Corps to become a world-famous journalist. She’s got the right stuff.