It’s never too late to become a BLINK. To get you started we’ve compiled all of BLACKPINK’s songs and albums in order from their release date!

Since being announced on the Coachella lineup for 2019, K-Pop sensations BLACKPINK have started to break through to an international audience.

If you’ve found yourself curious to know more about Jennie, Jisoo, Lisa, and Rosé, and get your first taste of their music but don’t know where to begin this BLACKPINK songs and albums guide is for you.

Trust us, you’ll be a Blink in no time.

All BLACKPINK songs and albums in order:

All BLACKPINK album and songs in order of release:

Read more about all of BLACKPINK’s songs and albums below: 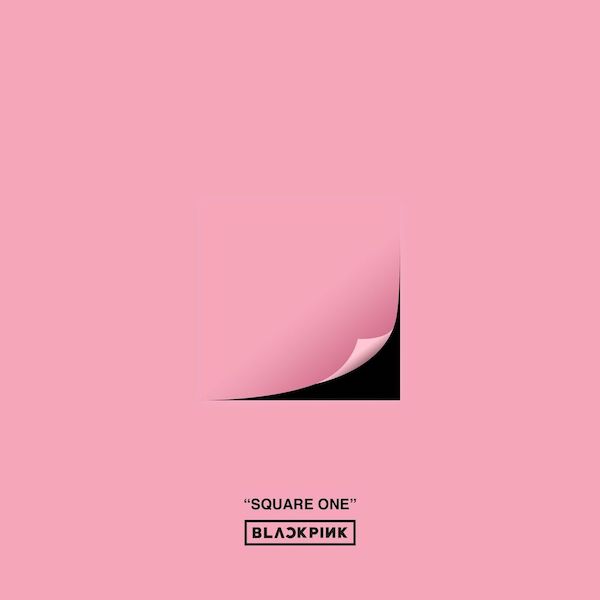 On August 8, 2016, BLACKPINK made their debut album Square One, which contained the songs “Boombayah” and “Whistle.” The single reached number one on the Billboard World Digital Songs chart, making BLACKPINK the fastest act to ever do so, and only the third Korean artists to reach the accolade. PSY and Big Bang were the other two Korean artists to hit number one.

“Whistle” also topped the digital, download, streaming and mobile chart of Gaon Chart in August 2016. No small feat for a group that was just debuting. 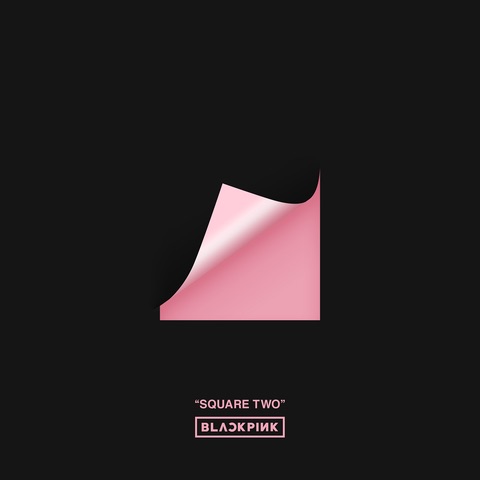 Square Two also managed to rank on the Billboard Top Heatseekers chart and the US World Albums chart, at number 13 and two respectively. 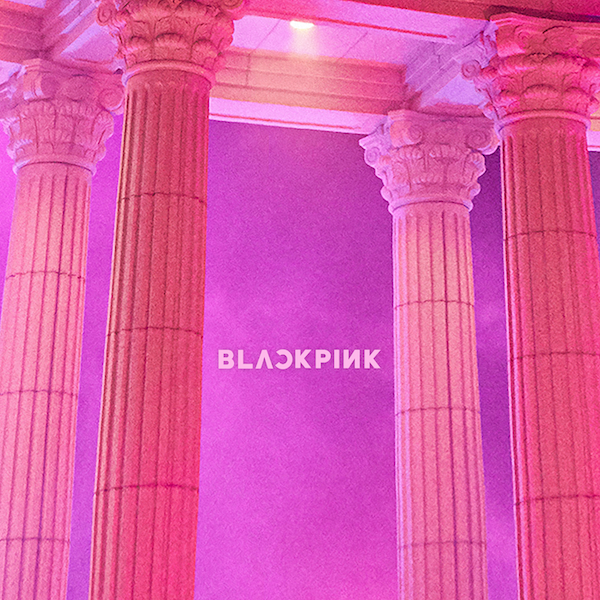 It would be a few months until BLACKPINK released their next single. “As If It’s Your Last” joined their first two singles, and was the group’s second song to reach 2,500,000 certified downloads in South Korea. “Playing with Fire” was the first. 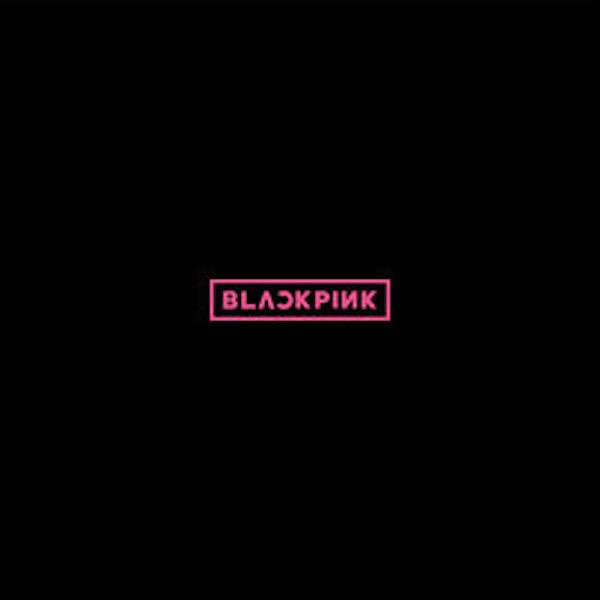 The group titled their debut Japanese album after their own name BLACKPINK with Japanese versions of “Boombayah,” “Whistle,” “Playin With Fire,” and “Stay.” 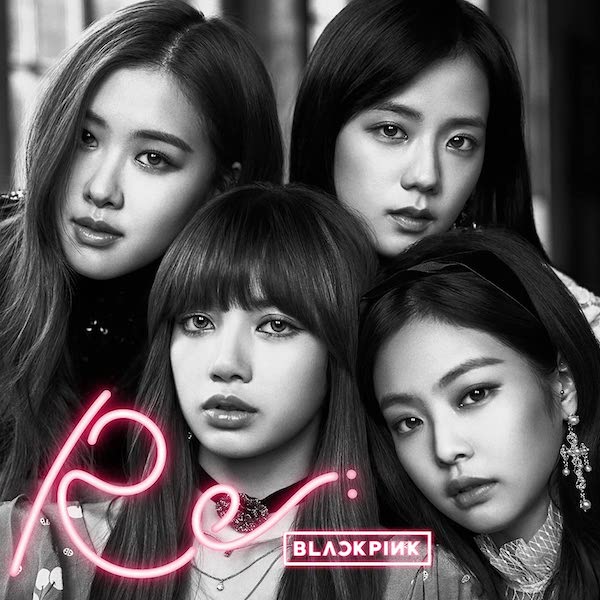 Re:BLACKPINK served as a repackage album of their first Japanese album, BLACKPINK. They included additional Japanese versions of “As If It’s Your Last” and “Whistle” as well as the other songs they’d released in Japanese previously. 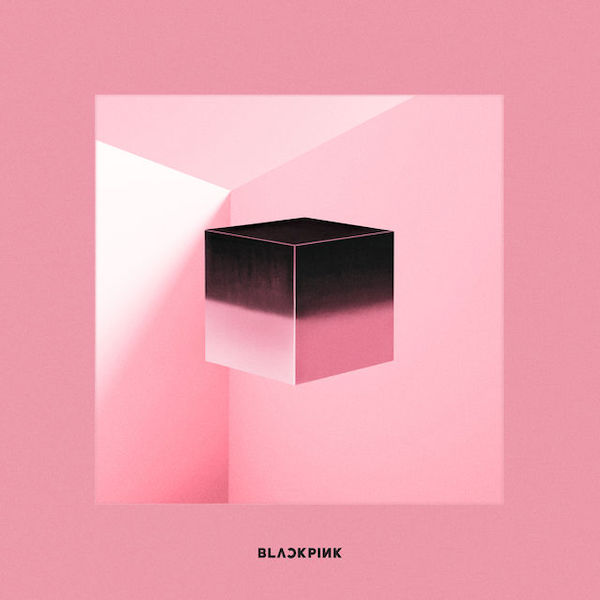 On June 15 2018, BLACKPINK delivered their first EP, called Square Up, which featured several incredible songs. This included the now insanely popular “Ddu-Du Ddu-Du,” which was released as the lead single. “Ddu-Du Ddu-Du” is also the highest-charting Hot 100 hit ever by an all-female K-pop group, having opened at number 55.

“Forever Young” followed hot on its heels on July 14 as the second single.

‘Kiss and Make Up’
(with Dua Lipa) 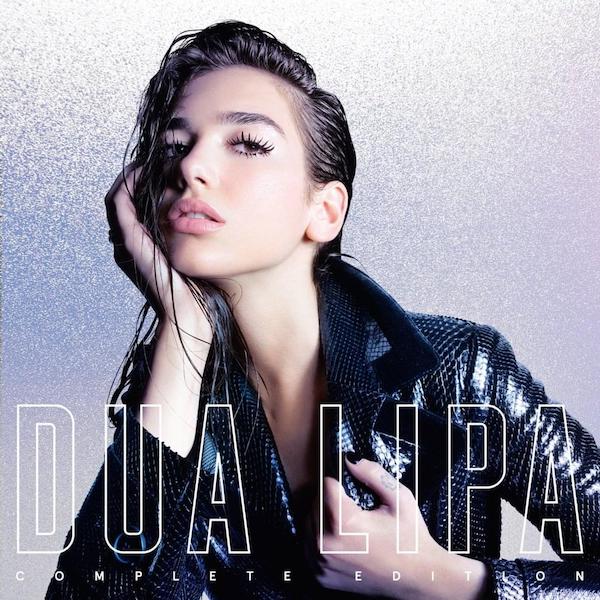 BLACKPINK teamed up with Dua Lipa on “Kiss and Make Up,” which has made it onto regular rotation on my playlists since it hit the airwaves on 4 September 2018. The song debuted at number 36 on the UK Singles Chart, which made BLACKPINK the first Korean girl group to make it into the top 40.

Jennie was the first BLACKPINK member to release solo music. “SOLO” debuted at the top of the Gaon Digital Chart in South Korea and also reached the top spot on Billboard’s World Digital Song Sales Chart. The music video also became the most viewed music video by a female k-pop solo artist in 24 hours.

‘BLACKPINK In Your Area’
(Japanese Album) 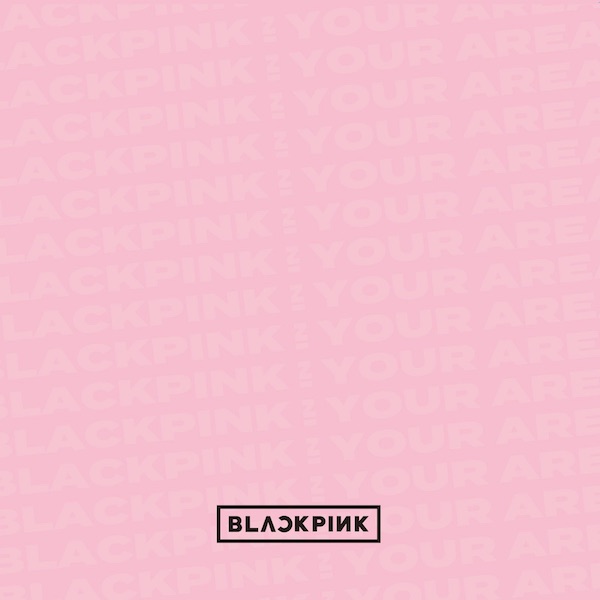 BLACKPINK In Your Area was the third Japanese album released by the group, but their first Japanese studio album. The album featured Japanese versions of BLACKPINK’s most popular tracks since their debut. Unlike their previous Japanese albums, this one featured no Korean versions of their songs. 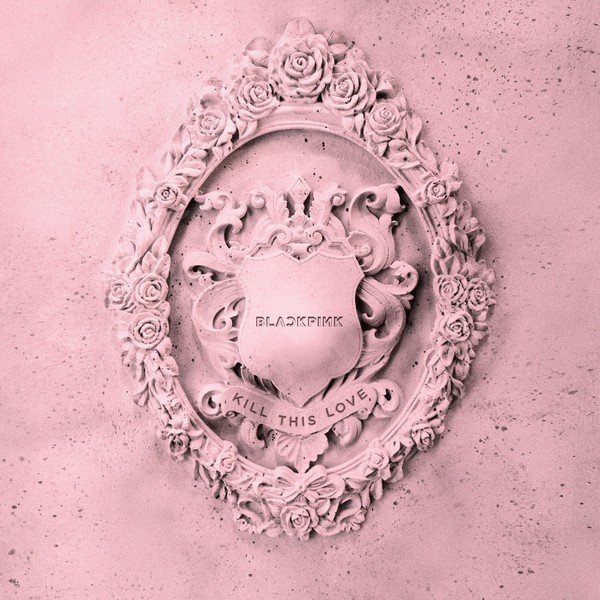 With “Kill This Love,” BLACKPINK’s company revealed that the group would be releasing a more intense lead single than previously before. Their efforts paid off because the album became the first a Korean girl group to surpass 500 million streams on Spotify. The single was also no.1 in 35 countries on iTunes.

However, they did face some backlash for the photocards that were released with the album because some fans pointed out that the imagery of the members with bruised faces glorified physical abuse. 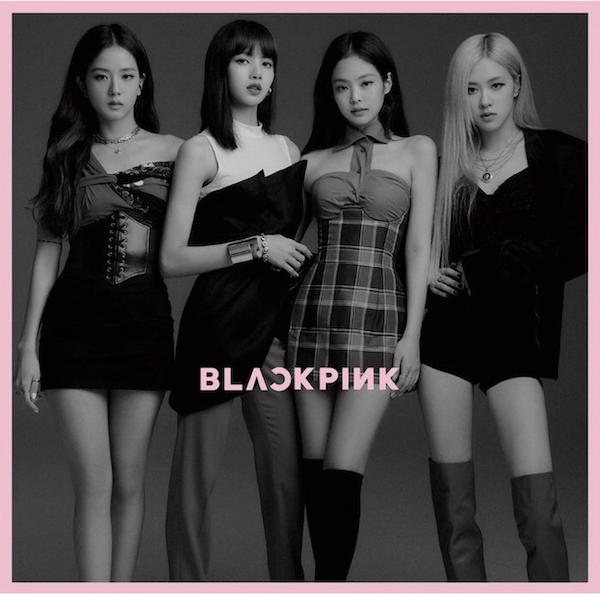 Kill This Love became the second Japanese studio album released by BLACKPINK. It includes Japanese versions of “Kill This Love,” “Don’t Know What To Do,” “Kick It,” “Hope Not,” and “Ddu-Du Ddu-Du (Remix).” The album was originally supposed to be released in September 2019 but the date got pushed back to October. 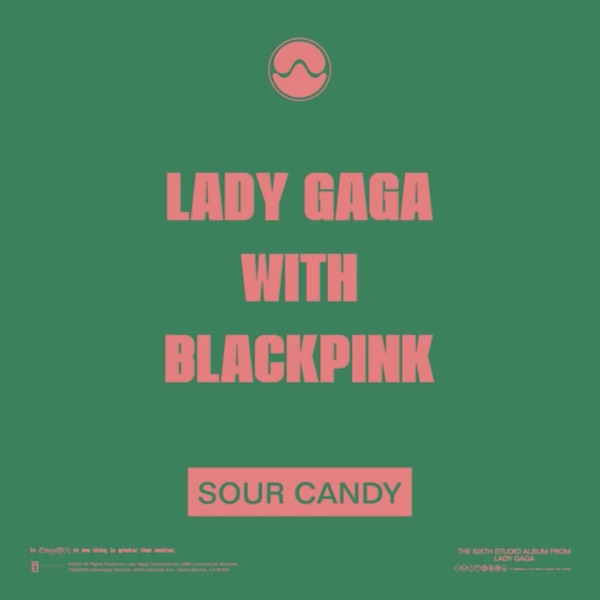 BLACKPINK collaborated with Lady Gaga for her latest album Chromatica, and the result was “Sour Candy.” This became the group’s second time being featured on an album for another artist. Lady Gaga’s album also features two other artists, Ariana Grande and Elton John. 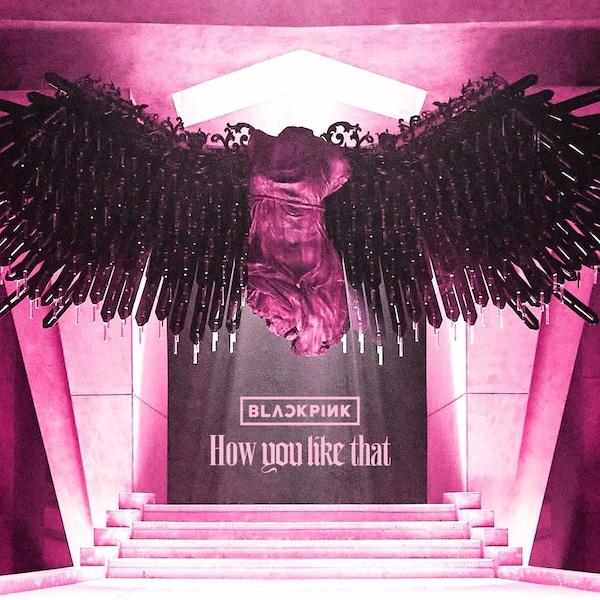 “How You Like That” is the first pre-single from BLACKPINK’s upcoming studio album, which is set to be released in October 2020. The single earned the biggest debut by a girl group on Spotify Global Chart and Spotify US while the music video broke the record for the most viewed YouTube music video in 24 hours. 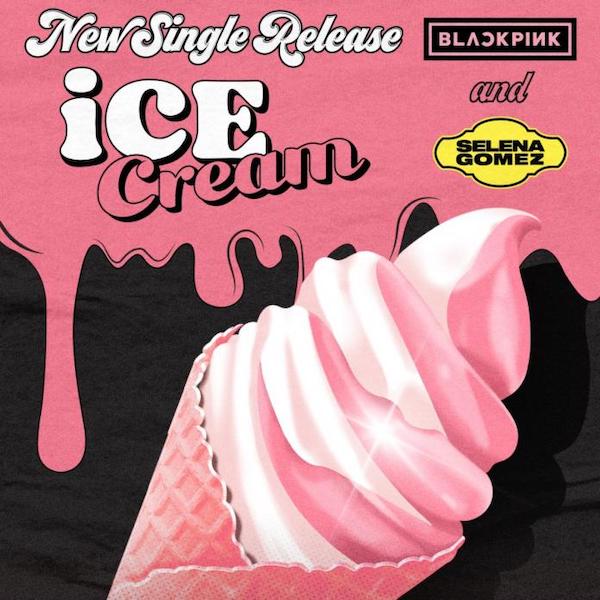 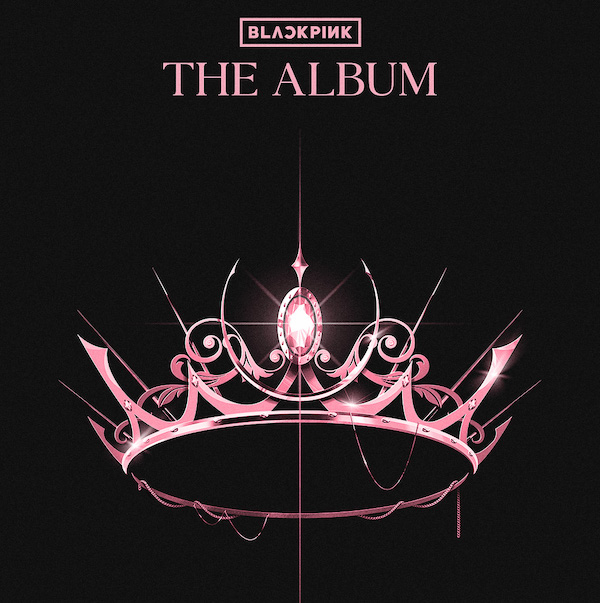 BLACKPINK is scheduled to release another full-length album! “How You Like That” will serve as the lead-single of the album and was pre-released in June. A second single for the album was also released ahead of the album in August, featuring Selena Gomez called “Ice Cream”.

They released an additional music video for “Lovesick Girls” to accompany the release of The Album on October 2!

Rosé became the second member of BLACKPINK to release a solo project with R that featured the title track “On The Ground” as well as “Gone” which she had previously performed at the group’s virtual concert back in January of the same year. Both songs are also released in all English

The singer spoke in-depth about her new solo project on Youtube’s Released series. She gave details on the single such as the meaning behind the lyrics, “Basically the song is kind of about looking for answers in life, for a purpose in life, and I feel like people, especially these days, can relate to it. Sometimes when you’re always kind of on that roll, you kind of forget to take care of what actually matters to you most, and it’s just a song that says that everything we need is already within us. There’s no need to go out and look for it.”

What are your favorite ‘BLACKPINK’ songs?

Editors note: This article does not include covers by BLACKPINK or Live Albums released by the group.