Our Black Widow review is spoiler-free, discussing the MCU’s latest installment and the first film in Marvel’s Phase Four.

It’s been a long time coming for Natasha Romanoff. Ever since she was introduced in Iron Man 2, fans have wanted to see her in a solo film.

When I first heard the announcement, I thought better late than never didn’t really apply here. I’d moved on, and while I knew I’d still watch a Black Widow movie, there were plenty of other characters I was more interested in exploring.

I’m happy to report that Black Widow exceeded my expectations. Not only was it an action movie to rival any of its predecessors, it also allowed us to see Natasha Romanoff’s vulnerable side. It’s not something we glimpsed too often, and given where this character goes, I’m glad to know a bit more about her now.

Going into Black Widow, the most important piece of information to have is when this film takes place in the wider MCU. It fits nicely in a slot between Captain America: Civil War and Avengers: Infinity War.

In fact, the movie may have been better served to have hit theaters during this time, rather than nearly five years later. On the other hand, it’s nice to see Scarlett Johannson return as Natasha Romanoff despite the events of Avengers: Endgame.

Fight for your life 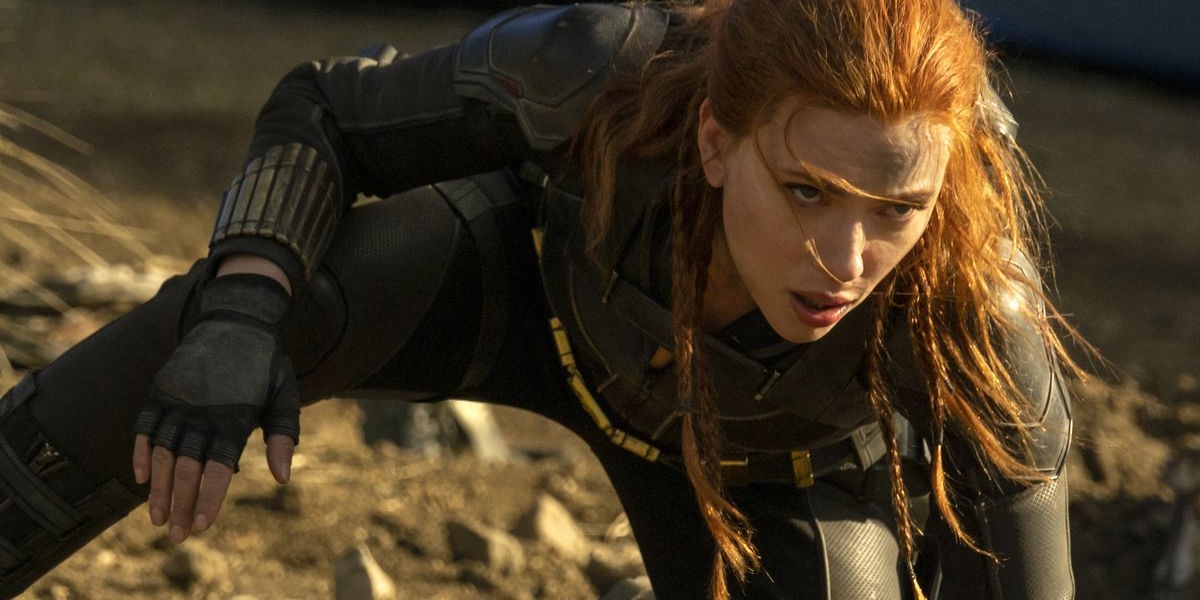 The first topic to tackle in this Black Widow review has to be the action. The film begins with a daring escape and doesn’t let up for the next two hours. Natasha finds herself in plenty of interesting situations, but there’s a reason why she’s one of the best spies in the entire world.

In fact, she might be a little too incredible. If I had one complaint about this movie, it’s that Marvel Studios sometimes forgets she’s human. We see her fall from several stories, get flipped around in a car, and pummeled by a dozen adversaries.

I find it incredible she doesn’t walk away with more broken bones, a concussion, or some bigger wounds. Then again, she’s been in this business for quite some time. She’s learned how to tuck and roll.

And the movie doesn’t ignore her mortality entirely. We see her pause every once in a while to lick her wounds. She has more than a couple bruises. We see her limp. It’s important to remind us that while she might be an Avenger, some of those other guys have quite a big leg up on her.

But the action triumphs most of the other movies we’ve seen in the MCU so far. We get a lot of Black Widow’s signature moves, along with a few new ones. It’s clean, smooth, and graceful—exactly what you’d expect from a film about a super spy.

Plus, with such a large cast of women, it’s incredible to see them all training and fighting to be deadly assassins. If you were impacted by the scenes from Wonder Woman, you’ll find a lot to love in Black Widow, too.

I hope we’ll continue to see this type of action in future Marvel movies. It’s not just about who hits the hardest or who has the flashiest weapons, but who can outsmart their opponent and meet every move with a counter of their own. It’s a smarter, more complicated choreography that enhances this film and has an opportunity to improve others down the line. 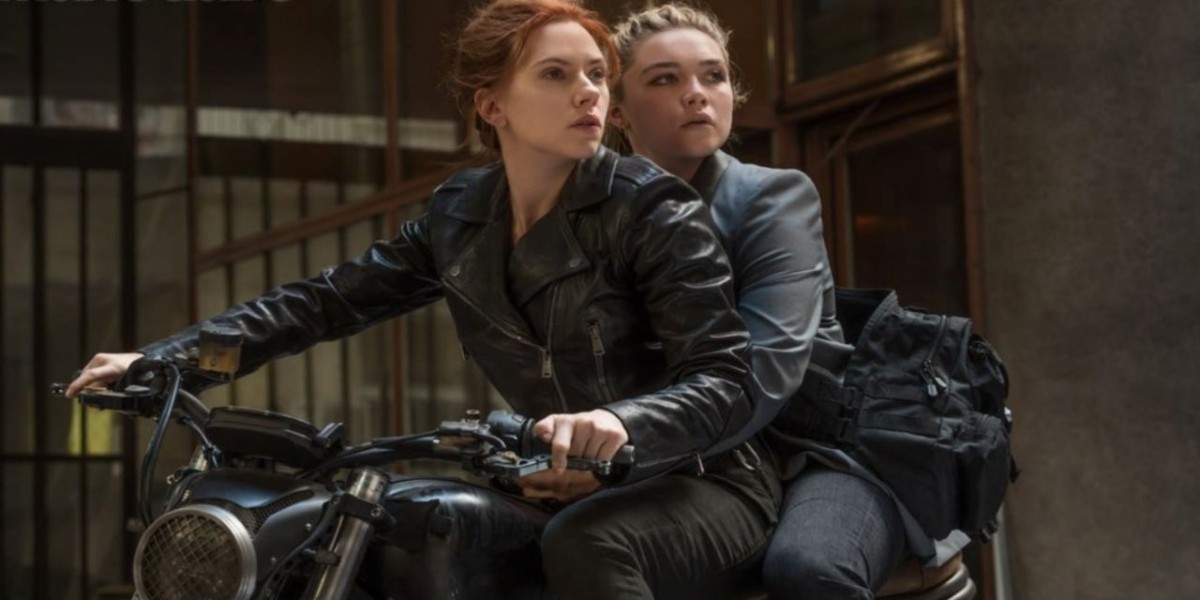 In Black Widow, Natasha returns home in a myriad of ways, both emotionally and physically. Much of the movie takes place in Russia, and we see her navigate the pitfalls of a life where she has defected to the West and the Avengers.

She is a much different person than she used to be, and she wears her heart on her sleeve in a way we haven’t seen before. While she may have been cold to the likes of Steve Rogers (specifically their butting of heads in Winter Soldier), she’s often the warmest one in this movie. Natasha has come a long way.

The setting is as grand as you would hope for from a movie about an international spy, and not only do we see some beautiful places across the globe, but we also revisit Natasha’s past. Everything we’ve learned about her in previous movies comes full circle here, laid out before us in a way we’ve never seen before.

This is the part of the Black Widow review that’s the trickiest because so much of Natasha’s journey is tied to going home and wrapping up her unfinished business, and that’s not something I want to spoil. You need to see it for yourself.

Natasha is no longer the person she once was, and though she seems accepting of that, it can’t be easy to find herself in the middle of all this business again.

She’s fighting against an entire way of life that she’s overcome, but she also has to face the horrors of her past. In this movie, we get to witness the depths of her sorrow, but the film shows us more than that, too. It shows us how she chooses to take her mistakes and do everything she can to right them.

I’m glad this movie takes place when it does because it makes Endgame all the more satisfying, if just as tragic. At least Natasha got to right a few wrongs before she met her end. 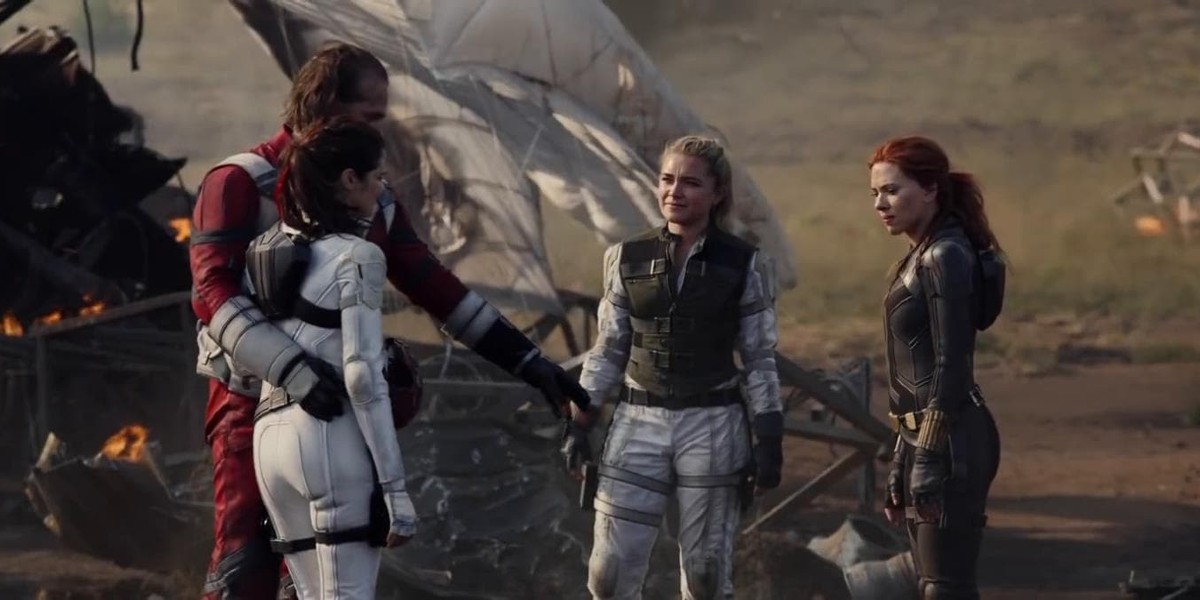 Black Widow’s cast is far and away the best part of this movie. Scarlett Johansson doesn’t need any introduction at this point, and her Natasha Romanoff is as nuanced as it has ever been. Like I said earlier in this Black Widow review, she’s equally strong and vulnerable, with each characteristic enhancing the other.

On equal footing with Johansson is Florence Pugh’s Yelena, who is just as dangerous as Natasha and yet still plays the role of baby sister. I could watch these two take down an army of bad guys any day, but the true highlight was their interpersonal relationship.

Their banter is hilarious, and every once in a while the film takes a few moments to slow the action down and show these two getting under each other’s skin. Yelena seems to be the perfect foil for Natasha, the big sister who gets to hang out with the cool kids (aka the Avengers), but also the perfect person to bring under her wing.

If Marvel chooses to move forward with a bigger role for Yelena, I will be on board with no questions asked. Florence Pugh is a powerhouse of an actress who has proven she can do all the action required from this part. Yelena already has a complex and storied past, and one that can influence her future role in the MCU.

Plus, Yelena feels different from Natasha. Yes, they have a lot of the same experiences, but Yelena will bring something different to the table. Her humor’s a little less dry than Natasha’s, and she’s almost goofy at times. She’s sardonic in a much softer way, and I was living for every moment she was on screen.

Rachel Weisz as Melina and David Harbour as Alexei (aka Red Guardian) rounded out the cast nicely. These four have a complicated familial history, and each one of them remembers their time together differently. They all took those experiences and molded them into something that pushed them in a future full of the unknown.

Melina is the brains of the operation, and her candor brings as much humor to the table as Alexei’s ridiculousness. He’s the brawn, but he’s certainly seen better days. Honestly, it’s a wonder he can even move in his Red Guardian outfit.

Together, these two make for interesting parents, but as much as we’ve painted Russian spies as ruthless and cold, there’s a lot of heart in this story. These four used to be at the top of the game, but now they’re a merry band of misfits. And I wouldn’t have it any other way. 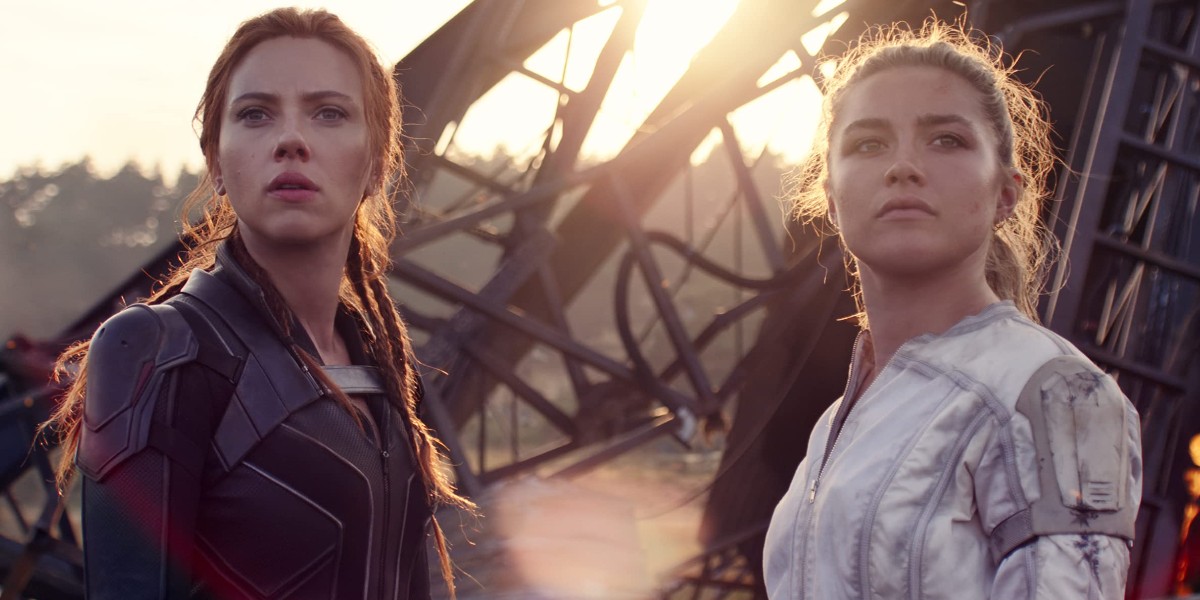 It’s difficult to whittle this Black Widow review down into a few succinct thoughts because the film does a great job of giving you a lot to think about, even after the credits roll. And no, that’s not even a reference to the post-credits scene, though you’ll want to stick around for that, too.

The film benefits directly from having a female director in Cate Shortland, as well as a screenwriter in Eric Pearson, who wrote for Agent Carter. Black Widow showcases Natasha’s strength as often as it showcases her heart, and it doesn’t lose anything along the way.

Beyond that, we see a film where women help each other up when they’re knocked down. Natasha, Yelena, and several of the other characters have been both physically and mentally abused their entire lives, and yet they still retain so much of their compassion. One of the final scenes brought tears to my eyes for exactly this reason.

While Black Widow will be a bitter-sweet story for so many people—Natasha deserved much more much sooner than this—it’s also the kind of swan song that helps ease the sting of her departure.

Besides, this film introduces a cast of characters and opens up a different part of the world for Marvel to use as its next playground. There’s no limit to where they might go from here.

Did this ‘Black Widow’ review make you even more excited for the film?