Bite-sized book reviews: This summer was all about the ladies

Bite-sized book reviews: This summer was all about the ladies

So many great books came out this summer. Allow us to catch you up on the best of them with these bite-sized book reviews!

This summer, our favorite books centered upon one common thread: The experience of being a young woman trying to make it in the world. Though the books we read were all wildly different in content as well as protagonists, they all demonstrated the resilience of women as well as their multifaceted nature. None of these young women are ever all one thing, and that’s what makes them so compelling to read.

From a story of magic and witches to a delightful YA romance to novels written in poetic prose, this summer was chock full of beautiful titles centered upon the strength and awesomeness of women.

The titles below were just some of our favorites (and ones we think you should read ASAP). While these bite-sized book reviews don’t give everything away, they’ll hopefully entice you enough to want to sink your teeth into these titles! 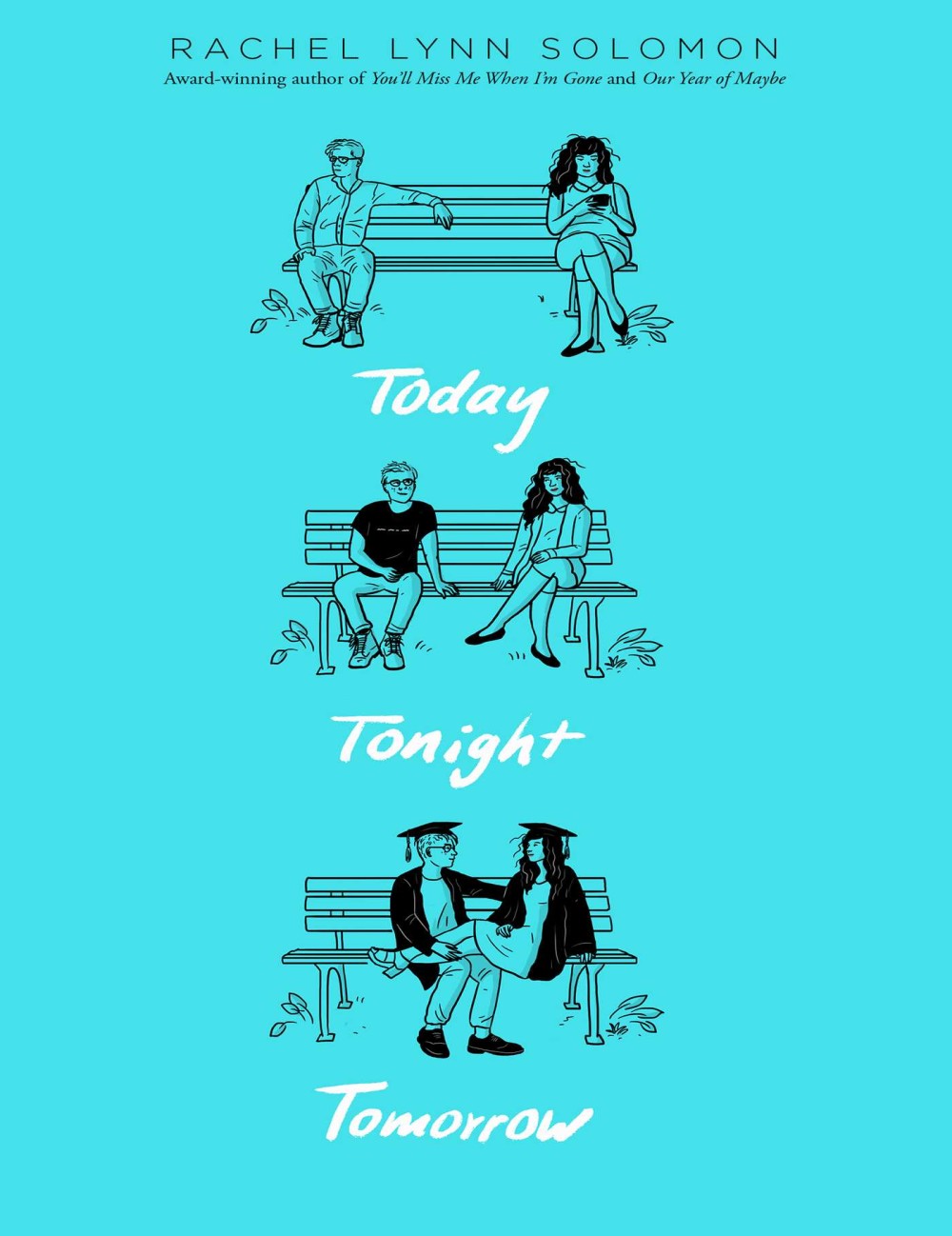 I can’t even begin to describe how much I loved Rachel Lynn Solomon’s Today Tonight Tomorrow. One (large) part charming enemies-to-lovers YA/crossover-NA rom-com, one part scavenger hunt, this book is truly delightful from cover to cover.

Taking place over the course of just 24 hours, Today Tonight Tomorrow follows two high school seniors on the eve of their graduation as they compete against each other in one last challenge to see just who is the best. Of course, their relationship progresses exactly how you’d expect, and it’s the most wonderful and spirit-lifting journey. It’s impossible not to root for this couple because their personalities mesh and complement each other so well.

And their chemistry? Off the charts.

As an advocate for frank discussions and honest depictions of sex and sexuality in YA novels, one of the things I loved most about this book is the way in which it demystifies and normalizes sex. It doesn’t shy away from it in conversations or even interactions between characters like so many other books do, YA or otherwise. While this book doesn’t focus on sex by any means, its treatment of it (as well as its praise of romance novels) is just so refreshing.

In addition to sex and sexuality, Today Tonight Tomorrow also includes important discussions of anti-semitism. Though I consider myself an ally, this story brings up quite a few points that I embarrassingly never realized. However, I’m grateful to have been able to read these characters’ experiences and have something to work on.

I’m not exaggerating when I say that I loved every minute I spent reading this book and following the adventures of these two highly intelligent teens. I can’t wait to read it again and fall in love with these characters once more. (Until then, I’ll enjoy drinking warm beverages out of the mug I received with my copy of the book and reliving all of the warm feelings this story gave me.)

‘The Year of the Witching’ by Alexis Henderson 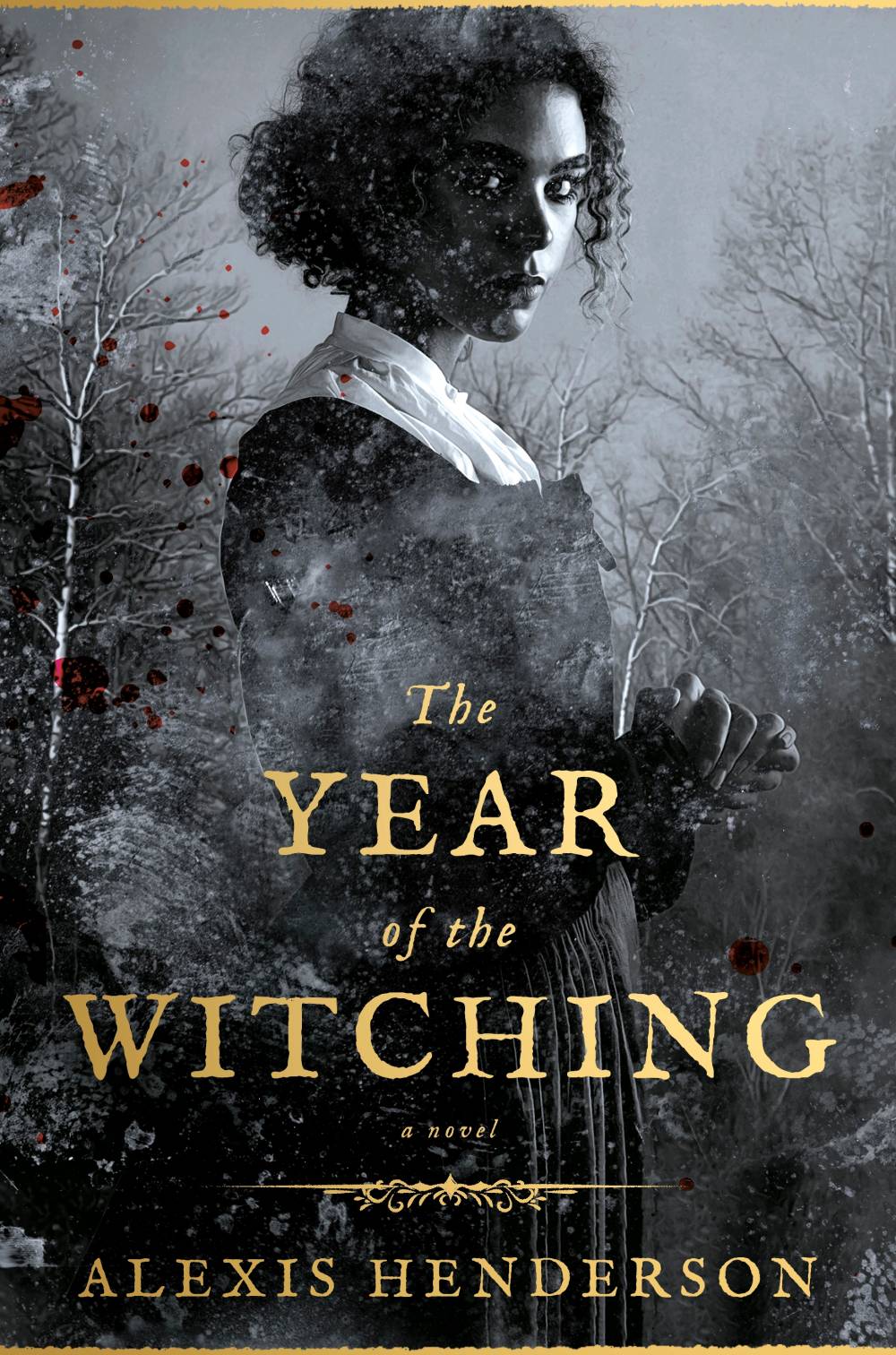 I honestly have nothing but great things to say about this story. Set in a strict, puritanical society, one young woman struggles with her heritage and the mysterious happenings occurring in her town after she sets foot in the dark wood. When the truth about the town’s history surfaces, it’s up to her to effect a change.

This book, while marketed as YA on certain websites and by some booksellers, is definitely more New Adult. It’s dark and extremely feminist, slow-moving and intricate. The Year of the Witching doesn’t shy away from the darkness, reveling in the gore and horror witchcraft stories are known for. The best thing I can compare it to is Netflix’s The Chilling Adventures of Sabrina in terms of its mood, puritanical (as well as satanic) elements, and overall aesthetic. To be honest, I even imagined a few book characters to look like The Chilling Adventures of Sabrina characters while reading.

Though I loved all of the witchy and creepy elements, what I found most interesting was the way in which the book depicts the main character Immanuelle’s “otherness.” Because of her biracial heritage, she doesn’t fit in with her family. They treat her as an outsider and lesser person to the point where she never refers to any of them with affectionate names like “Grandmother” (nor do they return the favor).

Not only is she an outsider in her own home, but she also has a hard time fitting in with her community as well as her father’s community. She doesn’t fit in anywhere because she’s biracial. The way the author handles her journey puts the focus more on who Immanuelle is rather than who others see her as and expect her to be. Her otherness is a way of life that she has internalized and operates within. It’s not something she constantly comments on, points out, or uses as an excuse like other similar characters might.

The Year of the Witching is a moody, entrancing novel that you’ll have a difficult time putting down. While it’s not the quickest moving novel, its slow and deliberate pace creates just the right amount of tension, mystery, and intrigue. Add this one to your to-read list. You’ll be so glad you did. 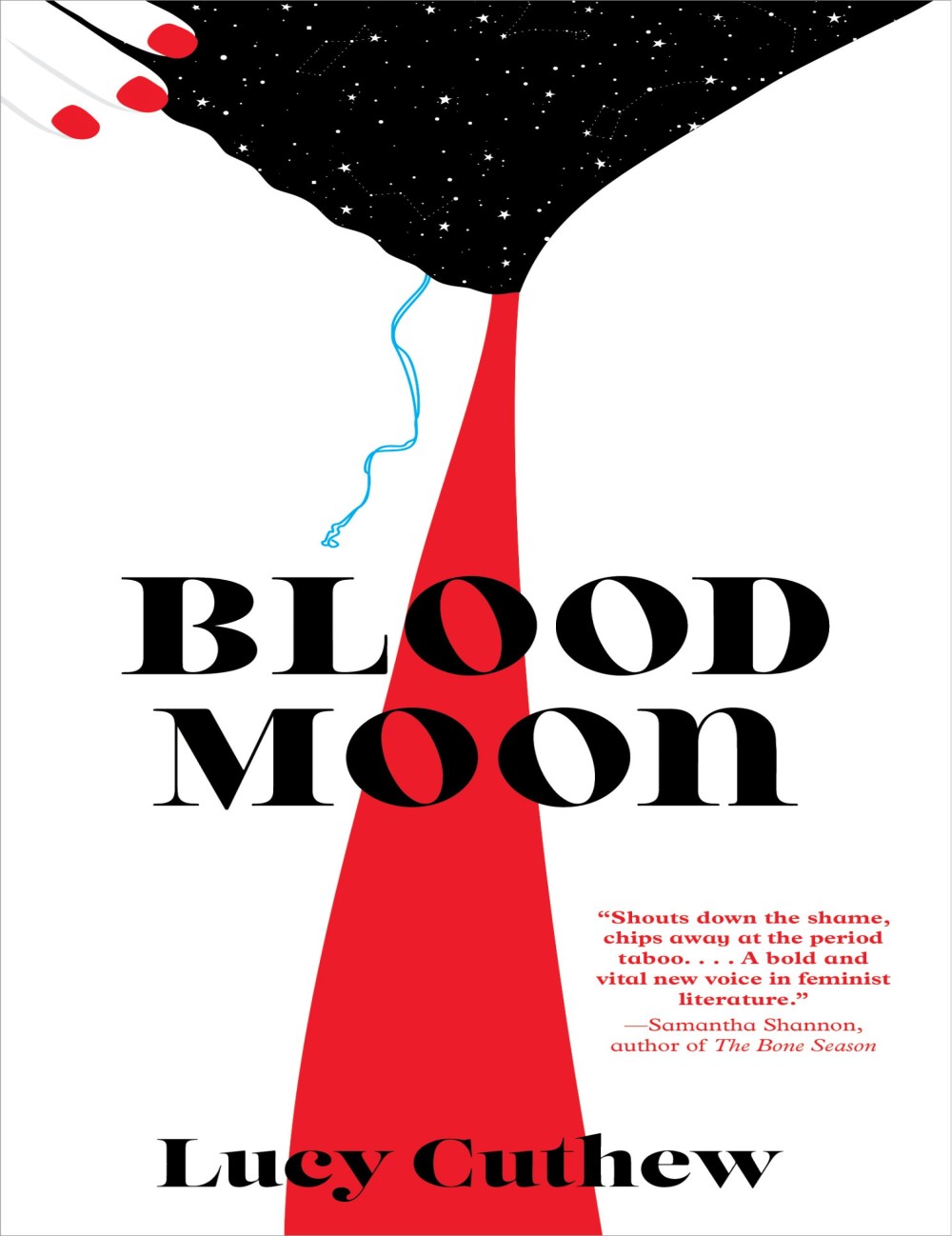 There’s no doubt about it: Lucy Cuthew’s Blood Moon is an absolutely stunning debut. Centering upon an ambitious and intelligent young woman whose untimely period makes things a bit awkward with her crush (and then snowballs into a malicious scandal), this book expertly conveys just how vital relationships of all kinds are to our health and well-being as well as just how cruel teenagers and internet users can be.

Speaking of writing, one of the most interesting aspects of this novel is the way in which it’s structured. Told through poetry, the book is set up to look just like digital messaging, where the POV character’s thoughts, dialogue, and anything happened to her was portrayed on the right and other characters’ on the left. It seems simple and not all that noteworthy, but this structure really helped add layers to everything said and done between characters. It highlights the fascinating dynamics of each relationship as well as how we don’t always say exactly what we mean or feel.

All of these little details and emotions make the main conflict in the novel, the main character’s period coming during her first sexual experience, all the more poignant and realistic. I really appreciate the way the book doesn’t paint the event as completely gross or as completely natural. It has elements of both while never shaming the main character.

That’s perhaps the most important aspect of this novel: No matter how bad things get or how much the main character feels alienated and humiliated, the book never veers into condemning others’ shaming of her. Even while she’s embarrassed over the fallout of her secret getting out, there’s never a sense that she’s at fault or did something wrong. The sex positivity in this novel is truly heart-warming and effective.

I honestly can’t recommend this book enough. It’s heartbreaking to watch the main character go through such an awful situation (that was frustratingly made out of a non-situation). It’s even more heartbreaking that all of this feels all too real. But that’s what makes it an effective novel. It’s a must read for all teenagers as well as parents of budding teenagers, but is just as affecting to those who don’t fall into those camps. 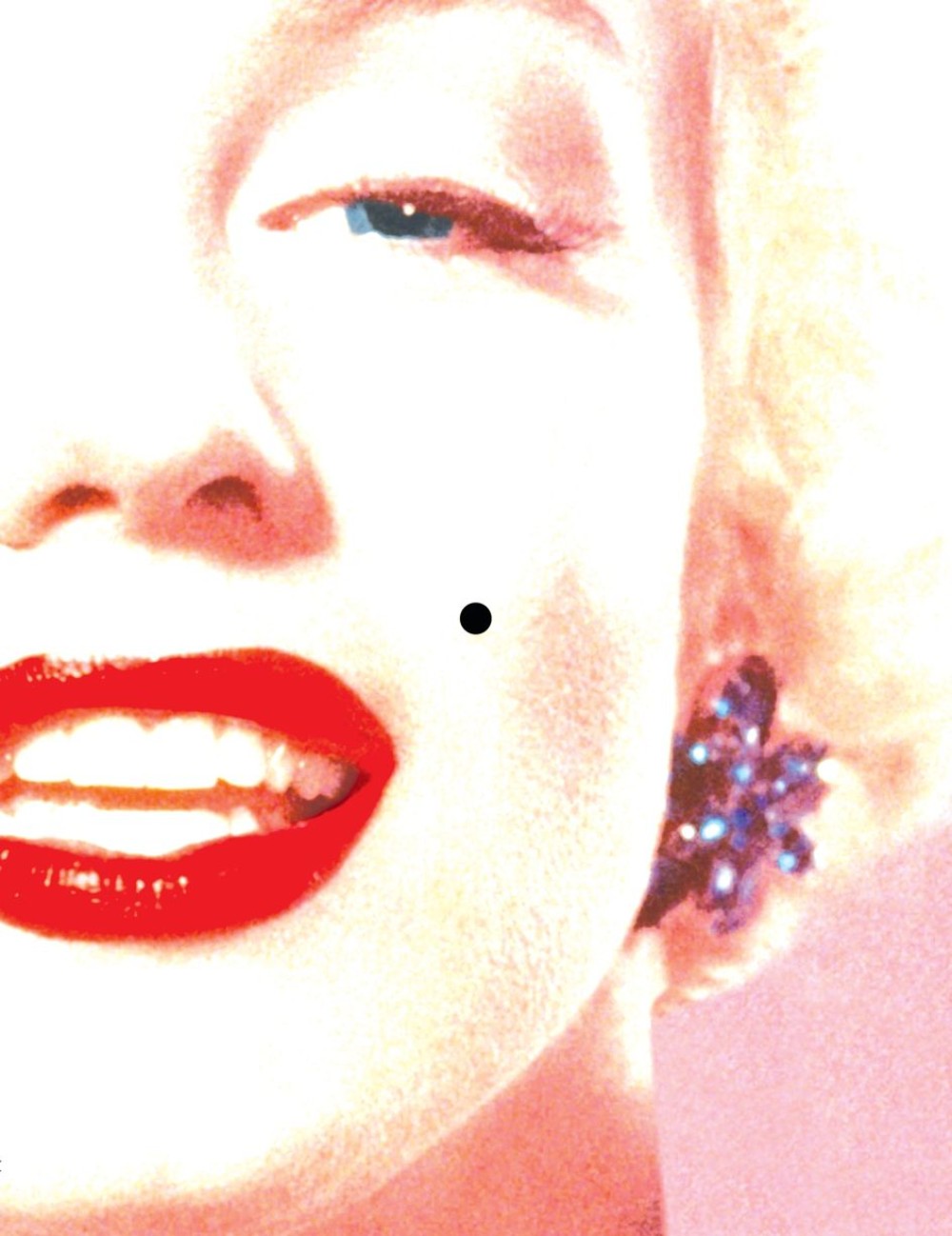 These days, it’s hard not to walk five feet without encountering Marilyn Monroe, either in image or (often misattributed) quotation. People throw the word “icon” around far too often and generally apply it to people and objects that aren’t actually “iconic,” but it perfectly fits Marilyn Monroe. She exemplifies Hollywood glamor for so many people.

But few actually know much about her life.

I’m in that camp. I’m familiar with the “lore” and the stories and (obviously) her iconography, but I’ve never seen a single one of her films nor have I heard anything about her background before. Beauty Mark: A Verse Novel of Marilyn Monroe was my first exposure to the woman behind the legend, and I’m so grateful it was.

This first-person narrative is eye-opening. It adds necessary context to a life and image that’s always presented without any shred of humanity. Not only that, but it gives a voice back to the woman who’s so often the silent object of the male gaze.

Regardless of true accuracy (because Marilyn wasn’t actually the one who wrote this and thoughts are never as organized or so distilled as they are here), it’s a powerful story of struggle and the yearning to be loved by self-centered individuals who don’t have any love to give. The first-person narration gives reasons for every decision (from the dying of her hair to her relationships), even when they’re so obviously cries for help. And even then her thoughts hide the true pain and underlying mental narratives she most likely dealt with on a daily basis. The prose here isn’t sanitized by any means, but it demonstrates how we all try to ignore that self-destructive voice in our heads and trick ourselves into believing that everything is okay when it isn’t.

This novel was a bit more episodic than I had anticipated, structured with single one-page poems rather than true chapters, and didn’t go as far into her life as I would’ve liked, but it’s an engrossing read and has made me all the more curious about Norma Jean herself rather than Marilyn Monroe. Whether you’re a fan of the woman or have never explored her background (like me), you’ll find this a fascinating read.

Related: Bite-sized book reviews: ‘We Are Not From Here,’ ‘They Went Left,’ and more!