We use cookies to ensure that we give you the best experience on Hypable. If you continue to visit us, we will assume that you are happy with it.
5:00 pm EST, December 11, 2020

Big Mouth season 4 introduces a new monster and continues to be one of the most relatable shows on television. Here’s our review!

It’s hard to imagine a world where Big Mouth could get any better, but season 4 of the hit animated television series manages to introduce new characters, bring back old faces, and keep the story moving forward — all while providing plenty of laughs, education, and heart.

If you’ve read any of my previous articles, you know I’m a huge fan of this show. Season 2 still holds the title as having the best episode of Big Mouth to date, but season 3 was also extremely relatable.

I’d be lying if I said I wasn’t a little worried season 4 might not live up to the hype, but series creators Nick Kroll, Andrew Goldberg, Jennifer Flackett, and Mark Levin (and their incredible writing team) continue to provide us with deeply flawed characters who are allowed the time and room to learn and grow.

They are only in middle school, after all. 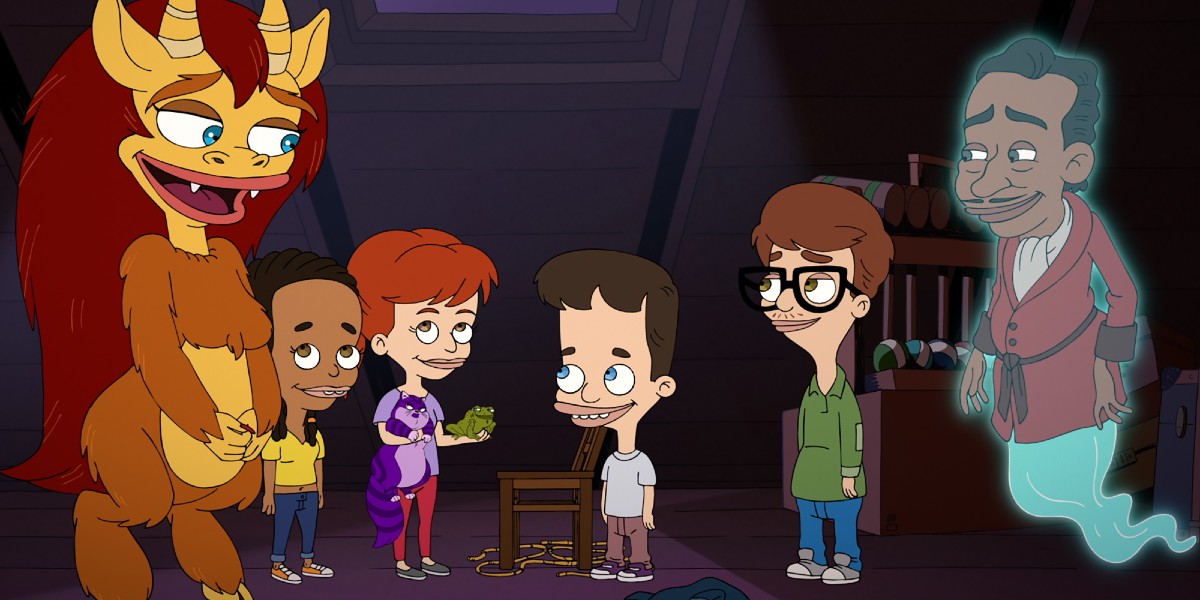 Big Mouth is certainly not a show for everyone. When I first watched it, I was skeptical. But it grabbed my attention (and my heart) and has refused to let go for four seasons. If everyone gave this show a chance, I think they could find something to love.

Yes, Big Mouth is gross. There are a lot of jokes about dicks and shit and vaginas and periods. But Big Mouth puts everyone on an equal playing field, accomplishing a balance between jokes made for guys, girls, and everyone in between. It also gives us permission to talk about those very human experiences (and bodily functions) that everyone is intimately familiar with.

This show approaches topics of sex and sexuality in a way that’s meaningful for children, teenagers, and adults. And while every parent has a right to decide when they want to have these conversations with their kids, I think that discourse is absolutely necessary.

Just because you don’t want to talk to your children about this stuff, doesn’t mean they’re not thinking about it. Constantly.

And that’s the approach Big Mouth takes: It might be weird and uncomfortable and gross, but if we can use humor to educate children so they make informed decisions, shouldn’t that be the end goal? And if we can also use that same humor to tell adults they’re not alone, shouldn’t we be excited that a show like this exists?

But if you’re reading this article, you already know all that–which means you want me to get right into the Big Mouth season 4 review.

So, does it live up to expectations? 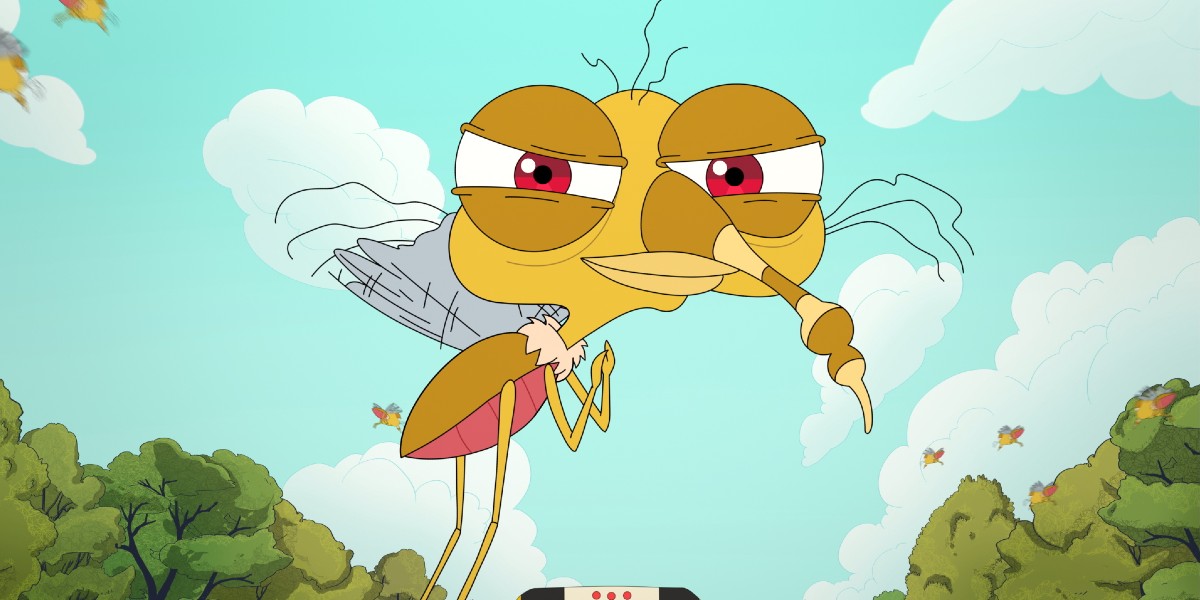 Absolutely. This season will give you more of what you love about these characters, including a resolution to what happened at the end of season 3. It puts Nick, Andrew, Jessi and the others in interesting situations where you get to see how they dig their way out of the hole they’ve created for themselves.

The big game-changer for this season is the introduction of Tito, the anxiety mosquito. After season 2, I wrote an article about how much I’d love to see the show explore more emotions/states of being via the Puberty Department. Changing this character from an armadillo to a mosquito was top-tier genius, and I’ve already started using the phrase “I’ve got an anxiety mosquito” on a daily basis.

This show puts issues with mental health into a context that’s visual and easy to understand, and even though I’m a pretty self-aware person who goes to therapy regularly, Big Mouth has taught me some important lessons and forced me to look at situations in new and interesting ways.

And the best part is that this show doesn’t pull any punches. The first episode is about trans rights, and all the highs and lows that come with having those experiences. We meet Natalie (voiced by Josie Totah), who explains how she figured out she was trans and what it’s been like to be out in front of her friends and family.

She has difficult waters to navigate as she’s confronted with questions a lot of trans men and women face, but she does it while staying true to herself. I can only imagine how incredible it must be to watch this show and see a part of yourself in Natalie. In equal measure, maybe seeing this storyline will also help some of those parents out there who are struggling to understand what their kids are going through. 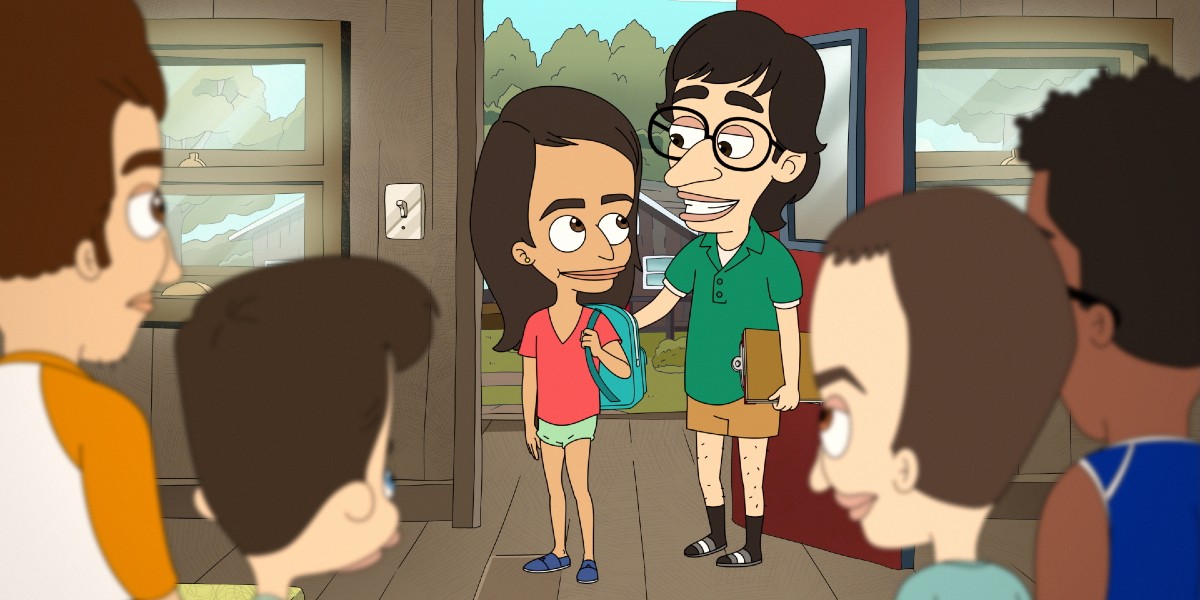 The other highlight of Big Mouth season 4 is the few episodes dealing with DeVon and Missy’s stories. Earlier this year, Jenny Slate stepped down from her role as Missy’s voice actor, citing flawed reasoning in taking the role to begin with. Ayo Edebiri, a Black woman, has replaced her.

But instead of shying away from the change in voice actors, the show made it part of Missy’s storyline. When she visits her cousins in Atlanta, she realizes that she hasn’t embraced her culture as a Black girl. She changes her hairstyle, learns more about what it’s like to be Black in America, and embraces the new version of her self (at which point Edebiri takes over).

This narrative also comes with an incredible song from DeVon about code-switching, as well as shows Missy confronting both her white mom and her white friends about their perception of her. Missy still has a lot to learn about herself, but I’m so excited to see what season 5 brings for her character.

While I certainly have my favorites, each character shines in their own way, bringing something special to the table. This year, Jay and Lola surprised me the most–perhaps because I typically don’t love their storylines.

Then again, that’s part of what I find so interesting about this show: Every character has a purpose, and each one is three-dimensional. They exist to teach us something, and even Jay’s outrageous character brings with it a lot of emotion and heart.

Suffice it to say that Big Mouth season 4 hit all the right notes for me. I’m excited to see how this show continues to develop, and I’m especially excited to see what the spinoff Human Resources will add to this universe. 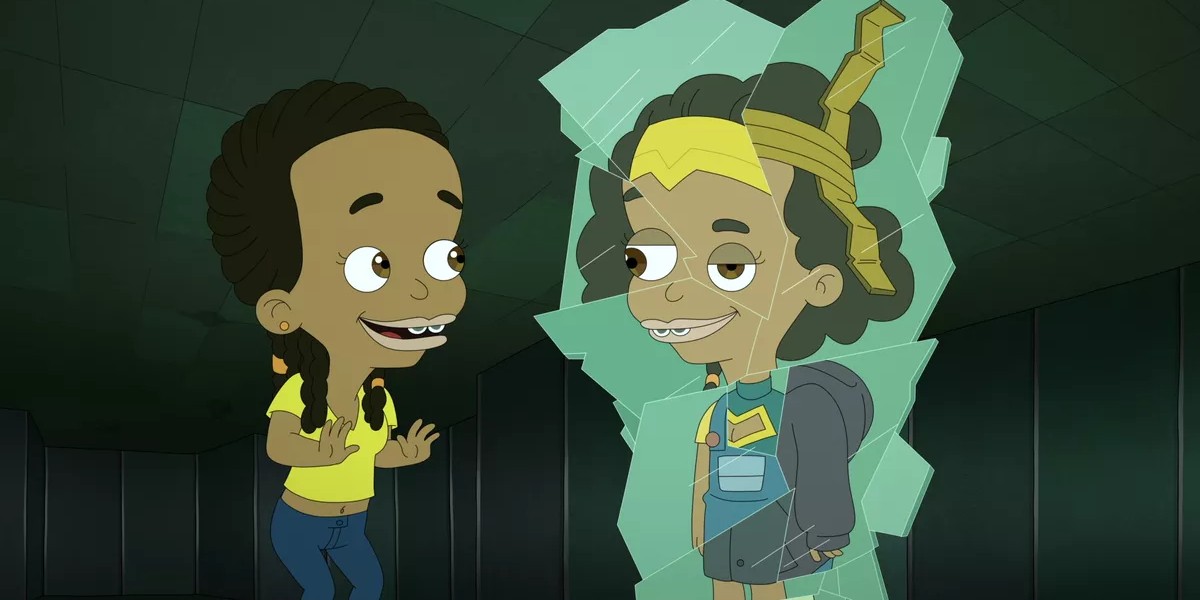 Jack Black is the latest big name to join the cast of Lionsgate’s Borderlands adaptation.

‘Brooklyn Nine-Nine’ season 8 to be its last

Prepare to bid farewell to Brooklyn Nine-Nine. The hit comedy series will officially be coming to an end after season 8.

Taylor Swift fans won’t have to wait long before they can experience the singer’s new version of Fearless.

The characters of Riverdale are all grown up, and they’re a lot different than we expected.