Celebrating the six: Thor’s best moments in the MCU

Avengers: Endgame draws near and the original six are gearing up for one final showdown (and this time Thor’s invited!). Before they do, we’re counting down the top five Thor scenes in the MCU, so far.

Thor Odinson, Point Break, Stronger Avenger (of our hearts). The Asgardian legend takes the mantle as the Avenger most likely to wink at you while taking down an entire enemy battalion. But don’t let his god among men persona fool you. Thor is a compassionate, sensitive, and fiercely just man. Sometimes his moral compass points him a bit off course, but when the call comes, you can bet that Thor will answer.

The nine realms have many troubles and the squabbles of Midgard do not demand much of Thor’s attention. It is only when his father banishes him that he realizes the beauty and wonder that exists in the realm. Sure, most of it was in the form of Jane Foster, but also the collective team of Erik Selvig and Darcy Lewis.

His introduction to the team arrives only after chasing down his brother, Loki, in The Avengers. Following the events of The Dark World, Thor takes a sabbatical from Asgard, choosing instead to spend his days on Midgard playing with his new friends while Jane works as one of the world’s leading astronomers. There is beauty and wonder and a reason to defend this realm.

But something bigger approaches and draws his attention back outward. Thor’s sense of duty extends far and beyond to protect the greater expanse of the universe (not unlike another hero we recently met). So, as we see him depart Earth in Ultron in search of the Infinity Stones, we also see him set course on a journey of deception, loss, and grief that, not unlike our other heroes back on Earth, begins to consume him.

Here’s to Thor, the Avenger who embodies all the best that the MCU has to offer — humor, strength, and bravery.

5. Thor speaks with Odin in ‘Ragnarok’ 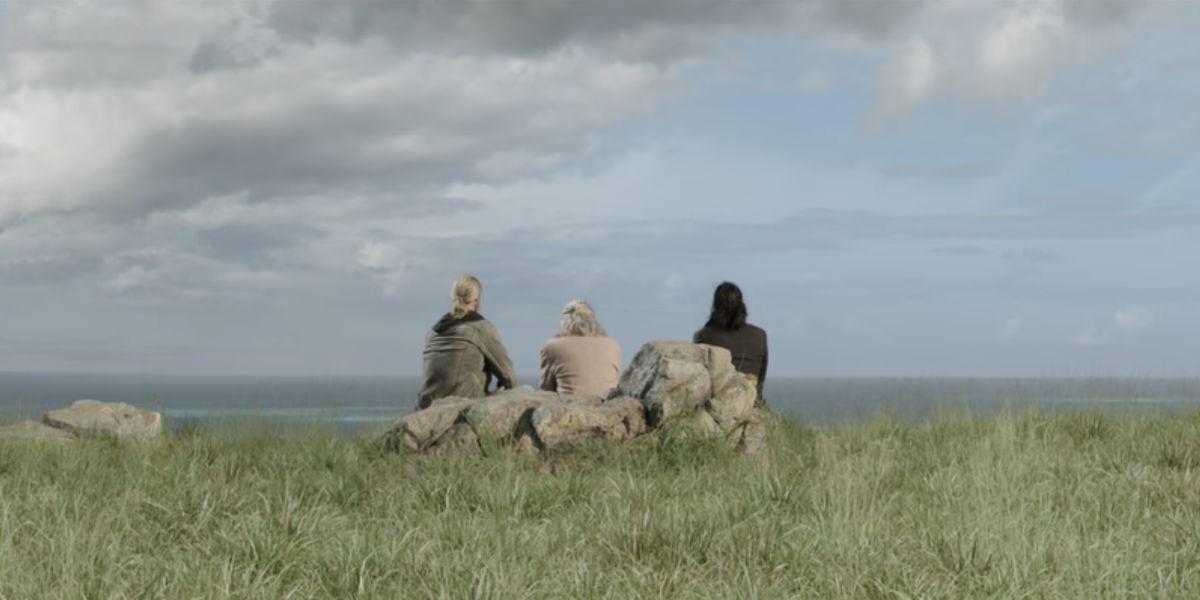 If you think Loki and Thor have issues, imagine being a family counselor between Odin and Thor. As Hela beats Thor to a pulp in Ragnarok, it is only then that Thor finds it in him to grow beyond his connection to his hammer. The hammer channeled the power inherent in Thor, but it is this moment where he faces Odin once again where he fully embraces the Odin Force, bestowed only to the true ruler of Asgard.

Thor embraces his destiny here, returning to fight as one who is truly worthy to lead Asgard through the next difficult time of their existence. Of course, it is short-lived, but that title, and the power that comes with it, will be plenty useful in Endgame.

4. Jane and Thor discuss science and magic in ‘Thor’ 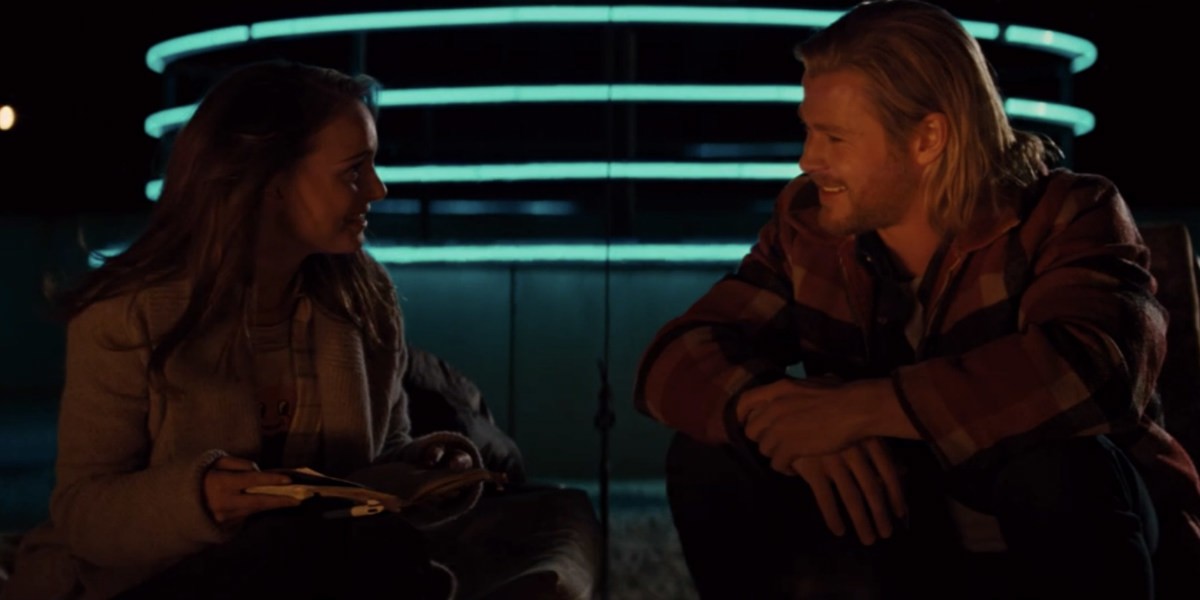 The first Thor-centric film does not so much tell an origin story of the god, for that we would have to go back 1500 years.

The premise: What would happen if you take Asgard’s golden boy and tossed him to Earth without so much as a hair tie to keep his beautiful locks in place? However, this movie does do the legwork to set him both apart and unify him with the beings of Earth. It is most evident in his scene with Jane Foster as they sit by the fire. Thor returns the single notebook he could slip away from S.H.I.E.L.D. after he thanks her for continued kindness in the face of his adjustment to the world. He returns the favor by giving her insight to what lies outside of her field of vision on Earth — the Nine Realms.

He cements her belief with a story of the World’s tree, that science and magic are one in the same. It’s a marriage of their worlds that brings Thor closer to Earth and propels Jane’s mind to reach further. He is a driver of passions. If the team wants glory and honor, he’ll find a battle. If Jane wants to reach the stars, he’ll do what he can to take her there.

3. The Birth of Vision in ‘Avengers: Age of Ultron’ 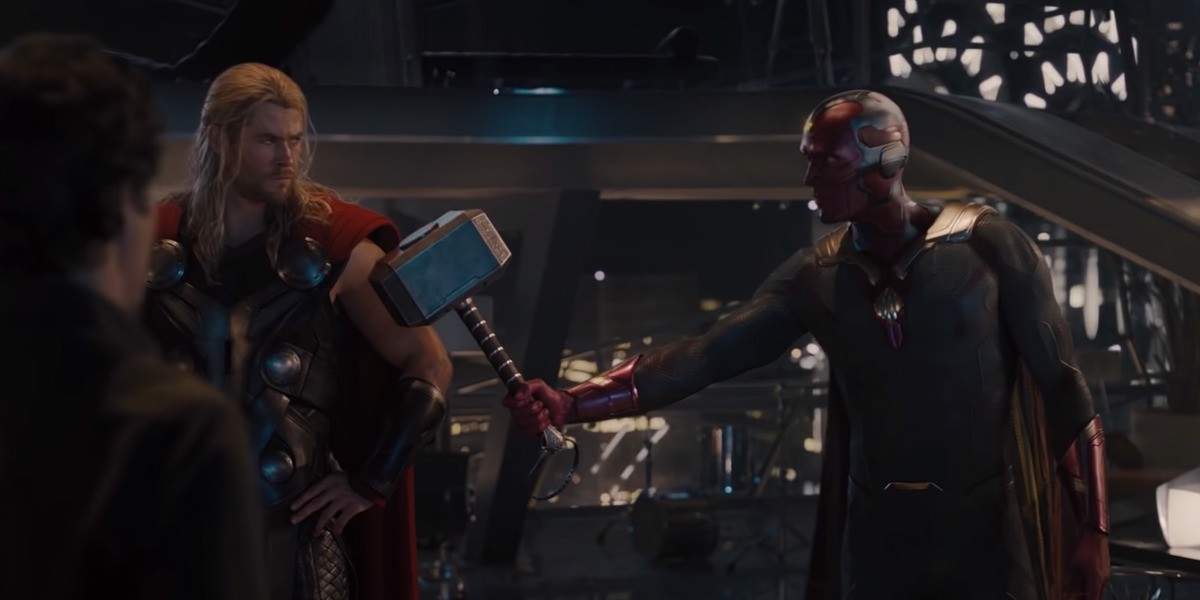 Once you get your groaning over with at the sheer mention of Age of Ultron, I’d like to call your attention to a specific moment — the birth of Vision. Over the course of Thor’s appearances in the MCU, we’ve come to acknowledge that our dear God of Thunder is a man of action, not debate. Perhaps that is why he was not invited to participate in Civil War.

Though it could be seen as one of Thor’s weaker qualities, this moment highlights why Thor needs a group of people who are not caught up in their own heads. With Lady Sif and the Warriors Three, Thor had a sounding board, people who would push him around and poke holes in his plans, as we see in the strategic session in The Dark World. Against Tony and Steve, Thor has no dog in the fight between the heroes of Earth. So when he arrives to complete the casing of the Mind Stone, it is with the greater vision of the universe driving him to do so.

His actions are impulsive and driven by his emotional response to revisiting his dream state in the Waters of Sight. The Vision is essential to defeating Ultron, but also something bigger that he has not quite figured out yet. Also coded in this moment is his connection to Mjølnir, an object that signifies his worthiness, and a symbol of great destruction and power. In this moment the hammer also becomes a tool with which Thor can create and a symbol of humility as Vision hands it back to him.

A battle between the two landed on the cutting room floor, but in the aftermath of Vision’s birth, Vision eyes Thor over, perhaps acknowledging their shared power that sparked his vibranium body to life. But a connection remains between the two as the movie carries on, of mutual respect and teamwork, in their matched power.

2. Rocket and Thor chat before arriving at Nidavellir in ‘Avengers: Infinity War’ 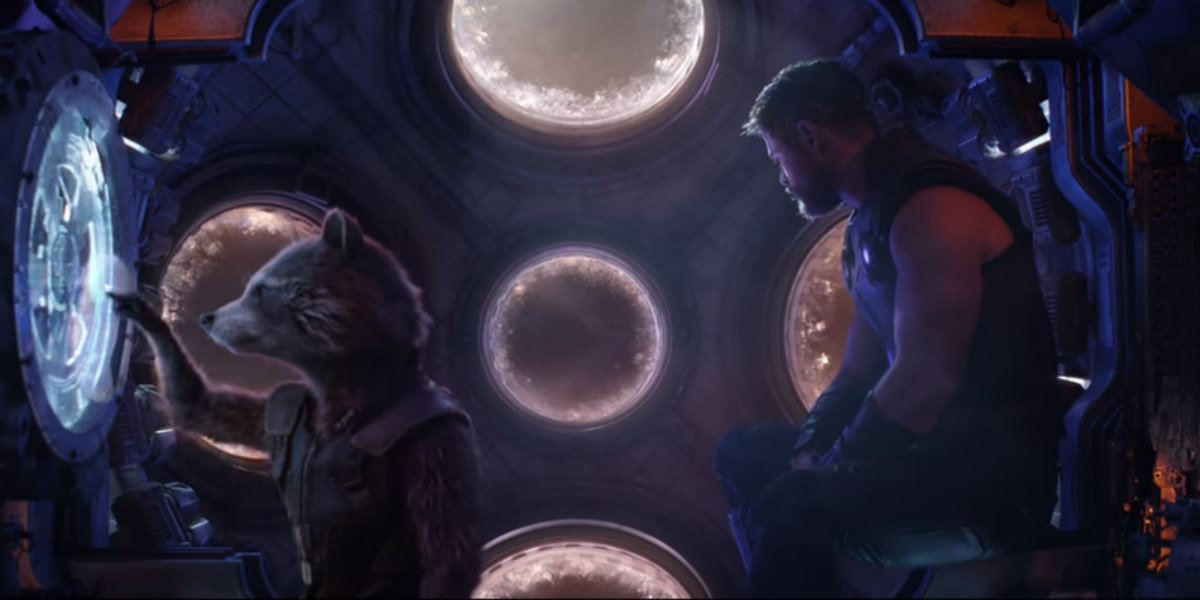 Which brings us to Infinity War. There are not many opportunities granted on film for grief to settle. What with an axe to forge and a battle to fight, there isn’t exactly time. Thor is driven back to Earth to avenge his people and his brother. Teaming up with Rocket and Groot to get Stormbreaker is the only logical move to keep going forward. There is nothing left for him but pain, blood, and regret, no sense dwelling on the past. Plus, he is not exactly in the mood for a contest with Quill.

But Thor finds a spare moment to absorb the full weight of Thanos’ arrival and what has been taken from him as a result. While he tries to lace his response to “Rabbit” with the humor we’ve come to love from Ragnarok, Thor can barely produce a sparkle of optimism. As he says, through a broken smile, rage and vengeance, anger, loss, regret are all great motivators.

But something else shifts here as he places his life in the hands of fate. Thor credits his continuing life to fate, and if the fates want him to fight Thanos again and survive, he will. Thor is the ultimate supporter, but to see someone entirely in his corner looking out for his well-being and asking if he is up to continuing onward towards Thanos — that is not something the Son of Odin is used to accepting.

In some way, this small extension of kindness from Rocket burrows itself inside Thor. I bet it will come back again in Endgame. 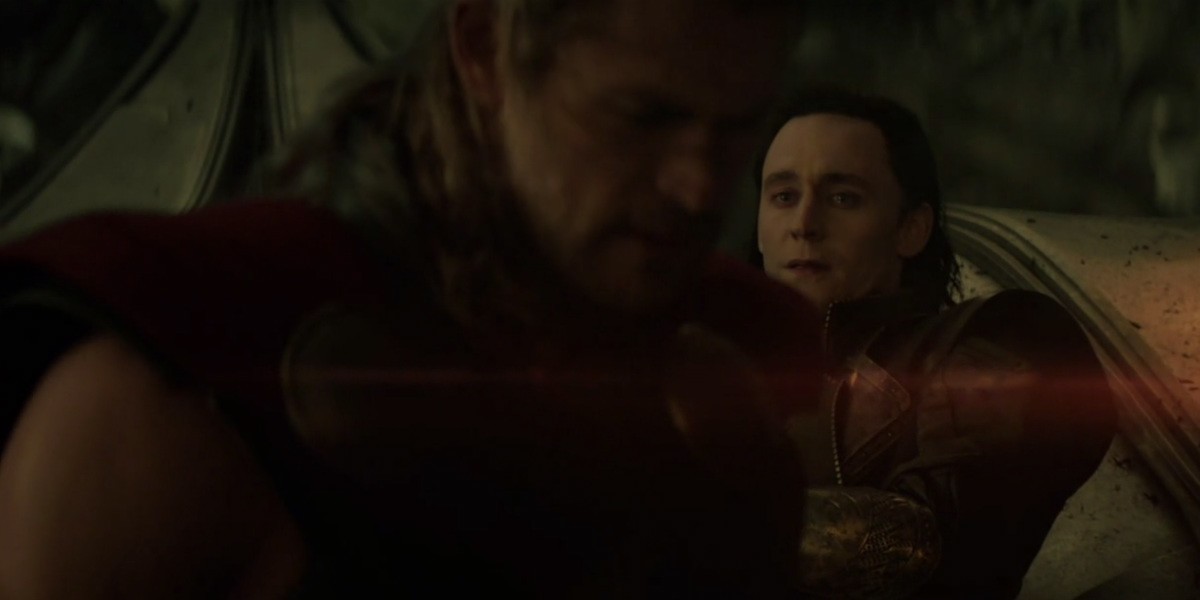 Thor: “She wouldn’t want us to fight.”

Thor and Loki have quite a few heart-to-heart moments over the course of their time together in the MCU, but the conversation they have before the final showdown in The Dark World is perhaps the most poignant. The sons of Odin are riddled with longing — for a better relationship with their father, for the return of their mother, for constant desire to feel safe and trust each other.

The conversation as they journey to face Melekith reveals all the layers of their shared history. Loki attempts to reason with Thor, talk him out of acting with his heart over his head. But what could be construed as a bit of tough love is taken as yet another attack by the younger trickster. Always relegated to the shadows, or in this case a cell, Loki’s anger pales in comparison to Thor’s boisterous rage. Loki will, for better or worse, always yield to Thor.

And as the conversation becomes ever more heated, a patch of common ground between them — Frigga’s love — provides a path to a truce. The tension
is diffused with a laugh, but Thor’s final point drives their relationship home. Thor wishes he could trust him, an echo we see and hear multiple times in Ragnarok and again in Infinity War. These two are never going to see eye-to-eye, but there is a fraternal bond that cannot be broke between them, no matter how hard Loki tries.

BONUS! Thor doesn’t get invited to the big showdown, gets a roommate instead

While the boys and girls are off in airports throwing planes around, Thor decided to take a holiday and live among the locals of Australia, namely Darryl Jacobson. He works on his drawings, learns about the wonders of electronic letters, and tries to map out what the Infinity Stones are, essentially keeping the MCU moving in the process. While that’s all great, the others could have at least sent a raven… you know… if they cared.

What are your favorite Thor moments from the MCU, so far?