We use cookies to ensure that we give you the best experience on Hypable. If you continue to visit us, we will assume that you are happy with it.
6:00 pm EDT, August 20, 2020

Depending on who you ask, Mortal Kombat (1995) is either one of the worst movies of all time, or one of the best video game adaptations ever created. We (and by we, I mean me, this writer, right here) happen to have a soft spot in our hearts for the film that pits a couple of regular guys and gals against an evil emperor and his equally as evil sorcerer.

With a new Mortal Kombat on the horizon, we can’t help but revisit the original in anticipation of a reboot that bound to knock the socks off of fans and newcomers alike.

So, what are you waiting for? FIGHT!

Admit it, you just said it like they did during the title sequence. There is nothing quite like that intro music to get you pumped for the movie you’re about to see. The theme is a classic at this point, and no matter what you think of the film, you have to admit this is a pretty great song.

‘I only trust one person, Jax, and you’re talking to her.’

Sonya gets one of the best introductions in the movie. Smart, strong, and determined to get the person who killed her partner, Sonya Blade is not a woman you want to cross. Her obsession with capturing Kano is what got her into this mess to begin with, but she gets her revenge nonetheless.

‘If you so much as touch her, Kano, you’re going to need a seeing eye dog.’

That Shang-Tsung is a wily one, isn’t he? Kano is unhinged, but even he knows not to mess with the Emperor’s sorcerer. Shang-Tsung has a plan for all the mortals participating in the tournament, and he’s not about to let someone like Kano ruin it.

‘Spare him, my Lord Raiden. American life has enfeebled his mind. Too much television.’

Nothing like a little irony. Liu finds himself without faith in the beginning of the movie, filled with revenge and hatred for the man who murdered his brother, but he’ll need to tap into a lot more than just his rage to fight Shang Tsung, and Raiden knows it.

Everyone gets a good introduction in this movie, but it isn’t until we meet Johnny Cage that we become aware of just how funny this film is going to be. Johnny knows how to bust a move even if the rest of the world doesn’t believe him. Better yet, a couple of lines from this scene come back later on for even bigger laughs. 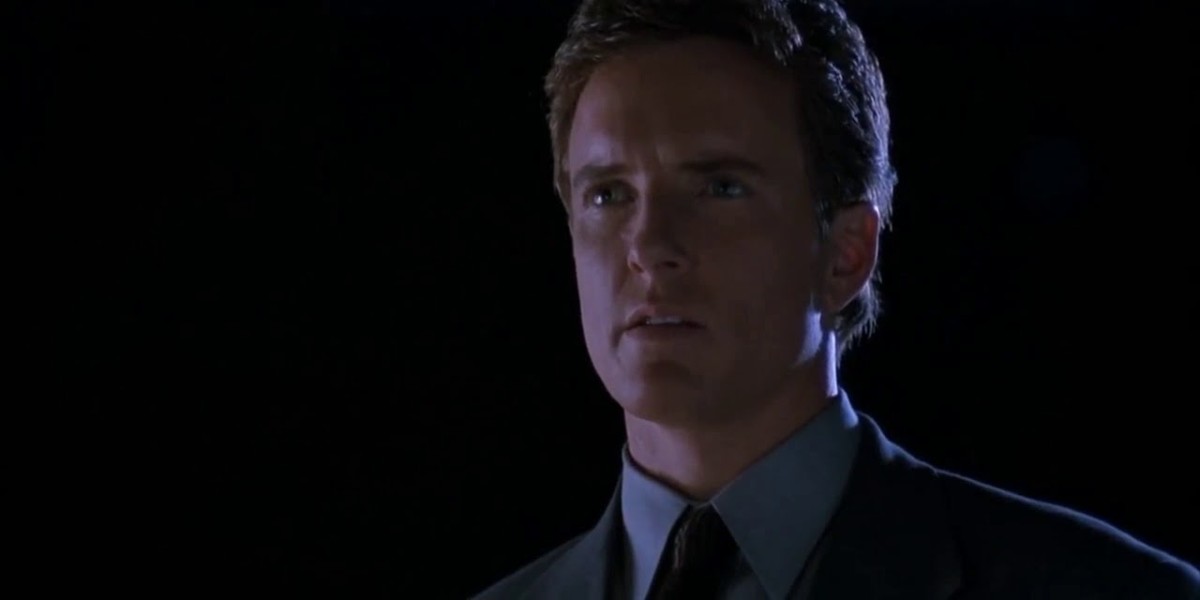 ‘When I want backup, I’ll radio for it.’

While she ends up being the damsel in distress by the end, Sonya’s character comes out of the gate swinging. Johnny and Liu continuously try to protect her due to some weird, misplaced sense of chivalry, but Sonya can clearly handle herself. And she doesn’t appreciate anyone thinking otherwise.

‘We got a guy with things comin’ out of his hands, we got another guy who freezes stuff, and then there’s a man, who as far as I can tell, is made out of electricity. I mean, how did he disappear like that? What is goin’ on here? WHO IS THIS GUY?’

Johnny Cage is nothing if not honest, and he has no idea what’s going on. Getting on the boat and sailing to an island for Mortal Kombat started a series of revelations. Fighting to the death is bad enough, but when your opponent can shish kabob you too? It’s a little much.

‘I have looked into their souls… and yours. One of you three will determine the outcome of the tournament. The fate of billions depends upon you. Heh, heh, heh! Sorry.’

Raiden isn’t without his own sense of humor, even if it comes at the most unfortunate of times. He means well, but he’s got to keep it light. After all, he was telling the truth. He may be a god, but he’s completely powerless against the rules of Mortal Kombat, and he’s putting all his faith into three complete strangers.

‘Where the hell are we?’
‘Do I look like your travel agent?’

Sonya and Johnny Cage’s banter also keeps the movie light. After all, they just rode a dragon boat across the ocean in the middle of the night and ended up on some remote island with no access to the outside world in order to join a tournament where there’s a good chance they’re going to die. You know, just a typical day.

Now we’re getting into the first of a surprising amount of homages to the Mortal Kombat video game. It may also be the only true instance of flawless victory in the movie, despite what both Shang Tsung and Liu Kang say later on. Still, Sub Zero’s ability to shatter a dude into a million pieces is impressive, and he definitely deserves the win. 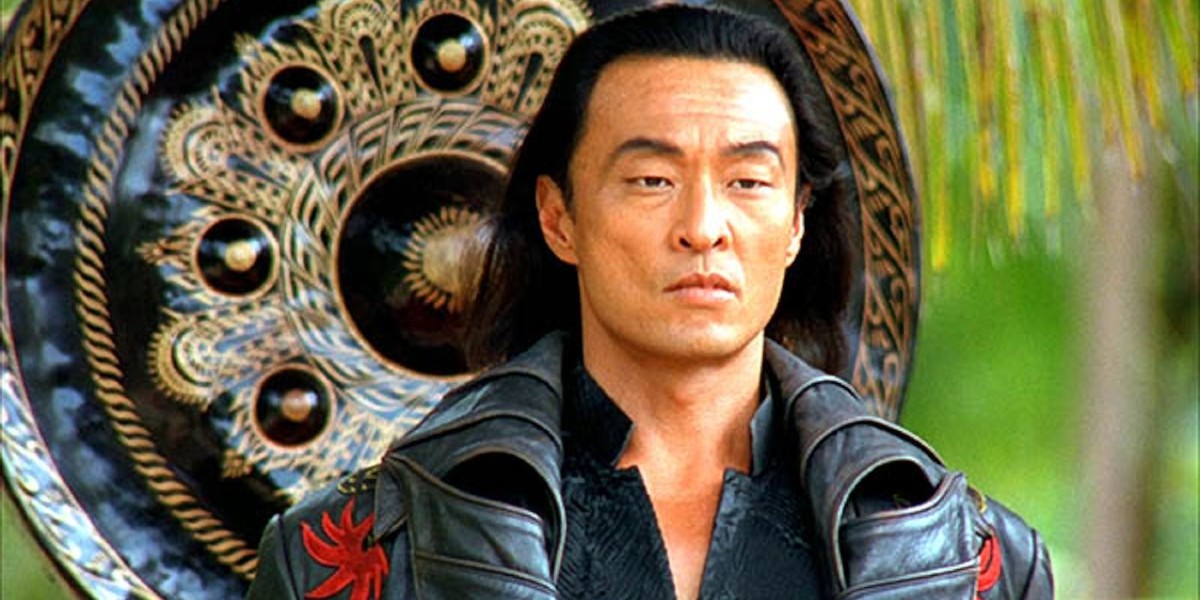 ‘Come to a little tournament, he said. Be good for the career, he said.’

Johnny, haven’t you figured out that was Shang-Tsung all along? The sorcerer knows how to pray on a person’s fears, and Johnny is terrified of being swept under the rug like some hack. But the press needs to put some respect on his name. He knows what he’s doing.

‘Your soul is mine!’

Cary-Hiroyuki Tagawa has one of the most expressive faces in the industry, and he puts it to good use as Shang Tsung. This is one of the most memorable Mortal Kombat movie quotes from the movie, and it’s because Shang Tsung looks so incredibly frightening as he utters it.

No one is messing around in this tournament. In the first real fight of Mortal Kombat, a combatant (kombatant?) loses his life. It lets you know right from the start that there’s a good chance you won’t be going home, and even if your opponent isn’t the one to kill you, Shang Tsung will be sure to finish the job. Besides, this is one of the must-have Mortal Kombat quotes.

It’s so satisfying to see Sonya go up against a brute like Kano. He’s cruel, savage, and repulsive, not to mention he was the one to kill her partner. He may be bigger than she is, but that doesn’t stop Sonya from pulling out a few punches he wasn’t expecting.

He sort of walked right into that one, didn’t he? This comes from the same scene as above, but we just had to include it. Talk about satisfying. Sonya seems to be down for the count, but then she brings out her leg grab (one of the character’s special moves right from the game!) and takes Kano out. 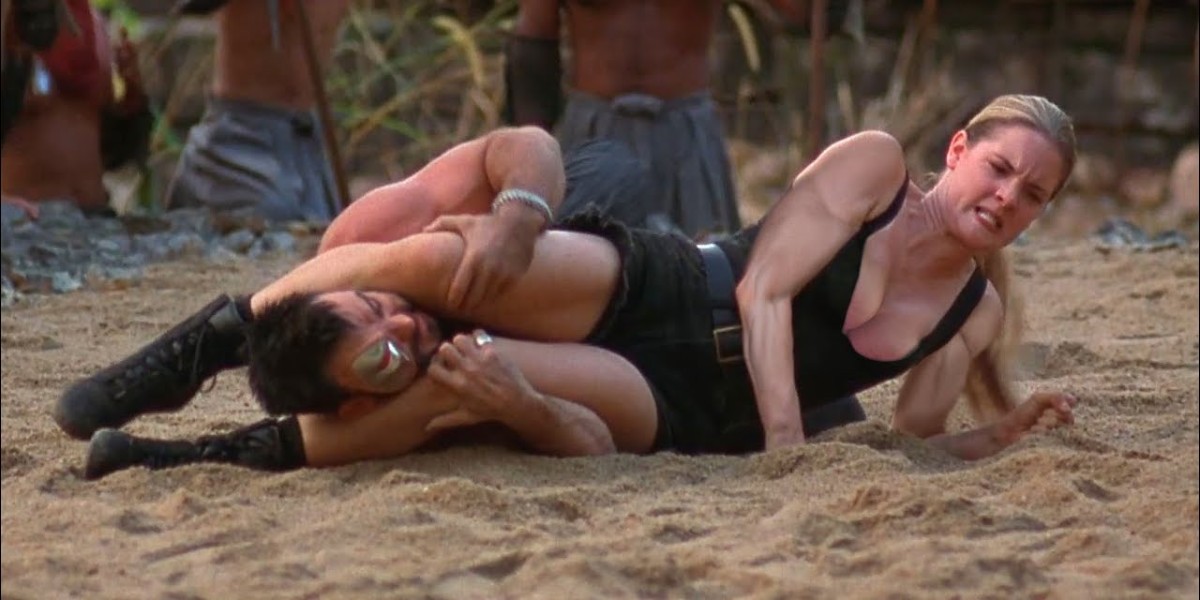 You cannot have Scorpion in a Mortal Kombat movie without having him utter his signature line. In a cool fight with Johnny Cage, Scorpion not only shows off his fighting skills, but we get multiple looks at his spear attack.

‘Use the element which brings life.’

This line might not be as iconic and some of the others, but it’s a turning point in the movie. Kitana is helping the mortals to defeat Shang-Tsung, and it allows Liu Kang to take down Sub-Zero, who is a formidable opponent. While I would’ve loved if Kitana had a larger role (and more action) in the movie, you can’t deny she’s got that regal air of a 10,000-year-old immortal down pat.

This line if uttered throughout the film, but when Shang-Tsung tells Goro to finish off Art Lean, we get a feel a real sense of loss for our heroes. Under any other circumstance, it would be so satisfying to win the fight using some sort of special combination of moves. But since it’s Goro, we just kind of want to get it over with. Still, it’s another one of those Mortal Kombat quotes that we love to hear.

‘I made a choice. This is our tournament, remember? Mortal Kombat. We fight it.’

The heroes are learning, and Lord Raiden is proud. You wouldn’t think Johnny Cage would be the first one to understand what this tournament means and how seriously they should take it, but that just adds to the growth of his character over the course of the movie.

A personal favorite line that always gets a chuckle, this one comes as Goro smashes Johnny’s glasses right before their fight. But don’t worry, Johnny gets his revenge. 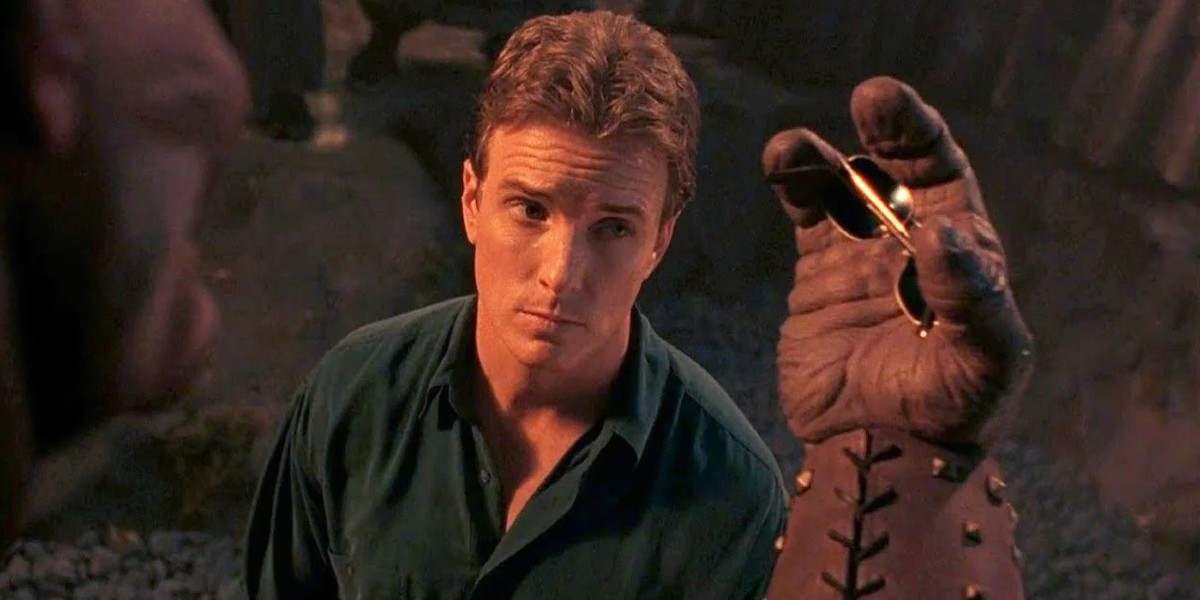 ‘This is where you fall down.’

The reprise of this line definitely hits the mark. At the start of the movie, it was a funny wisecrack to one of the stunt fighters on Johnny’s move set. Now, it’s more appropriate than ever as Goro slips and Johnny Cage, of all people, is the one to beat the former reigning champion.

‘You’ll fight me. I am Liu Kang, descendant of Kung Lao. I challenge you to Mortal Kombat.’

This is it — this is when things get real. Liu has accepted himself, the fight, and his destiny. Shang Tsung did everything in his power to avoid this particular conflict (what a coward), but he can’t avoid a direct challenge to Mortal Kombat. Let the fight begin!

‘You can look into my soul, but you don’t own it.’

Shang Tsung has been pulling out all stops up to this point, even bringing to life ancient warriors to fight in his stead. But Liu Kang defeated every single one of them, and while the emperor’s sorcerer may be able to conjure Liu’s greatest fears, it still won’t be enough to defeat him.

‘All those souls and you still don’t have one of your own. I pity you, Sorcerer.’

Shang Tsung does have a lot of power, but he doesn’t have a fraction of the heart Liu Kang does. At the end of the fight, you can see the sorcerer getting desperate and sloppy, and Liu takes full advantage of that. He’s no longer blinded by his thirst for revenge; rather, he knows he must defeat his opponent in order to save his world.

Raiden may be a god, but he’s not all-knowing. Or is he? That Lord Raiden has a funny sense of humor, and we wouldn’t be surprised if he did have an inkling of what was going to happen. Either way, he stayed calm and cool the entire tournament. #flawlesshair 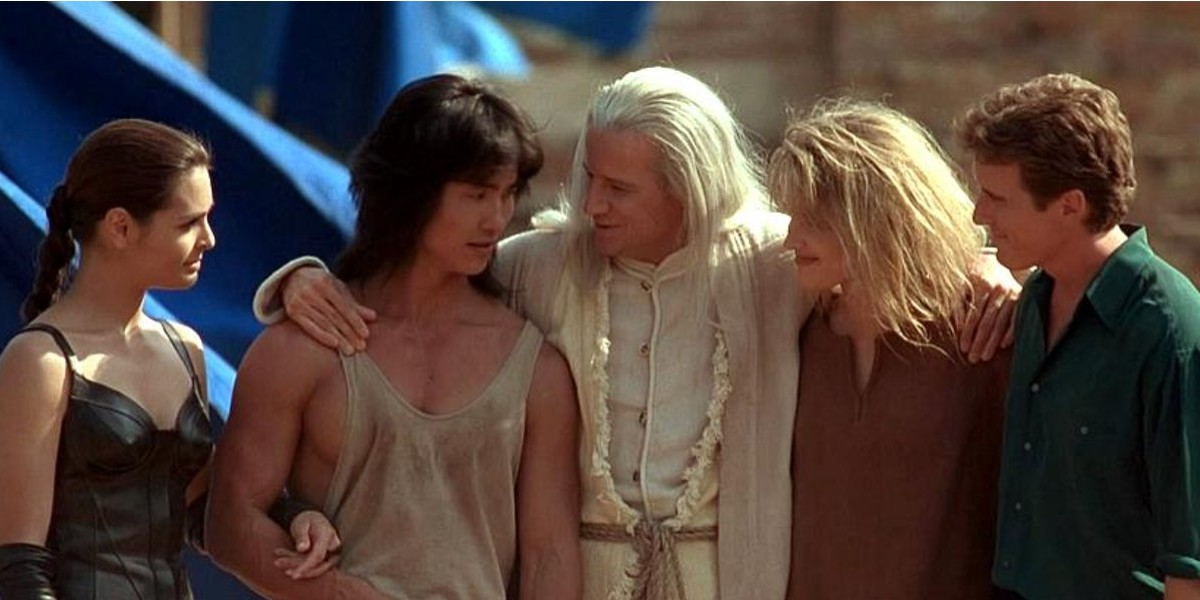 What do you think is the best ‘Mortal Kombat’ movie quote?