We use cookies to ensure that we give you the best experience on Hypable. If you continue to visit us, we will assume that you are happy with it.
5:00 pm EST, March 8, 2019

If you’ve ever had a doubt that the best Kingdom Hearts game is KH2 then we can’t be friends.

The Kingdom Hearts games are a lot to take in. You’re pretty much thrown to the wolves in the first game, with little point of reference as to what’s going on other than “Ooo I like this Disney world.” There’s darkness, a world order, and confusion.

Lining the pieces up

For anyone that skipped over Chain of Memories, jumping into KH2 was a confusing mess. Why was Sora sleeping in a pod? Who is Naminé, and why aren’t we starting off the game playing as Sora? Most importantly, where did the entire year between KH1 and KH2 go?

'Kingdom Hearts' games ranked from least to most confusing

However, if you did play through the offbeat card-based battle GBA game, you were in for a treat in KH2. The exciting finales of both KH1 and Chain of Memories pay off almost from the get-go in KH2 in ways that have yet to be achieved in another Kingdom Hearts game since. The Organization XIII battles were the icing on the cake of one of the tighest JRPGs to hit the scene since Final Fantasy VII introduced Cloud, Sephiroth and Aerith on the PlayStation 1. 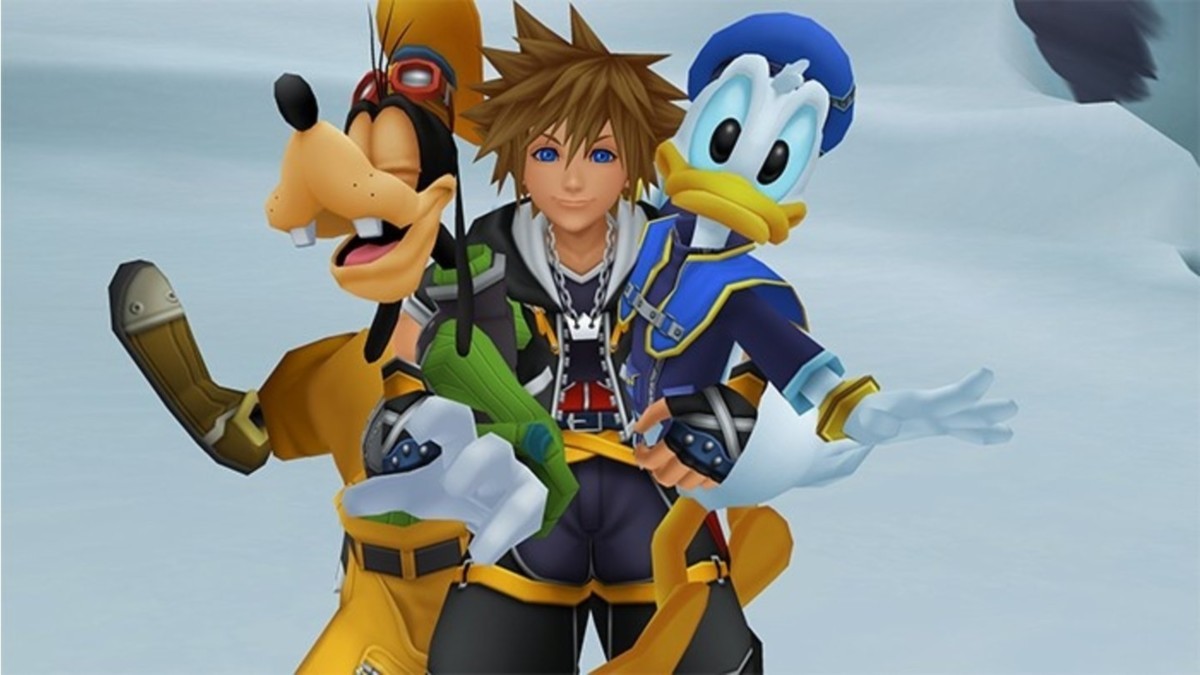 Kairi has been in wait for Sora and Riku, but at least she has been kept safe from the commands of Darkness. Riku fought with Roxas, and is looming around Sora as the spikey-haired protagonist searches for his best friend. Mickey continues to have the active role that he commanded in Riku’s side of Chain of Memories, giving Riku’s goodbye to Sora when Mickey locked the Door to Darkness a lingering emotional power.

KH2 is the payoff of the worldbuilding of KH1 and CoM. As I stated above, it is a tall order to jump headfirst into the Kingdom Hearts games. At that, KH2 recognizes this, and says to the player, “Here, we’ll give you all that you were asking for, and then much, much more.” Perhaps the height of the series was in KH2, making any later and still excellent titles in the series pale in comparison.

Running this all back to King Mickey’s influence past KH1, KH2 gives him some of the heavier emotional beats in the awe-inspiring mid-finale. The Radiant Garden battle of 1,000 Heartless is the culmination of Sora, Donald, Goofy, and Mickey’s frustrations as they climb the uphill battle against the forces of Darkness. Beaten down but maintaining resilience, the knights of Light took down Organization XIII’s Heartless army, furthering their cause in protecting the worlds from Xehanort’s evil doings. What’s important to note here is the “mid-season finale.” KH2 is unique in this, with KH3 lacking this surprising but important element. See, when the player has a check-in to the main story halfway through, they are more driven and inclined to race to the end of the game with newfound vigor. Checking in with players to let them know that “Yes, there is a larger picture here” keeps the story tight and moving.

The drive to fight

The combat in KH2 is easier than it is in many other titles, but it is a helluvah lot more fun than it was in KH1. KH1 is clunky and has unbalanced fights, with you always feeling the need to grind (which, yeah, it is a Square JRPG, so it comes with the territory). KH2, on the other hand, decided to take combat, speed it up a lot, and add in flashier battle effects. In particular, the combat elements that stand out are spells like Magnera, the combo finisher Explosion, and, of course, the oft-talked-about triangle commands.

In terms of KH2 having combat that is both more fun and interesting than the other titles in the series, the Drive forms need to be mentioned. They brought in a new element wherein Sora absorbs the power of his party members to transform into a Dragon Ball Z-like form of himself. The forms were all unique and interesting, and yielded an interesting means of grinding via both the level up abilities they had, and the specific means that they required you to level up under. In terms of flash and fun combat, KH3 nearly has KH2 beat, but without KH2, the third numbered entry in the series wouldn’t have had such a firm ground to stand on.

With Kingdom Hearts 2 being the best Kingdom Hearts game, I’ll mention now that this isn’t coming from a rose-tinted nostalgia standpoint. I’ve played through the critical mode on the re-release for PS4, and I found myself loving the game all the more. The story, filled with intrigue and a specific drive, mixed in with the flashy and well thought out combat, make for the perfect formula of what a Kingdom Hearts game should be. Maybe it hit at just the right time, or maybe it was a bit of luck, but the overall picture of KH2 makes it a clear winner in terms of which Kingdom Hearts game is the best one.

What do you think is the best Kingdom Hearts game?