Like Arthur Conan Doyle and Jane Austen’s tales, Agatha Christie’s stories are timeless. All three of these prolific authors have had their books adapted many times over, and their characters have lived on in infamy as a result.

For Christie, Hercule Poirot and Miss Marple are a testament to her ability to create long-standing, memorable characters. Each has been portrayed by dozens of actors over several generations, with everyone bringing something new to the role.

But it isn’t just Christie’s characters that have made an impact on literature and pop culture as a whole. Her most beloved novel, And Then There Were None, has been adapted nearly a dozen times, with the most recent one heading to the big screen in the next year or two.

If you enjoyed the recent Murder on the Orient Express adaptation, or any of the BBC mini-series like The ABC Murders and The Pale Horse, then you should know this is just the tip of the iceberg.

If you’re looking for the best Agatha Christie movies and TV shows, then look no further! We’ve collected the most highly-watched and highly-rated adaptations according to IMDb and have provided a little guide to each one below.

This is the first adaptation of And Then There Were None, but, as we said earlier, it certainly wasn’t the last. Regardless, it remains one of the most popular versions of this story, which tells the tale of a group of eight people who arrive on an island, only to be accused of murder and then slowly killed off one by one. 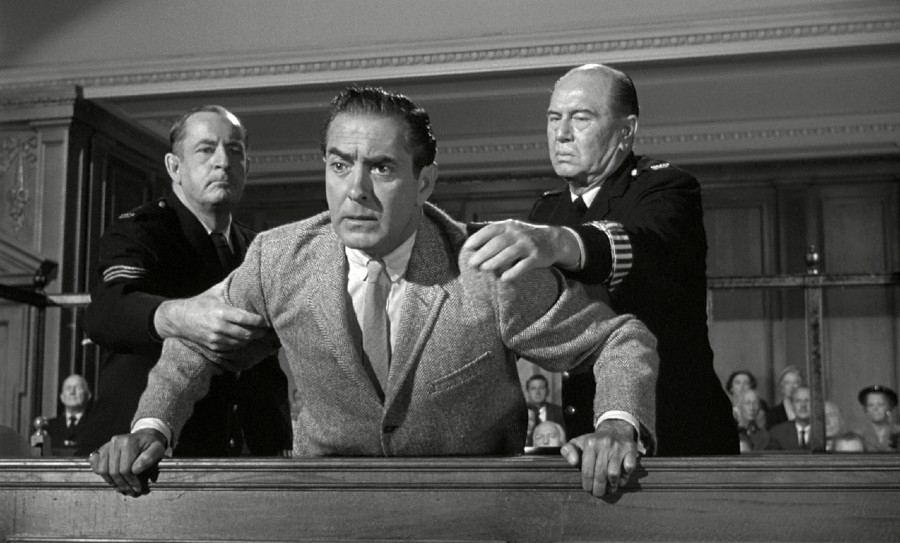 Based on the play by the same name, this adaptation is a courtroom drama following the story of a man accused of murder.

This is also the first adaptation of this story, and it was nominated for six Academy Awards. Production was so adamant about keeping the ending a secret, they didn’t even give the actors the final 10 pages of the script until they were ready to shoot.

This was the first film adaptation to feature Christie’s famous Miss Marple, an elderly spinster who acts as an amateur consulting detective. This film was an adaptation of 4.50 from Paddington, in which Marple solves the murder of a strangled woman, much to the chagrin of the local authorities.

(And yes, while Murder, She Wrote is not technically an Agatha Christie adaptation, it certainly drew inspiration from this title and the character of Miss Marple.)

This film was a sequel to Murder, She Said, as well as a loose adaptation of After the Funeral, in which they replace Poirot with Marple and suspense with comedy. Dame Margaret Rutherford once again reprises her role as the little old detective who helps solve yet another murder.

Finally, we have the third film in this series with Murder Most Foul, which draws its title from a line in Hamlet.

It is an adaptation of Mrs. McGinty’s Dead (another Poirot novel), where Miss Marple is the lone holdout in a trial against Harold Taylor, whom everyone thinks is guilty. There is one more movie in this film series, Murder Ahoy!, but it was based on an original script. 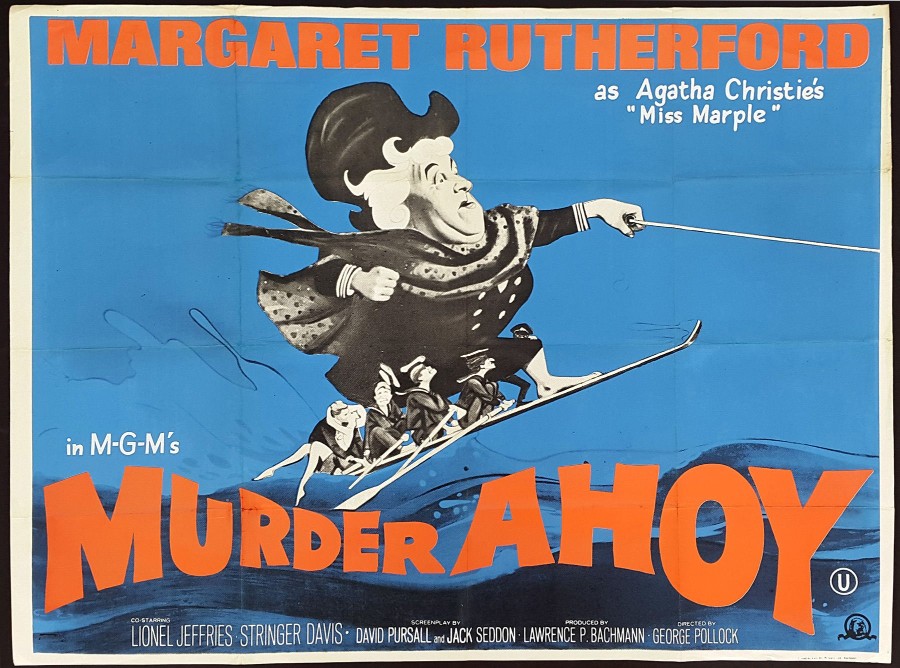 Though it’s not as widely-rated as the 2017 adaptation, this version of Murder on the Orient Express from 1974 is one of the best Agatha Christie movies, where Ingrid Bergman won Best Supporting Actress at the 47th Academy Awards for her portrayal of Greta Ohlsson.

This is another Poirot mystery in which the world-famous detective must solve the murder of a man who tried to enlist his services as a bodyguard just the night before.

Though the most recent adaptation of Death on the Nile will see Kenneth Branagh reprise his role as Poirot from Orient Express, this 1978 adaptation sees Peter Ustinov replace Albert Finney as our favorite Belgian detective. This film is a must-see, as it stars Maggie Smith, Angela Lansbury, Bette Davis, and Mia Farrow, among others.

Peter Ustinov once again stars as Hercule Poirot in this locked-room mystery based on the novel of the same name, where he must solve a murder inside a hotel. Maggie Smith also makes an appearance (though, as a different character), as did Jane Birkin.

Though this film only has a middling rating, it is by far the most-rated film and one of the best Agatha movies on this list.

Though the cast is certainly a large draw, the film has been criticized for not adding anything new to the story.

Though it also has a stellar cast in Max Irons, Terence Stamp, Glenn Close, Gillian Anderson, and Stefanie Martini, Crooked House didn’t get the wide release or acclaim that Orient Express did. Private Detective Charles Hayward leads this film, which is based on the Christie novel of the same name.

You may also want to check out The Passing of Mr. Quinn (1928), as this is the first-ever Agatha Christie adaptation (based on The Coming of Mr Quin), as well as Alibi (1931), which is the first film to feature Poirot (played by Austin Trevor).

And, of course, make sure you don’t miss out on Death on the Nile (2020). As of right now, it is still slated for October 2020, though it’s possible that COVID-19 concerns could push back the film’s release date.

A collection of 10 hour-long dramas based on short stories by Agatha Christie, The Agatha Christie Hour explored some of the lesser-known stories by the famed author. This adaptation spanned multiple genres, including stories with romantic, supernatural, and adventurous themes. 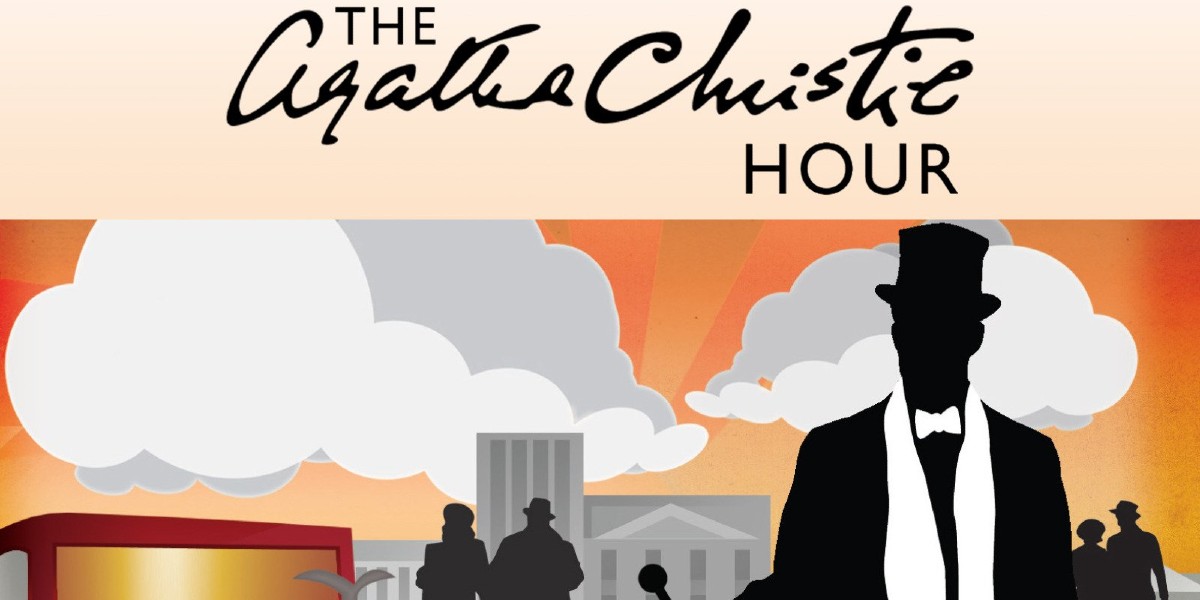 This series, which features 11 episodes, was based around the Beresfords, a husband and wife duo that ran a private detective agency out of London. Though poorly received at the time, it has since gained a little more acclaim.

This series, which aired for three seasons, starred Joan Hickson as the titular character over the course of 12 episodes, until 1992. This show tackled all 12 Agatha Christie novels starring Miss Marple, and was applauded for its faithfulness to the source material.

Hickson is considered the definitive Miss Marple. Each “episode” has its own IMDb page and is typically the length of a movie (hence our N/A rating). 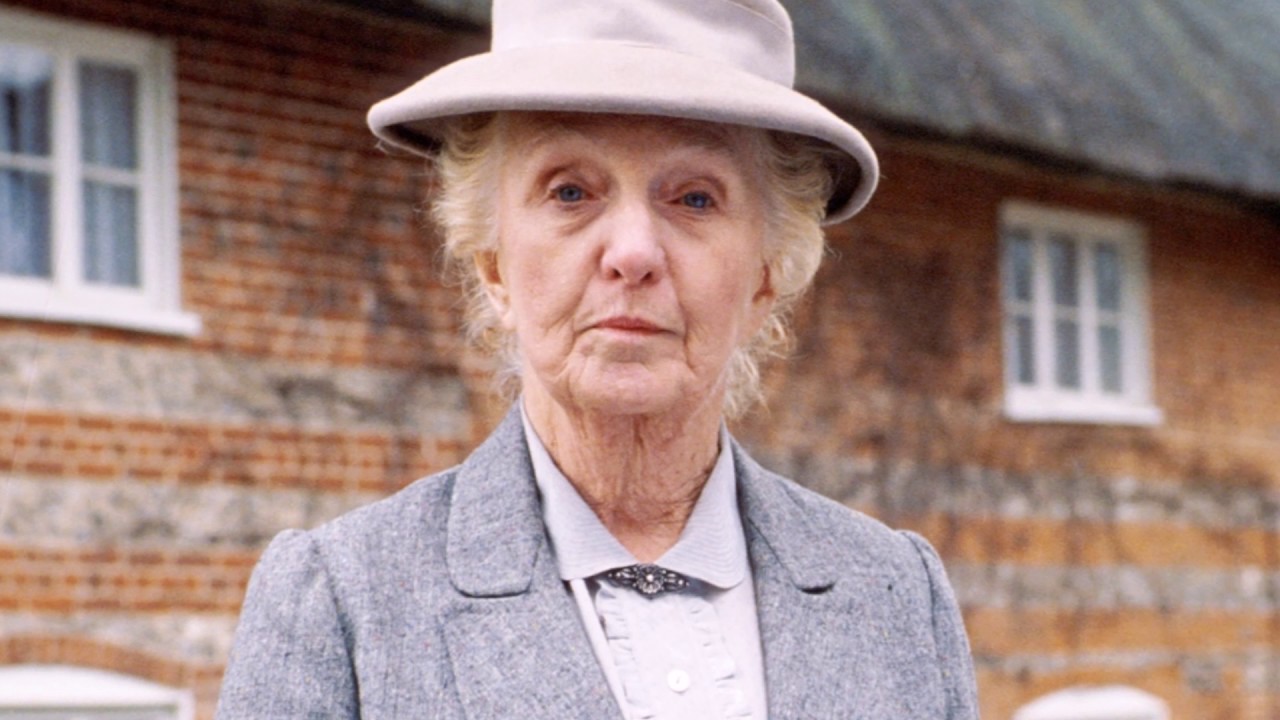 This is clearly one of the best Agatha Christie TV shows, which began airing in 1989 and ended in 2013 after 13 seasons and 70 episodes. The titular character was portrayed by David Suchet, and the series adapted every major novel that starred Christie’s most famous detective.

Marple began ins 2004 and ended in 2013, ranging six seasons and 23 episodes. Geraldine McEwan originated the role, but retired after the third season and was subsequently replaced by Julia McKenzie until the series end. This show also tackled all major Miss Marple novels, as well as some short stories.

Much like the 1983 series, this adaptation followed the Beresfords as they solved crimes, though the setting was moved from the 1920s and 1940s to the 1950s. Due to mixed critical reception, it only ran for one season (six episodes) and was not renewed for a sophomore run.

If you only want to watch one And Then There Were None adaptation, I would suggest picking this one, as it’s clearly one of the best Agatha Christie TV shows on our list. It’s also not a major investment, as it totals only three episodes and touts stars such as Douglas Booth, Sam Neill, and Aidan Turner. 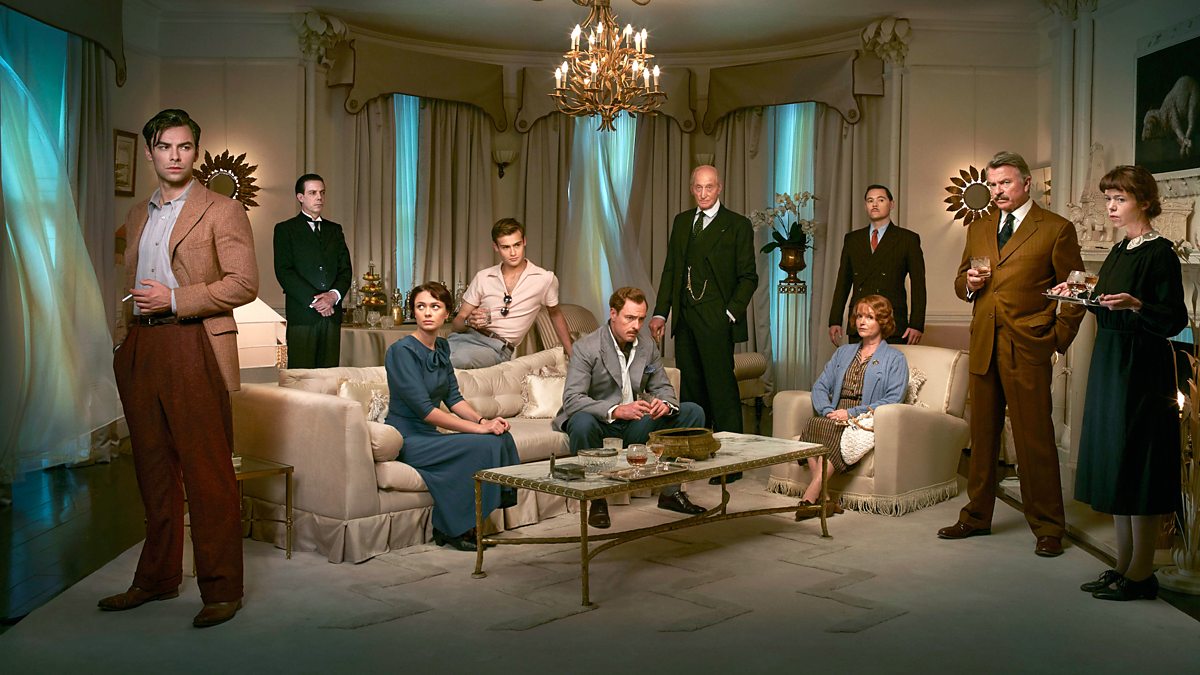 A two-part series, this updated version of Witness for the Prosecution adapted from the short story has added some new elements to the mystery, much to the delight of both critics and Agatha Christie fans. Much like And Then There Were None, screenwriter Sarah Philips found additional praise for this updated series.

Philips returns once again to adapt another Christie property, this time into a three-part mini-series starring Bill Nighy. The ending was changed from the original, but the series was met with positive reviews from fans and critics alike.

If you’re wondering whether or not Philips is a BBC darling adept at adapting Agatha Christie novels, the answer should become clearer with each new series on this list. The ABC Murders stars John Malkovich and Rupert Grint, the former of which plays an excellent Poirot. 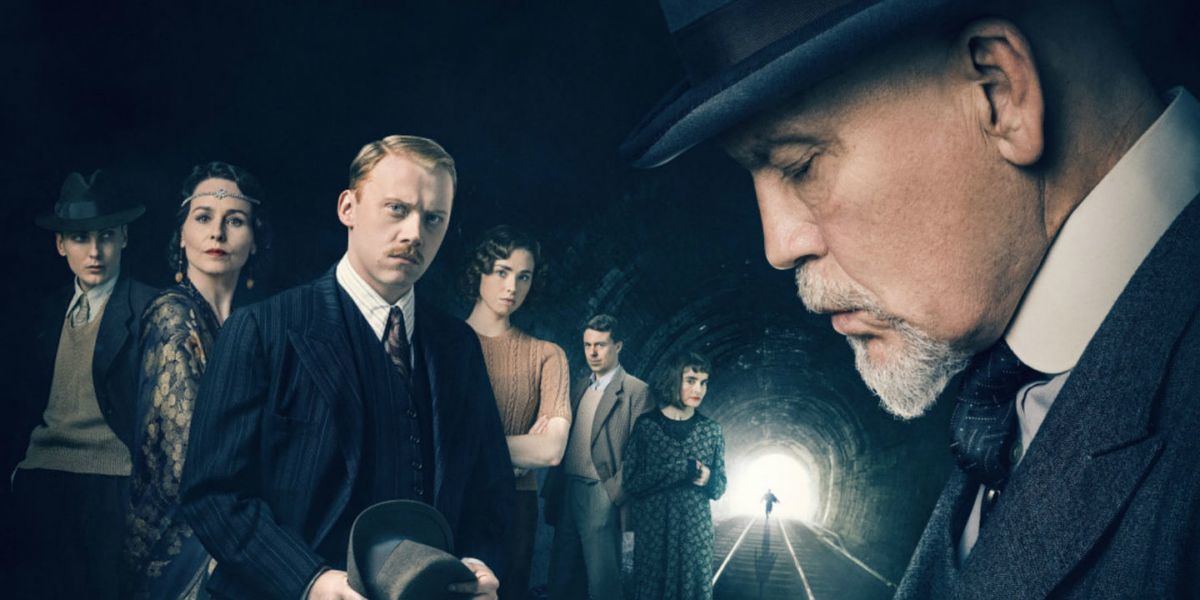 Much like her previous adaptations, Philips puts a spin on The Pale Horse, though this one may have been met less favorably by some critics and fans. Still, it is one of the newest and best Agatha Christie TV shows to date, and would be well worth your time, considering it is only two episodes long.

What do you think are some of the best Agatha Christie movies and TV shows?