We use cookies to ensure that we give you the best experience on Hypable. If you continue to visit us, we will assume that you are happy with it.
10:05 pm EST, November 17, 2019

We’re only on Batwoman season 1, episode 7 and Kate can’t seem to hide her identity from absolutely anybody, except for Mary, when Sophie begins to question her identity and threatens to tell her father the truth.

Batwoman season 1, episode 7 is another incredible episode, beautifully depicting the beginning of Sophie’s point of view on what went down at Point Rock academy and her conflicting feelings for Kate. Batwoman continues to prove itself to rightfully be my favorite show of the fall TV season, and the potential future for Kate Kane and Batwoman is exciting.

With such a talented cast and crew, it’s no surprise this series is so strong, but this episode provided the room for Meagan Tandy (Sophie), Nicole Kang (Mary), and Ruby Rose (Kate) to shine. Everyone is coming into their characters so nicely, and there’s just so much talent within this cast. Every character is so intriguing, and every performance is worth watching… aside from the character of Mouse, who just really isn’t growing on me. 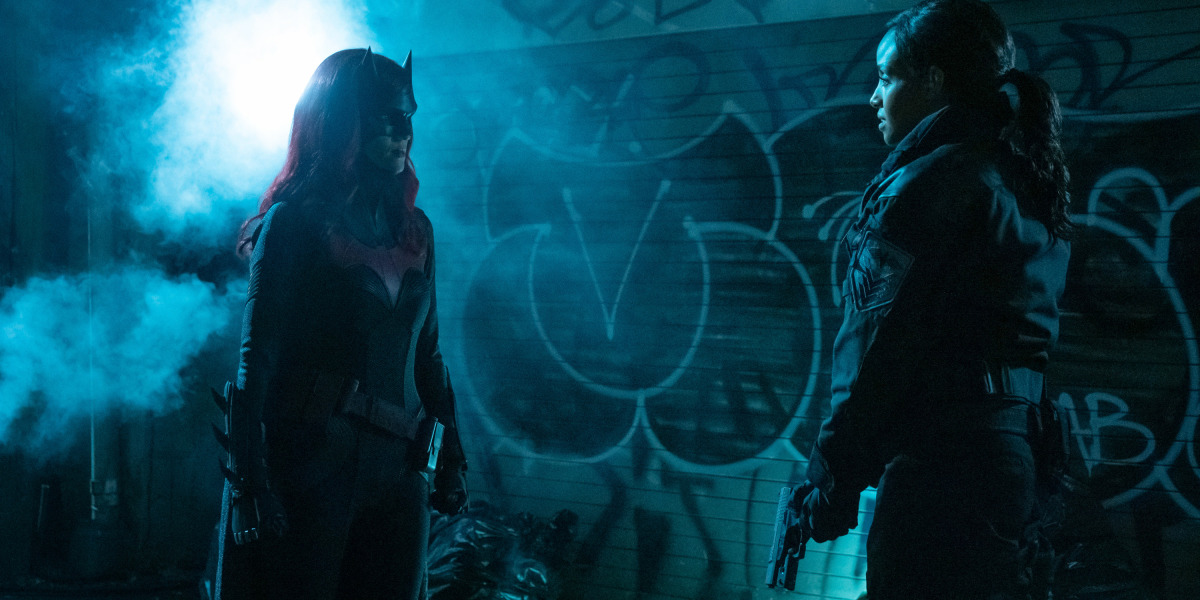 This episode is obviously the best we’ve seen of Sophie Moore. Meagan Tandy gave her best performance as Sophie’s feelings for Kate were explored in the present and in flashbacks, giving insight to her life and her decisions that was desperately needed. Before this, Sophie was being painted as the bad guy of the situation, which she may be from Kate’s perspective, but life is much more complicated than that.

Unlike the first five episodes, the last two have made Alice’s motives, intentions, and redemption more questionable. The focus on her has died down a little, and now her story is tied in with Mouse’s, who is arguably one of the worst characters in the Arrow-verse so far (which, two episodes in, could change… though it’s doubtful).

It’s interesting to see how Batwoman ’s season 1 path differs from the others’ in the Arrow-verse because she’s not really doing many villain-of-the-week stories. Much of Arrow, The Flash, and Supergirl‘s first seasons saw new villains popping up in their respective cities, but Alice has consistently been the focus even when there’s a villain in town, like Magpie. The show is finally changing things up in the Arrow-verse, which I’ve desperately wanted to see for years now. 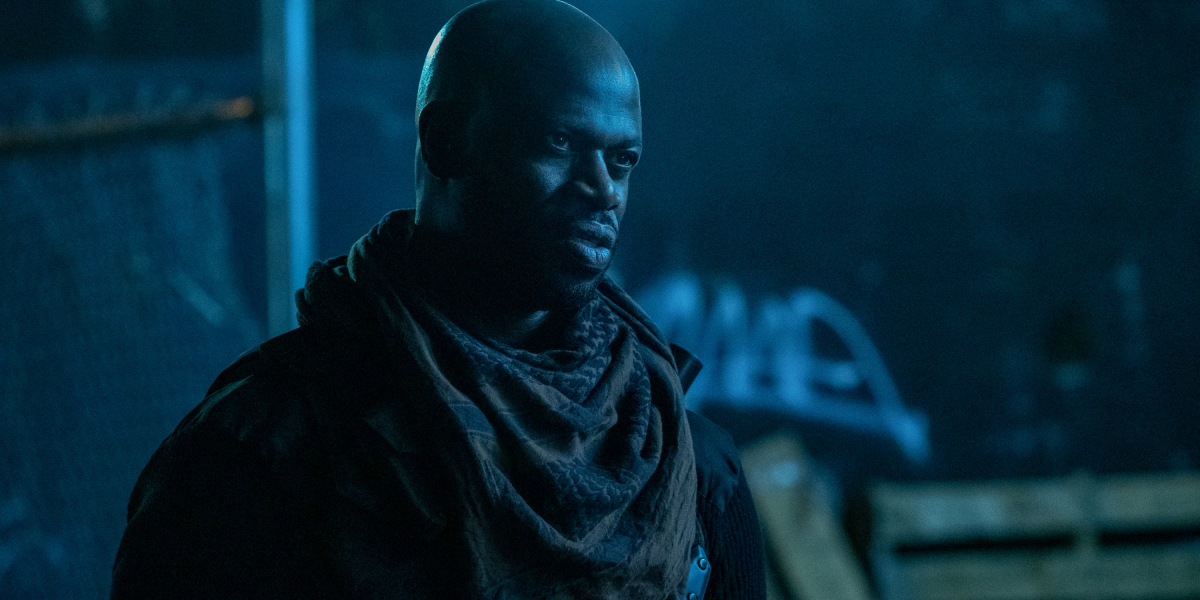 Thank you, Batwoman, for giving us a character like Sophie Moore. Though I don’t agree with every choice the series has made (like having her get married to a man or waiting so long to finally explore her perspective), I appreciate that Sophie Moore represents many people in the LGBTQ+ community.

Life and feelings are quite complicated, and not everyone takes the path (or is able to take the path) Kate did so many years ago, owning up to who she is and not letting anyone tell her or make her feel differently.

Sophie’s struggle as a LGBTQ+ woman and as a black woman, is one that cannot be ignored. Thankfully, Batwoman isn’t ignoring it. (Though I wished they would have focused on it a bit more, I have hope the writers will in the future when we receive another Sophie-centric episode.) It’s a struggle that has clearly taken its toll on Sophie and shapes the decisions she’s made thus far.

After this episode though, I think Sophie still needs to have her feelings explored. She owned up to her feelings for Kate to both Kate and her husband, rightfully so, but then retracted that and made her husband think nothing was going on.

In the end, he’s just going to be hurt, especially because as far as we know, Sophie is a lesbian. There’s no confirmation she has real feelings for her husband, and it was likely just an attempt to live the “normal” life she thought she needed. 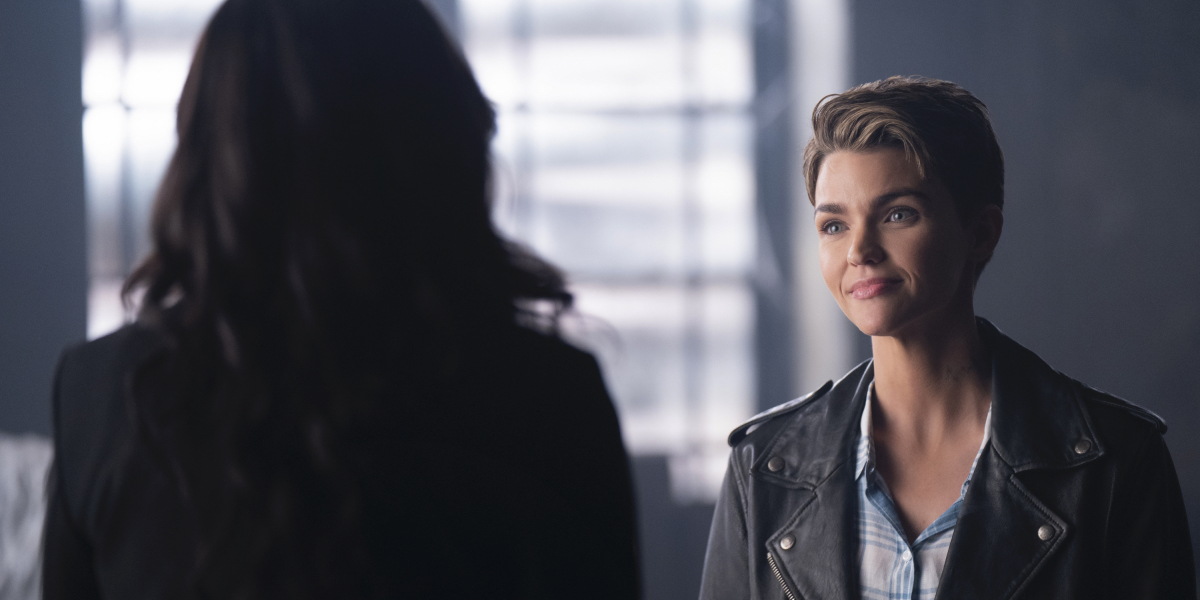 The incident on Batwoman season 1, episode 7 as Sophie and Kate met, (probably to discuss her true identity) ended up being a brutal reality check for both Kate and Sophie, but especially impacting Sophie. Unfortunately, discrimination is something that cannot be avoided when writing an LGBTQ+ character that is actually rooted in the real world.

Kate’s reaction to this discrimination was just so… Kate. She’s fierce, proud, and strong, with the ability to stand up to anyone who attempts to make her feel inferior.

She is unapologetically proud of who she is, and she’s not going to let anyone make her feel ashamed. It’s beautiful, really, to see how Kate handled this situation and didn’t let any ounce of fear overwhelm her.

Sophie, on the other hand, had the reaction that most of the world could probably relate to, honestly. Her uncomfortability with the entire situation, fear of what was happening, and the tension once Kate began making a scene, it’s something that Kate doesn’t understand because she’s never felt ashamed of who she was (at least, as far as we know).

This scene showcased one of the biggest issues between Kate and Sophie, should they ever choose to pursue a romantic relationship. Sophie isn’t comfortable with herself in that way, and there are people who never become as comfortable or as confident as Kate Kane when it comes to handling situations like this.

Kate becomes so wrapped up in herself and her feelings that she forgets to consider the feelings of anyone else around her, and it’s something that doesn’t seem to work between Sophie and Kate.

We saw it during this scene during the flashbacks and continue to see Kate put her feelings above the feelings of those around her (like in the Batcave with Luke, when she was doing parkour and ranting). 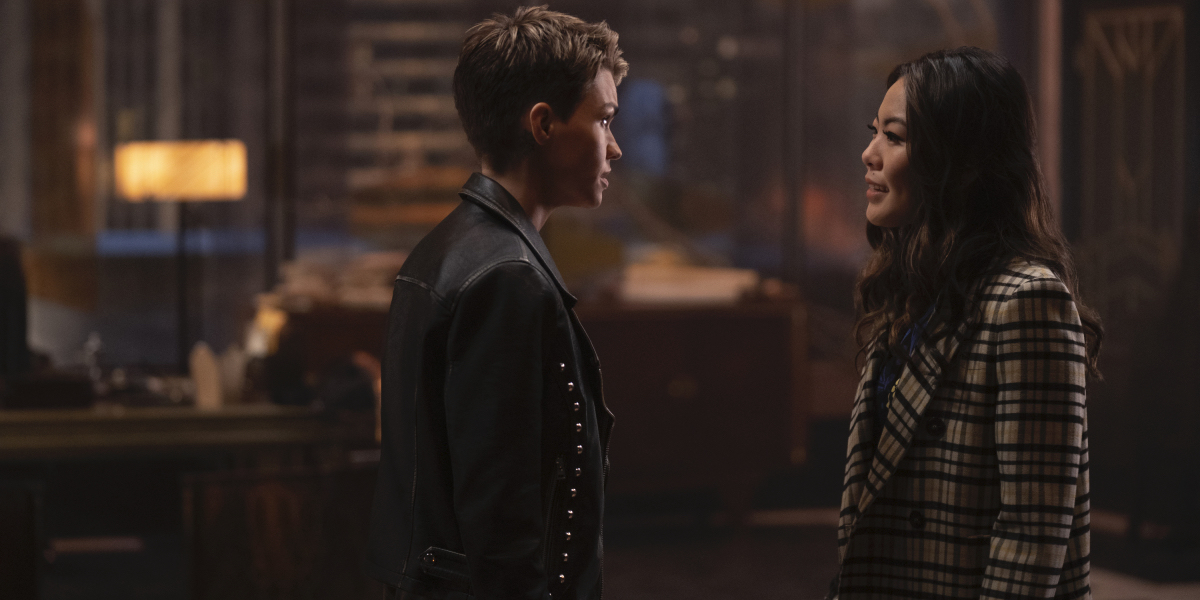 I love that, already, Kate is working on letting people in. And I absolutely love that the series is starting with Kate and Mary’s relationship. This, in my opinion, is probably the strongest relationship the show has right now.

Not Kate and Sophie or Kate and Alice/Beth, which are too complicated right now, but Kate and Mary whose familiarity and sisterhood has never been explored. It’s clear they love each other; they just haven’t had the kind of relationship that’s possible because of Kate’s grieving for her presumed-late sister.

Kate and Mary’s dynamic is fresh and lovely, and much simpler than, basically, every other relationship on the show, explaining why Kate chose to rectify this relationship first.

There’s so much to explore between these two, especially when the Batwoman secret inevitably comes out down the road, and Mary and Kate deserve to be happy. Their family is so complicated right now, so it’s refreshing to see that they’re finding solace in their worlds, changing with each other. 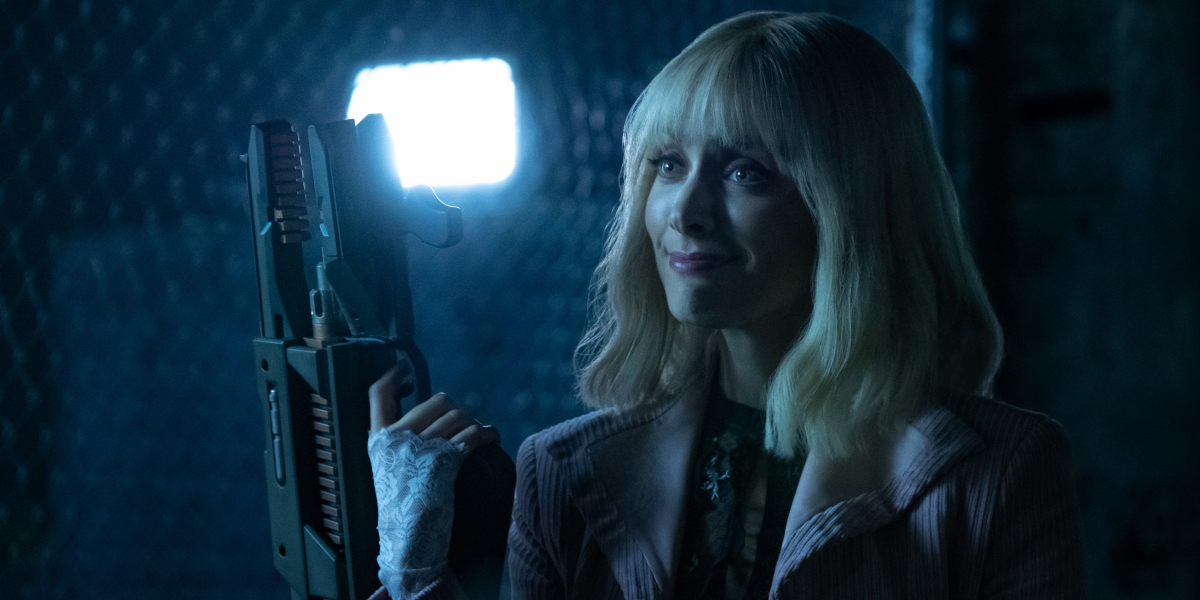 All in all, I think Batwoman season 1, episode 7 was a decent start toward exploring and developing Sophie’s feelings. Though despite confirming her feelings for Kate to remain strong and lying to herself, which was clear before, it barely scratched the surface of the potential this story holds.

Sophie’s such a complex character already, and as time goes on, it gets harder and harder to root for her and Kate because of the clear differences between them (and I mean, because of her husband).

As of now, I’m not sure Sophie is Kate’s endgame, but rather her first true love. Three years with someone is a long time, especially when it was all in secret and Kate’s father was the only one to know of their relationship.

It makes sense that Kate and Sophie haven’t moved on because of where their lives took them and their brutal breakup, but perhaps they just need closure. Sophie’s unconfirmed sexuality is another obstacle toward believing their relationship is meant to be because we have no way of knowing if her feelings for Tyler are real.

It’s also hard to root for Sophie when she continues to do things to hurt Kate. Sure, this time didn’t matter so much because of two reasons: first, Mouse was pretending to be Jacob, and two, Julia wore the costume to fool Sophie.

But the fact that Sophie was so eager to tell Jacob about Kate’s secret, claiming to be worried for her safety, is worrisome for the future. How can Kate ever trust Sophie with anything ever again?

This isn’t the first time Sophie’s done this, as she revealed that Kate and Alice were meeting earlier this season. Like Mary said, this is Sophie’s thing, and it’s my least favorite part about her character.

She cannot keep a secret unless it involves herself, and she continues to hurt people because of it. Imagine if Sophie had actually told Jacob the truth… I don’t think it would have been so easy to fool them both.

Alice and Mouse remain my least favorite duo, and despite his unique abilities giving Alice access to places she otherwise wouldn’t have a way into, his presence seems unnecessary. I don’t like the twisted bond they share, and I’m desperately hoping for Alice and Kate to become the starring duo of the show again.

Alice is being dragged down by his presence, and while she was actually in charge on this episode without him defying her, you know it’s just a matter of time before Mouse breaks because of Kate and Alice’s relationship. I, for one, hope that comes sooner, rather than later, so we can get him out of Alice’s life.