We use cookies to ensure that we give you the best experience on Hypable. If you continue to visit us, we will assume that you are happy with it.
9:15 am EDT, April 24, 2019

‘Avengers: Endgame’ review: It’s everything you want it to be

Love letter, dirge, tender farewell — Avengers: Endgame is here. Can it live up to the unsurpassed hype? (This review is spoiler-free.)

It’s hard to know by which metrics to most effectively judge Avengers: Endgame. Can you capture the culmination of a decade-long cinematic adventure in a number grade, or boil its success or failure down to the old reliables of film? Acting, story, dialogue, special effects… how is that weighed against 22 films of wildly popular and meaningful history? 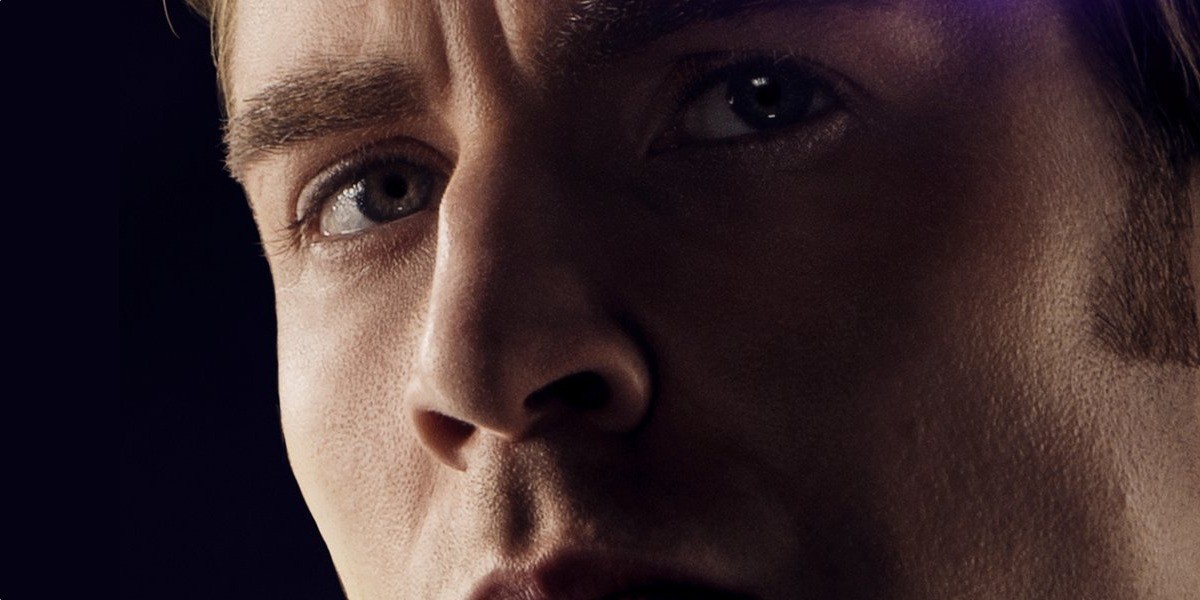 Watching the film, it struck me that the only measure of Avengers: Endgame that really interests me is its wholeness — its integrity as a conclusion to a 10-year-long story that has rewritten popular culture as we know it.

By that measure, Avengers: Endgame is a resounding, glorious, nearly delirious success.

Oh, it’s not perfect. Endgame enjoys the classic convolutions that characterize most Marvel films — the odd side-quest and a few character beats that either stutter short or linger too long. Direct and repeated references to other films that viewers may draw comparisons to are cheap laughs that probably won’t age well. And more damningly, pivotal characters vanish from the film for frustratingly long stretches of time, a rather glaring story choice that highlights the lack of diversity among the core Avengers crew.

Related: Do you remember key Avengers details that are critical to Endgame?

And obviously, Avengers: Endgame is a very, very long movie, which is equal parts flaw and asset. There’s no denying a bit of drag and confusion over the course of three very involved hours of story, but Endgame mostly carries its own weight admirably well. And the extended runtime certainly contributes to the intensity and immersion of an already deeply affecting movie. The world beyond your theater would almost be forgotten if bodily functions didn’t make their inevitable demands.

All that said, against the remarkable, intricate breadth of Marvel’s accomplishment, these complaints are trivial. Avengers: Endgame unambiguously soars where so many stories stumble — it is an honest and heartfelt ending to its arc, its themes, and (most importantly) its many beating hearts.

Stories and characters that fans have enjoyed over 22 movies (think about that number again if you need to) are resolved with the kind of elegant tenderness that might have been deemed beyond the capacity of the flashy, tentpole, superhero genre.

That said, the film is not content to exist as a coda or somber epilogue. Endgame honors the saga that created it, but also delights in its own existence. The one-liners fly fast and thick, as do moments of tremendously weighty dialogue. And critically, Endgame challenges its enormous cast of characters constantly in creative, confounding, and often agonizing ways; it’s hardly a spoiler to say that surviving Thanos’ purge was easy in contrast to the battles to come. 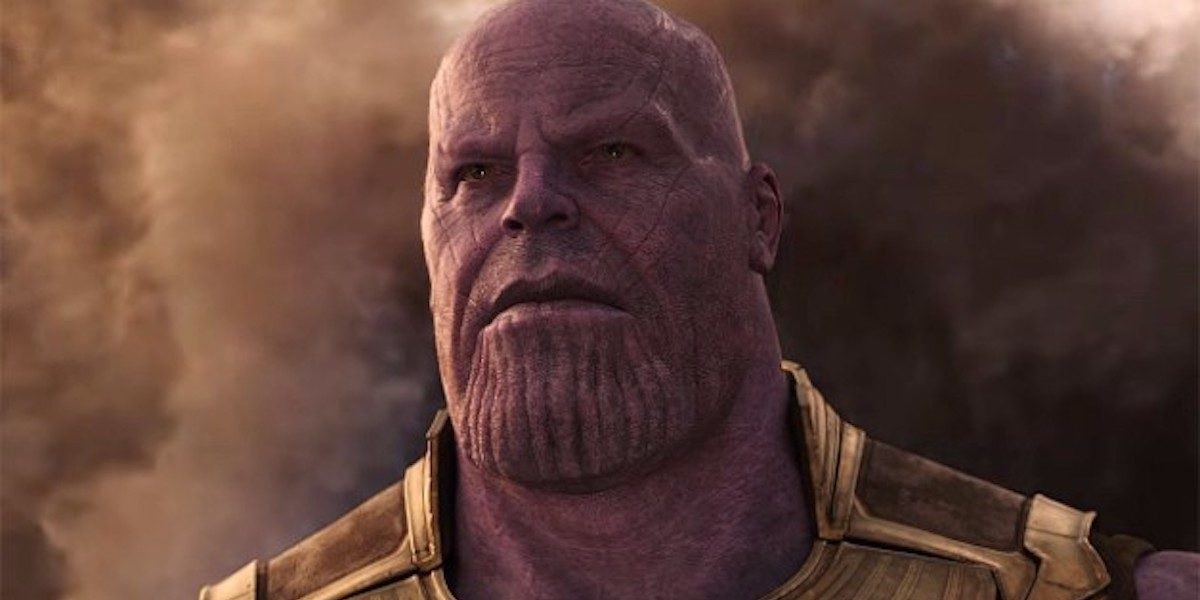 Because if Avengers: Infinity War was preoccupied by an existential question, Endgame torments Iron Man, Captain America, Black Widow, Thor, and the rest with a different problem: Consequence. Earth’s Mightiest Heroes (and Rocket and Ant-Man and Nebula) already know that their continued existence is wafer-thin, an act of capricious cosmic coincidence.

But what does that existence mean in a half-drained galaxy? What has all their work been worth when the outcome was powerlessness and grief? In their own way, each Avenger is forced to confront what — if anything — is still important, still valuable and beautiful and real, when all has turned to dust and ashes.

It would probably be wrong to say that the film doesn’t take this question lightly; at its best, the Marvel Cinematic Universe rarely makes its emotional and philosophical subtext into explicit text for very long. But the potent question of consequence ricochets around the story, blending with the trauma of loss and failure to allow for some of the most rewarding performances Marvel has ever produced. After ten years of work, Robert Downey Jr. is at his most conflicted in Endgame, ground between the pressures of what was, what is, and what could possibly be. It is a lined and weary Iron Man who joins the final fight, ever-present snark visibly tempered by billions of ghosts… though Downey adds a new dignity to his anticipated desperation.

Chris Evans, meanwhile is, as always, a beautifully understated Captain America — but one subtly, yet powerfully roughened by the events of Infinity War. (In fact, the film makes a deliberate point of demonstrating the differences created by a few subtle changes… and I don’t just mean the beard.) In contrast, Chris Hemsworth renews Thor with an agonized gregariousness fueled by an increasingly evident internal battle, all the more powerful for being housed in such a skillful figure of comedy.

Avengers: Endgame also gives Scarlett Johansson the chance to embrace and indeed emphasize her role as the binding agent among this cohort of heroes. It is easily Johansson’s best performance as Natasha Romanoff, as she balances empathy with a voracious urgency that crescendos in some of the film’s most moving scenes. This is Black Widow as we always needed her; driven, unquiet, unflinching and honest, she is a true highlight of the whole experience.

Karen Gillan’s Nebula also deserves long-overdue recognition. With the field of players so thoroughly culled, Nebula stands out as a livid, living testament to Thanos’ horrors. Gillan is consistently excellent at suggesting Nebula’s most intimate feelings through makeup and prosthetics — the glint of her eye, a shift of intonation, lifted pitch of voice are all testament to both the strength of this scarred survivor, and Gillan’s performance.

There are other excellent performances among the sprawling cast as well, from central players to fist-pump-inspiring cameos. (Of which, incidentally, there are many, including several real surprises.) The special effects are beautiful, the orchestration of impossibly sprawling battles powerful, and the concluding impact as sweet as it is deeply sad and painful.

The whole piece comes together almost seamlessly, a tapestry of Marvel’s history, its waning present, and its waiting future.

That’s because, ultimately, Avengers: Endgame is the endgame in more than just name or concept. It is the final fulfillment of an old promise made back in 2008, when Nicholas J. Fury appeared after the punchy credits to Iron Man.

This story has meaning, Marvel promised its legions of fans. It is as real and alive as you want it to be, and here is its beginning.

And now, here is its ending. Reverent to its origins, carefully-formed, and in many ways, quietly lovely. As it comes to a close, Endgame curls away like smoke from a sweet, guttered flame.

The heat may be gone, at least for now. But the warmth remains.