Avengers: Endgame shook up the landscape of the Marvel Cinematic Universe in a huge way. Here’s everything we know, and can speculate on where it is going next.

Whether your favorite character made it out mostly unscathed from the events of Avengers: Endgame, chances are their trajectory looks very, very different once all the — ahem — dust settled. With several legacy titles changing hands, some permanently vacated, and the make-up of multiple teams altered, we’re looking forward at what it all means for the MCU, and what the next 10 years could look like.

So, without further ado, let’s explore what the next era of the Marvel Cinematic Universe will look like. 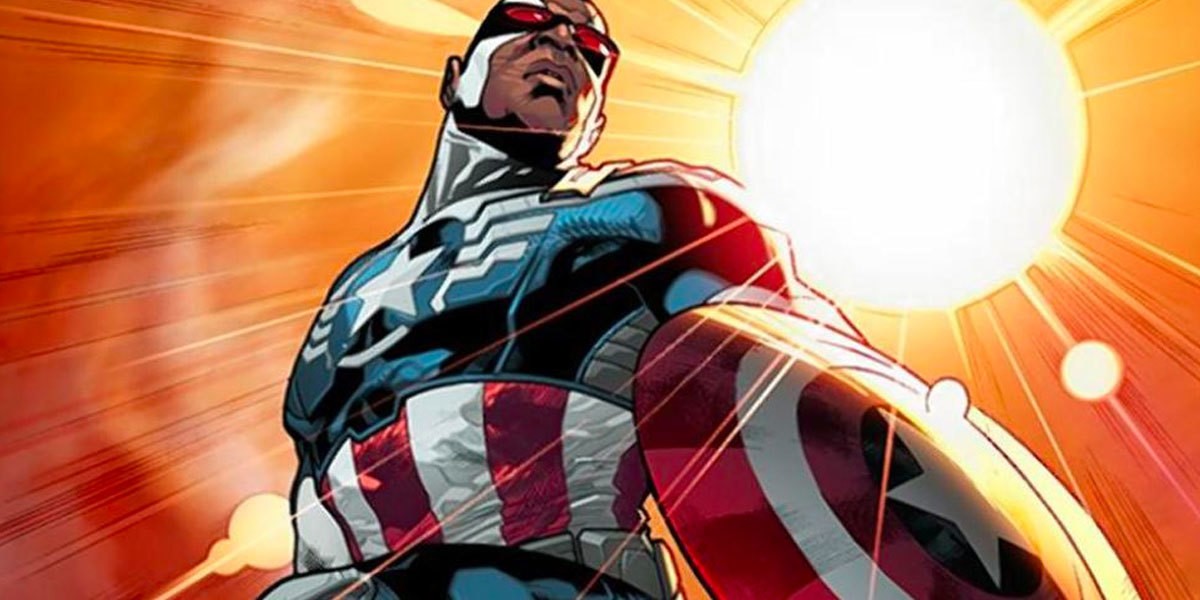 Perhaps the most significant title to change hands in Endgame, an older Steve Rogers chose Sam Wilson — formerly Falcon — to take on his shield and step into the mantle of Captain America.

Sam was, of course, visibly shocked but touched at the gesture, though the role certainly won’t be the easiest to take on — the responsibility has always been a heavy one, but Sam probably understands that better than anyone, having been at Steve’s side through several of his most challenging moments.

Sam won’t be alone as he navigates his new world order carrying the shield. A new series, coming to Disney+, will see him team up with Bucky Barnes, presumably operating as Captain America. What, exactly, the specifics of the series will entail is less clear.

But, in a world as broken as the one in the wake of Endgame, there’s one thing for certain we know that it needs: hope.

Captain America, whichever form he takes, will always embody hope for the people of Earth. The shield alone has become a symbol for it. There could, as in the comics, be some friction during the transition period — Steve Rogers, after all, has been synonymous with the role for so long — but there really is no man better to navigate the unsure future that they all face.

The Avengers, as many of them as there now are scattered across the universe, need someone at the head to lead them, especially in the absence of Natasha Romanoff, Steve Rogers, and Tony Stark.

As the Marvel Cinematic Universe passes over to a younger generation, as it continues to heal, Sam Wilson can help bridge that gap between old-and-new, providing the wisdom of all he has seen in his years at Steve’s side, as well as bringing a fresh and much needed new perspective on what the world needs next.

And that is, perhaps, one of the most exciting prospects of all.

The (As)Guardians of the Galaxy, Gamora, and Loki 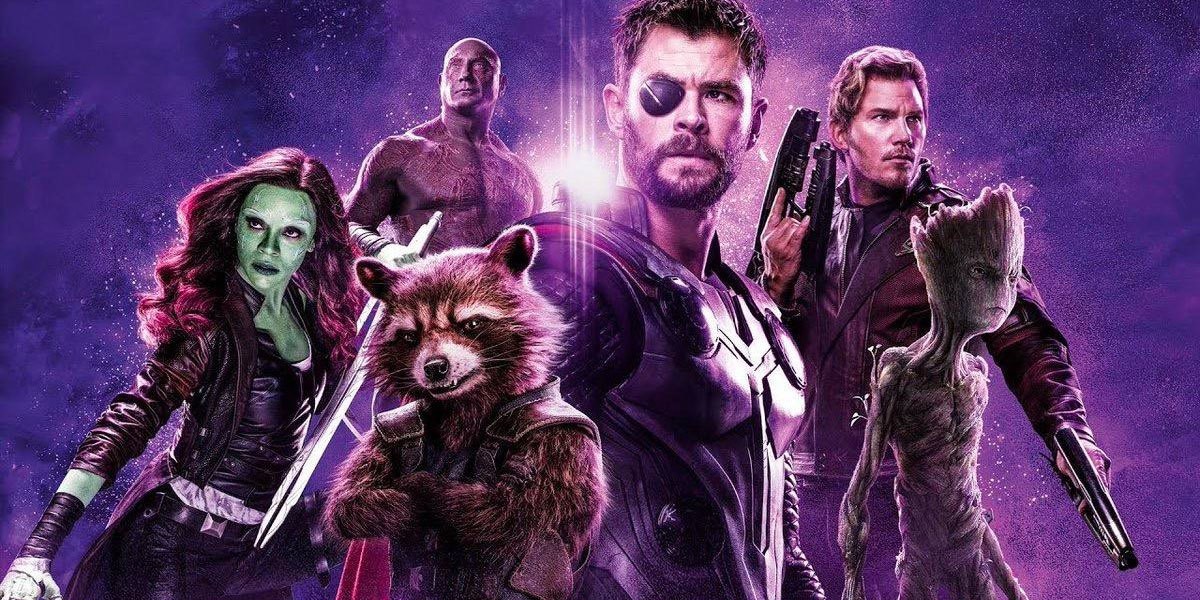 Looking back to the cosmic side of the MCU, the Guardians had another minor shake up, with Thor opting to join them following a pep-talk in the past from his mother. With Thor being as strong a personality as he is, and with already established friction between him and Star-Lord, it will be interesting to see how they adapt — and whether or not they can find an equilibrium.

But both Star-Lord and Thor will have two pressure points in form of their love for two recently returned characters: Gamora and Loki.

The versions who died, prior to the Decimation, are still gone, and in their place are their past-selves from earlier in their timelines. Before Gamora and Star-Lord fell in love, before Loki and Thor mended their often-fragile relationship.

Loki, as we know, will have his own solo series on Disney+, but it is unlikely that Thor will be unable to seek out his brother once more to make reparations — especially after the violent end Loki met at the hands of Thanos. 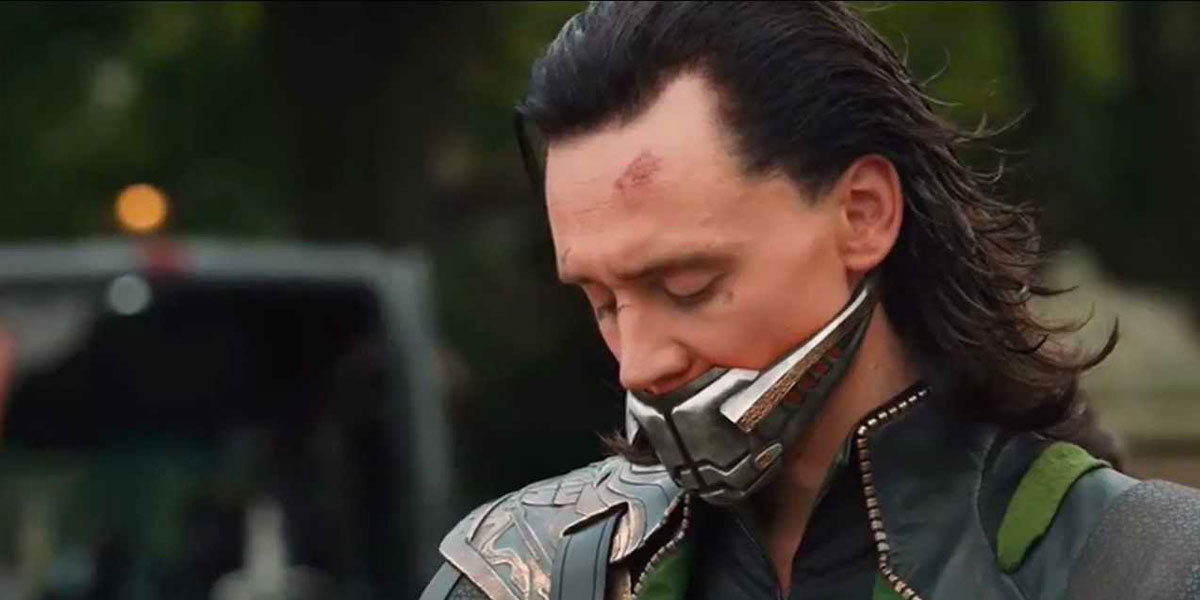 And, for Star-Lord, reconnecting with Gamora will be high on his list, though it is less certain that lightning will strike twice, in terms of her falling for him once again.

Those fractured relationships will likely be central to the next Guardians installment, and could be the first step in Star-Lord and Thor bridging the divide between them. Of course, they’ll have to find Loki first — and, with the “searching” screen that Star-Lord lingered on before leaving Earth, it is highly possible that Gamora disappeared in the aftermath of the battle against Thanos.

A cosmic search for both, across a vastly changed universe, could prove to be interesting — especially with how much both Thor and Star-Lord deflect the conversation when it comes to their feelings.

For Gamora, out from under the influence of her father, and with the possibility of connecting with her sister, Nebula, in a way that wasn’t possible before, it could significantly alter her trajectory. She has no obligations to anyone, other than herself, and that freedom could take her anywhere in the universe.

Whether it will ultimately see her return to her found family, the Guardians, remains to be seen — but, hopefully, it will allow her a larger and more active role. 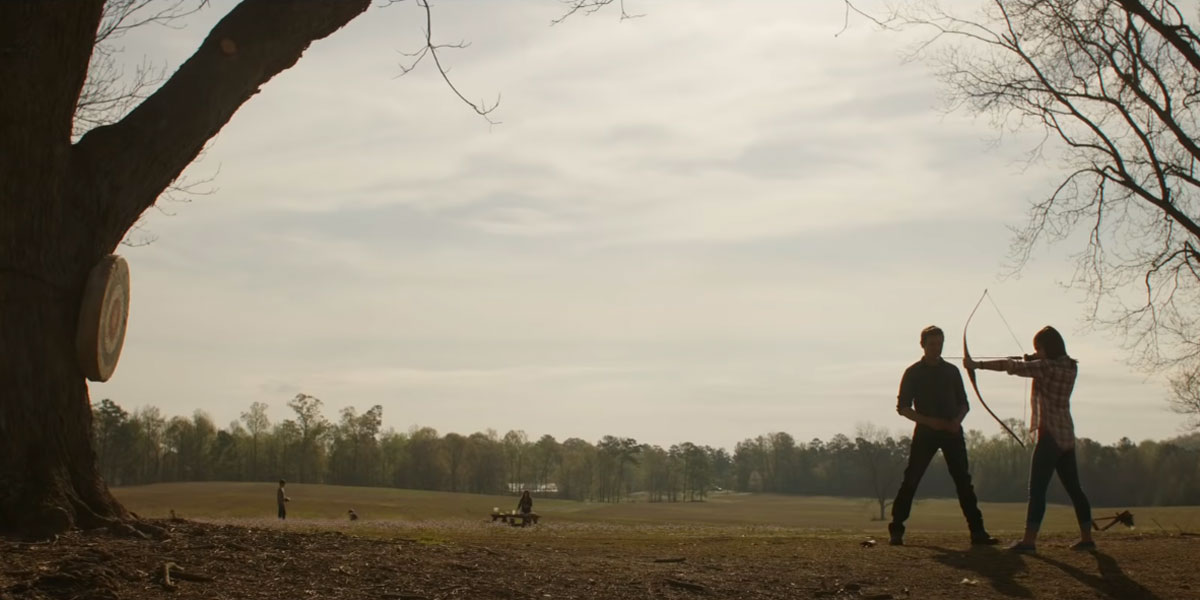 Before Endgame hit theaters, it was revealed that a Hawkeye series had entered development for Disney+, with the plan to hand the mantle over to Kate Bishop. The role of Kate will be played by Hailee Steinfield.

With the events of Endgame seeing Clint Barton abandon his Hawkeye moniker after his wife, Laura, and three children, Lila, Cooper, and Nathaniel, and his needing to reckon with all that he did in the intervening years, it makes a huge amount of sense that he would choose not to take the name back up again.

There is some reason to believe that Lila — who Clint was training to use a bow, and affectionately called Hawkeye, before she was Snapped out of existence — might take the place of Kate Bishop.

But, depending on how well Clint re-adjusts to his civilian life — he did, after all, go on a pretty significant murder spree, and Natasha’s death hit him pretty hard — could play a huge part in how that mantle changes hands.

Regardless, several characters have been positioned to step into the legacies of several Avengers. Either Kate Bishop or Lila Barton for Hawkeye, Cassie Lang — who becomes a hero in her own right in the Young Avengers comics — and Morgan Stark.

What we could be seeing develop here is the beginnings of the Marvel Cinematic Universe’s version of the Young Avengers team, with Tony’s daughter Morgan potentially taking the place of Iron Lad.

Which brings us to… 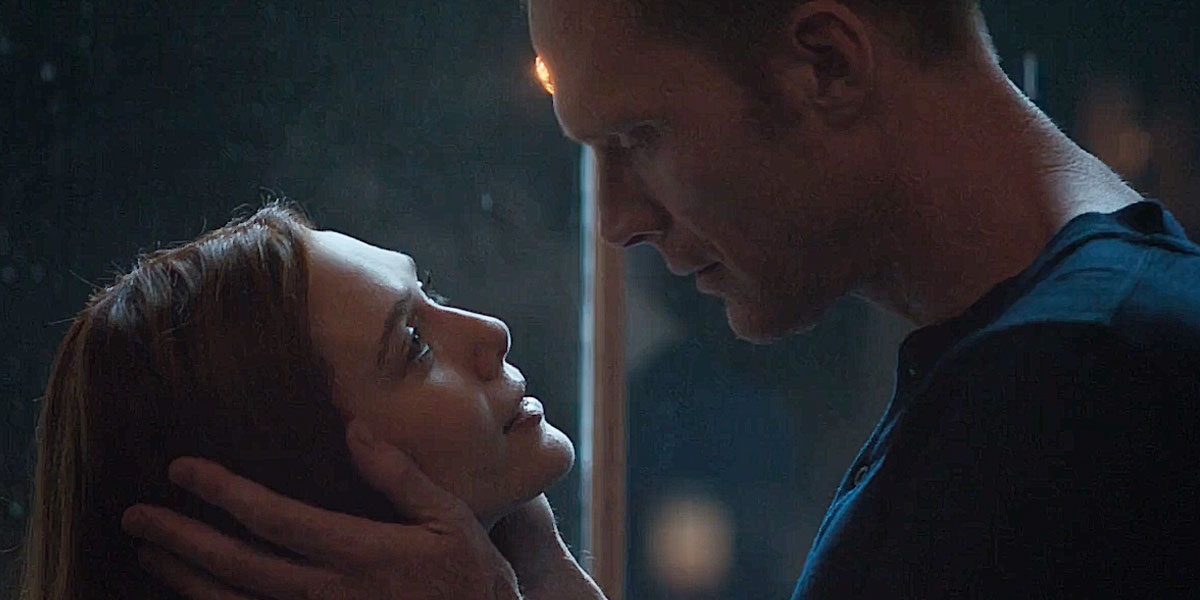 Another character heading to Disney+, co-headlining with Vision, who did not return in Endgame, could take an interesting direction. From Wanda’s reaction to Thanos when she returns, it is not likely that we will see her get over Vison’s death any time soon.

In the comics, Wanda creates her own universe to live in with Vison, and their two sons, William and Thomas. With few details of what the series will comprise of, and the sheer unpredictability of Wanda’s powers, it is entirely possible that a variation of that world could make its way to the small screen.

Billy and Tommy, twins, are two of the puzzle pieces remaining — other than Teddy, a Skrull prince — to make up the Young Avengers team. It could, of course, still be something of a pipe dream, but things are slowly coming together in a way that makes it a possibility at the very least.

The Skrulls, after all, have been absent since the ’90s — when Carol (Captain Marvel) left Earth — but some could have remained behind.

That push and pull between the old guard Avengers, and the new, younger generation coming up, is likely to shape many of the next few entries into the Marvel Cinematic Universe — and the Disney+ streaming service will diversify that even further, opening up the storytelling possibilities, and weaving a truly connected world between the big and small screen.

A $5.99/month Disney+ subscription will be well worth learning about what all of these Avengers are up to in the post-Endgame world. 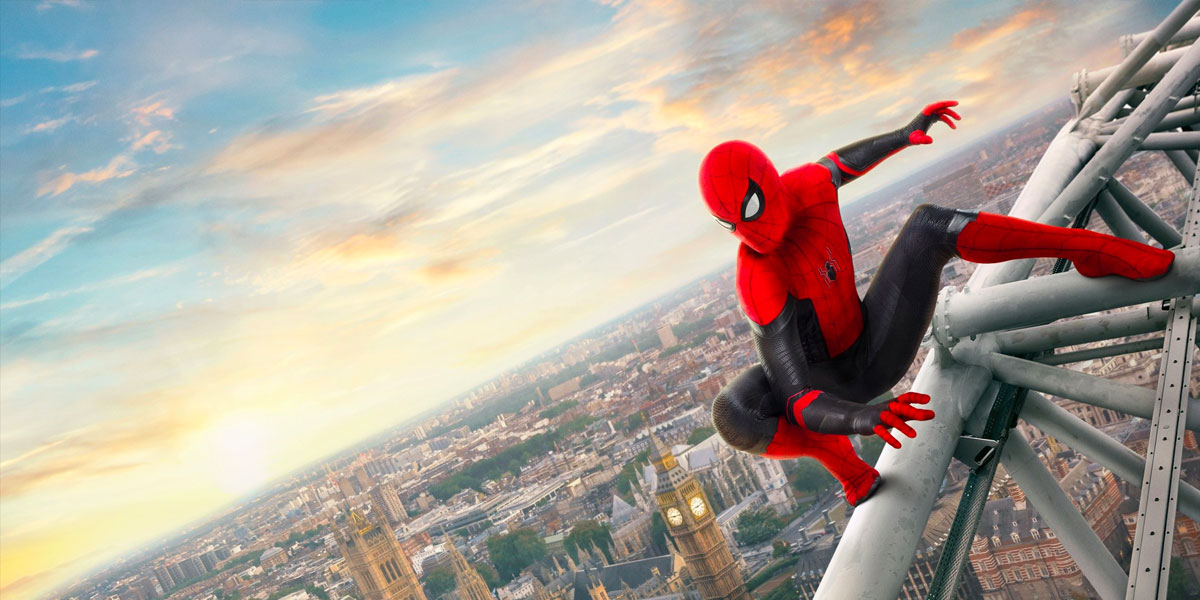 Rounding out the known upcoming additions to the MCU are the next installments of Spider-Man, Doctor Strange, and Black Panther.

Far From Home rounded out Phase Three, providing the most immediate answers for how a world without Tony Stark, and following the return of the characters from the Decimation, will look.

The characters involved there were the most closely linked with Tony — in Peter himself, Happy Hogan, and even Pepper Potts — and so that grief will still be fresh and deep.

Moving on from Tony, and how deeply embedded he has been over the last 10 years of Marvel movies, will be difficult, and honoring his memory will likely be high on the priority list.

Other characters with solo movies coming up are Doctor Strange — who will have to grapple with his role in setting up Tony’s death, and any potential divergences across timelines — as well as Black Panther and Black Widow.

Black Widow’s solo movie is the least likely to have a direct impact on the MCU’s future trajectory, with it being something of an origin story for the character — diving deeper into her past, and potentially fleshing out the reveal of who her father was, and the mistakes that Clint Barton overlooked, sparking the friendship that would go on to define them both.

But perhaps one of the more intriguing solo movies will be Black Panther. With T’Challa and Shuri having been Snapped, and five years gone by without — we assume — a royal family in Wakanda, it is uncertain how it moved on in their absence.

There could be a power vacuum to deal with, and the potential that someone might have taken up the Black Panther mantle in T’Challa’s stead. 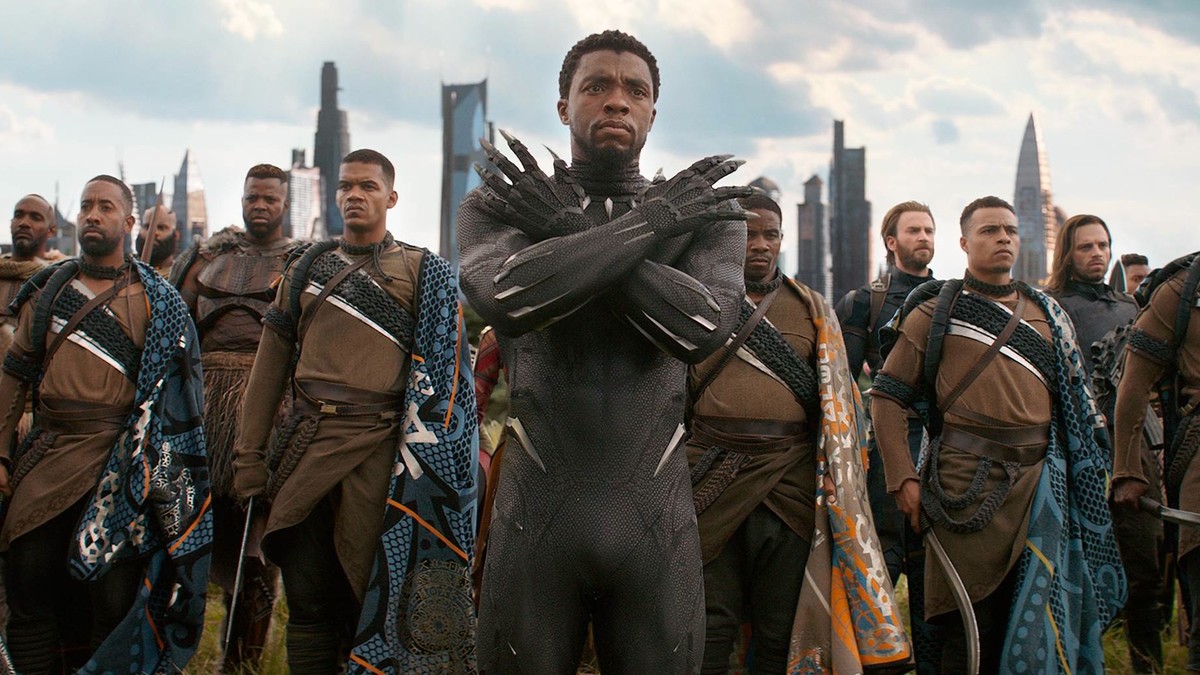 Of course, the recent drama between Disney and Sony makes it look like Spider-Man as we know him will no longer be a part of our beloved MCU, which means he will not be involved with Phase Four. It’s a true shame, because we’ve come to love Tom Holland’s portrayal.