All eyes were on the original six Avengers as audiences awaited their fates. Iron Man’s path wasn’t an easy one, but he put his best foot forward in Endgame.

Major spoilers for Avengers: Endgame ahead.

I’ve written about Iron Man pretty extensively on Hypable, from my defense of Team Iron Man in Civil War to Tony Stark’s best moments in the MCU.

Tony Stark is, and will always be, my favorite character in the Marvel Cinematic Universe. He’s come so far from that first Iron Man movie, and his growth has been one of the most complex arcs in this universe. His inner battles with PTSD and anxiety raged as loudly as the battles he fought against his enemies, and it always brought me some semblance of comfort seeing him fall and get back up time and time again.

If you really want see me wax poetic about Iron Man, read the article I wrote about Tony Stark’s lasting legacy. There should be no doubt regarding how I feel about his character or what his movies have meant to me.

With that being said, I think Avengers: Endgame gave Iron Man the ending he deserved.

When we catch up with Tony after five years have gone by, he’s made quite a nice life for himself. He got lucky when a lot of people didn’t, and he took advantage of that in order to prioritize what was most important to him. He built a cabin in the woods, married Pepper, and had a daughter named Morgan. 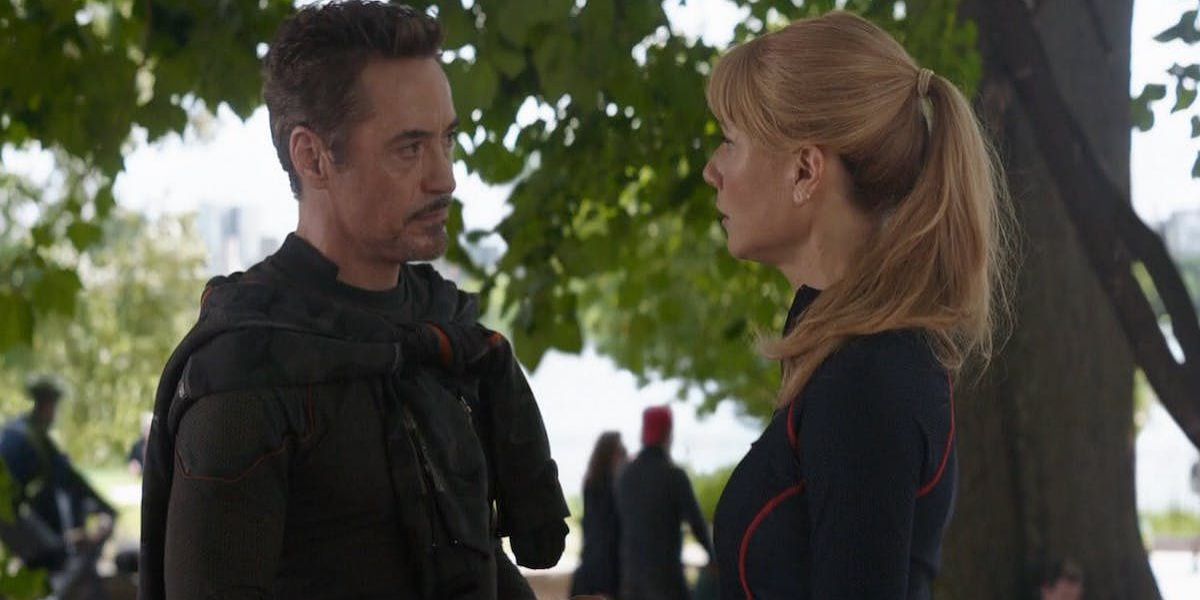 But Tony wouldn’t be Tony if he was content with standing still. Despite the fact that he retired from being Iron Man in order to spend time with his family, he never stopped tinkering. He built a suit for Pepper and he continued to look for ways to bring back everything they had collectively lost.

When Steve, Natasha, and Scott show up on his doorstep, he can’t help his knee-jerk reaction. He knows they came to enlist his help, but he’s terrified. He’s done the math a thousand times and it’s just too risky. He’s not willing to lose what he managed to salvage in the wake of Thanos’ destruction.

I can’t really say I blame him.

But then the math checks out. He solved the problem. He knows how to travel through time. He’s poised on the edge of a precipice. On the one side, he has the chance to save the entire universe. On the other, his entire world could come crashing down around him — again.

Two things propel him forward. One, the driving force behind trying to solve time travel is Peter Parker. He may not have known the kid for long, but when Tony took him under his wing, he made a promise to protect him. Tony feels like he broke that promise, and the heartache of losing Peter must have felt akin to losing a child.

Then there’s Pepper. She could’ve talked Tony out of going to the team with his discovery. Tony would’ve put everything down in a heartbeat. He left the decision in her hands. There would’ve been no questions asked, and no one would’ve been the wiser.

But Pepper recognized how lucky they were and how much everyone else lost. It’s easy to forget about the world’s devastation when you can tuck yourself away in the middle of nowhere. More than that, she knows Tony would never be able to rest. He’s a hero, through and through, and it’s been a long time since he’s been able to sit on the sidelines when the world’s at risk.

So, Tony goes to Cap and makes reparations. It’s a pretty quick scene — a quip here, the exchange of the shield there — but I don’t think these two need to spell out the situation. They’ve been through a lot together, and even though they don’t always see eye to eye, there’s a mutual love and respect between them. 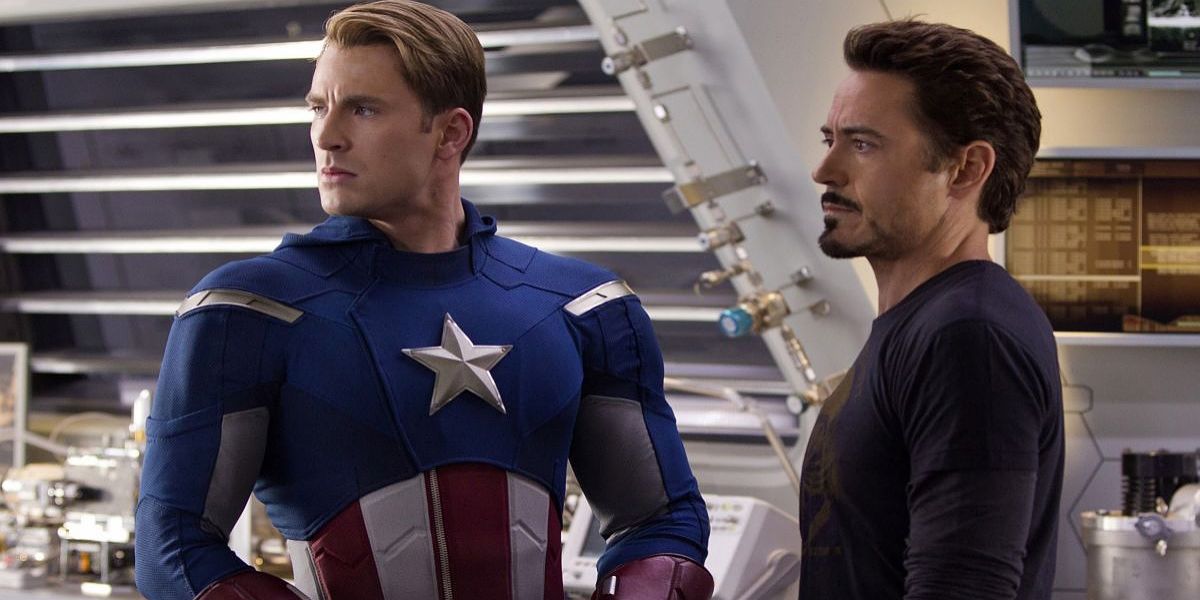 I’m glad this finally happened, that they’re finally a team again. During Infinity War, these two never had a chance to talk about the fallout from Civil War. Tony was rocketed into space at the beginning of the movie, and Cap was busy putting out fires wherever Thanos’ lackies touched down.

Steve is a little more (okay, a lot more) level-headed when they finally come face to face again in Endgame, even though I’m sure he was still hurting over their departure, too. It’s unfortunate that five years passed before Tony took a step in this direction, but it was necessary — not just for the plot of the movie, but for his own state of being.

And Steve isn’t the only person Tony must face during Endgame. When he and Cap go back to 1970, Tony also meets his father, Howard Stark. The two have a bit of an awkward conversation, but by the end of it, Tony sees him in a new light. He realizes now that maybe his father was doing the best he could. Howard loved his son as much as Tony loves his daughter.

I agree with the complaints that this scene was shoehorned into the story. We met a young Howard Stark in Captain America: The First Avenger, as well as the TV series Agent Carter. He was brilliant, charming, and magnetic. He was nothing like the older, colder version of Howard Stark we came to know through Tony’s eyes.

Was Tony wrong in his view of Howard? Maybe. Could Howard have turned into a harsher man as time went on? It’s more than possible.

I don’t love that this scene retcons Tony’s relationship with his father. Howard Stark’s legacy, both the good and the bad, was a driving force behind most of what Tony did as a teenager and an adult. It seems unlikely that Tony misinterpreted his father’s words and actions on such a large scale. It seems lazy to try to get us to believe that one conversation fixes all the heartache Tony felt when it came to his father.

But knowing how Tony’s journey ends, I’m glad Tony could also put this piece of his past to rest. I’m willing to set aside this improbable scenario in order to accept that he’s now happy. Tony talked with his father, man to man, and bonded over their children. He got to see him in a new light, and it helped him move forward.

In the end, that’s all I want for my favorite character. 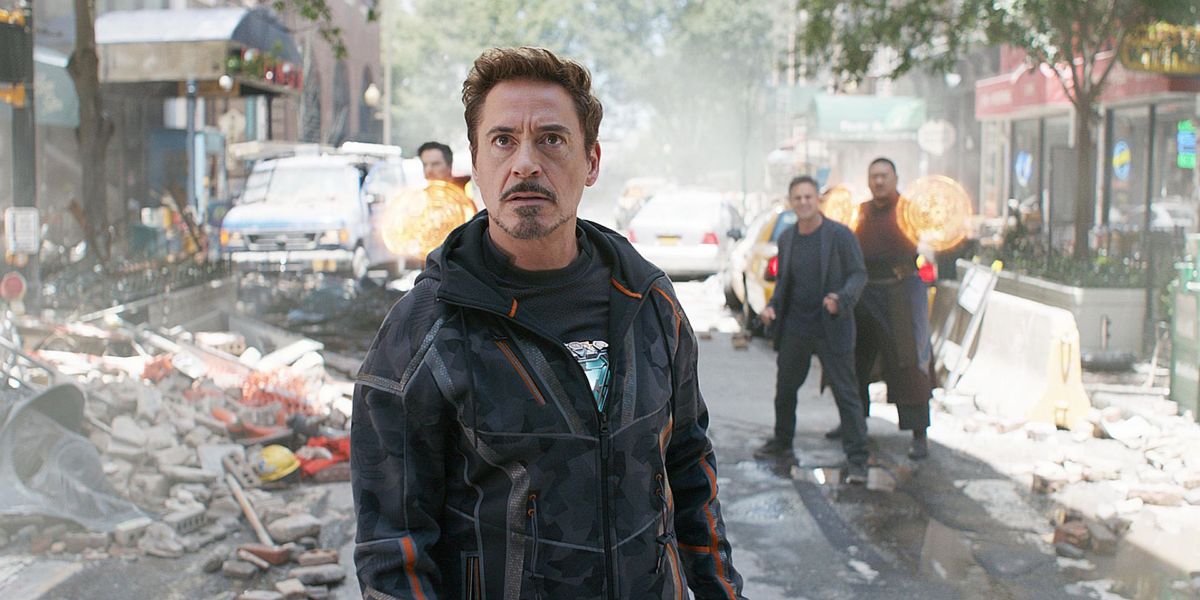 Speaking of the end, it’s time to talk about that moment during the final battle in Endgame.

Just when it seems like Thanos is ready to decimate our heroes all over again, this time wiping out all of life instead of just half of it, Tony pulls a quick one. Thanos snaps his fingers, but he is powerless. Tony has stolen the Infinity Stones from him, placed them in his own gauntlet, and snapped his fingers to send Thanos to the dusty death he deserves.

Of course, Tony would’ve preferred to live. I would’ve preferred that, too. But the choice was simple — he dies or everyone dies. It’s not really much of a choice, and I don’t think it was a hard decision for Tony to make. He also made it knowing everyone was going to be okay in the end.

All the loose threads have been tied up. He talked with Cap and his father. He built Pepper a suit so she could protect herself and their daughter. Peter and all his other friends were brought back to life. Everyone would be safe now that Thanos would be out of the picture for good.

Do I wish my favorite MCU character was still alive? Absolutely. I don’t think he needed to make this sacrifice play to prove he was a good man. He’s done that over and over again in various movies.

But I truly believe an ending like this was bound to happen sooner or later. Tony always pushed himself a little too far, and he was always so concerned with the fate of the world. He couldn’t rest until everyone was safe, but he also knew they were always going to be in danger. 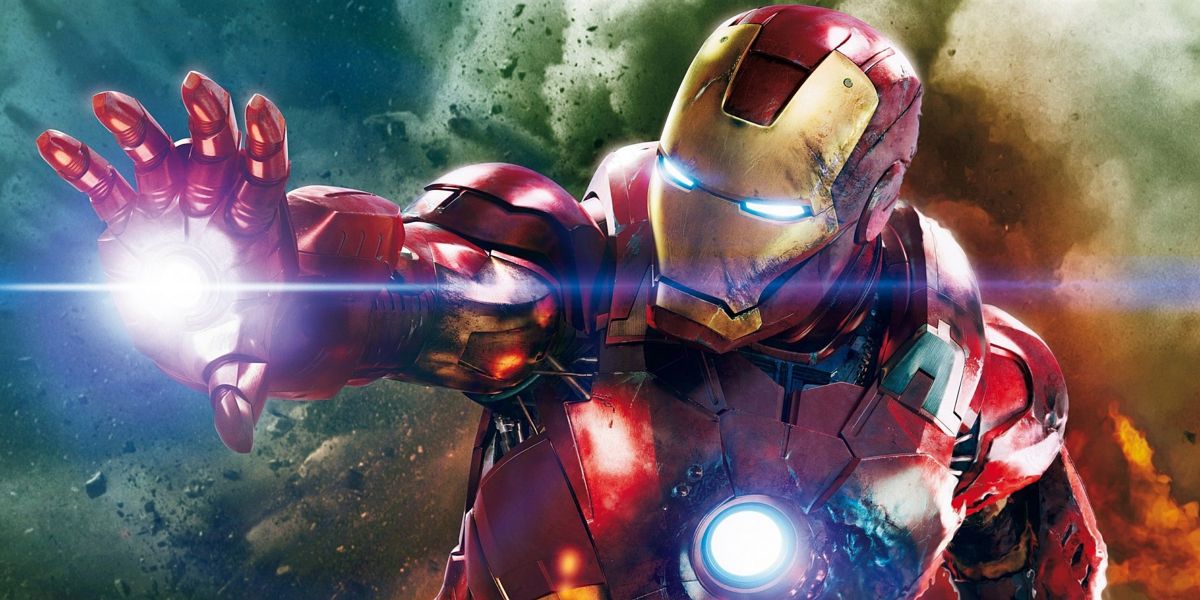 At the end of the day, I’m happy Tony went out the way he did. His goal from the very beginning was to be a better person and protect what he loved. He did both of those things when he snapped Thanos out of existence, and while it’s a tragedy to lose the founding father of the MCU, I think everything fell into place for Tony by the end.

He was surrounded by friends and family, knowing he did everything in his power to keep them safe. This is what he deserved after years of endless fighting and constant worry. He saved the entire universe.

Finally, he could rest.

What did you think of Iron Man’s arc in ‘Avengers: Endgame’?