Trust me, fellow nerds — you need to read this book.

I was excited when news broke that Avatar Kyoshi’s story would be told in novel form. As a long-time fan of Avatar: The Last Airbender and The Legend of Korra, familiar with both animated series and successive comics, I was excited to see how this more remote era of Avatar history played out on the printed page.

But I was also apprehensive. It wasn’t just that tie-in novels have a checkered history, but rather the stories of the Avatar world have always been told in such beautiful visual form; could this world successfully make the jump to novels? Could author F. C. Yee handle the formidable responsibility of a new and old story in a beloved world?

And what could the tale of Kyoshi, the longest-lived Avatar who created the fearsome Dai Li, really offer fans of the original epic series?

The answers, in order: Yes, very much yes, and a whole lot, actually.

The Rise of Kyoshi starts a bit slowly, as Yee acclimates readers to an older period of the Avatar world. The customs of life and politics within the Earth Kingdom are established, the central players explored, and Kyoshi herself (still the farthest thing from a mighty Avatar) is introduced.

But once the story hits its stride, The Rise of Kyoshi never looks back. Shocking twists, dangerous decisions, and heartrending choices pepper just about every chapter, and above it all rests Kyoshi’s studied growth from gawky teenager to legendary (and controversial) Avatar.

By the time I finished The Rise of Kyoshi, I wasn’t thinking about Aang or Korra. I was ravenous for more of this Earthbending legend, the twisted world she was trying to fix. I wanted more of her friends and loved ones — as well as the genuinely eerie enemies that stalked her early path.

A darker look at the Avatar

Right from the start, The Rise of Kyoshi makes it clear that Avatar Kyoshi has a darker and more complicated origin story than her successors Aang and Korra. That’s not to say that those two had it easy, but at the very least, both had secure childhoods and enough information to be confident in their Avatarhood.

That’s not the case for Kyoshi. Abandoned at the age of five, she grows up neglected, always on the verge of starvation. Her salvation comes not when she is discovered as the Avatar, but when she is hired as a servant in the Avatar’s household.

Yes, that’s right — the Avatar’s household. There is desperation enough to go around twice in The Rise of Kyoshi, and a good part of that comes from the former Avatar Kuruk’s companions struggling for so long to find the next reincarnation that they identify the wrong kid.

When Kyoshi’s true nature is revealed, the elements of personal grief and confusion clash with political expediency and pride to create a formidable storm. Throughout the book, readers are reminded of Kyoshi’s mixed legacy as the Avatar, and the measures she is forced to take (both to assert her identity and simply to survive) quickly set her on a path where good intentions can’t change the fact that her road might be leading to hell.

It’s intense, is what I’m saying.

The Avatar: The Last Airbender universe has had some exceptional villains in its time — Azula, Hama, The Order of The Red Lotus, Kuvira, and those are just a few. The Rise of Kyoshi, though, easily meets the high bar established by the main parts of the series. 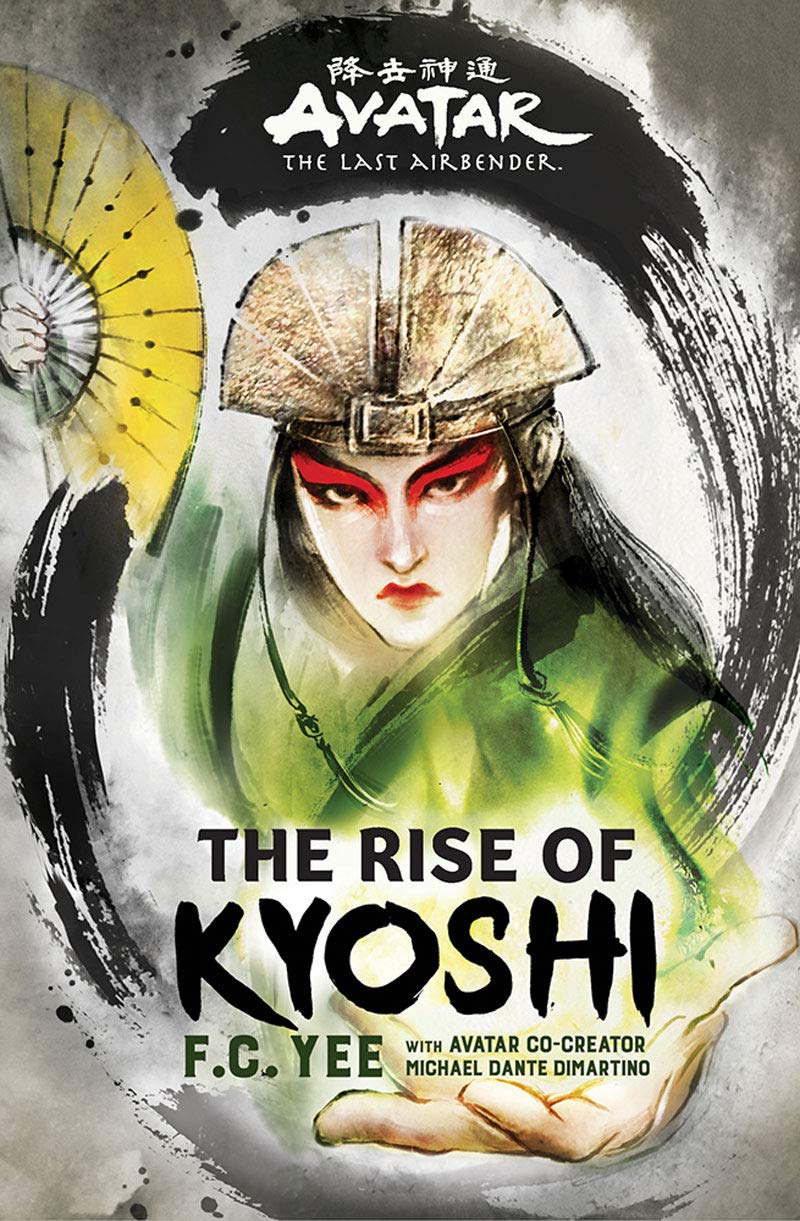 It’s a bit of a spoiler to spell out the central baddie directly. But suffice to say that F.C. Yee forces Kyoshi to confront a figure so cooly diabolical, so unflappably capable, and so utterly merciless that (like the rest of her life) the deck seems insurmountably stacked against her. Kyoshi’s antagonist holds the cards, the table, the entire gambling house, and his motives make him entirely immune to ordinary (and not so ordinary) dissuasions.

Time after time, Kyoshi’s antagonist makes it clear that he is not playing to a child’s version of villainy, and readers should anticipate a story that is equally as uncompromising.

The Rise of Kyoshi isn’t all doom and gloom, though. The story has plenty of lighter moments, humor, and arcs of real friendship as Kyoshi tries to find her feet in the rocky terrain of her identity and the fractious Earth Kingdom.

The highlight of the novel is Kyoshi’s burgeoning romantic relationship, which plays out in the context of her established bisexuality. The Rise of Kyoshi doesn’t make much hay over the fact that the object of its heroine’s affection is another girl; if that is somewhat out of the ordinary for Kyoshi’s society, Kyoshi and her love aren’t particularly bothered. Sweet and passionate, their relationship is not only eminently shippable, but rounds out the book beautifully, and makes the prospect of future installments particularly exciting to anticipate.

This thing makes you think

One of the greatest things about the Avatar-verse is the thought and care with which its stories tackle complex moral and philosophical ideas. The Rise of Kyoshi is no exception.

Most notable is the way the novel approaches the taking of life. This challenging theme is something that Avatar: The Last Airbender and even The Legend of Korra chose not to address head-on, but The Rise of Kyoshi charges right into that breach. Death and killing mark Kyoshi’s mentors and plague her path to becoming the Avatar. Loss comes to define much of the way she approaches her position, both personally and politically.

Related: 8 stories the Avatar: The Last Airbender live-action series should expand for Netflix

But The Rise of Kyoshi is less concerned with finding a definitive answer to whether or not capital punishments can be morally justified; instead, it’s much more interested in the effect of these actions on its protagonist, her friends, and the structure of the world around her.

The same goes for other nuanced ideas running through The Rise of Kyoshi. The utility of revenge, the debt owed to family, the price of choosing to look at the world through only a micro or macro lens. Through Kyoshi, her teachers, enemies, and friends, the novel explores these concepts with weight and sensitivity — but leaves its readers with more to think about than answers to catalogue.

Kyoshi is just getting started

The first of a planned duology, The Rise of Kyoshi has a firm footing in the physical world of politics and identity. But with a tantalizing cliffhanger, it looks very much like the sequel will tackle the ever-fascinating Spirit Realm, including the mythology of the Avatar Spirit… and possibly, exactly what went down between Kuruk and long-shadowed Avatar villain, Koh the Face Stealer.

The Rise of Kyoshi by F. C. Yee is available now from Amazon, Barnes and Noble, and your local independent bookseller.