We use cookies to ensure that we give you the best experience on Hypable. If you continue to visit us, we will assume that you are happy with it.
11:00 am EDT, April 7, 2019

Arya Stark should win the Game of Thrones

While she might not be a frontrunner to rule all of Westeros, Arya has one of the most unique skill sets on Game of Thrones and deserves a chance at the crown.

Arya Stark has come such a long way from the early days of Game of Thrones. She was such a child, more so than her sister Sansa, and so naive about how the world operates. That innocence allowed her to dream big and stay true to herself, but she also had some tough lessons to learn.

The Stark family all have good heads on their shoulders, and while Arya might not be a top contender when it comes to claiming the Iron Throne, it’s important we don’t discount her. Sometimes the best ruler is the one you’re least likely to consider.

While I respect everyone’s opinions on who should ultimately rule Westeros, I’ve got to throw my girl Arya in the ring for a few different reasons. You might just be surprised by how well she does.

Arya has had a foot in both worlds her whole life 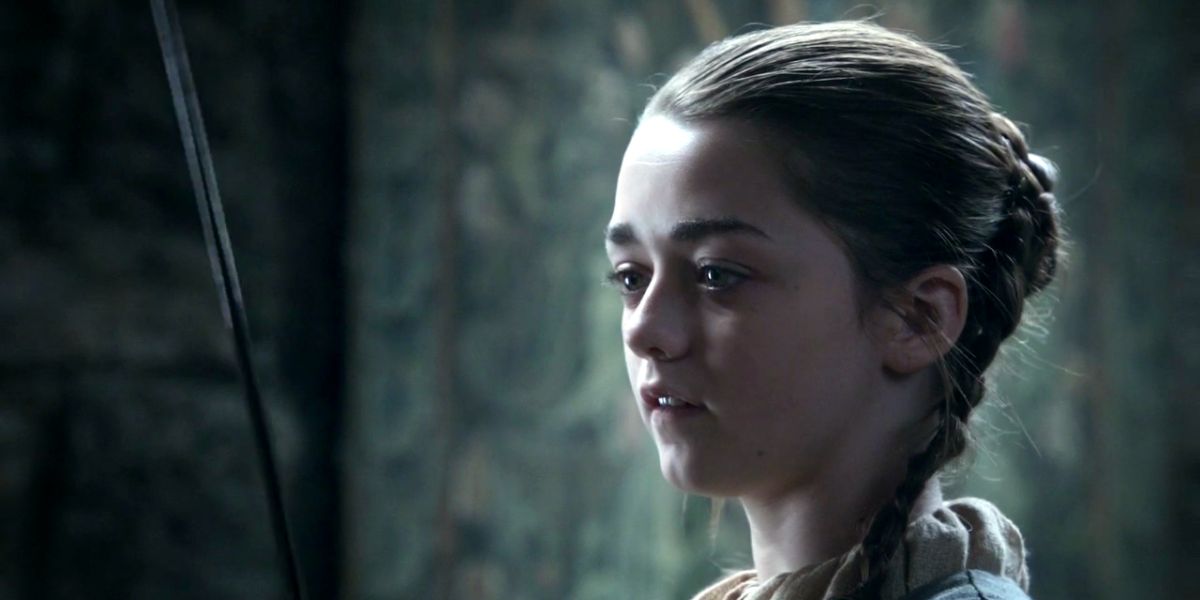 Arya grew up in Winterfell as the daughter of Eddard Stark, the Lord Paramount of the North, and trained as a Lady of House Stark. While Arya certainly rejected the expectation that she act anything like her sister Sansa, she did have a basic understanding of what was expected of both her and her House in relation to the Seven Kingdoms and in servitude to King Robert Baratheon.

But Arya was always a little different. Instead of needlepoint, she wanted to learn swordfighting. Instead of marrying for power and influence, she wanted the chance to become a knight or sit on a king’s council. While Arya’s dreams were based in an ignorance of what she was allowed to do, she also never stopped dreaming of being more than a wife or mother once she learned the truth.

After her father was murdered before her eyes, Arya had to fight for her life just like Sansa, but in a much different way. Living on the streets, hunting pigeons for food, and pretending to be a boy made Arya see the world from outside the comfort of the castle walls.

Life only got harder from there, but Arya never gave up. She worked with a dogged determination to survive and even prosper. She learned new skills that would help her achieve her goals, and when she finally returned home, she did so with the air of someone who had gained experience well beyond her years.

Not only does Arya understand how high society operates, but she’s also been at the complete other end of the spectrum. That understanding of people, and her subjects in particular, is extremely important to have if you plan on being an effective leader.

Arya has a unique skill set 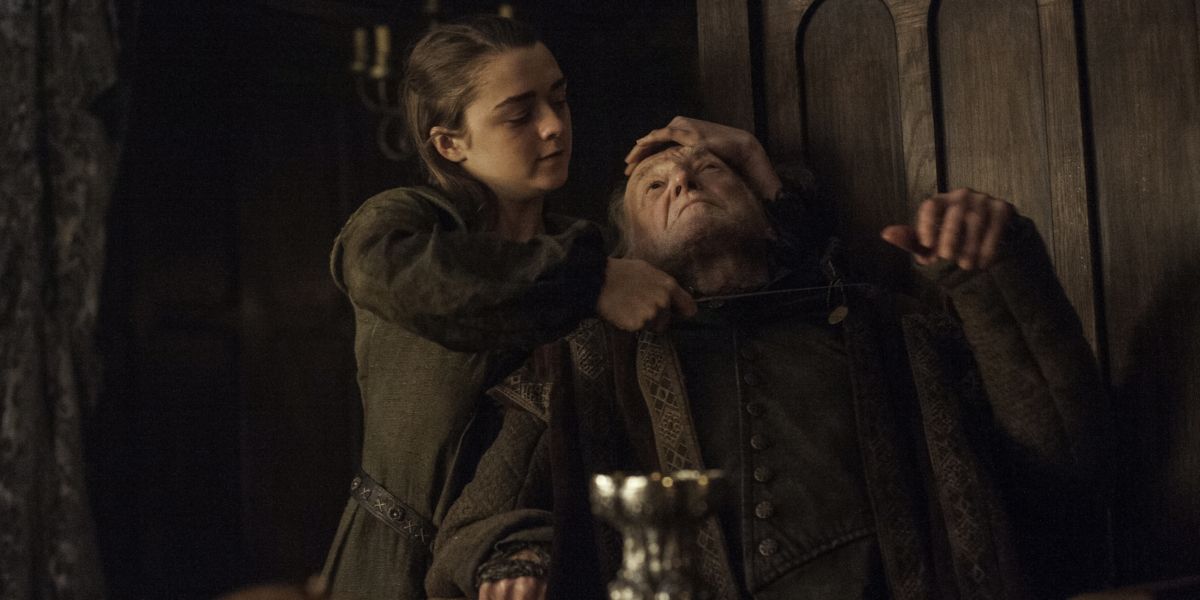 Having trained with the Faceless Men in Braavos, Arya boasts a particular set of skills that no other candidate can. While some of the other contenders may be smart or good with a sword, there’s something about Arya that makes her even more dangerous. She has all of this and more, including the ability to become someone else.

Even before Arya trained with Jaquen, she was light on her feet, a quick study, and extremely resourceful. After surviving on the streets, she ended up being a cup-bearer for one of the most ruthless characters on Game of Thrones: Tywin Lannister. Though Tywin knew Arya wasn’t telling the truth about who she was, he never did figure out who was hiding right under his nose — even when everyone was looking for her.

Arya’s childhood education should not be dismissed, but it’s her training as an assassin that really gives her an edge. Not only can she read books, but she can also read people, and when you’re trying to keep your crown, that skill is paramount to your success.

She’s seen the world and the diversity it holds. She knows how people operate, and she knows the best way to beat your opponent isn’t always in an all-out war. Just look at what she did to Meryn Trant. Or Walder Frey. Or Littlefinger.

Being both cunning and dangerous is a formidable combination, and those two words can certainly be used to describe Arya Stark.

Arya is no one’s puppet 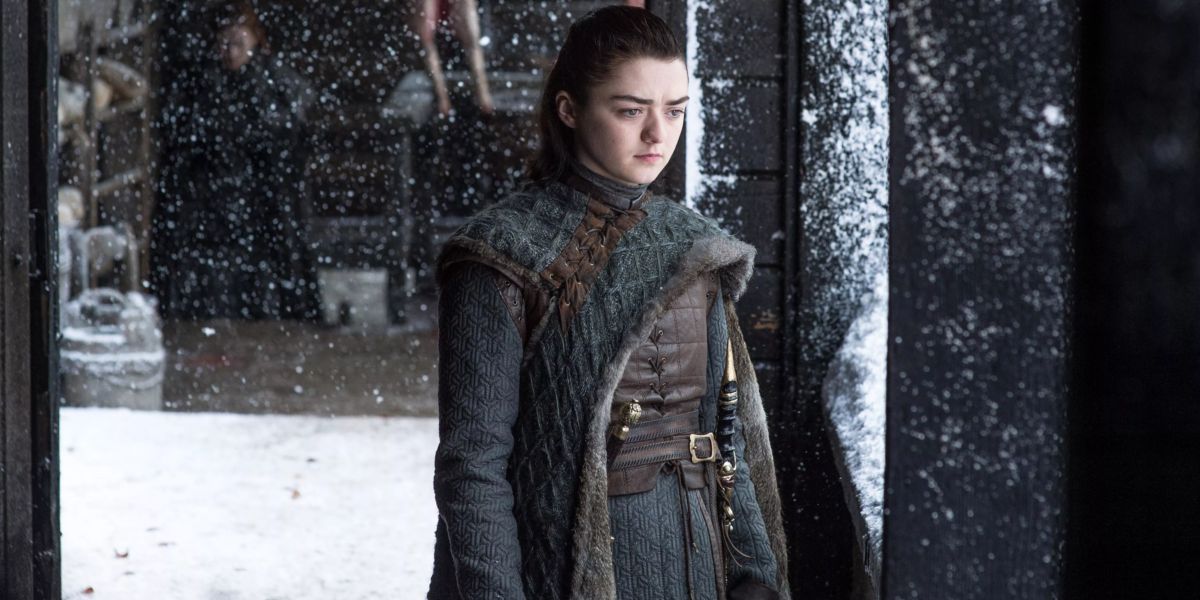 One of the most fascinating parts of Arya’s journey thus far has been watching her train with the Faceless Men. It was a difficult and confusing time for her, having survived so much already and not knowing how much more would end up coming her way. She lost her father and several other members of her family, and she nearly lost herself in the process.

Revenge has always been a large part of Arya’s story, for better or for worse. She’s killed plenty of people, though admittedly most of them deserved it. She also understands the piercing pain of tragedy, but she didn’t let it cripple her. Instead, it has been her motivation since her father’s execution. It has driven her to go beyond what she initially thought she was capable of, and that has made her a better warrior.

Arya has been independent all her life, starting with her disinterest in the skills expected of her as a lady of House Stark. This only intensified as she trained with the Faceless Men. She was meant to reject her own identity and do the bidding of the Many-Faced God. But that was never an option for her. She may have let go of some of the blind anger that propelled her in the beginning, much to her benefit, but she never allowed herself to forget where she came from.

If Arya were to win the Game of Thrones, she would be a righteous but ultimately decisive ruler. While Jon can be a bit idealistic and Cersei is certainly her father’s daughter, Arya would live well in the gray. She’s not afraid to kill someone for the greater good, but she’s also capable of making sound judgment calls and knows when someone deserves that kind of punishment and when they don’t.

That, above all else, makes for the kind of leader who will achieve greatness.

Don’t think Arya Stark is the best choice to rule the Iron Throne? See more below!