We use cookies to ensure that we give you the best experience on Hypable. If you continue to visit us, we will assume that you are happy with it.
2:00 pm EDT, May 14, 2021

Today, The Woman in the Window drops on Netflix, after years of delays and reedits for the Amy Adams / Joe Wright collaboration. To celebrate the release, we are counting down the top ten performances from six-time Academy Award nominee Amy Adams’ remarkable twenty year career. 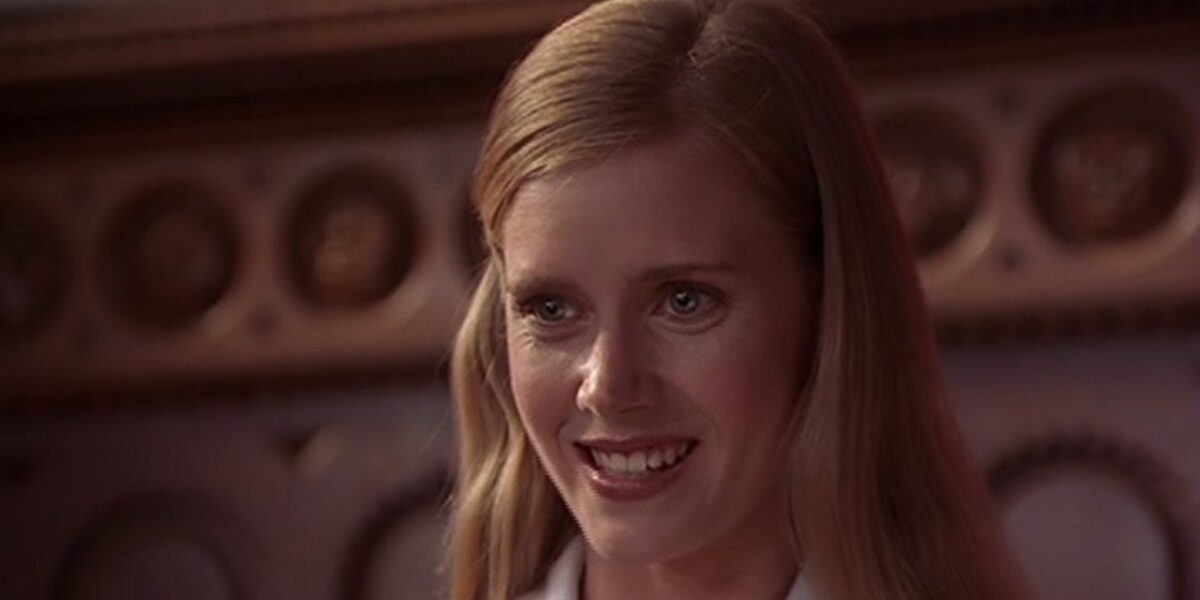 Now, hear me out. After the success of Cruel Intentions, the teenage adaptation of the pre-revolution French period drama Dangerous Liaisons, the concept was to be adapted into a show. They shot a pilot, with Adams stepping into the Grand Dame Manipulator role played by Sarah Michelle Gellar in the first Intentions and Glenn Close in Liaisons. When the show didn’t get picked up, they shot 45 more minutes and released the film direct to DVD. Adams sinks her teeth into the part, and is the only performer who has any idea what the tone of the project is supposed to be, deliciously spouting lines like “No one, and I mean no one, is about to threaten my cushy lifestyle. Especially not some two-bit hick loser like you!” 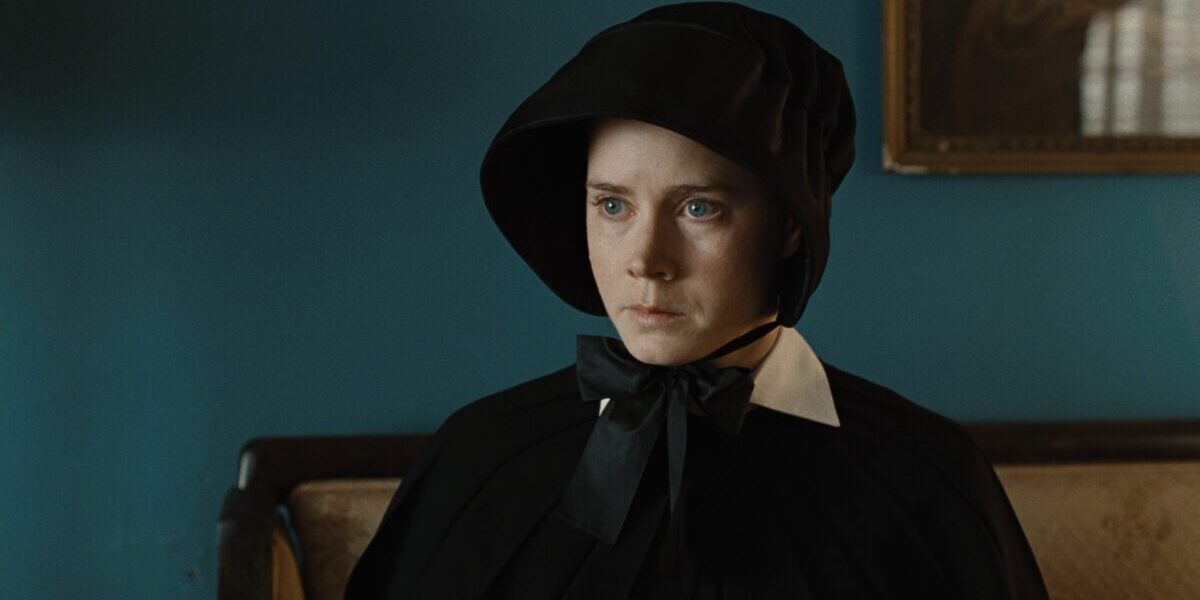 Adams received her second Academy Award nomination for Doubt, playing the sweet and naïve nun and teacher Sister James at a Catholic school in the Bronx. By this point in her career, sweet and naïve was already a strong persona associated with her. Sister James is the teacher to the school’s only black student, whom she suspects may have been abused by the priest Father Flynn (Philip Seymour Hoffman). It is a great part for Adams, whose bubbly energy is channeled here beautifully as the skeptical but easily assuaged nun. 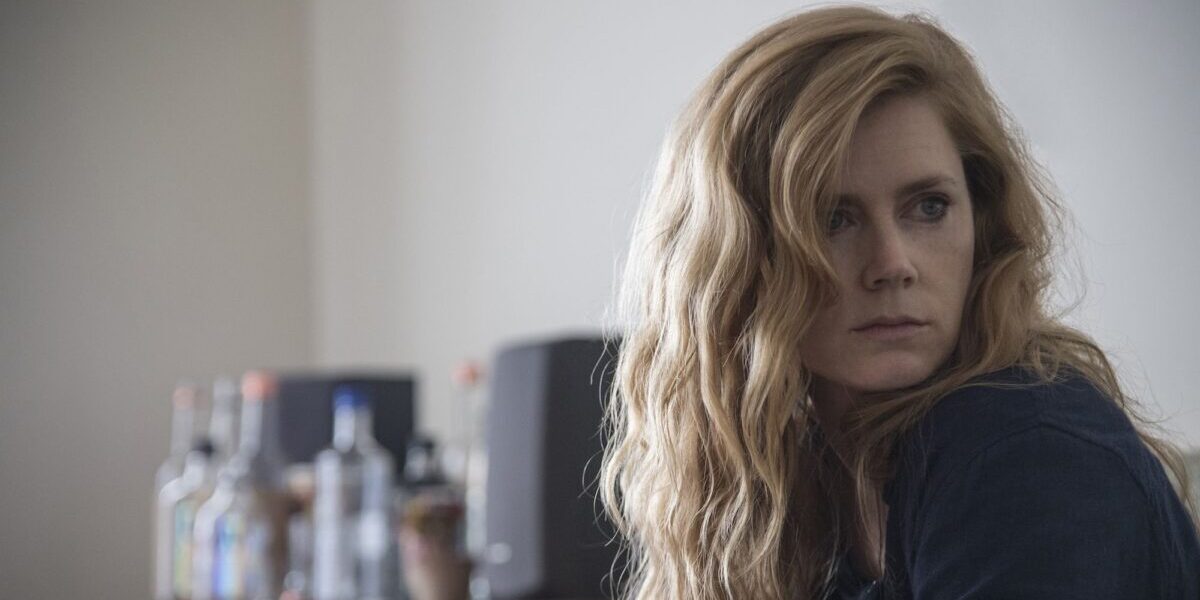 After the boffo success of HBO’s Big Little Lies, it seemed suddenly every major actress got her own prestige murder mini-series. Sharp Objects, based on the novel by Gone Girl author Gillian Flynn and directed by Jean Marc Vallee (who, in fact, also directed Big Little Lies) was Amy Adams’ turn at the wheel. She plays Camille Preaker, a journalist who has come home to investigate a series of murders—opening up old wounds, such as the fact that her mother (a terrific Patricia Clarkson) never loved her as much as her sister, who died when they were teens. While Adams is known for her charming, upbeat persona, her darker turns allow her to explore that same expressive vulnerability in a much more challenging way. 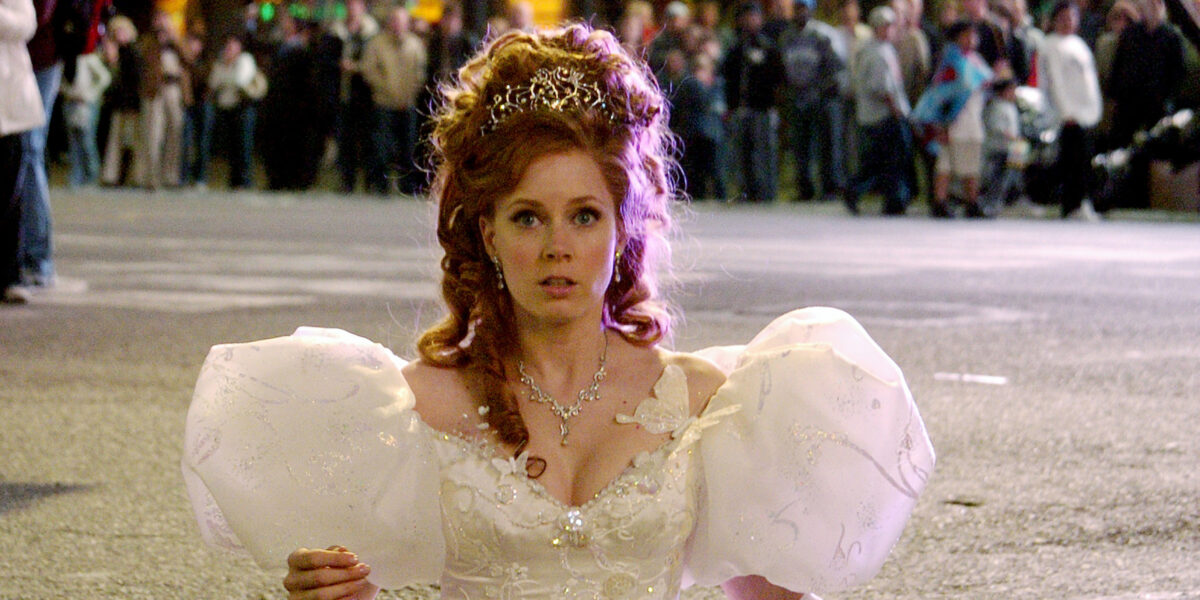 This was the world’s major introduction to Amy Adams: Movie Star. While she had already had several stand-out supporting roles (one of which landing her first Oscar nomination—but more on that later) plus a three-episode arc on the first season of the beloved NBC sitcom The Office, Enchanted was Adams’ first major starring role—as a young maiden about to wed a prince in a Disney animated musical who is sent to the real world New York City. The sweet and positive persona that was started in her earlier work crystallized here. It also proved her to be a major threat as a singer, comic actress, and dramatic actress, not to mention that it proved that she could carry her own film. One of Adams’ great strengths as a performer is her ability to play a stylized performance without sacrificing depth of emotion and vulnerability. Her Giselle may be a literal cartoon come to life, but as played by Adams, she is still a fully rounded and authentic human being 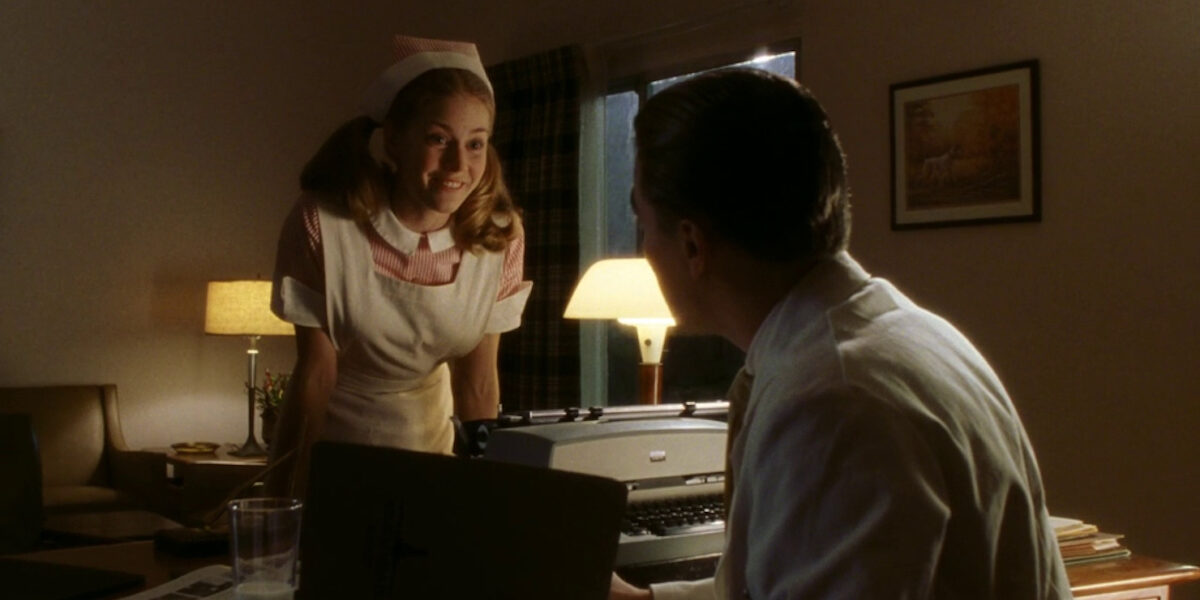 Adams had a small but memorable role in Steven Spielberg’s Catch Me If You Can, the story of con man Frank Abagnale Jr. (Leonardo DiCaprio), and FBI agent Carl Hanratty’s (Tom Hanks) decades long pursuit to catch him. Adams plays a nurse, Brenda, at the hospital where Frank is pretending to be a doctor. The two fall in love and get engaged, but of course, a happy ending was not to be. Spielberg often said after that he was shocked her career took several more years to take off, after her warm, charming performance in this film.

In Paul Thomas Anderson’s masterpiece The Master, Adams plays the wife of the founder of the Scientology-like cult known as “The Cause”, Lancaster Dodd (Hoffman, again). It was one of the earliest subversions of her already strong persona as a bubbly dilettante, showing her positive sweetness with an undercurrent of menace. Mrs. Dodd plays the supportive wife in public, but in private, Adams channels a Lady Macbeth-like control over her husband, at one point giving him a completely nonsexual hand job over the bathroom sink. 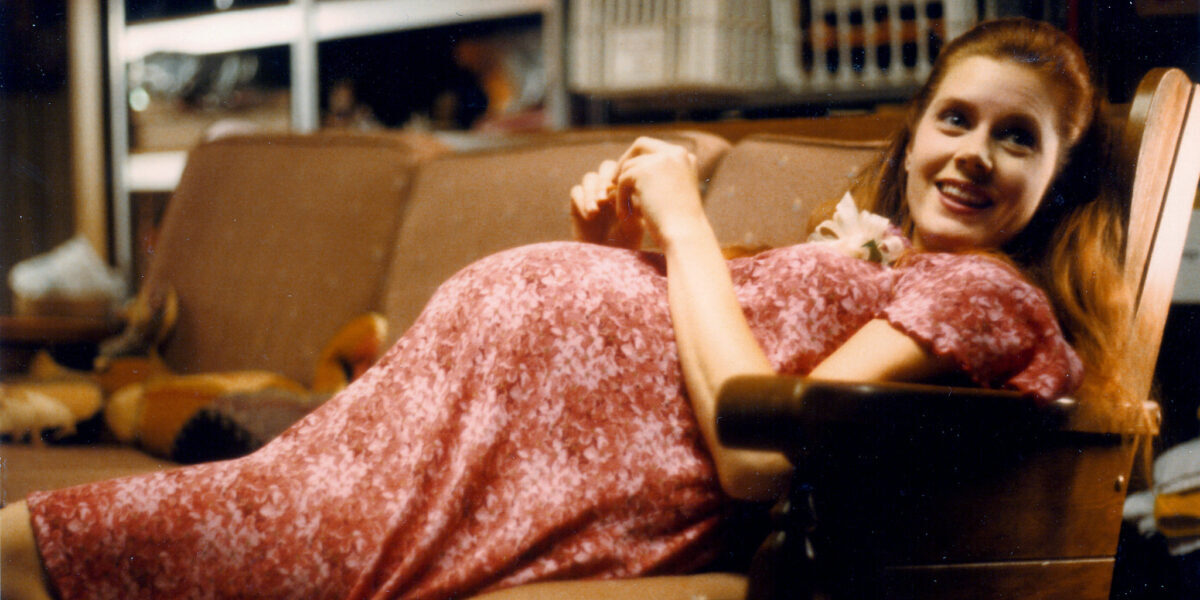 It was very hard to rank the top four performances, and really, each one gives a different flavor of what Adams can do, and each is the best of that flavor. Each is deserving of the top slot. Adams received her first Academy Award nomination for this performance; the film follows an art dealer Madeleine (Embeth Davidtz) who has to go to North Carolina to meet with an artist, and since her new husband George (Alessandro Nivola) grew up nearby, the couple takes the opportunity to spend time with his family. Adams plays the extremely pregnant wife, Ashley, of George’s younger brother Johnny (Ben McKenzie).

Ashley is the pinnacle of southern hospitality and grace, though perhaps a little too talkative, a little too naïve; one memorable moment in the film is when Ashley is showing Madeleine the room they’ll be staying in, and Ashley says if she ever wants to talk just knock on the wall and Ashley will come out in the hallways to chat. She’s overbearing, but she means well. Later, Madeleine gives Ashley an antique baby spoon for her wedding shower, and while the other guests lightly mock the gift for its lack of practicality, Ashley, herself, is deeply moved and gives Madeleine a warm hug. It’s just who she is, and it showed us that’s who Amy Adams is. 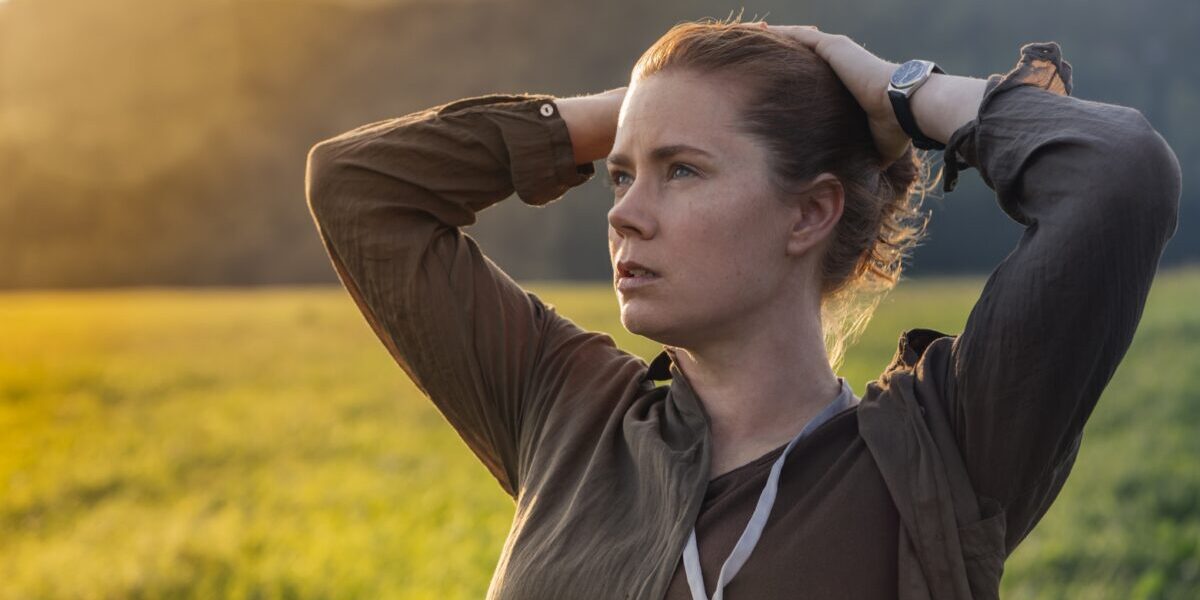 In Arrival, Adams plays linguist Louise Banks, who is tasked with trying to decipher the language of an extraterrestrial race that has landed twelve ships across earth, all while dealing with the death of her daughter. The film is a showcase for Adams, who is able to channel empathy, grief, courage, and fear at any given moment all at once; as the film progresses to become about time travel, the layers of what Adams does, knowing the actual timeline of her character’s experience, becomes all the more poignant and beautiful. 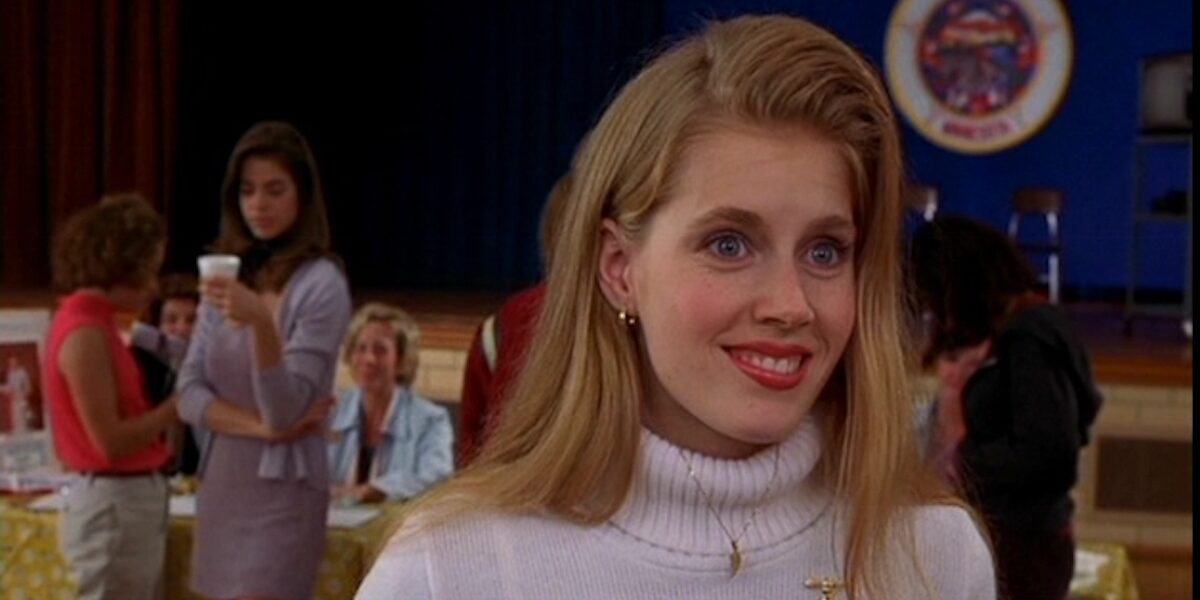 In the mid-to-late 90s, Adams lived in Chanhassen, Minnesota working in dinner theater when she was cast in Drop Dead Gorgeous, which was filming in the area. The beloved cult film is a savage look at local beauty pageants, with a stacked cast that includes Kirsten Dunst, Kirstie Alley, Denise Richards, and Allison Janney, among many others. Adams soars as the ditzy, popular cheerleader Leslie Miller. Adams is frequently the most committed performer in any film she’s in, and it was no different in her very first screen credit—there’s a moment where all the beauty pageant contestants are performing a dance together, and all of the other girls are doing their best, but Adams’ Leslie, the perfectionist cheerleader, is dancing for her life. 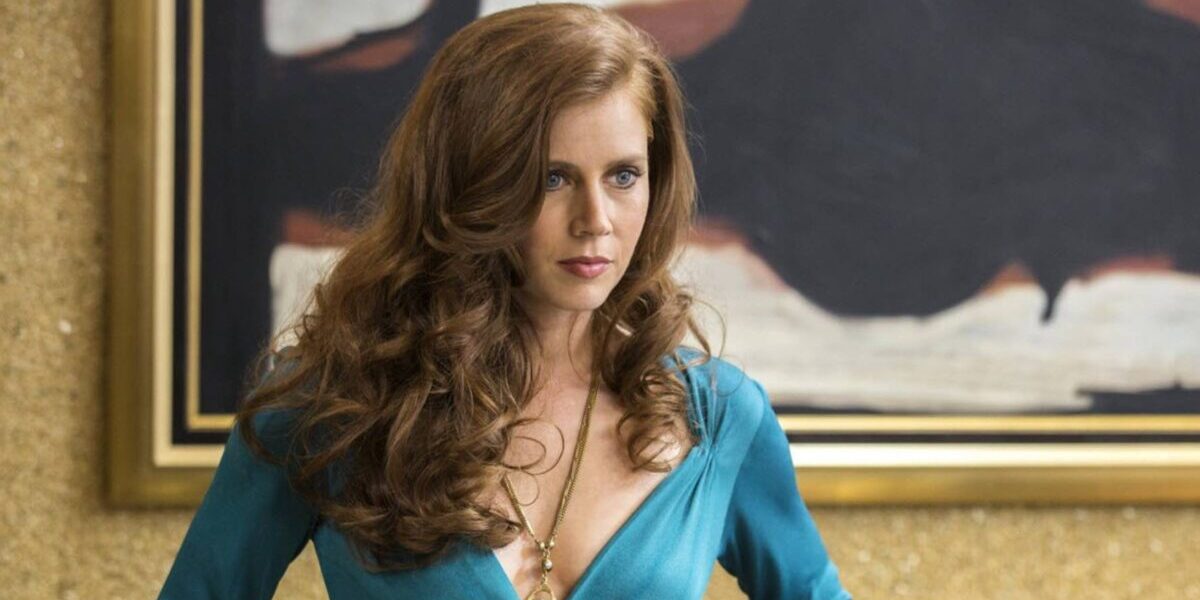 Adams received her first and, so far, only academy award nomination in the leading actress category for her role as a con woman in David O Russell’s crime drama. I struggled with whether or not to include the film at all on the list, because Adams has spoken of Russell’s verbal abuse on set making the film, but her work is extraordinary in the film and, ultimately, worth celebrating. She is often playing a character who is playing a character who is playing another character all at once, trying to juggle all of these multiple identities. It’s a raw, uncompromising performance that doesn’t rely on her established persona in any way. There’s no hint of the Adams we’ve come to know and love, only a woman trying to get through her life as best she can with what she has to work with. I have no doubt that Adams will be given a role as rich as this another time in the future, and it will no doubt be the role that finally lands Amy Adams that Oscar.

‘The Woman in the Window’ is now streaming on Netflix