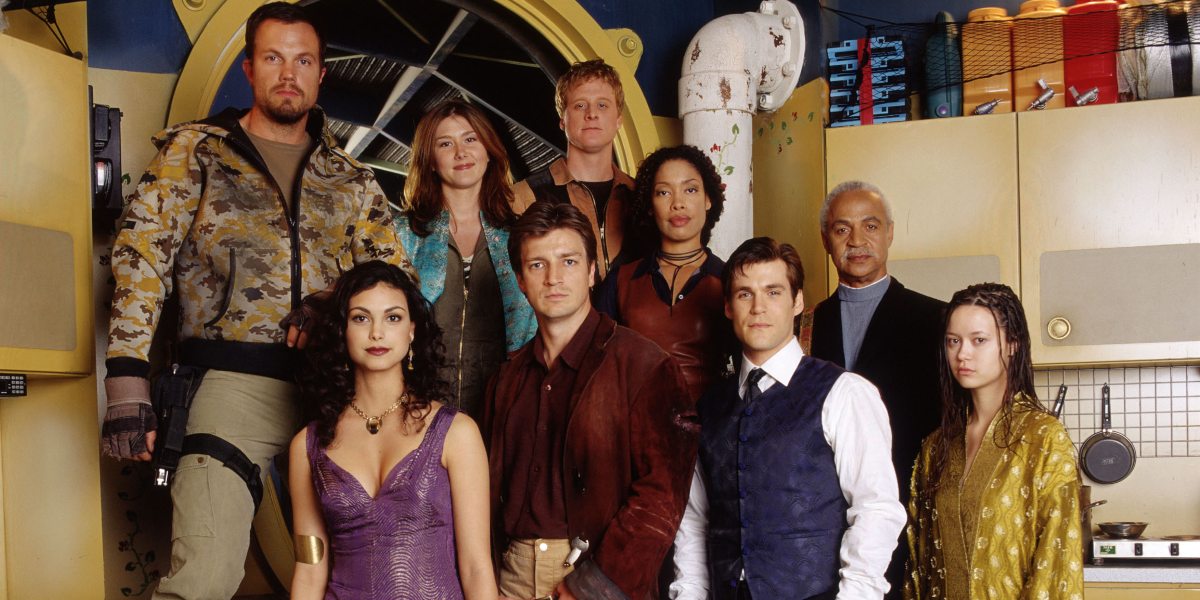 A space western set 500 years in the future, Firefly didn’t even finish its first season in the fall of 2002 before it was cancelled by Fox; however, that didn’t stop it from achieving legendary status. Created by Joss Whedon and featuring an ensemble cast including Nathan Fillion, Alan Tudyk, and Gina Torres, the crew of a Firefly-class spaceship tries to make a few bucks and survive in a post-war universe.

It gained popularity and legions of fans with its release on DVD, and unlike many other axed shows, Firefly was given the chance to continue its story on the big screen in the 2005 film Serenity.