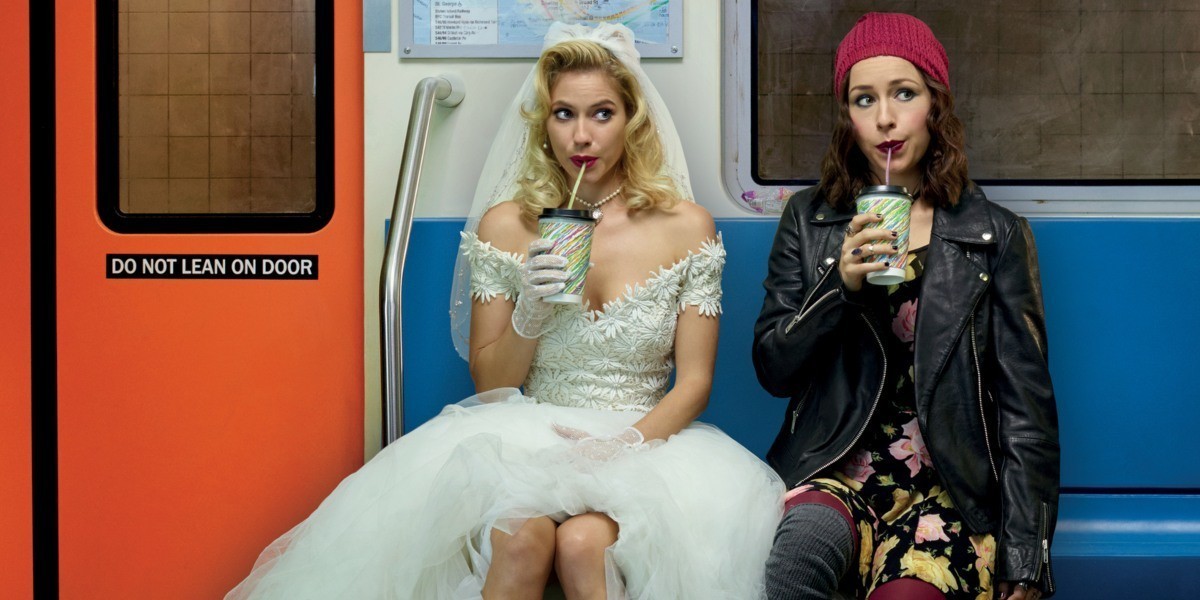 With her 40th birthday and a second marriage on the horizon, Becca (Laura Ramsey) is given the chance to change her past and mend the relationship with her former best friend, Lolly (Sarah Goldberg). Becca passes out in an elevator and is transported back in time to the morning of her first wedding in 1995 and is reunited with Lolly.

Becca believes the universe has given her a do-over, and while she has a bit of trouble readjusting to life in the ’90s, she tries to change the course of her relationship with Lolly.

An intriguing mix of rom-com and sci-fi, Hindsight was renewed for a second season, but a change in regime at VH1 pulled the plug on it as prep was under way. Although season 1 ended on one heckuva cliffhanger, it’s definitely worth tracking down and watching.