In last week’s episode, the team wrung their hands over the fate of a future enemy, and were whisked away into the future. This week, it’s time for an update in aesthetic… and hijinks definitely ensue in “Alien Commies From the Future!”

Questions of time and space are always pressing on Agents of S.H.I.E.L.D. But even as they zip through the past, finding themselves adrift in the mysteries of time, our agents are increasingly forced to focus their curiosity on a different question.

Where and when they are is certainly important. But who they are is becoming an increasingly prominent problem.

From giddily feigned identities to terrifying moments that force agents to question their essential selves, “Alien Commies From the Future!” keeps nudging our heroes to probe at deep and important uncertainties.

But as the episode title suggests, all of this probing takes place in the sunny purview of what can only be called a romp. Right from its deliciously kitschy title card, Agents of S.H.I.E.L.D. season 7, episode 3 proceeds with a spring in its step, cheeky and bright as the technicolor diner where this week’s heist begins.

Once again, the team — now aware that they are being towed through time on the backdraft of the Chronicom’s quest — is tasked with thwarting their robot-alien-enemies latest goal. This time, the destruction of ion fusion technology demands infiltration of the S.H.I.E.L.D. base at Area 51. 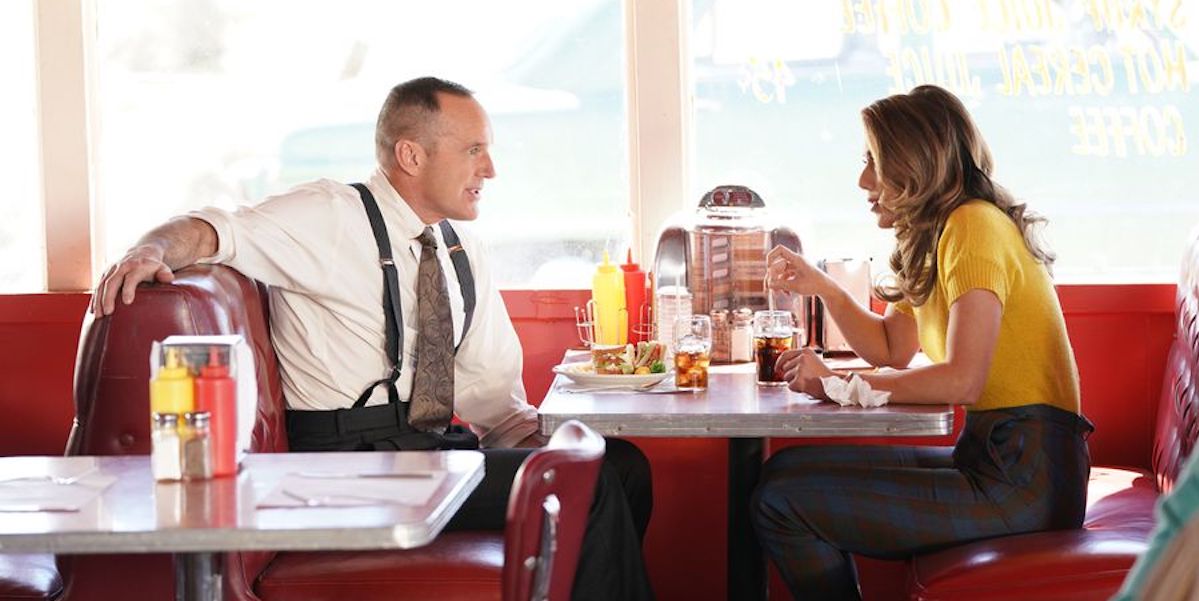 Coulson and Simmons take the lead, adopting new identities as the kidnapped racist slime-ball Gerald Sharpe and (to her and the audience’s intense delight) Peggy Carter. Simmons glows in her pretense, happy to be Peggy for as long as circumstances allow. Which turns out not to be a particularly long time, as Agent Daniel Sousa, former partner and partner of actual said Carter, just so happens to work at the same base.

Charmingly flushed at the idea of seeing Peggy again, Sousa’s eagerness morphs into professional suspicion when he finds an extremely-not-Peggy in her place. She and Coulson are bashfully apprehended, leaving Sousa with a mystery and more incoming agents on his hands.

While I’m on Sousa (ahem) this seems like a good place to praise the seamless integration of one of Agent Carter‘s leading men into the quirky conviviality of Agents of S.H.I.E.L.D. Enver Gjokaj (who worked with show runners Maurissa Tancharoen and Jed Whedon on Joss Whedon’s Dollhouse) slips into the rhythm of the cast like he’s been there all along. Engaging in effortless, crackling repartee with Simmons and later Daisy (who turns up, also in disguise, as an all-knowing CIA agent) Sousa’s stoic suspicion provides a grounding energy for an episode that occasionally feels light enough to float away. 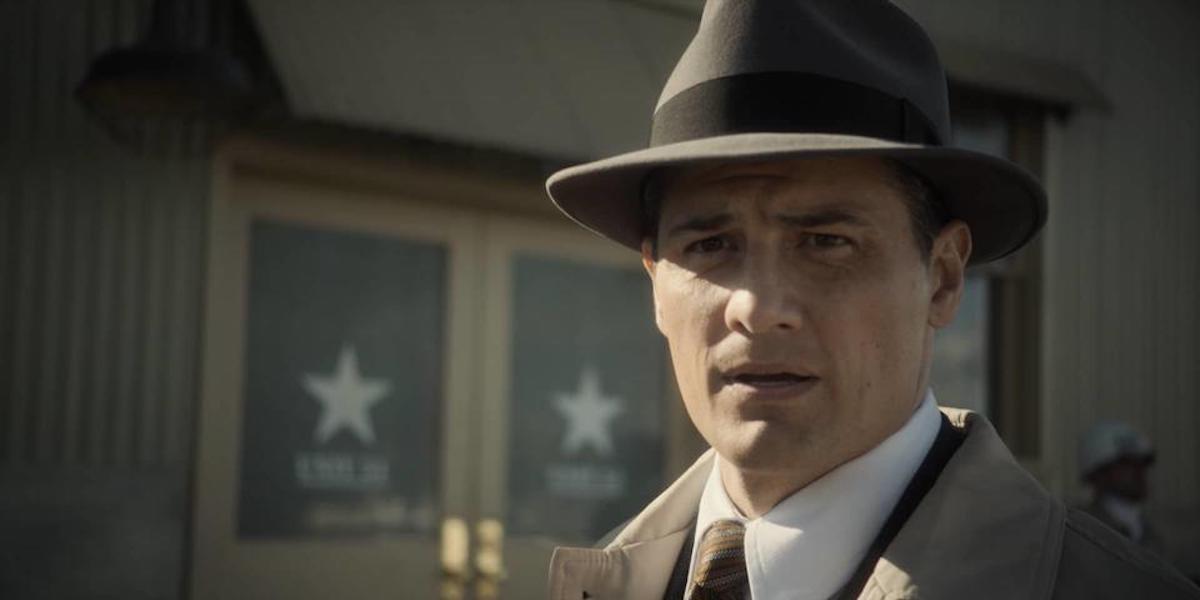 Which is not to say that “Alien Commies From the Future!” (again, in spite of the title) is all fun and games. Agents of S.H.I.E.L.D. still hasn’t quite found its lane as far as translating historical attitudes towards race into its sci-fi aesthetic. Some of the allusions to these weighty issues (a nod at segregation, a disapproving waitress, and discriminatory language) land with something of an ungraceful thunk.

Still, the questions raised by the issue harmonize nicely with the bigger ideas of Agents of S.H.I.E.L.D. season 7, episode 3. With the increasingly distasteful Sharpe on board, the necessary politics of race permeate even the hyper-modern confines of the Zephyr. (Not that, given real-world events, that is particularly surprising.)

The team’s traditional power dynamics prove ineffective in the face of Sharpe’s intransigence, as he refuses to take Mack, Elena, or May seriously as interrogators. Instead, it’s Deke (just objectively way less scary than any of his superiors) who has to step in.

Deke’s physical identity as a white man affords him with a perceived identity that everyone knows he hasn’t really earned. His brief tenure authority is as feigned as Simmons’ Agent Carter ID card, and equally as flimsy.

To his credit, at least Deke is aware of this. He too is struggling with his identity, his place on the S.H.I.E.L.D. team, and the changes that he hopes are less superficial than race. “I’m not the guy you met in the Lighthouse,” he tells Daisy, a declaration that she accepts. It’s hard to imagine the shifty, wheeler-dealer space-gutter rat persona disappearing completely, but hey, character growth is a good thing. 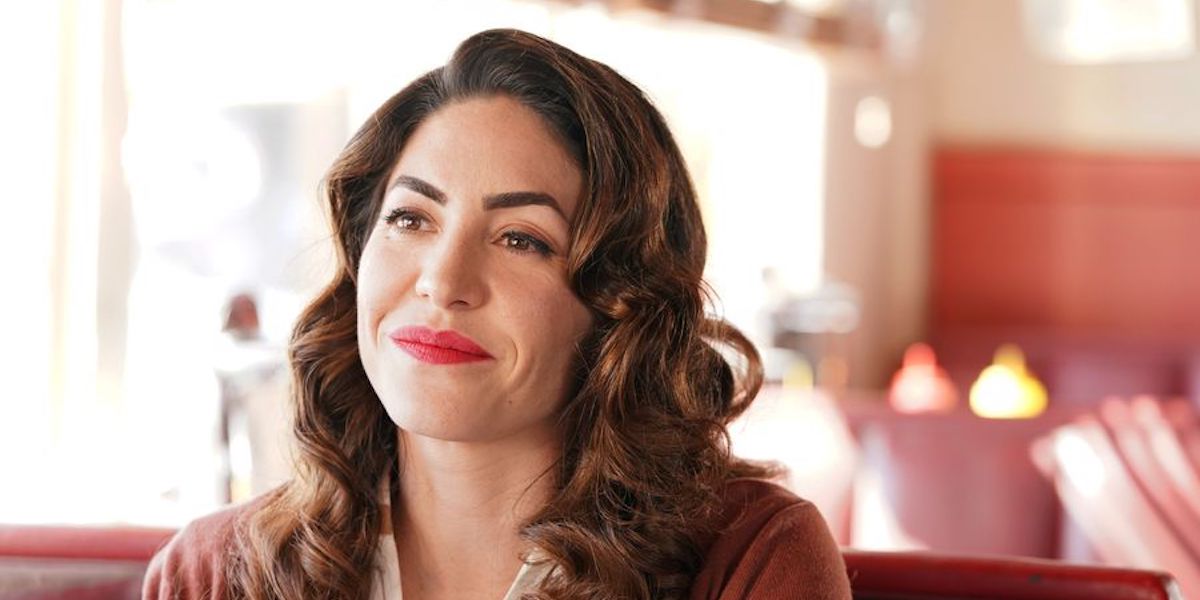 Meanwhile Elena and May are not so much experiencing character growth as a mysterious and deeply upsetting regression. Coulson and Daisy both note that May’s behavior is extremely unusual, while Elena confesses to Mack that she could not use her powers and is still recovering from her shrike infection.

Both of these issues come to a head when May and Elena set off gas bombs to identify the Chronicom who has infiltrated the base. (Coulson and Simmons’ amusing attempt to emotionally provoke every scientist in a ten mile radius is as effective as it is scientific, which is to say, not at all.) The chaos triggers an uncharacteristic and terrifying panic attack in May, leaving Elena to apprehend the escaping Chronicom — which she cannot do, as her powers fail her once again.

May and Elena recover enough to engage in a pitched battle with the Chronicom, who intends to self-destruct in order to provide the needed power for the ion fusion… thing.

But there’s no avoiding the fact that both women, long-suffering and yet unaccustomed to prioritizing their emotions, are struggling with problems that, uncharacteristic though they might be, will eventually demand attention. Neither May nor Elena will be able to truly find themselves until they confront what weighs them down; and that probably won’t be a fight they can wage with their fists.

Finally, Coulson too veers into uncharted character territory. For most of the episode he is in charmed territory, star-struck at meeting Sousa and gleefully touring the past with a barely-concealed grin. He is in his element and then some, going toe-to-toe with another undercover Chronicom.

Until Simmons pulls the EMP switch, deactivating anything within range that works on LMD technology. Coulson collapses, because there remains a mechanical barrier between his identity and his form. He is Coulson, and he isn’t, all at once. The question of who he is remains, for now, unresolved.

And, as the trailer for next week’s episode suggests, that’s a matter of consequence far beyond Coulson himself. That’s a matter for the future, though; until then, let’s enjoy the laughs, take a moment to relax… and pray for Daniel Sousa.