Agents of S.H.I.E.L.D. season 7, episode 9 had major implications for Enoch. We spoke to Joel Stoffer about what it all means, and what is still to come.

This interview contains spoilers for Agents of S.H.I.E.L.D. season 7, episode 9, “As I Have Always Been.”

The sentient Chronicom Enoch may have become one of the most unexpected breakout characters on Agents of S.H.I.E.L.D. Quirky, resourceful, lovable, and increasingly hilarious, Enoch not only won the best-friendship of Fitz, but the heartfelt love of the team and the fandom.

And in “As I Have Always Been,” Enoch’s unexpected journey came to an end, when our space-robot-puppy sacrificed his life (again) to save the S.H.I.E.L.D. team. Actor Joel Stoffer looks back on his time on the series, and shares his thoughts on what might be to come in the final act of Agents of S.H.I.E.L.D.‘s final season.

Looking back on Enoch’s arc, he’s really evolved tremendously over his time on the show. What was it like to portray that evolution?

It was a real joy! I didn’t expect it. I was like, okay, I’m a “Silhouetted Man” [in the season 4 finale] and you’re not even really gonna see me, they could have hired anybody for this role. Why me? And I was so glad that they did hire me. I was so thrilled to be there, and as the character kept evolving and they kept adding more episodes for me to play. They brought me back after they killed me in episode 10 of season 5, and to get to play an arc of a character over a number of seasons was a really rare thing. 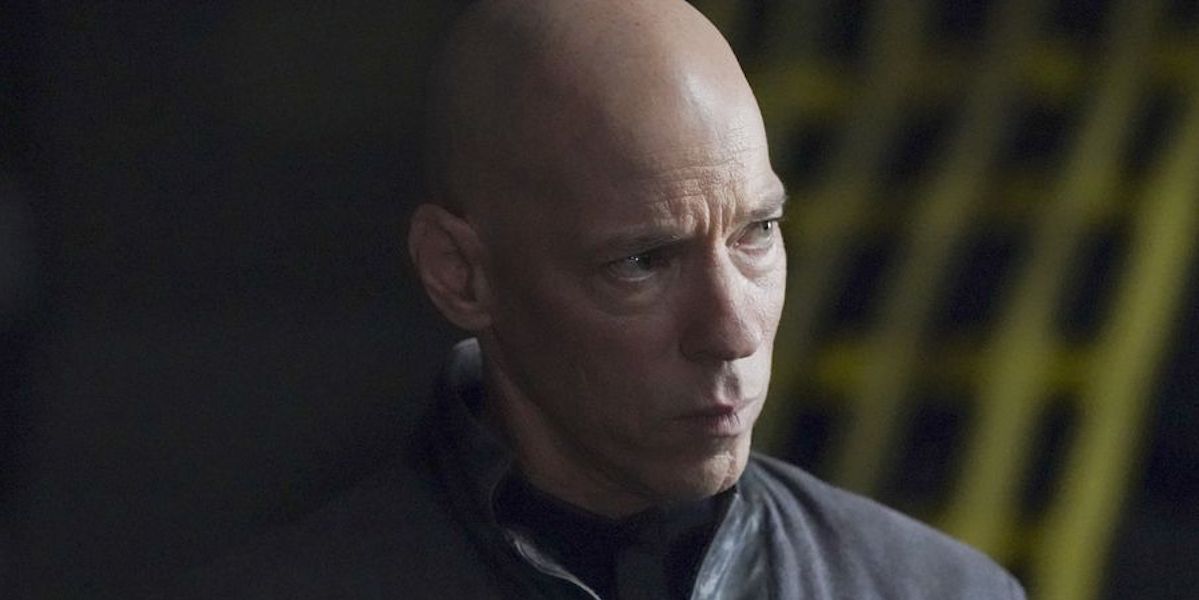 I have played mostly single episodes, or maybe three or four episodes on a show, and you don’t get to have the opportunity to explore many sides of the character, and play an arc and really grow with the character and see what happens. So that was just an experience, and a big surprise, unexpected!

“As I Have Always Been” showcases a lot of different parts of Enoch’s personality. What was it like to get into the darker side of our favorite sentient Chronicom?

It was so much fun. Getting to play the killer, assassin Enoch, evil dark side, it was fun. It was just totally opposite of who we came to know Enoch as — this pacifist, supportive guy that would sacrifice himself! So then to turn into a focused, singleminded, purpose-driven killer was just great. Even in that one moment where he’s grabbing [Daisy] by the throat, that was… yeah, that was really fun stuff to get to play.

Of course, the emotional heart of this episode is Enoch’s choice to sacrifice himself for the team. What was that like to play?

It was a great opportunity for me to play that scene. I was so honored to have the writers put out a grand death scene for me. I didn’t expect it, I really didn’t. I wasn’t sure how they were gonna write me out of the show! I knew it was coming, but I didn’t know exactly how, so to read the script was really exciting for me. 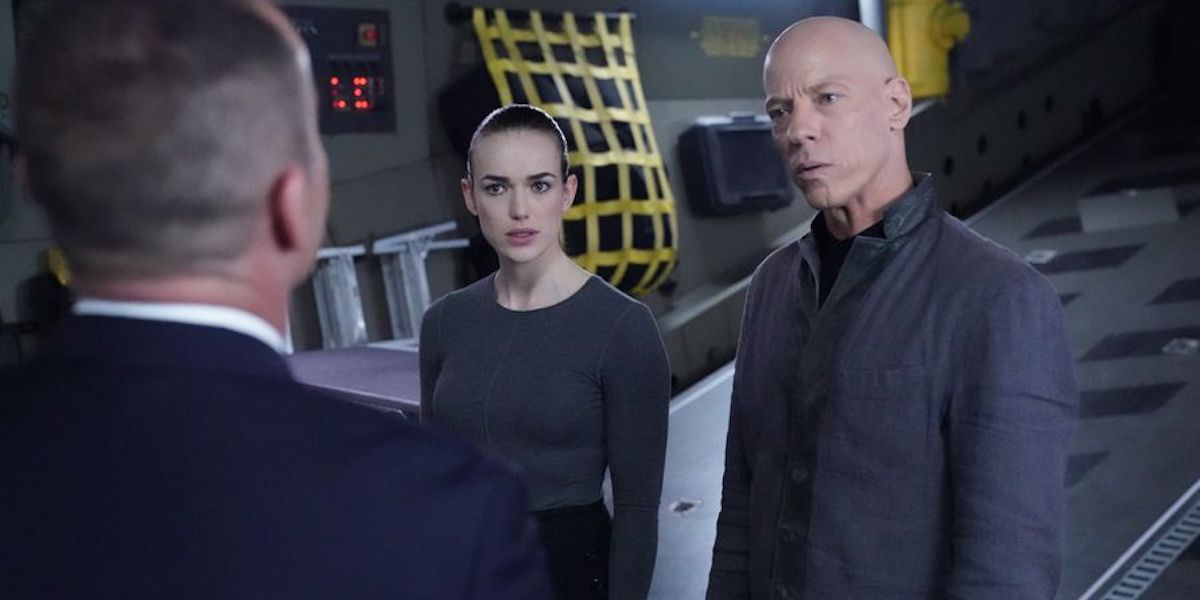 And you know, it kind of shows Enoch as an important and integral part of the S.H.I.E.L.D. team, and that means a lot to me, and I assume it will mean a lot to the fans. It was exciting to play that, I really enjoyed it.

Was it helpful to work with Elizabeth Henstridge as the director in Agents of S.H.I.E.L.D. season 7, episode 9?

It’s really exactly what that scene needed. You know, they would always have a good director come in for the show, but I think it was so fitting that it was Elizabeth, and especially that it was her first, debut episode. As an actress, she’s amazing to work with — she’s so talented and she brings her emotion in every scene she plays, and it’s so compelling. And she brings that to the role of director as well.

She’s not a super hands-on director, she wasn’t controlling the show from the beginning. She was trusting, and letting the actors bring what they brought to each scene, and she did that with my scene as well, with the death scene. And I think that allowed for it to play out the way that it did. I wasn’t sure — I actually didn’t see [the episode] until I just watched it, so it had been a year. I was a little bit afraid to watch it, I wasn’t sure. And I was glad, because I felt like there was a sense of trust in the room and you could see it come across, both because I had Chloe [Bennet] there and I had Clark [Gregg] there, and those two — I respect them and look up to them so much, for what they’ve done on the show, so having them next to me was a huge comfort, in a way. And then with Elizabeth just kind of pressing, I think that came through in the scene, and that for me is what makes for a lot of powerful drama. It makes it work.

Enoch drops a bombshell about the fate of the S.H.I.E.L.D. team in his final moments. What’s your take on the reveal that the team will end, but the family will endure?

I think for me t wasn’t about Enoch necessarily being a fortune-teller. It was just that he, as he’s dying — there was no real explanation from the writers about how he knows what he’s saying, and so I chose to play it as, he has a vision while he’s kind of floating in between life and death. He sees a glimpse into this specific moment for the S.H.I.E.L.D. team. It’s kind of like he gets to see a little bit into the other side. That was how I chose to play it. I didn’t necessarily have a specific understanding of what it was I was doing, other than that! 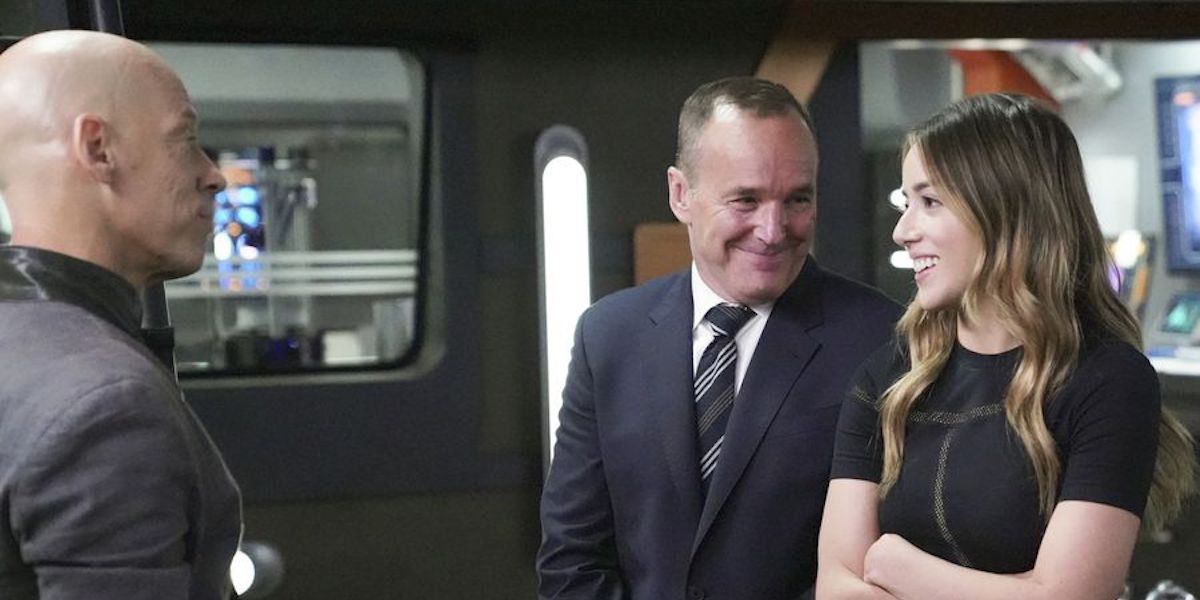 Enoch’s taking care of everybody all the way to the end, which is part of why he’s become such a fan favorite. When did you realize how much the character was coming to mean to the fans?

I started to feel that at some point in season 6, but I didn’t know what to expect from season 7. You just kind of do what you do, and you hope that it’s received. There was always a part of me that was like, eh, maybe people aren’t going to keep loving Enoch, and they won’t respond. And then when I started to see that Enoch was having an effect on fans in a positive way, I was thrilled. I mean, I started to recognize through the fans even moreso than what I was reading in the script, that Enoch was a part of the S.H.I.E.L.D. family. That really came from the fans! 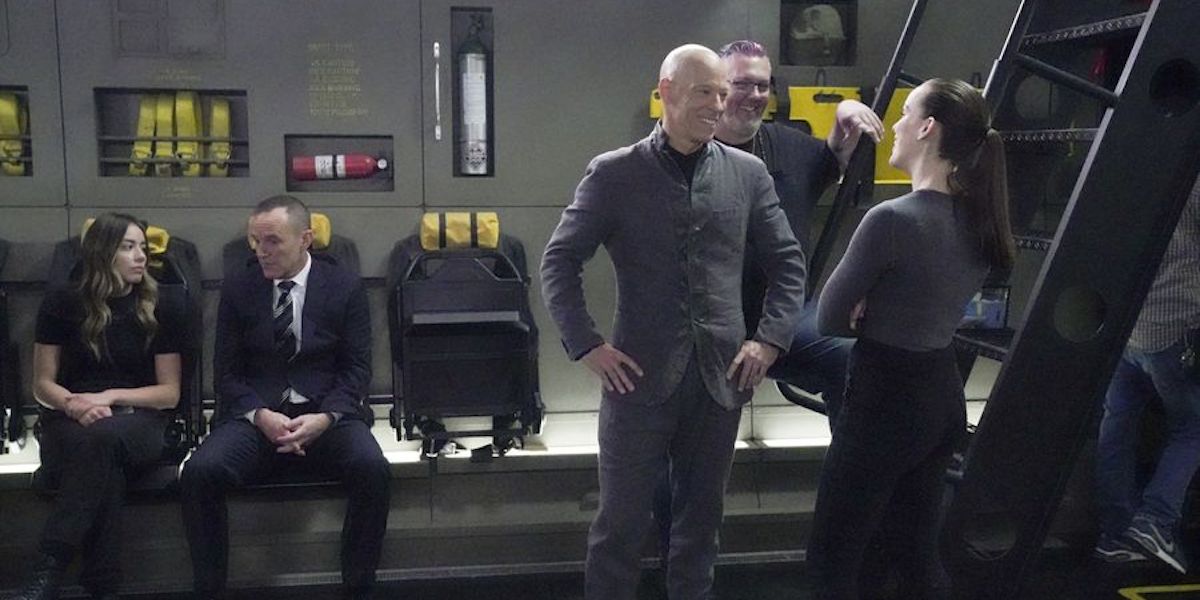 The fans dictate a lot of what happens, whether they know it or not. I think their interest and excitement for what’s going on can push the story in one direction or another, and that really made me feel pretty special.

Do you have any highlights you can share from your time on the show?

The whole experience was so amazing for me. To come up with one specifically, it’s been hard. I’ve been asked that question before, and I really, nothing specific jumps out. I had a great experience working on episode 6×03, because there was so much for me to do! As an actor, you want to be able to play as much as possible and I got to play a lot in that episode, and work with some amazing people, and have such a collaborative sharing of ideas and how to make something work, and be taken seriously as an actor and have my opinion count.

That was really what I come away from the whole show with, just to get a chance to be up here, to be on-par with the people that are creating the show, and have a voice. That would really be the main thing.

I will too. Barracooladas for everybody!