Swamp Thing season 2 may be dead in the water at DC Universe, but here are three steaming sites that could give the show a second life.

In the best possible timeline, this article wouldn’t be about Swamp Thing season 2 at all. Instead, it would be a recap for the show’s eleventh episode — one of the final three that fans never got to see because DC Universe shortened the first season from 13 to 10 episodes.

In a better world, this article would be about Swamp Thing season 2 — one that was a confirmed reality rather than a far-flung dream. It would be part wishlist, part theorizing, pondering what storylines the season would mine from the comics and how they’d build on concepts and creatures glimpsed in the first season. I’d make predictions about who we’d see — Anton Arcane, likely, Etrigan or Constantine, perhaps — and the direction the show would take with Kevin Durand’s Floronic Man.

Unfortunately for all us fans, we are living in the darkest timeline. A timeline in which Swamp Thing‘s first season was not only shortened — forcing the writers to wrap up a multitude of storylines and characters arcs with three fewer episodes — but one in which Swamp Thing season 2 remains a hope and a wish, rather than a reality.

However, I am stubbornly clinging to the idea that our hopes could become reality. We’ve seen it time and again — other networks and streaming sites stepping in to rescue a show after it’s been unfairly cancelled. Amazon saved The Expanse when SyFy cancelled it, Netflix rescued Lucifer when Fox cancelled it, PopTV saved One Day at a Time when Netflix cancelled it…the list goes on.

So even though Swamp Thing has ended its time on DC Universe, we could be saved from the absolute darkest timeline if one of these three streaming sites came through to save the day.

The site or channel who could save Swamp Thing would have to be able to contend with Swamp Thing’s admittedly hefty budget (did you see that Floronic Man suit? That type of artistry doesn’t come cheap!), be comfortable giving the writers the creativity and freedom to continue to make an unconventional comic book show, and have a preexisting relationship with DC in the shape of already having a show or two that came from the DC Comics pantheon of stories.

Since I wasn’t overly familiar with Epix, they got left off at first — until I saw Pennyworth, which really impressed me with its high quality and high production values.

With Pennyworth, Epix checks off all three boxes as a potential candidate to give us Swamp Thing season 2. Pennyworth represents their tie to DC Comics, and its success could potentially open more doors for DC properties to settle at the streaming site. It was also clear from talking to the writers, producers and actors of Pennyworth that Epix is more than open to creating and supporting a non-traditional ‘superhero’ show — as Pennyworth itself focuses on the exploits of Batman’s butler years before he becomes servant and mentor to the broodiest hero in all of DC Comics.

Finally, it’s obvious from the opening scene of Pennyworth that Epix is both capable and willing to invest the time and money into a show. This is especially important for a show like Swamp Thing, whose budget is certainly not an insubstantial concern.

The downside of Epix is that Swamp Thing is quite outside its purview in terms of the types of original programming it produces. It tends to trend toward grounded, gritty dramas and thrillers, so a decidedly supernatural horror show would be a stretch for the site.

Still, if Epix was willing to take a chance on a genre outside its usual, it would make a great new home for Swamp Thing and would certainly net me as a subscriber.

Netflix has a long and rather steady history with DC Entertainment already. It saved DC/Vertigo property Lucifer when it was cancelled by Fox, it’s going to be the home for the long-gestating TV adaptation of the iconic and beloved Sandman series, and it is already the streaming home for all the current DCCW shows.

So why not add one more to the bunch?

Netflix easily checks off the other two boxes I was looking for in a potential candidate to revive Swamp Thing — it’s well-known for providing its creators and creatives with the budget necessary to put out some truly stunning, well-produced shows, and the absolute breadth of content it produces on a yearly basis means that a supernatural horror love story about a plant monster would not be near the strangest thing on its docket.

In fact, Swamp Thing would be quite at home here with its fellow DC/Vertigo adaptations of Lucifer and Sandman, and if Netflix ever wanted to go ahead and push for Justice League Dark to add to its lineup, I’m sure every single Swamp Thing and DC fan would be thrilled.

On the one hand, I’m not blind to the fact that Netflix has made it company practice to cancel a show — even a financially successful and/or critically praised show — after two or three seasons, so there’s a chance that in two more seasons, I’d be writing this same article over again.

On the other hand, I’d rather have two or three more seasons of Swamp Thing than no more seasons at all, which is where we’re currently at. So based on both the budget they could bring to the table, the wide viewership and the preexisting (and potential future) connections to DC Entertainment, I’d love for Netflix to be the one to give us Swamp Thing season 2. 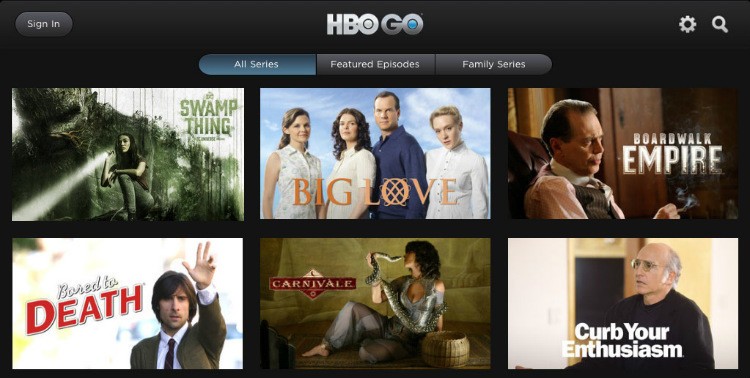 I consider this the best possible scenario for our wonderful little monster show.

The show could land at either spot — either HBO the channel, to then stream on HBO Go, or on the fully streaming site HBO Max, set to release in 2020. It would be a fantastic fit for either place, and I would immediately pledge my allegiance to HBO for eternity.

HBO and — I’m going to assume — HBO Max have both the budget for their shows and the confidence in their shows to make this the ideal landing spot for a Swamp Thing season 2 and beyond. HBO has a history of giving us cinematic-level experiences with their television shows in terms of their production value, which would likely make future Swamp Thing seasons look even better than the already fantastic looking first season.

The company also gives freedom to its creators and doesn’t limit the type of programming it develops, and there are plenty of other shows with monsters and magic, terrifying creatures, and deeply romantic love stories for Swamp Thing to blend in with. HBO consistently puts out high caliber, well-written and terrifically acted shows that go on for multiple seasons, and Swamp Thing could absolutely be another one to add to its already impressive lineup.

Speaking of lineup, HBO’s Watchmen and the fact that Doom Patrol will play on both HBO Max and DC Universe signifies the third and final criteria for what would make HBO or HBO Max such a good fit for Swamp Thing. Both of these shows — like Swamp Thing — represent an unconventional, subversive take on superhero comics and comic book adaptations.

On the pure streaming side of things, the fact that HBO Max took on Doom Patrol shows that it’s not afraid of comic book adaptations that are slightly left of center and would make having Swamp Thing on there as well a good pairing.

In terms of live TV, having Swamp Thing season 2 set to play on the same night as (and I’m making the easy assumption that such a thing will happen) Watchmen season 2 is a dream of mine and would represent one of my favorite nights for television watching since…probably ever. Having the show air on HBO would also guarantee a bigger audience for Swamp Thing than it currently received on its current home, which would likewise make my entire year.

Really, though, I’d be happy if any one of these — or any site or channel at all — gave us Swamp Thing season 2. This is such a fantastic show — one that deserves a full order of six seasons and a movie — and one that I hope does get saved. The show deserves it, and so do us fans!