Adam McKay’s new Dick Cheney biopic Vice isn’t worth a trip to the theater, but check out our list of the 10 best political movies to watch instead.

Three years after Adam McKay’s hit movie The Big Short was nominated for Best Picture at the Oscars, his newest film Vice is vying for its own chance with awards voters. This time, McKay turns his attention to the 46th Vice President of the United States, Dick Cheney.

Vice is the story of Dick Cheney’s rise to power, from Yale drop out raising a family in Wyoming, all the way to the White House among some of the world’s most powerful people. Vice also happens to be a pretty bad movie.

See, Vice isn’t your typical biopic. It’s a hyper-stylized imitation of real events that seeks to lay a sanctimonious diatribe at the audience’s feet. The movie opens with a title card that reads:

“The following is a true story.

Or as true as it can be given that Dick Cheney is one of the most secretive leaders in history.

But we did our fucking best.”

See, here’s the movie’s first problem. From the outset, it proclaims that the creators worked hard to get the facts right in order present audiences with the whole truth. Then why is it that after that unusual title card, the entire film reeks of artifice, imitation, and cheap, caustic sentiment? It’s because Vice isn’t nearly as concerned with getting the facts right as it is interested in wagging its finger at the audience for not paying attention to the news.

Vice, intent on covering Cheney’s entire legacy, is so bogged down by covering the highlights of a several-decade long career that it fails to deliver the kind of nuance or comprehensiveness that would make a film like this successful. The movie reduces significant moments in Cheney’s career, including his time at Halliburton, to punch lines that clash with the film’s tone, obscure important narrative elements, and undermine the purpose of the movie itself.

Moreover, if you saw The Big Short, you won’t be surprised to hear that director Adam McKay infuses the film with countless fourth-wall breaking gags including a false ending (complete with credits!), a scene performed entirely as a Shakespearean soliloquy, and countless, frequently nameless narrators. All of these elements are simply exhausting, trying and failing to infuse this story with the incisive critique it so dearly lacks. 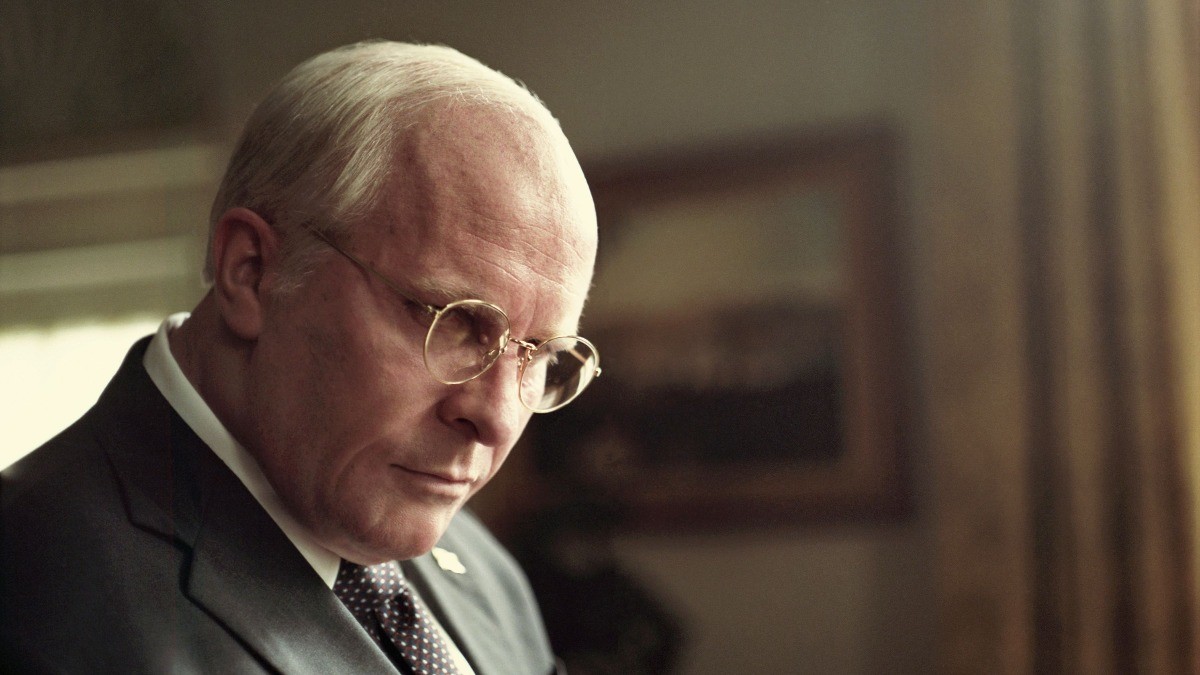 These elements also try, and again fail, to bring humor to this story. I must imagine that Vice believes itself to be a sort of genius satire because why else would it attempt to induce laughter at something that is so obviously unfunny? The comedic elements in the film inhabit an entirely disparate world than the dramatic ones making McKay’s attempt at bringing them together tedious and barely tolerable.

I went into Vice hoping that, at the very least, I’d enjoy watching the performances by the wealth of actors that appear in the movie. With performances by Amy Adams, Christian Bale, Sam Rockwell, Steve Carell, and more, you might expect a tour-de-force of stellar acting. No such luck, I’m afraid. The actors are nearly all relegated to playing caricatures that might have felt more at home in an SNL skit rather than a major Hollywoood production.

In the end, Vice is the kind of political movie that adds up to little more than a sarcastic Wikipedia page, so yeah, it’s bad. Trust me when I say you should save yourself a trip to the movie theater. Want to know more about Dick Cheney? Curious to know how he changed the course of U.S. history? Lucky for you, we live in the information age and far more thorough sources are available at a moments notice. You need not suffer through McKay’s fever dream of a biopic just for an incomplete picture.

The best political movies, including everything from thrillers to satires, make up a unique sub-genre that can, when done well, posit challenging and incisive political critiques that entertain and educate in equal measure. Vice manages no such feat and watching it strain to accomplish this isn’t worth your time.

This year, skip Vice and check out our list of the 10 best political movies instead. 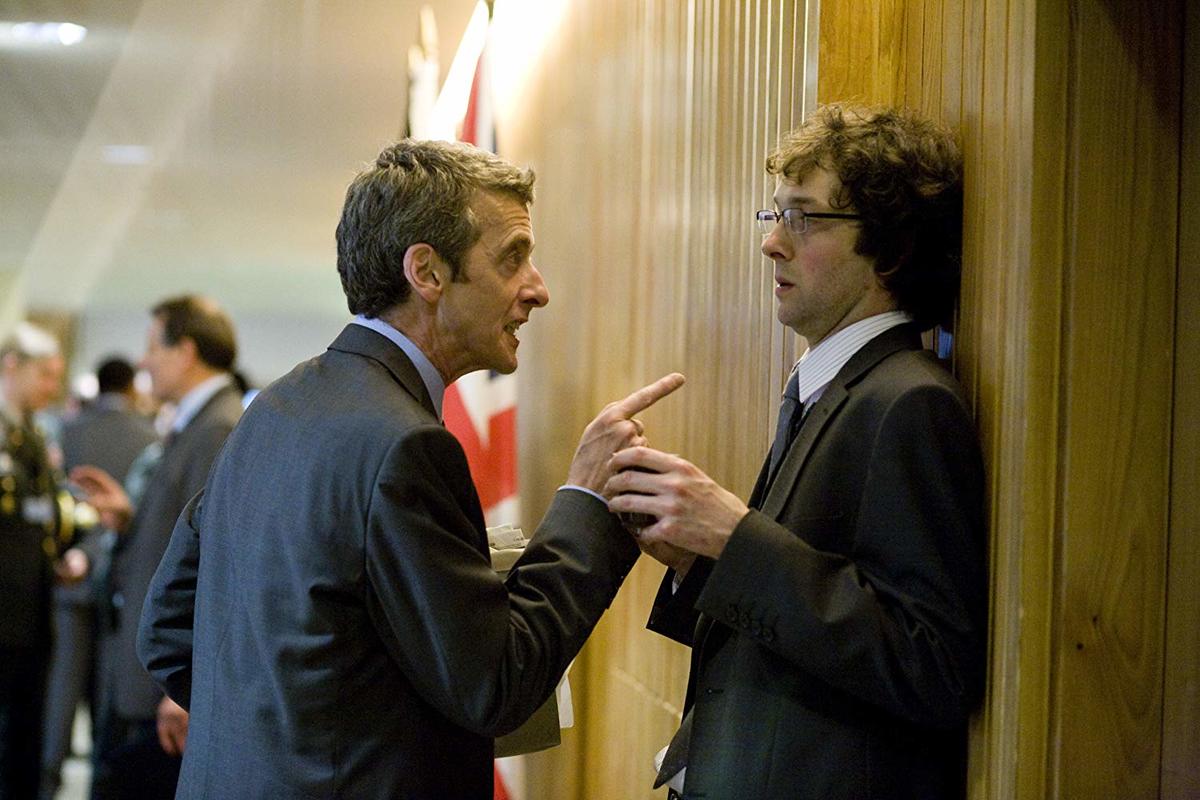 Before Armando Iannucci made it big in the U.S. with HBO’s Veep, his film In the Loop enjoyed a critical success and landed an Oscar nomination for Best Adapted Screenplay. Much like Veep, In the Loop is a satirical black comedy that mocks, with vicious ferocity, every kind of government official possible from elected leaders to appointed generals to interns. The comedy here works because of how unreservedly it nosedives into the absurd, a kind of fearlessness Vice doesn’t have, making it one of the best political movies ever. 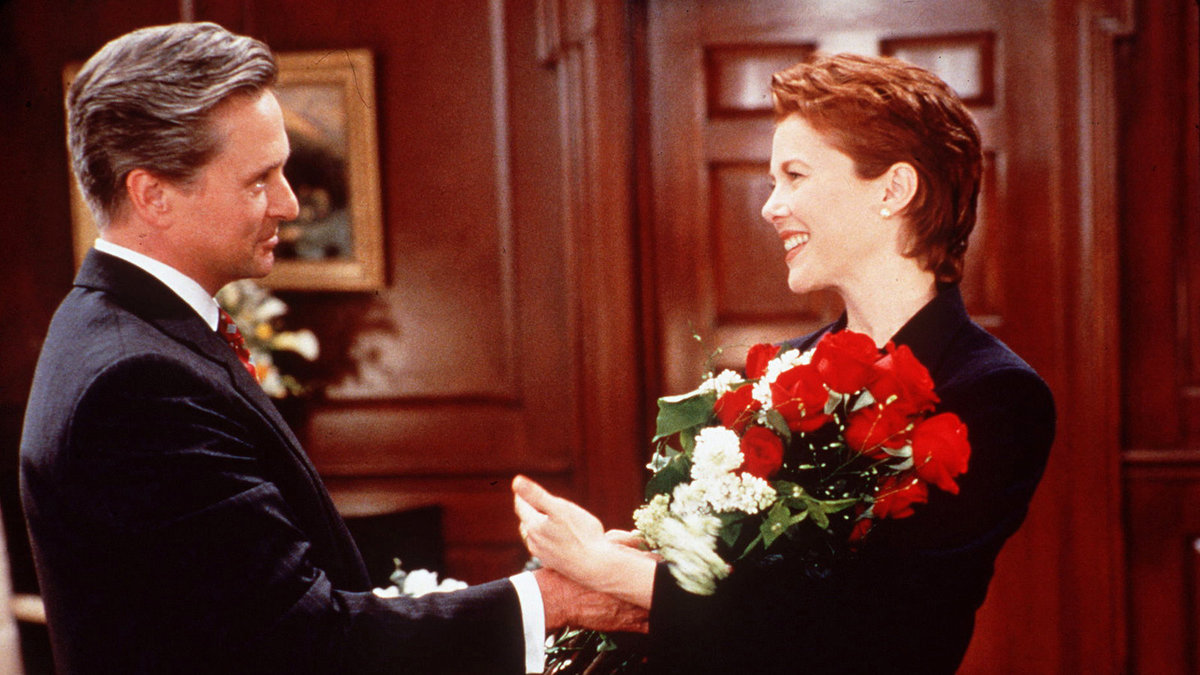 The American President is a rare political rom-com, following Annette Bening as an environmental lobbyist that falls in love with the President of the United States (Michael Douglas). Written by Aaron Sorkin, who would go on to write The West Wing, the film successfully combines the political beats of the story with the romantic ones to create a special movie that deals with interesting ideas about the overlap between personal and political boundaries. 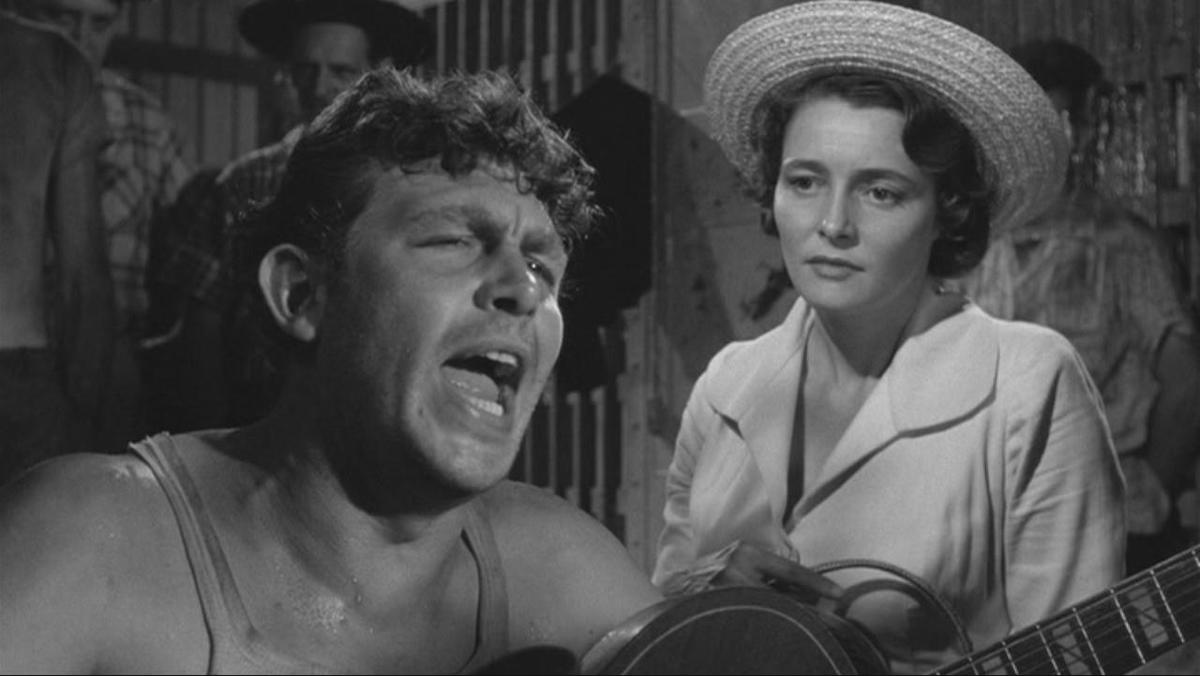 Elia Kazan’s 1957 film A Face in the Crowd charts the meteoric rise of a charming drunk from Arkansas with a talent for singing and storytelling as he enters the public arena. The movie is an unsettling and prescient look at the powers and limits of the press and the effects that one man’s cult of personality can have. Sound familiar? There are more than a few Trump parallels in A Face in the Crowd that underscore the film’s importance, now more than ever. If it wasn’t already one of the best political movies ever made, it is now. 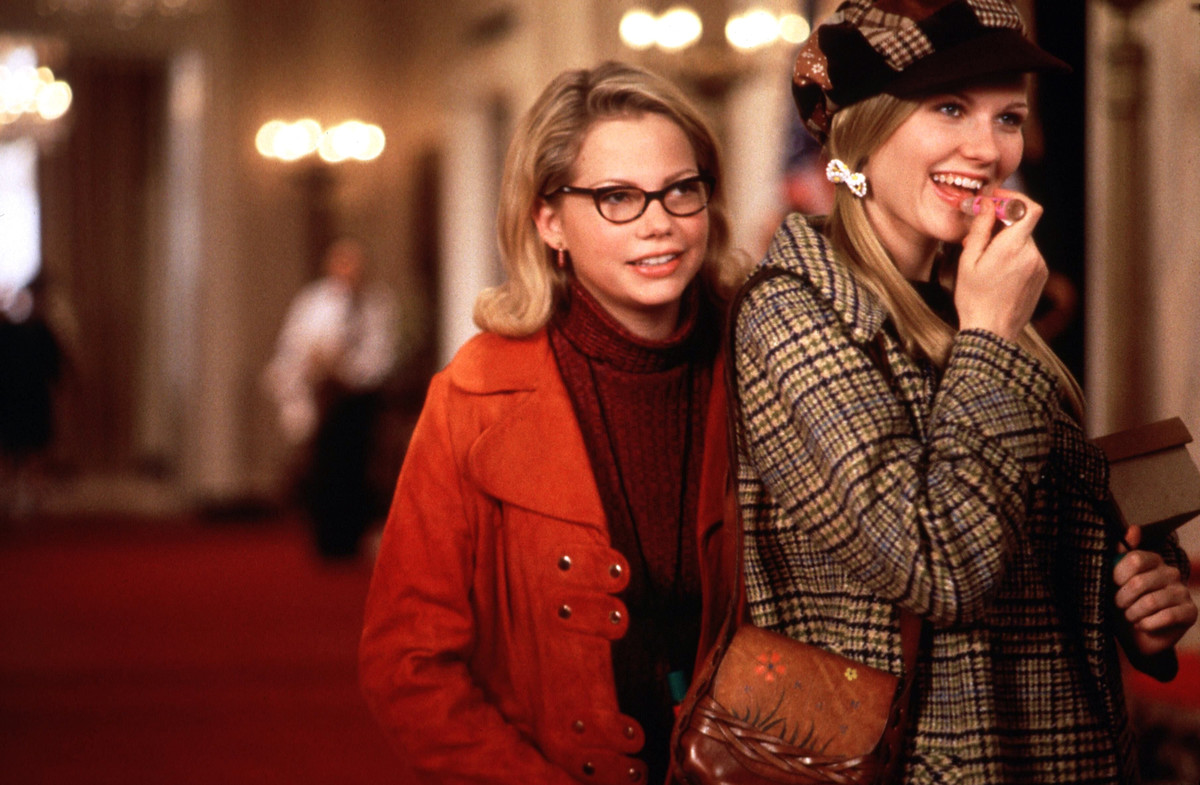 Vice tries its hand at some absurdist elements, but it can’t quite stick the landing. It always pivots back to more a more traditional narrative making the absurdist elements feel out of place. Have no fear though; in Dick, Michelle Williams and Kirsten Dunst play best friends that just happen to stumble onto the scene of Watergate. After Nixon hires them to walk his dogs in hopes of keeping them quiet, the two girls help lead to Nixon’s own downfall. Dick is a delightfully tongue-in-cheek comedy that satirizes the American political arena with ease. 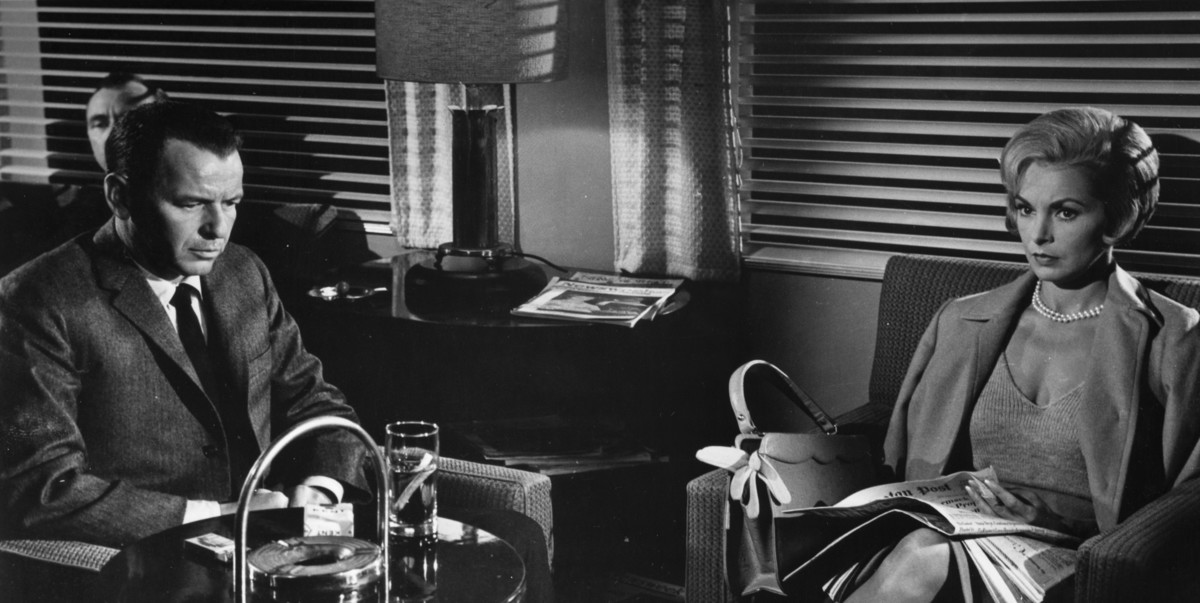 Many movies have tried and failed to replicate the distinct energy of the 1962 political thriller The Manchurian Candidate. Starring Laurence Harvey, Frank Sinatra, Angela Lansbury, and Janet Leigh, the film follows the return of a platoon of U.S. soldiers after captivity in in communist China. What follows is a terrifying tale of conspiracy, brainwashing, and an attempted government takeover. The Manchurian Candidate is undoubtedly a product of its time, however, it remains poignant today.

Want to see a the fourth wall properly broken? Skip Vice and check out Alexander Payne’s Election starring the Reese Witherspoon and Matthew Broderick. The plot of the film centers around a high school student government election which may make you it shouldn’t be on this list, but the film is more politically savvy than Vice could ever be. 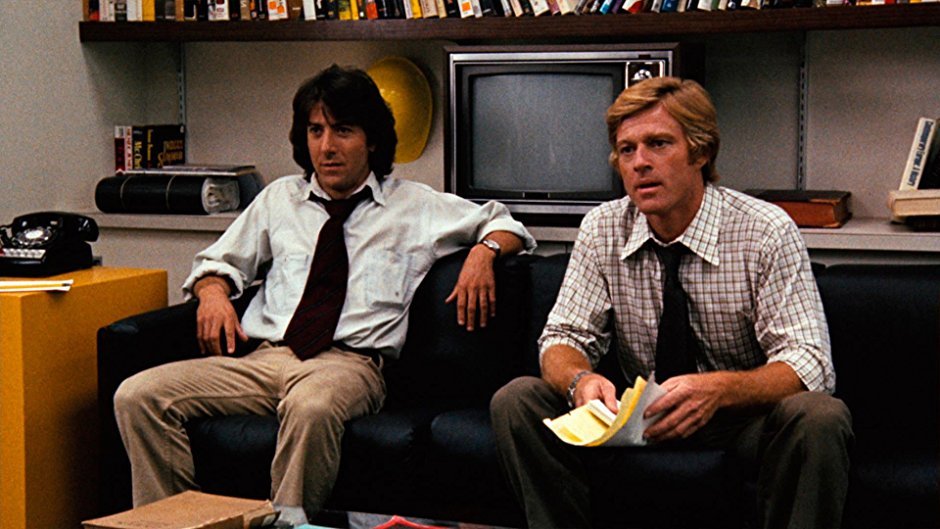 When it comes to films about challenging authority and holding the government accountable, it doesn’t get much better than Alan Pakula’s 1976 film All the President’s Men. The movie chronicles, with exhaustive detail, the investigation by two Washington Post reporters into the Watergate scandal. 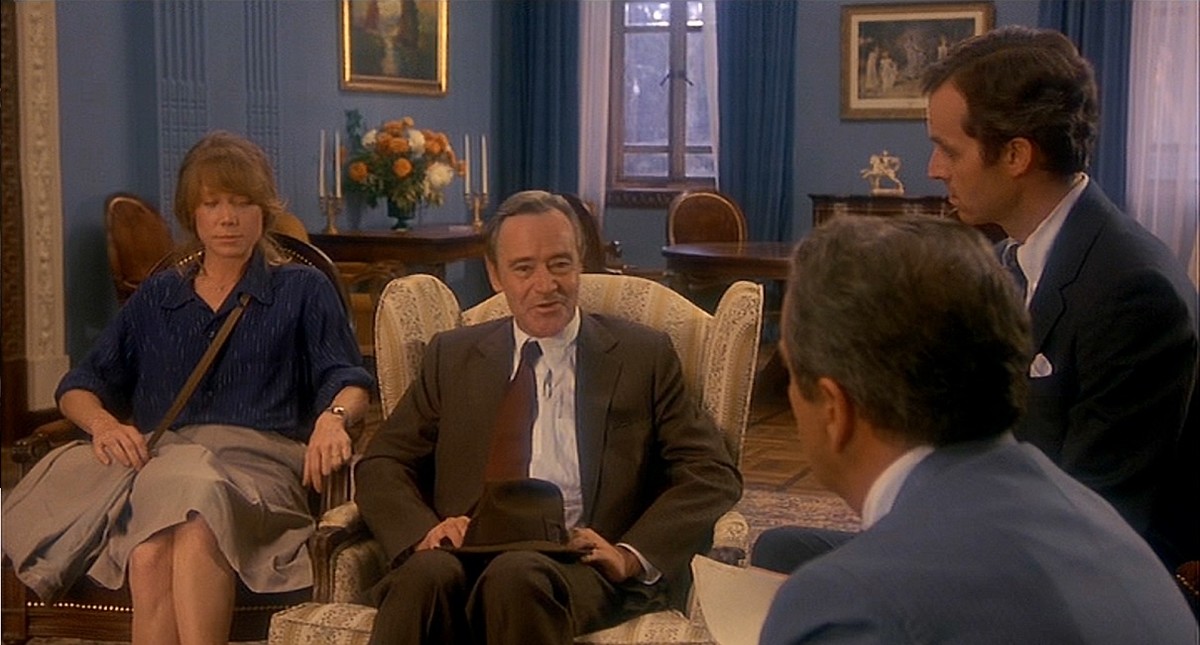 Based on a true story, Costa-Gavras 1982 film Missing follows the events following the disappearance of American journalist Charles Horman. Charles’ wife Beth and his father Ed travel to Chile following the U.S.-backed Chilean coup of 1973 to search for Charles. The film is a powerful and astute look at the impact of American foreign diplomacy, revealing the corruption and deceit that has for so long defined the inner workings of the American government. It’s one of the best political movies you can watch today. 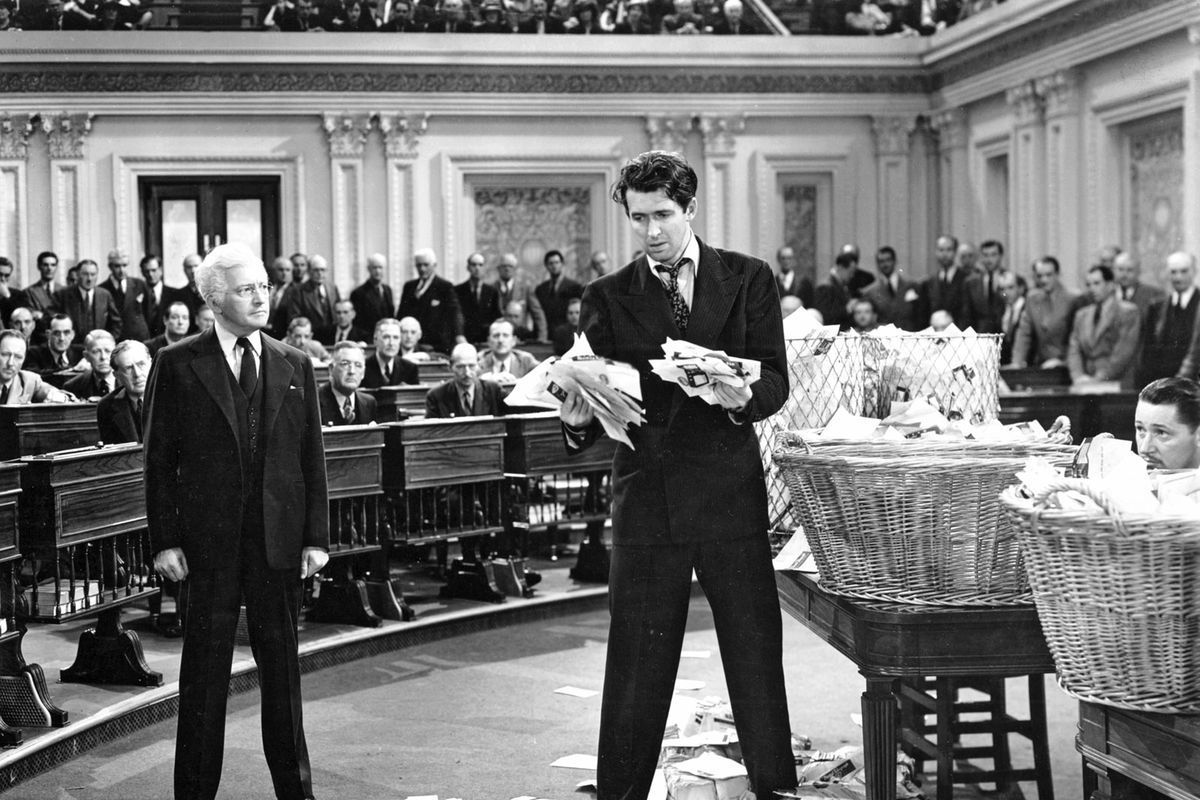 ‘Dr. Strangelove or: How I Learned to Stop Worrying and Love the Bomb’ (1964) 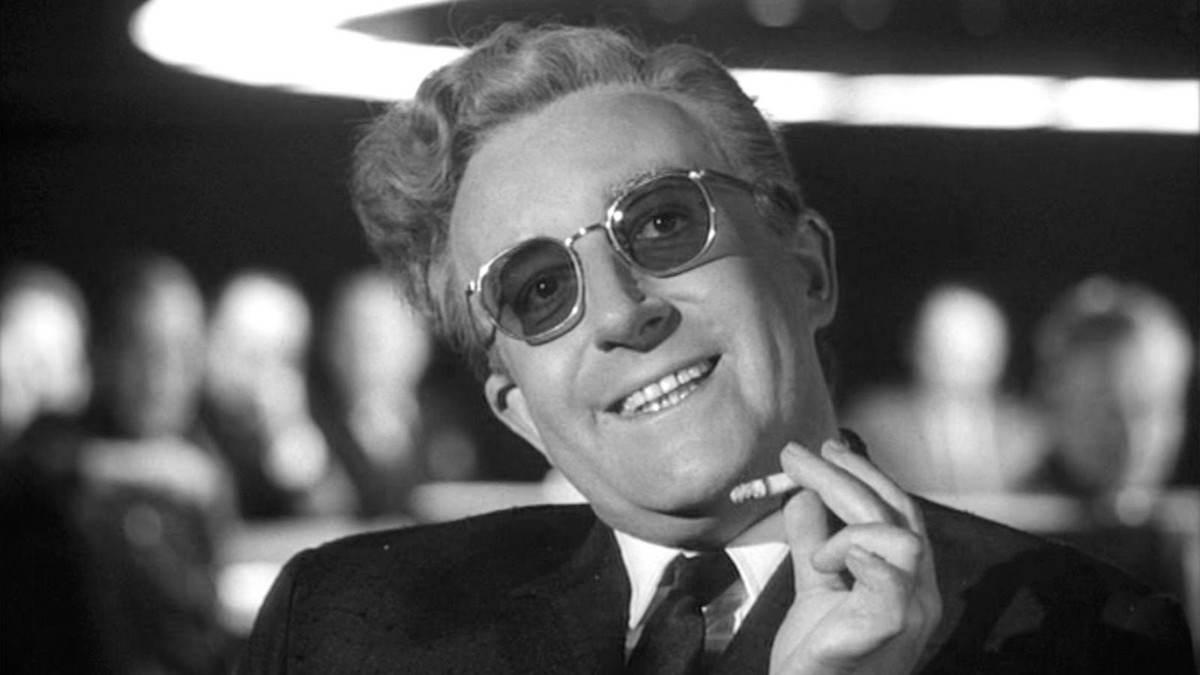 It’s a fact that any list of the best political movies without Stanley Kubrick’s Dr. Strangelove is incomplete. With his 1975 film Dr. Strangelove or: How I Learned to Stop Worrying and Love the Bomb, Kubrick crafted a genre-defining political satire about Cold War tensions between the U.S. and Soviet Union over the threat of nuclear weapons. Kubrick weaves a tight and heady satirical voice with a stylish and commanding visual style that makes for a jarring cinematic experience that delivers far more bite than Adam McKay’s whimpering Vice.